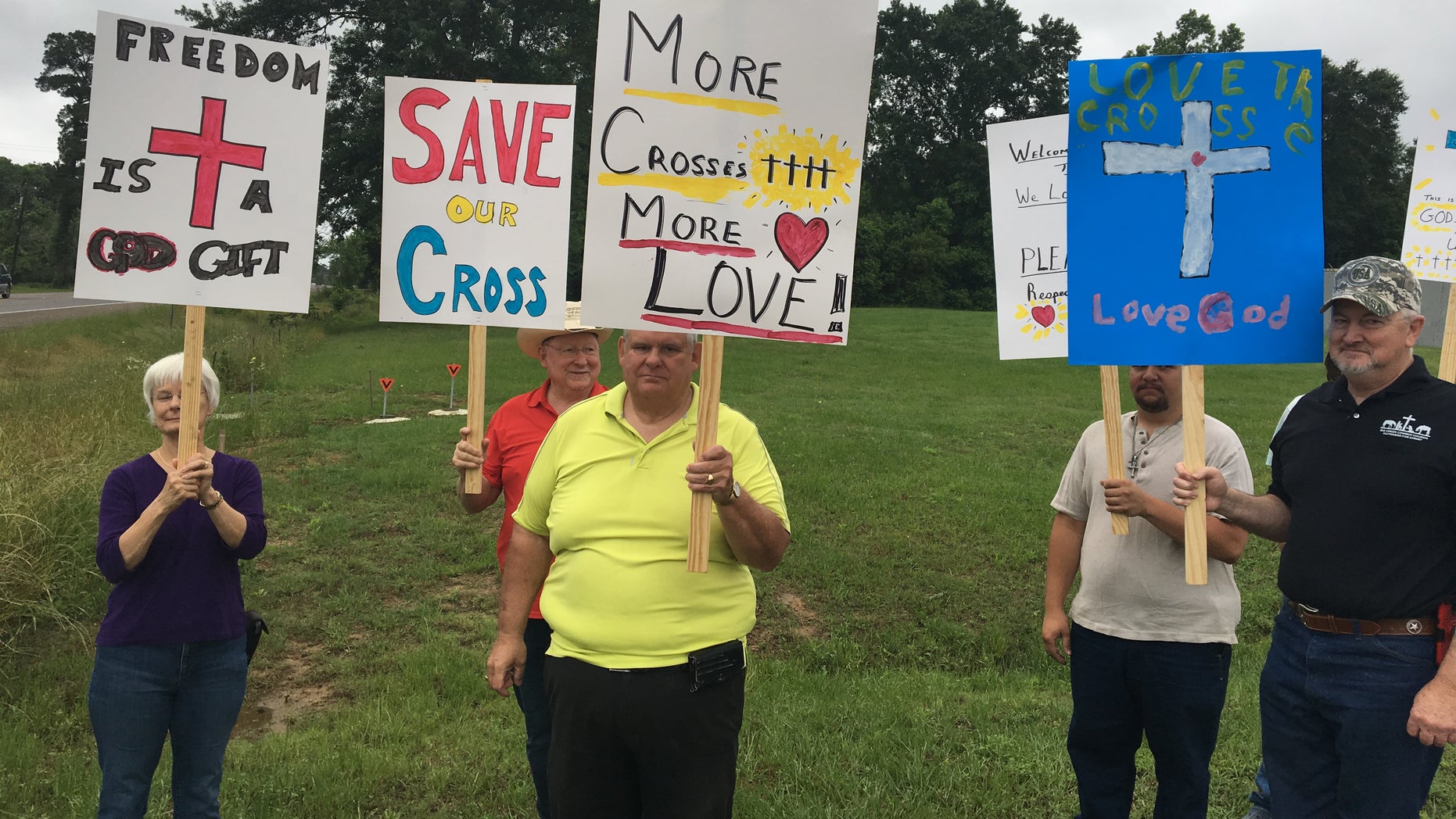 COLDSPRING, Texas — It was a request that angered many in this close-knit, rural community near Houston.

The Freedom From Religion Foundation demanded that four white crosses at the San Jacinto County Courthouse be removed immediately, alleging it violated the Constitution.

FFRF said it sent the request after receiving a complaint from someone living in the city that the county displays the crosses “all year round and even lights [them] up during the holiday season.”

But that demand was immediately met with anger by some members of the community — who pleaded with the county to keep the crosses.

On Wednesday, county lawmakers voted unanimously to keep the four Latin crosses after hundreds of people protested the request to take them down.

The county judge and four commissioners made the decision at a packed Commissioners Court meeting, where about 600 people showed up, following nearly two and a half hours of public comment.

“I am a Christian woman, a child of God. I’m here today as a servant of Jesus Church, our Lord and Savior, asking that the crosses on our courthouse in Coldspring be left on this building,” said one woman. 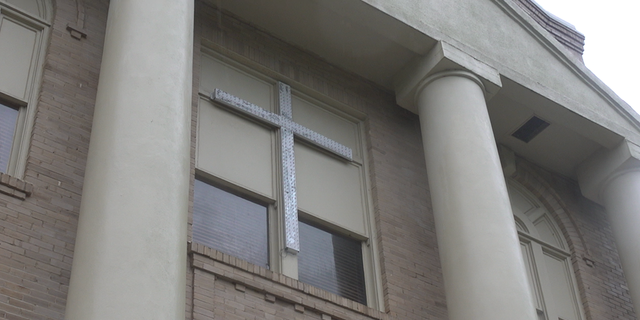 The crosses are displayed on the sides of the San Jacinto County Courthouse. They are lit up during the holiday season.
(Fox News)

FFRF alleged the crosses were a violation of church and state.

“The Constitution requires that the government not promote and advance or endorse religion, and by endorsing Christianity as the official county religion by having these symbols up on the county courthouse, the County is violating the establishment clause,” said Chris Line, an attorney for the organization. 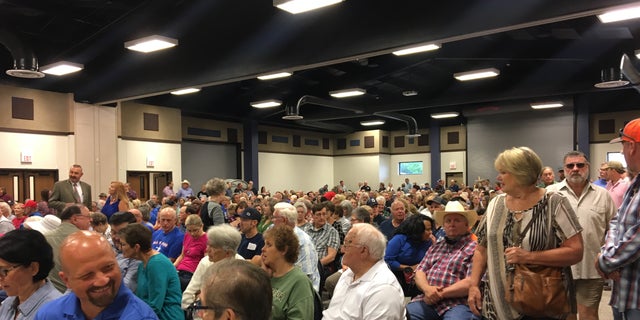 Pastor Phil Herrington of First Baptist Church said the FFRF conflicts with their freedom to express their religion.

“Freedom from Religion Foundation, you’re forcing up your beliefs upon others,” said Christian Stanley, a student of Cavalry Christian Academy. 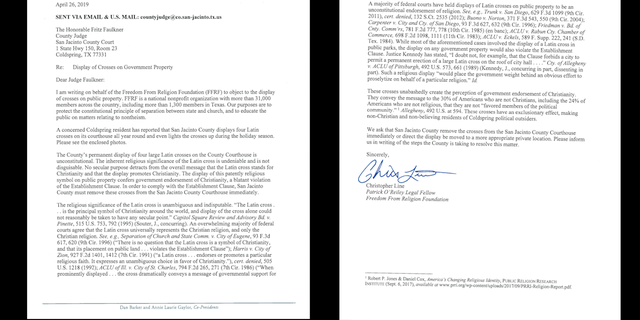 FFRF said it was not against all forms of religious expression. It simply opposes government from taking a religious viewpoint, which the San Jacinto County does, the group claims, by displaying the crosses.

“Right now, the government is endorsing Christianity, not the people. In fact, the only thing it’s doing right now is suppressing non-Christians’ ability to practice their religion,” Line said.

Line said the group receives 5,000 complaints from people across the country each year. They have had varying degrees of success.

In 2016, they succeeded in getting a Texas county sheriff to remove crosses from its patrol vehicles. Two years ago, Santa Clara, Calif., removed a Latin cross from a city park after being slapped with a lawsuit by the FFRF.

After hearing about the county’s decision, Line sent a statement, saying: “It is extremely disappointing that the County has decided to continue violating the constitutional rights of its citizens. FFRF will be following up with our local complainant and evaluating our next steps.”

The Buttigieg bounce: how ‘Mayor Pete’ shot to the top of the Democratic field