Debbie Harry claims she once escaped from a late-night encounter with serial killer Ted Bundy in New York City in the early 1970s.

The 73-year-old lead singer of Blondie stands by her story, which she is expected to discuss in-depth in her upcoming memoir Face It, which is due to be published in October, according to Rolling Stone.

According to Harry, she met Bundy while trying to get home from Manhattan’s East Village in 1972.

She says the encounter took place when she climbed into a stranger’s car on Avenue C after being unable to hail a cab, according to Interview Magazine. 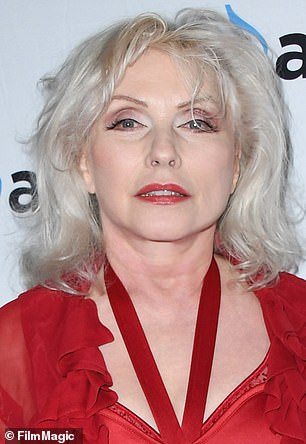 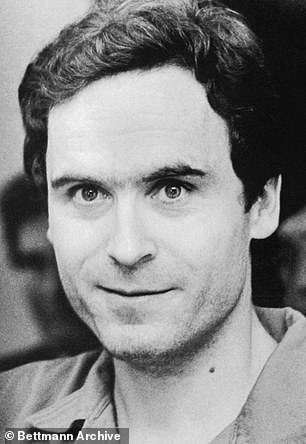 Debbie Harry (left), the lead singer of the hit group Blondie, has long claimed that she was nearly abducted by Ted Bundy (seen right in the late 1970s) in New York City in 1972 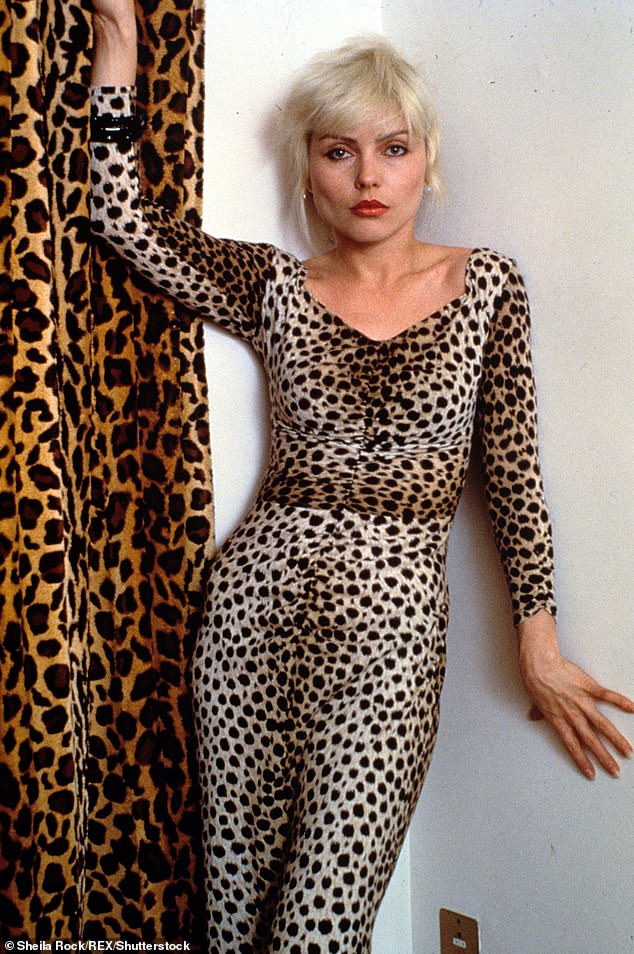 ‘I wasn’t even in a band then … I was trying to get across town to an after-hours club.

‘A little white car pulls up, and the guy offers me a ride.

‘So I just continued to try to flag a cab down. But he was very persistent, and he asked where I was going.

‘It was only a couple of blocks away, and he said, “Well I’ll give you a ride.”

‘I got in the car, and it was summertime and the windows were all rolled up except about an inch and a half at the top.

‘So I was sitting there and he wasn’t really talking to me.

‘Automatically, I sort of reached to roll down the window and I realized there was no door handle, no window crank, no nothing.

‘The inside of the car was totally stripped out.’

Harry then said she noticed that there was a hole where the radio and glove compartment should be.

Feeling unsafe, she quickly decided she needed to get out.

In order to open the door, she reached out of the window and grabbed the door handle from the outside.

‘As soon as he saw that, he tried to turn the corner really fast, and I spun out of the car and landed in the middle of the street,’ she said.

Harry said the driver took her two blocks to Avenue A.

In 1989, Bundy, who killed at least 30 women in seven states over the course of just five years, was executed by way of the electric chair in Florida. 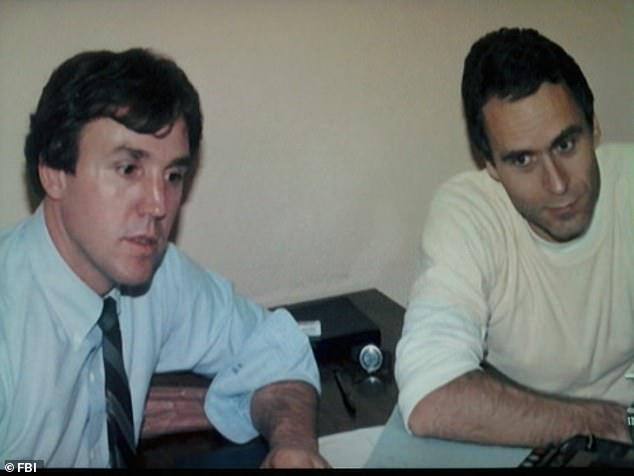 Bundy is seen right giving an interview to FBI agent Bill Hagmaier on the eve of his execution in January 1989. Harry says that after seeing news reports of Bundy being put to death, she realized he was the driver of the car that she escaped from in the East Village in 1972

Harry said that when she saw Bundy’s face on the news the next day, she realized he was the driver from whom she escaped in the East Village.

‘It was right after his execution that I read about him,’ she said.

‘I hadn’t thought about that incident in years.

‘The whole description of how he operated and what he looked like and the kind of car he drove and the time frame he was doing that in that area of the country fit exactly.

‘Truthfully, I hadn’t thought of the incident in 15 years. I’m one of the lucky ones.’

In the biographical book Blondie: Parallel Lives, Harry told a similar story of nearly being abducted in the East Village.

She added a few more details about her would-be abductor.

‘It was late at night and I was trying to get across Houston Street from the Lower East Side to 7th Avenue,’ Harry says in the book, which was released in 2012. 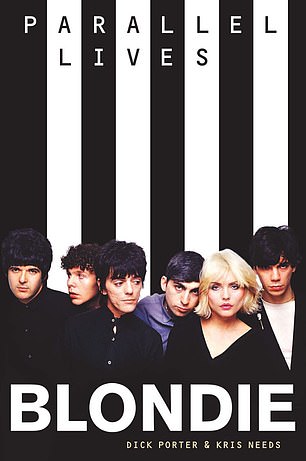 In 2012, Harry repeated the story about being almost abducted by Bundy in the biographical book Blondie: Parallel Lives

‘For some reason there were no cabs and I was wearing these big platform shoes.

‘This car kept circling round and round, this guy was calling out, “Come on, I’ll give you a ride.”

‘Finally, I gave in and got in the car. I realized I’d made a big mistake.

‘For one, it was very hot in the car, and the windows rolled up nearly to the top.

‘The guy had a white shirt and he was very good looking.

‘Then I realized this guy had the worst BO I have ever smelt.

‘Then I looked over at the door to crank down the window and saw there was no door handle, no crank.

‘I cast my eyes around and saw that the car had been gutted. There was nothing in there.

‘The hairs on the back of my neck stood up, so I stuck my arm out through the crack in the window and managed to open the door from the outside.

Harry later reflected in the book: ‘At the time I didn’t know anything about Ted Bundy.

‘I just thought, “Thank God I got away from that a*****e,’ and I just carried on – and years later, after he was executed, I got on a flight and picked up a Newsweek, and I’m reading this story, and it says “Modus Operandi,” and it describes how he looked, the inside of his cars, and the hair on the back of my neck once again went out, and I said, “Oh my God, that was Ted Bundy”.’ 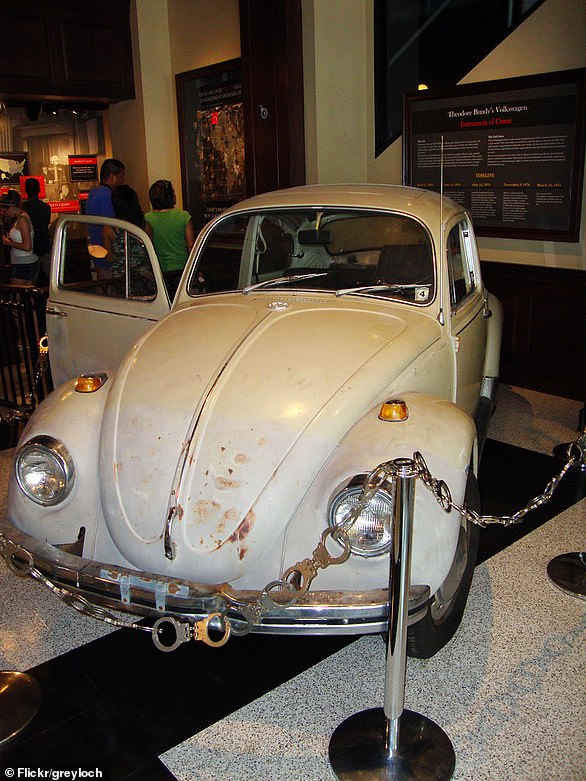 Ted Bundy’s infamous Volkswagen Beetle, which he used during his killing sprees in Seattle and Salt Lake City. Harry’s description of the car which she claims was driven by Bundy in 1972 does not match what police found in the Beetle

According to the fact-check web site Snopes, there is no known record indicating that Bundy was in New York at the time Harry claims she was almost abducted.

Bundy was born in Philadelphia and lived with his grandparents for the first three years of his life.

He then spent most of the rest of his life moving between the Pacific Northwest and Utah.

Bundy is also known to have started abducting and killing women in 1974. He did so in the area stretching from Washington State, Oregon, Utah, Colorado, and Idaho.

He escaped from a Colorado jail in 1977 and then fled to Florida, where he abducted and killed more women.

Bundy was finally re-arrested in February 1978.

As there is no record of his exact whereabouts at that time, it is possible that Bundy drove to New York in 1972.

But the car that Harry describes was likely not the infamous light brown Volkswagen Beetle that the serial killer drove.

Bundy drove the car during his killing sprees in Seattle and Salt Lake City.

The only modification he made was to remove the passenger seat so that he could lay his victims flat on the floor of the interior.

There is no known police report which indicates that the radio and glove compartment of Bundy’s Volkswagen were torn out. 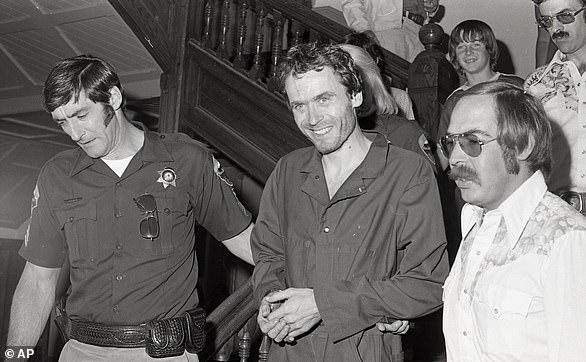 Creepy: Bundy is seen being led out of a Colorado court in 1977, the year he escaped from local law enforcement twice while awaiting a murder trial

While Bundy has confessed to dozens of murders and DNA evidence was used to convict him, he was known to change his story or offer contradictory facts.

He was also known to have spent some time on the East Coast, though he has never stated he was in New York City.

Bundy once said he attempted his first kidnapping in New Jersey in 1969, but committed his first murder in Seattle in 1971.

He once also claimed to have killed two women in Atlantic City in 1969 while visiting relatives in Philadelphia.

Although he could have made the two-hour drive to New York during one of his visits to Philadelphia, there is no credible account of him driving the car as described by Harry.

What states will lose Congressional seats due to the US Census Bureau data?