Black Lives Matter held demonstrations in New York City on Monday to protest the police killing of a 20-year-old Black man during a traffic stop in Minnesota the day before. 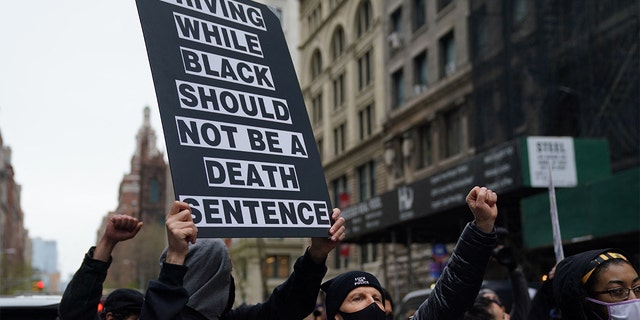 A video posted on Twitter by WPIX’s Christian Benavides shows more than 150 demonstrators marching near Brooklyn’s Grand Army Plaza while chanting, “Daunte Wright,” the name of the man killed in Brooklyn Center, Minnesota, a city of about 30,000 people on the northwest border of Minneapolis.

The march appears to have been organized by Riders4Rights, a group that identifies itself as a Brooklyn-based abolitionist group.

Videos on Twitter showed protesters later marching down the Manhattan Bridge, which had apparently been shut down. The crowd can be heard chanting, “Daunte Wright!” 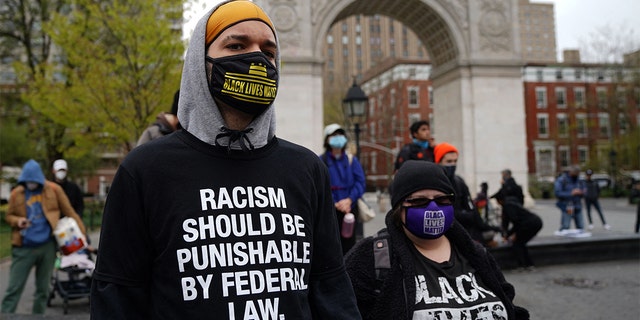 The New York Police Department advised people to avoid the Manhattan-bound upper-level on the Manhattan Bridge “due to ongoing police presence and traffic delays.”

The police officer who fatally shot Wright during a traffic stop apparently intended to fire a Taser, not a handgun, as the man struggled with police, the city’s police chief said Monday.

Brooklyn Center Police Chief Tim Gannon described the shooting death Sunday of 20-year-old Daunte Wright as “an accidental discharge.” It happened as police were trying to arrest Wright on an outstanding warrant. The shooting sparked violent protests in a metropolitan area already on edge because of the trial of the first of four police officers charged in George Floyd’s death.

Who was Natalie Jones? Missing mom found dead in Georgia

NIGEL FARAGE: I want my life back after three decades of Brexit battle