£170 fees for Covid tests ‘must be cut’: Fury over Government charge to screen returning holidaymakers amid claims the price is DOUBLE that of cheapest private provider

The Department of Health was yesterday urged to slash its rip-off fees for Covid tests for returning holidaymakers.

MPs and industry chiefs hit out at the Government for charging double what the cheapest private provider does for post-holiday PCR swabs.

It is currently demanding £88 for one post-arrival ‘gold standard’ PCR test and £170 for a two-test package.

That is double the £44 and £84 respectively that firm RT Diagnostics, the cheapest government-approved private provider, charges.

There are more than 70 firms charging less than the Government, according to a list of approved providers on its website. 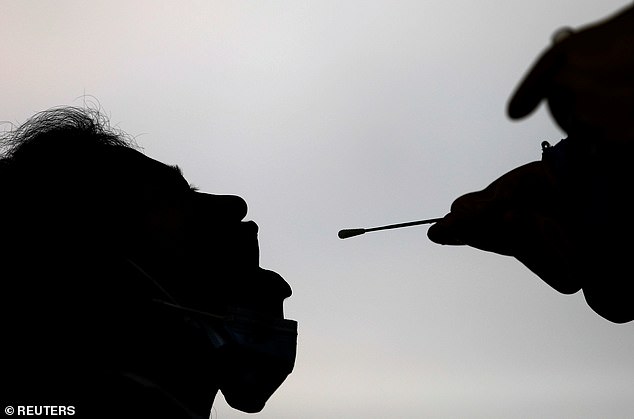 MPs and industry chiefs hit out at the Government for charging double what the cheapest private provider does for post-holiday PCR swabs. (File picture)

The Government’s prices could add more than £350 to the cost of a foreign break for a family of four to a green list country – returning holidaymakers need to take one PCR swab by day two.

The bill after returning from an amber country, for which two swabs need to be taken on days two and eight, would be nearly £700.

Critics last night said it was farcical that the Government is charging more than dozens of private firms – while asking them to drop their prices to make foreign holidays more affordable.

Private providers are said to be furious at being expected to drop their prices while the Health Department is charging more.

Research found that while the cost of a single PCR test in the UK was on average around £120, the average across eight of the most popular holiday destinations on the Continent was just £62.

This is partly due to several European countries either already axing VAT on tests, introducing a price cap on them or offering them free.

It has led to calls for ministers to intervene to bring down the cost of tests to prevent British families being priced out of trips abroad. 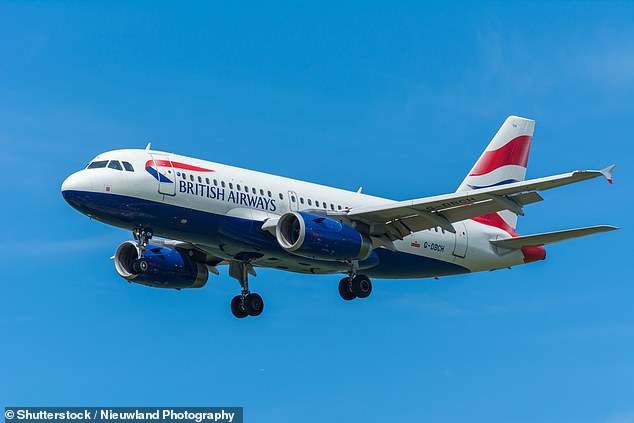 A Daily Mail campaign is backing calls for ministers to start by scrapping VAT on PCR tests so they can be made more easily available.

Although the price has fallen in recent weeks as new firms enter the market, just a handful of the more than 300 private providers listed on the Government’s website offer a single PCR test for under £60 per person.

The Government swabs are provided by NHS Test and Trace and the firm Corporate Travel Management, which people must also book quarantine hotels through.

Tim Alderslade, CEO of Airlines UK, said: ‘Nobody from the Government has been able to explain why these NHS costs are so much higher.

‘The NHS should be leading by example and cutting costs to stimulate the private market.

‘It has the whiff of being a racket and the Department of Health needs to do more to bang heads together and ruthlessly target savings for families desperate to get away.’

Steve Heapy, of Jet2, said: ‘Currently, NHS Test and Trace is charging holidaymakers higher fees than those of testing companies. This should not be the case and the Department for Health should look to lead by example.

‘The current testing regime risks putting off hard-working families so that travel becomes the preserve of the wealthy. 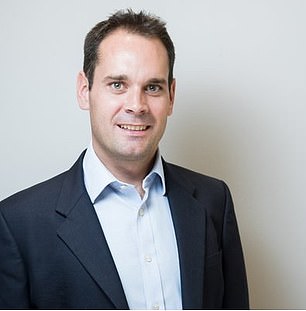 Tim Alderslade, CEO of Airlines UK, said: ‘The NHS should be leading by example and cutting costs to stimulate the private market’

‘The UK Government has previously said that it will drive down the cost of testing but we are still waiting for them to act.’

Tory MP Henry Smith, chairman of the all-party Future of Aviation group of MPs, said: ‘These figures show that despite the welcome efforts to reduce the costs of testing that there is a lot more that needs to be done, and must be done, and the Government must lead by example by bringing costs in line with private providers and removing VAT.’

Heathrow chief John Holland-Kaye said PCR tests should not be required for those returning from low-risk green countries, and that cheaper rapid lateral flow devices should be allowed.

A ‘gold standard’ PCR test – so-called because they are considered more accurate but take longer to process – could then be taken only if the rapid test was positive.

The Government last night denied attempting to cash in on travellers, claiming the NHS Test and Trace swabs were intentionally priced at ‘the mid-point of the market’ to ensure that ‘private providers can also fairly compete’.

There is no obligation to choose the Government post-arrival testing package instead of a private provider’s.

A Government spokesman said: ‘NHS Test and Trace delivers tests for international arrivals, alongside other private providers who meet stringent testing standards, and charges at the mid-point of the market, to ensure private providers can also fairly compete.

‘This price is regularly reviewed.’