The first Covid cycle lanes installed on a main road in the UK are being dismantled because of how unpopular they were.

Brighton and Hove City Council took the decision to remove the unpopular lanes after 16 months and work began last night.

The bike routes on the A270 from Brighton to Shoreham were popular with cyclists but hated by drivers.

BHCC took the decision to remove the lanes after public consultations revealed how unpopular they were. 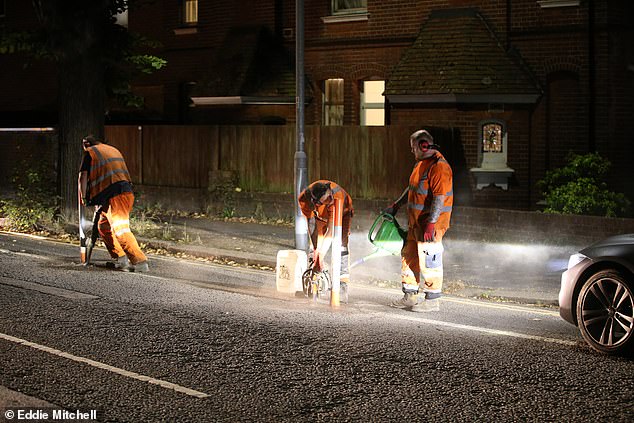 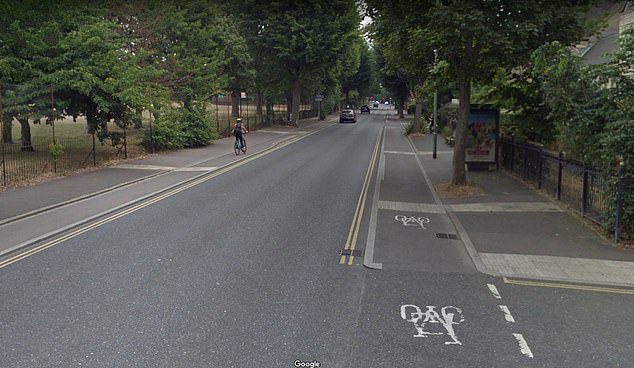 Emilie Bruley started cycling this March and uses the lanes to take her nine-year old son from their home in Hangleton to Brunswick Primary School in Hove.

She said: ‘I’m surprised they’re being removed because I’d heard they were going to be extended.

‘I come along here at busy times and there are sometimes queues at the lights, but you get that everywhere.

‘I don’t know how we’ll get to school now, as the road is far too dangerous.

‘I’ve already almost been knocked off my bike once by a car turning. We’ll probably stop cycling and will have to walk, or possibly buy a car.’ 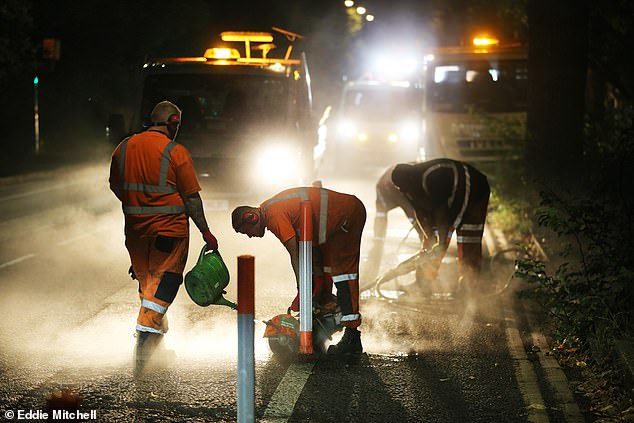 The cycle routes take up two lanes of the A270, one of the main arteries into and out of Hove to the west of the city.

The cycle lane was installed in a bid to promote the use of sustainable transport. But survey on the cycle lane showed it was not supported by about 63 per cent of people. The route has become a necessity for some residents.

He said: ‘I got the job just after the cycle lanes went in, so they’ve been great, as this is the most direct route.

‘There’s no way I’ll cycle along this road without the cycle lanes, so I’ll end up with a much longer journey, weaving through back roads.

Charlotte Laing takes her children to Cottesmore and Cardinal Newman schools by bike. 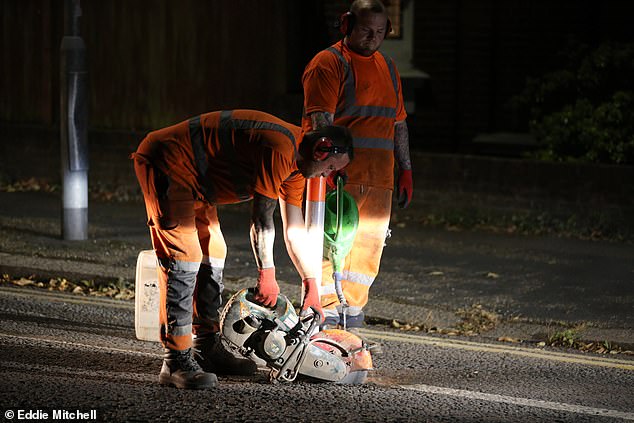 She said: ‘We’ll have to go along the pavement now to be safer. Thanks to the cycle lanes, we’ve taught our son how to cycle. ‘It’s a shame they’re being removed because they are used – just not so much at off-peak times.

‘People on social media seem happy about the lanes being removed, which is awful. There has always been congestion. I may end up driving my son to school now.’

The removal will be done overnight between 8pm and 4am for six days, ending in the early hours of Sunday, September 19.

The work is being done in two phases with each taking approximately three days to complete.

Richard Delacor commutes by bike and is disappointed by the council.

He said:’It’s real backward thinking. I’ve lived in Hove for the last forty years, and before the cycle lanes I never would have gone along the Old Shoreham Road. 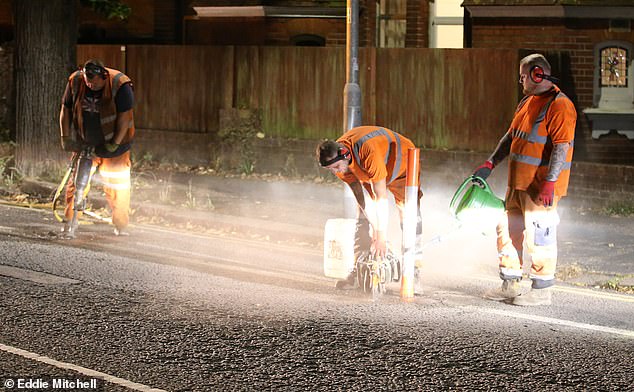 ‘It’s been lovely, seeing families cycling with kids. You don’t need an overtaking lane on a 30mph road – the cycle lane prevents speeding. They should have fixed the junctions, not binned the cycle lanes.

‘This is the most direct route for me to work in Brighton, so I’ll carry on using the road, but I won’t feel safe or comfortable.’

Joao de Silva uses the lanes to travel from his home in Portslade to his work at Sussex University. He’s hard of hearing, so protection from traffic is particularly important for him.

He said: ‘It’s terrible that the lanes are being removed as they keep me and my family safe. It’s really dangerous along here so in future I’ll have to go via Portland Road, which will make my journey much longer.’

Luke Carter uses the lanes two or three times a week, to get from his home in Shoreham to his work at Seven Dials.

He said: ‘It’s a real shame the lanes are going, and a huge step backwards. I just don’t believe the tales of terrible traffic jams, as I haven’t seen them. Contrary to popular belief, people do use the lanes.’