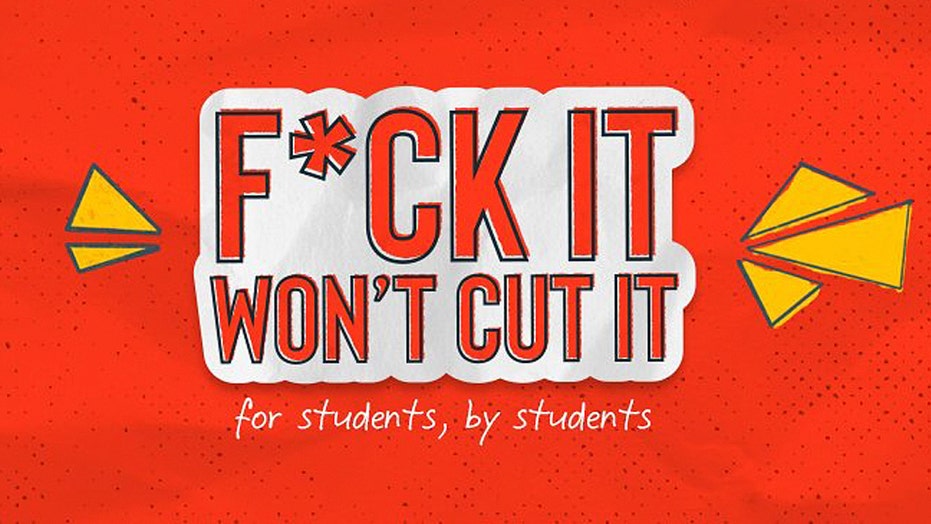 A Boston University trademark application for a new student-run initiative to promote COVID-19 safety is making waves this week for its use of the F-bomb.

The Boston Globe reported Wednesday that the Trustees of Boston University had applied to the Patent and Trademark Office to secure the slogan "F— It Won't Cut It."

While the application stated that the message was meant to encourage "safe and smart actions and behaviors for college and university students in a COVID-19 environment" as students return to campus, the university was forced to further defend its reasoning after the campaign appeared on school-affiliated social media accounts.

"This is a student-run campaign that has the support of the university," a BU spokeswoman said in a statement. "For technical reasons, the university had to register the mark."

The mark was reportedly the brainchild of a team of eight BU communications students who say the public health campaign is "raw" and "relatable" and "powerful." They pitched their ideas to officials in July and were surprised at the outcome.

Kenneth Elmore, the university's associate provost and dean of students, said that the idea was well executed and asserted that a focused approach to communicating with students would be effective.

"Right now, we need direct," Elmore told The Boston Globe. "And, I'm really glad they're being direct and also owning the messages as their own."

The creative advisories will be posted on social media accounts — teaming up with influencers — and the group will also hang posters and stickers around classrooms.

The campaign's Instagram page now has almost 2,000 followers and shares TikTok videos on COVID-19-related topics such as wearing masks and dating in a pandemic. It uses the hashtag #fckitwontcutit.

"For students, by students * @ people who are 'over' covid * We're finally back. Let's stay safe on campus & keep it that way," its Twitter bio reads.

While the school has recently faced pressure over its reopening plan for more than 35,400 students, it is moving forward with a hybrid learning model and a campus plan built on continuous coronavirus testing and restrictions.

According to data from the Johns Hopkins Coronavirus Resource Center, there are now over 121,700 confirmed cases in Massachusetts with more than 8,750 deaths.

The U.S. as a whole is leading the world in both coronavirus infections, which number more than 5.2 million, and deaths. The pandemic has claimed the lives of more than 166,000 Americans.