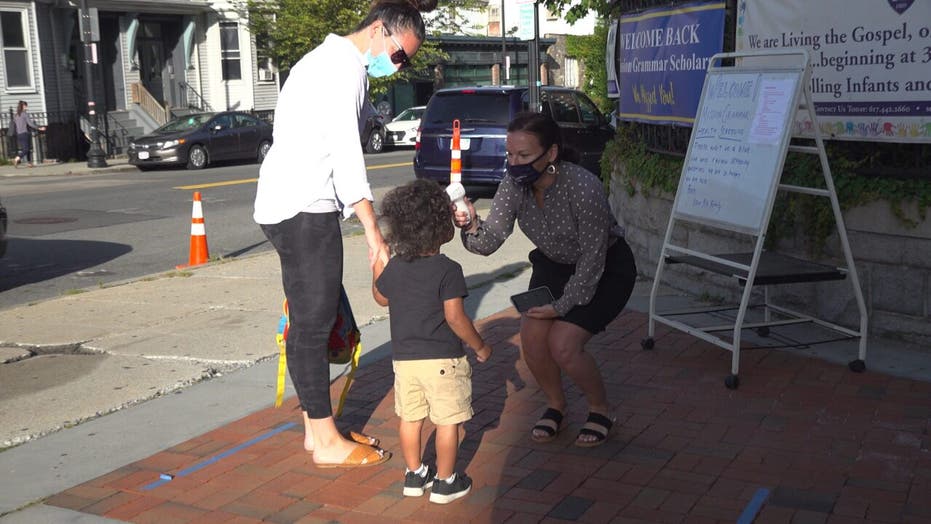 Cash-strapped Roman Catholic schools have been praying for a miracle following a recent wave of closures – and now they might have found one.

BOSTON — Cash-strapped Roman Catholic schools have been praying for a miracle following a recent wave of closures – and now they might have found one.

With many public schools staying online for the start of the school year, administrators have said more families fed up with remote learning are turning to Catholic and other private schools offering in-person classes.

Tom Carroll, the superintendent of schools for the Boston Archdiocese, said they've enrolled more than 3,800 new students since mid-July – 1,000 just in the past three weeks.

"We're open for business, so send your child to us and we'd be happy to educate them in person," Carroll said. "We felt that we felt very deeply that the kids were hurting because they were not in school." 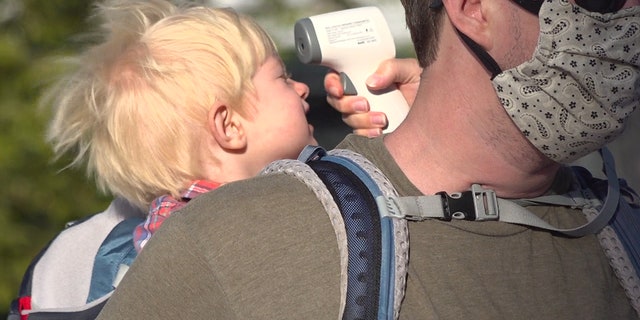 In New York City, the New York Post reported a similar spike in the Bronx from families scrambling to get their children back in the classroom. In Philadelphia, the archdiocese said it's also experiencing an uptick in interest.

Every morning at Our Lady of Perpetual Help Mission Grammar School in Boston's Roxbury neighborhood, a staff member armed with a white infrared thermometer and an iPhone health questionnaire assessed the parents and students before letting them through the door. Students in second grade or above are required to wear face masks in the classroom. Lunch is served in the classrooms.

Blanca Teixiera, a parent of a student at Mission, said it was a relief to have some semblance of how things used to be pre-pandemic.

"We're very blessed that we're able to come back this year and try at least to try to provide some type of normalcy," Teixeira added.

The spike in interest – even from non-Catholic families – has been welcome news for Carroll and the rest of the schools' leadership. Closures have been relentless since the shutdown began – with about 150 Catholic schools closed permanently so far this year with several more in danger, according to Kathy Mears, director of the National Catholic Education Association.

Mears said about 85% of Catholic schools in the U.S. are holding in-person classes, and she's hoping the schools will regroup on the other side of the shutdown and continue on their mission. 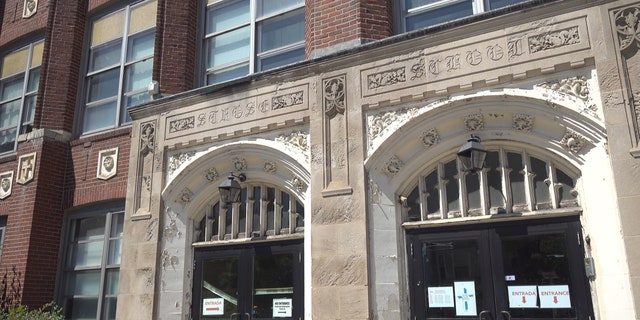 Catholic school enrollment has been shrinking steadily since the 1960s, but the pandemic was a nail in the coffin for schools already hanging on by a thread. In New York, the archdiocese closed 20 schools over the summer. In Boston, nine permanently closed their doors with dozens more going on a watchlist, said Carroll, the Boston archdiocese superintendent.

"In our case, it was the largest number of closures in almost 50 years," Carroll said. "They didn't have enough money to pay the teachers for the whole year."

Among the closures: the Institute of Notre Dame in Baltimore, an all-girls school which House Speaker Nancy Pelosi once attended. In a letter announcing the closure, school officials said the pandemic “caused significant, added financial hardship,” the New York Times reports.

While the spike in interest has not been enough to offset the schools' financial woes in a meaningful way, Carroll said he's hopeful more parents sick of online instruction will follow suit.

God’s given us a little challenge here.

He added that at any point, parents could decide to switch back to online learning, with many classrooms equipped with live-streaming capabilities. In the event of a COVID-19 outbreak, he said they will go back to remote learning right away.

So far, of all the Catholic schools that have reopened nationally, two have returned to online learning because of outbreaks, Mears said.

"Are we nervous? Of course we are, with anything that involves our kids and their health and their well-being," Teixera, the parent at Mission, said about the risk of children picking up coronavirus at school. "[But] I just I trust them. My husband and I trust that … everyone's making the right decisions."

Twin sisters, 66, who ‘did everything together’ die within days of each other after both contracting coronavirus – The Sun