Construction boss, 47, is found guilty of sexually assaulting woman while she slept in hotel bed while his own partner lay in next bed after couples’ night out with friends

A construction boss has been found guilty of sexually assaulting a woman as she slept in a hotel bed after a couples’ night out.

David Horton, 47, jumped on top of his victim and laughed as he forced his fingers inside her while his partner slept in the next bed at the four-star Apex Hotel in London.

Earlier in the evening Horton repeatedly groped the woman’s bottom during a night out with his partner, a judge at Inner London Crown Court heard.

He tried to reach between her legs at Sushi Samba and the Star and Garter pubs in Soho during the same night.

Horton, then working as a company director at a construction firm, later told police he thought he was stroking the leg of his girlfriend, who was asleep in the adjacent single bed.

The businessman was convicted of four counts of sexual assault and one charge of assault by penetration by a jury. 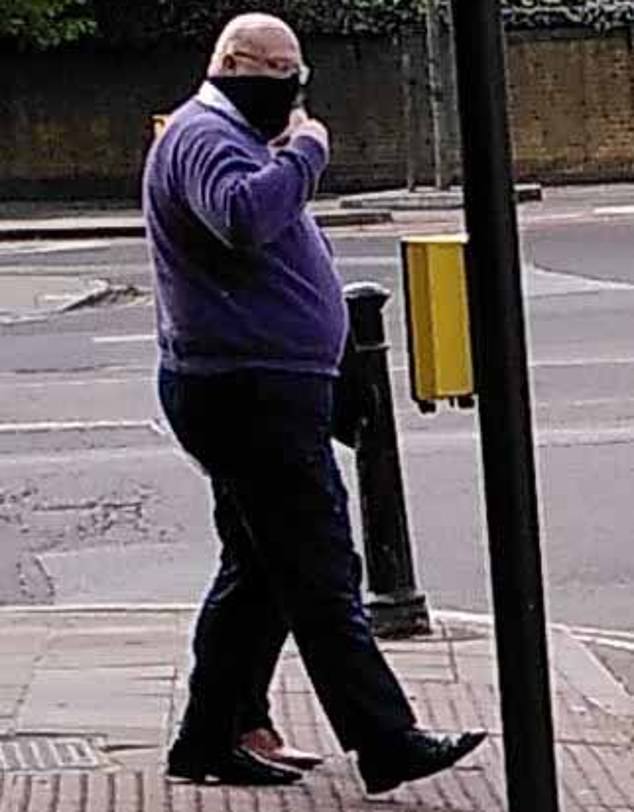 David Horton (pictured), 47, jumped on top of his victim and laughed as he forced his fingers inside her while his partner slept in the next bed at the four-star Apex Hotel in London

The woman said she woke up at 2am to find Horton ‘breathing on my face, with something inside me. He was laughing. When I got home, I didn’t do anything or talk to anybody’.

Giving evidence she said when she got home she did not want to speak or think about what had happened.

‘When I came home, my intention was to forget about it and never speak about it ever,’ she said.

‘I just wanted to move on, carry on, never think about it ever again, but I couldn’t function, I just couldn’t function at all. I had told him to stop touching me, I didn’t consent to that.

‘I found it really disrespectful that he was touching me when I had to asked him not to, but he just kept on doing it.’

She was encouraged to report the allegations to police after talking to her close friend, who was a serving soldier in the British Army.

Prosecutor David Povall said: ‘It became clear she that was very distressed and disturbed, not herself. It took five days after she came home before she went to the police about what had happened.’

When questioned, Horton told police he ‘got to cop a feel’ earlier in the day before suggesting he was ‘incredibly drunk’ and could not remember what happened.

He said: ‘There was lots of flirty innuendos and conversation throughout the day.

‘We were talking about boobs, my partner’s boobs, the alleged victim’s boobs, and if I remember I think I got to cop a feel of both.’

In his police interview, which was played to the jury, Horton said: ‘We were getting in the taxi and I think I again copped a feel of the woman’s boobs and my partner pulled it away.’

‘Was that intentional touching of her boob?’ the officer asked. 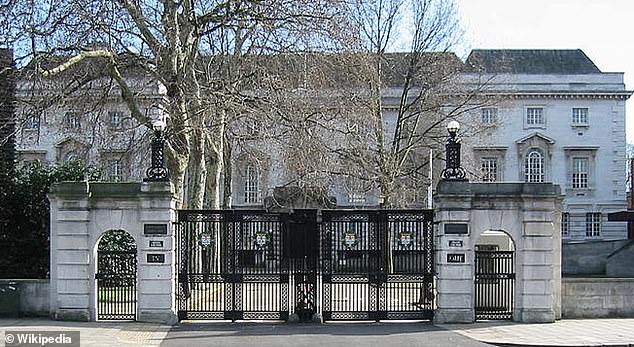 Earlier in the evening Horton repeatedly groped the woman’s bottom during a night out with his partner, a judge at Inner London Crown Court (pictured) heard

‘I mean I was incredibly drunk… I only know because my partner told me,’ Horton said.

Recounting his version of events in the hotel room, he told police he drunkenly ‘soiled’ himself and ended up asleep on the floor where he accidentally touched the woman’s leg.

‘Earlier in the morning I sort of woke up, again disoriented… so I put my arm up and I did touch the alleged victim’s leg but I felt it move and thought “Ooh crikey, wrong side”, and got back into bed with my partner.’

Giving evidence Horton told jurors the woman was being ‘very flirty’ and ‘open’ about her sexual preferences which made him feel ‘titillated’.

Horton, from Rotherham, south Yorkshire, denied but was convicted of four counts sexual assault, and one count of assault by penetration.

He was bailed to an address in Cornwall ahead of sentencing on July 23.