It’s been a wild year in the financial markets demilitarised zone of cryptocurrency. But that year just got weirder.

Step forward Liberal-National MP and Man About Manila, George Christensen. The conservative crusader has been bitten by the crypto bug, establishing two new accounts, or crypto “wallets”, to facilitate trading. This month, Christensen set up an account with CoinJar (“the simplest way to buy and sell digital currency”) and the curiously named MetaMask which is dedicated to crypto flavour of the month, Ethereum. 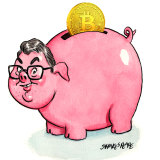 Christensen, who has announced his intention to retire from politics at the next election, has been exploring new avenues. There was his starring role on Fox News, on presenter Laura Ingraham’s program, in his best suit and tie.

But we must ask: when hardcore Queensland MPs get into crypto, has the phenom peaked?

A bit like when your parents get on TikTok, it’s time for the kids to get off.

Racing Victoria runs its governance affairs at a gallop. Its annual report was released at 10am on Tuesday, and by 4pm, it was holding its annual general meeting. Speedy.

Chairman Brian Kruger, ex-boss of Toll Holdings who was given an extra four years in the chair by Racing Minister Martin Pakula, reported wagering turnover reached $8.7 billion last financial year, up more than 20 per cent despite COVID-19. Or as he put it, “record investment across FY21”. “Investment” … how cute. 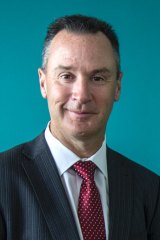 And more good news after the racing clubs which make up the Racing Victoria membership unanimously voted to give the chairman and directors a pay rise. Kruger’s pay leaps from $125,000 to $165,000 next year while the directors’ pay will jump from $62,500 to $82,500. It’s the first raise in nine years.

Former Crown Resorts boss Rowan Craigie is off the board after he “relocated permanently interstate”. But Craigie, who left Crown in 2017 with a $10 million payout, remains as chairman of RVL’s media company, IMB Pty Ltd, and also racing.com.

Pakula is overseeing the public process to appoint a replacement.

Given the rivalries between Racing NSW and Racing Victoria over races such as The Everest, Kruger was asked if it was a good idea to schedule Flemington crowd favourite, the All-Star Mile, on the same day as Sydney’s Golden Slipper next year.

“I don’t know, are NSW going to move the [Golden Slipper feature race] George Ryder [Stakes]?” Kruger quipped, playing down any notion of payback. “It just happens to be that the way the dates fall, sometimes it has a direct clash.”

Over in Stonnington, it was a case of getting the gang back together for Tuesday night’s mayoral election.

Former mayors and CBD faves Steve Stefanopoulos and John Chandler were spotted at the meeting to observe former colleague Jami Klisaris voted in as mayor.

Last year, all were part of the council’s “gang of five” central to the saga of an oil painting portrait of Chandler gifted to council by developer Bill McNee, who is redeveloping a major slice of Toorak Village. Chandler retired and Stefanopoulos was voted out last year and has been keeping a low profile.

The meeting ran smoothly, quite the contrast to previous gatherings, which have featured defamation threats and even a dead possum brandished by an upset ratepayer.

Liberal Marcia Griffin had a novel mayoral pitch which referred to a controversy over the purchase of a council Tesla: “As mayor, I would not be using the mayoral car as I have my own and I do not see the point in adding another car to the roads.”

Griffin put her hat in for both mayor and deputy, with fellow Liberal Alexander Lew her only supporter. 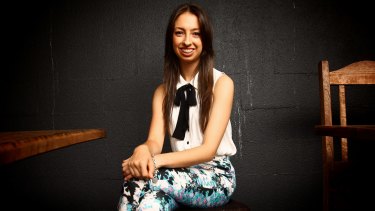 Jami Klisaris was elected to Stonnington Council at the age of 20 to become their youngest councillor. Credit: Scott McNaughton

Liberal Matthew Koce crossed the floor to vote in Labor’s Klisaris as mayor, rather than Liberal colleague Griffin. He said he had never seen Klisaris, who was previously mayor in 2016 aged 24, act in a party-political way.

After an exacting year, first-time mayor Kate Hely did not recontest.

Each councillor gave a little speech. Lew, who hopes to unseat former state Liberal leader Michael O’Brien in the Liberal preselection for the state seat of Malvern, said: “I was actually hoping not to have to say anything but I don’t want to be the odd one out.” Points for honesty, we guess. And Lew was the only one not to thank out-going mayor Hely. Rude! 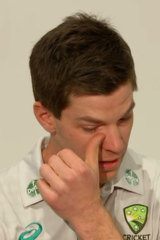 Cricket Australia has called on the services of a top-shelf (leg) spinner to navigate the waters of the Tim Paine fiasco. Credit:Nine News

The firm — which also has former National Rugby League comms boss Liz Deegan on its books — has been employed by CA for about 18 months, so it’s not a crisis appointment around Paine’s sensational Friday resignation in the wake of his lewd texts.

Who knew that the modern art-obsessed Cato was a closet cricket tragic? Turns out she isn’t, and CA is being looked after by Mathieson, the former editor of The Australian where Freudenstein was once chief executive.

Wheels within wheels as CA board member Mike Baird hired Mathieson to be one of his top senior advisers when he was NSW premier.

Investigations found Paine had not breached the Cricket Tasmania or Cricket Australia code of conduct but Freudy, when he and chief executive Nick Hockley faced the media, admitted that “Cricket Australia would not make the same decisions today”.

It was a stance that left David Peever, the CA chair at the time the governing body first learnt about Paine’s messages, exceedingly peeved.

And possibly awkward for the CA board, given board members Michelle Tredenick and John Harden were on the board which chose not to act against Paine, while CA general counsel Christine Harman grilled Paine about the texts.