Home » World News » Coffee, lunch set to cost you up to 20% more as worker shortages bite

Coffee, burgers, pasta and other popular menu items are set to cost customers up to 20 per cent more as hospitality businesses grapple with rising ingredient prices and a shortage of staff.

Some cafes and restaurants have already started putting up the cost of drinks and meals, with the peak body for the hospitality sector warning that price hikes will soon become more prevalent. 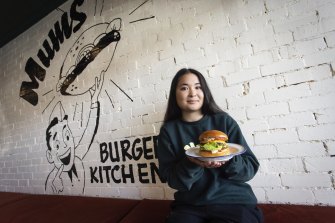 Esther Sun, who owns Mum’s Burger Kitchen in Boronia in Melbourne’s east, recently increased the cost of her gourmet burgers by as much as $2.

Ms Sun said the price of a bread roll had risen by 20¢, beef had skyrocketed from $11 to $17 a kilogram and the charcoal she cooks her burgers over has doubled in price.

“The cost of making a burger over the past 20 months has almost doubled,” she said.

After struggling to secure workers Ms Sun now pays an hourly rate that is $5 above the award rate. She said a recent job advertisement attracted just three applicants in two months.

Although most customers were understanding of the situation, Ms Sun said a handful had complained about having to pay more.

Gideon Markham, the owner of St Kilda cake shop Monarch Cakes, will put the cost of a cup of coffee up from $4 to $4.50 this week.

It’s a decision Mr Markham agonised over, but one he felt he had no alternative to. 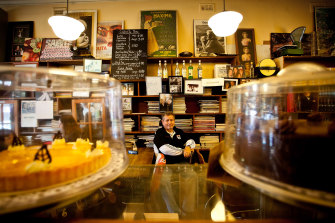 Gideon Markham is adding 50 cents to the price of a cup of coffee. Credit:Arsineh Houspian

“Overall costs have increased,” he said. “Prices are going up for goods and labour. Hospitality has taken a real hit and we have struggled to get staff.”

Mr Markham, who has run the Acland Street institution for 25 years, is trying to put off other price increases until after Christmas. “It’s imminent,” he said.

“We have tried to provide a bit of joy for people and remained open for takeaway during lockdowns but it is getting very, very difficult. Our street is very quiet. We are hoping the borders reopen soon and the tourists return.”

Restaurant and Catering Australia chief executive Wes Lambert said consumers should expect to pay between 10 to 20 per cent more for their favourite items on menus in coming months. 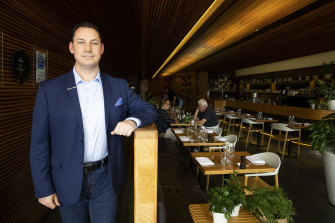 “Patrons will begin to notice that their favourite meals will become dearer as we head into 2022 and the critical workforce shortage rages on,” he said. “Businesses are being forced to pay higher wages due to the supply and demand of hospitality employees. This may become permanent as it is hard to wind back wages.”

He said some businesses were now having to pay $40 to $50 an hour for wait staff, baristas and bartenders – jobs that had previously attracted a rate of $20 to $30 an hour.

“It’s nearly impossible for them to find back-of-house staff,” he said.

Mr Lambert estimates that around 100,000 hospitality jobs need to be filled and is calling on the federal government to fast-track visas for skilled workers to rebuild the workforce. 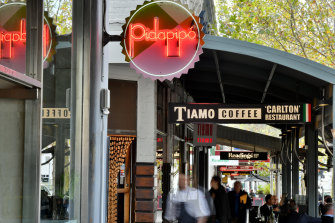 Dining out on Lygon Street will cost you more. Credit:Vince Caligiuri

Karma Lord, the Hospo Voice director at the United Workers Union, said trained, experienced workers had left the industry in droves during the pandemic because they were sick of “being treated like trash”.

“This industry continues to preside over endemic wage theft and extreme job insecurity, with four out of five workers casually employed,” said Ms Lord, who warned that workers could lose pay rises and other inducements once competition for workers started to ease.

Giancarlo Masini, who owns popular Lygon Street bistro Tiamo, said the pandemic had given many businesses the confidence to raise prices that should have increased many years ago to cover costs.

“We are always reluctant to put up prices because customers react,” he said. “The pandemic has been a readjustment of sorts.”

The price of a coffee at Tiamo recently increased by 20 cents per cup to $4, while a bowl of marinara pasta now costs $2 more. “Milk, coffee beans, pasta, cream, butter—it has all gone up,” said Mr Masini.

He said he’d always paid staff above the award wage and had fortunately not been impacted by staffing shortages like many other businesses. “Our staff have stayed with us,” he said. “They are loyal.”

Ransomware has surged — Why the attacks are ‘going crazy right now’

Prince Andrew is ‘obsessed with redheads’ and Jeffrey Epstein ‘combed the streets to find them for him’, book claims