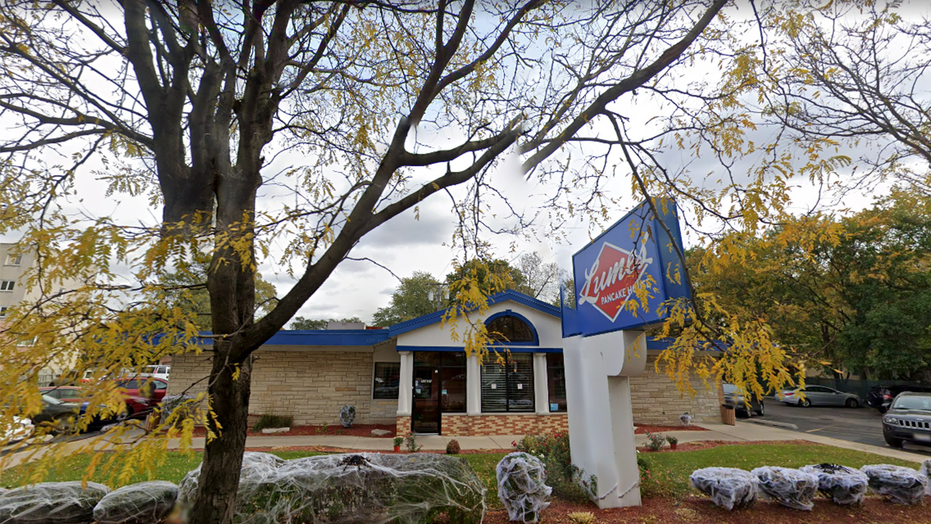 The Chicago pancake house shooting that left one person dead and four others wounded was caught on doorbell camera footage that captured the sound of 15 gunshots, according to local reports.

While the shooting itself could not be seen in the video footage from a nearby home’s doorbell surveillance system, the camera picked up the apparent sound of the more than a dozen bullets being fired at Lumes Pancake House shortly before 2 p.m. on Sunday, CBS 2 Chicago reported.

“The guys came in the tent and started shooting everybody in the tent,” a waitress named Terry told the outlet.

Police said a 31-year-old man was eating in one of the restaurant’s outdoor tents when a white-colored SUV pulled up and shot him multiple times throughout his body. Four others – three women, ages 30, 32, and 43 – and a 32-year-old man were taken to area hospitals with injuries, police said.

Police said Sunday the 31-year-old man was believed to be the intended target. Ald. Matt O'Shea, who represents Chicago PD's 19th Ward, told local affiliate FOX 32 Chicago on Monday morning detectives are working "around the clock" to find the shooters.

“This is normal across all kinds of communities, certainly not mine. But as we have come to realize, this type of senseless gun violence is everywhere now," he told reporters. "You can’t even take your family to a local family-owned restaurant on a Sunday afternoon and enjoy your time together. That’s where we’re at right now."

Investigators have not yet announced any arrests in connection with the shooting and would not comment on the existence of the doorbell camera footage when contacted by Fox News.

A relative of the man who died told CBS 2 he was dining with his young child when he was struck.

“I don’t know how I feel,” the relative told CBS. “I just feel empty.”

The Chicago Sun-Times reported that 55 people were shot, 10 of which were killed, over the weekend in the Windy City. The surviving victims include two Chicago police officers.