A JUNIOR high school teacher in Texas is receiving backlash for assigning students a lesson that compared police officers to the KKK and slave owners. 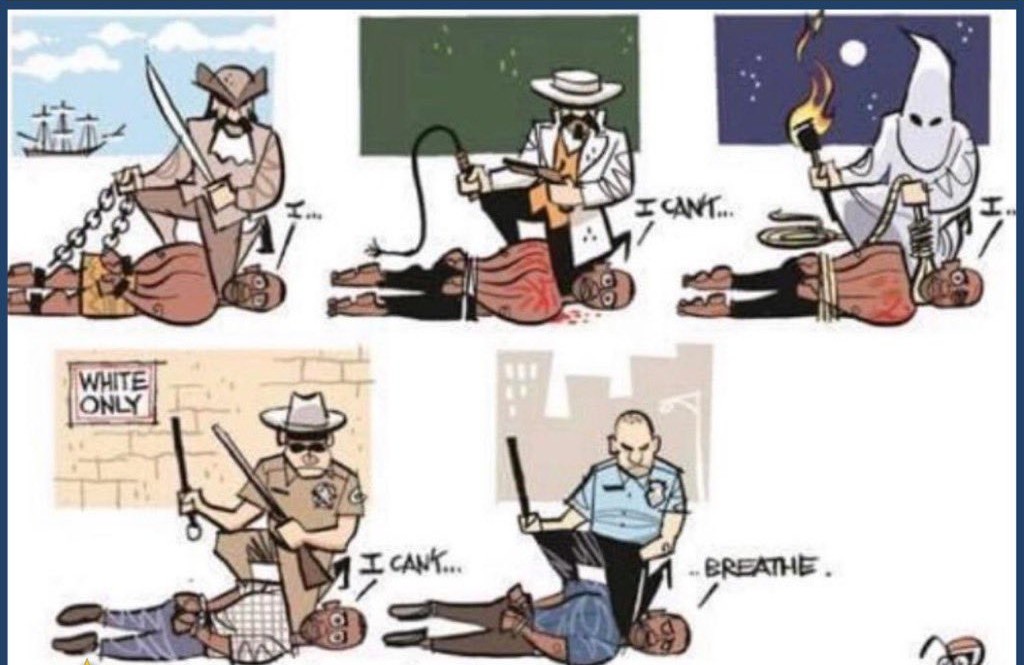 The assignment featured a political cartoon with men throughout different time periods in history kneeling on a black man's neck as he said, "I…I can't…I…I can't…breathe."

The cartoon depicts slave owners, a KKK member and police officers as the ones kneeling. 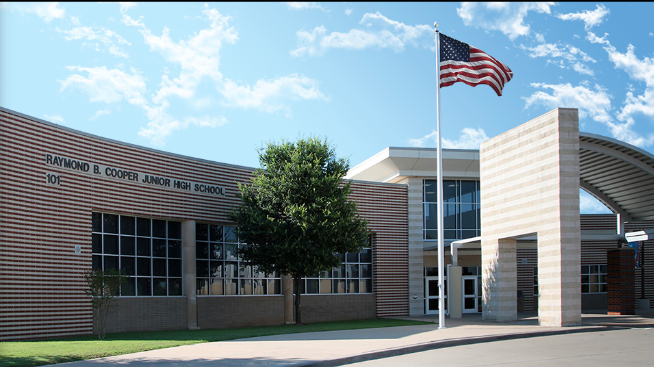 The National Fraternal Order of Police called out the assignment on twitter and in a statement asked the superintendent to pull the assignment and issue an apology to all families who viewed the material.

"This is abhorrent and disgusting, and only further widens the gap between police officers and the youth in our community," the National Fraternal Order of Police Vice President Joe Gamaldi wrote on twitter. 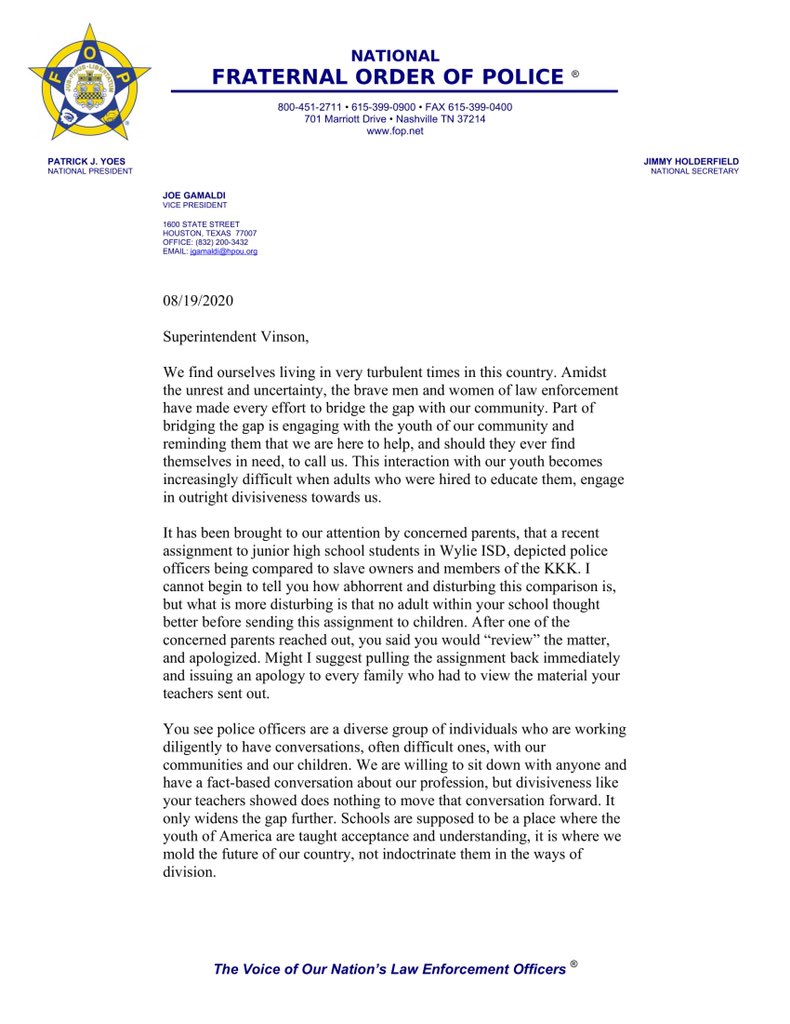 "Schools are supposed to be a place where the youth of America are taught acceptance and understanding, it is where we mold the future of our county, not indoctrinate them in ways of division,” the police statement further read.

According to CBS DFW, the school principal emailed parents saying the teachers wanted to "provide the students with current events to analyze the Bill of Right."

Some parents reportedly did not take up issue with the assignment and believed it was a necessary but difficult discussion to have. 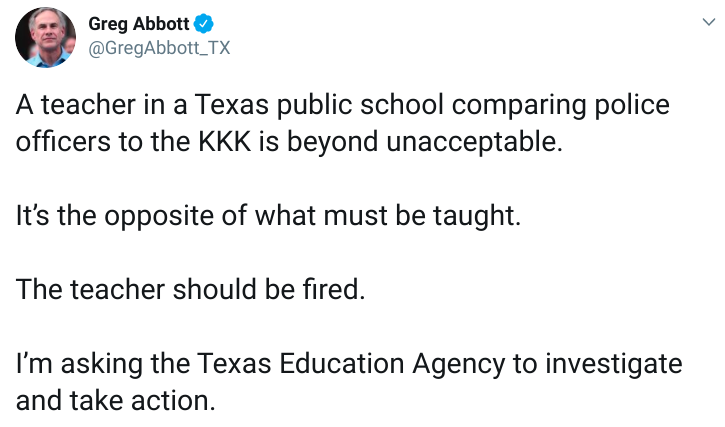 Gov. Abbott and others expressed criticism of the assignment on Twitter and even called for the teacher to be fired.

"A teacher in a Texas public school comparing police officers to the KKK is beyond unacceptable," Abbott tweeted. "It's the opposite of what must be taught. The teacher should be fired. I'm asking the Texas Education Agency to investigate and take action."

In a statement, the Wylie Independent School District said the political cartoons are "not part of the district's curriculum resources or documents," CBS DFW reported.

The district also said the assignment was removed and students would not be expected to complete it.

"We will continue to work with our staff to ensure content follows the state curriculum," the statement read.

Wylie ISD also tweeted an apology to the local police departments saying they are valued and will do better.

Father confesses to murdering his three children, wife and dog in Disney town home after Christmas eviction – The Sun

Son, 61, is cleared of the manslaughter of his 83-year-old mother