Millionaire businessman, 78, says wife, 69, was swept to death in front of his eyes after they drove into freezing floodwaters because no one had put ‘road closed’ sign up, inquest hears

A millionaire businessman said his wife was swept away to her death in front of his eyes after driving into floodwaters because no one had put up a ‘road closed’ sign, an inquest has heard.

Former High Sheriff of Derbyshire Annie Hall, 69, died after getting out of her car when it became stranded on a country lane as the River Derwent burst its banks in November 2019.

She and husband Michael walked in darkness as torrents raced across fields and submerged the road. 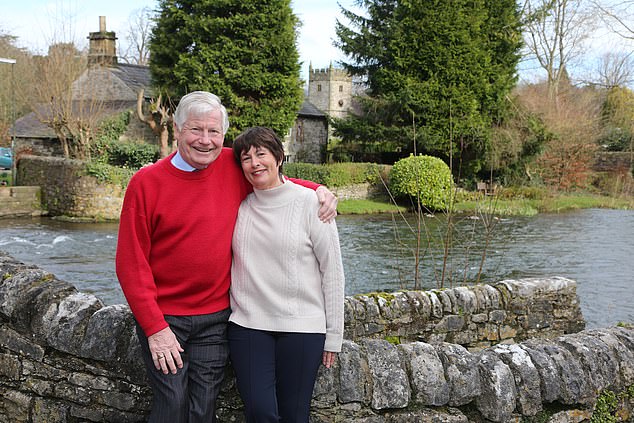 Michael Hall said his wife Annie, the former High Sheriff of Derbyshire, was swept away to her death in floodwaters in 2019 because no one had put up a ‘road closed’ sign

They began walking on the boundary walls, but Mrs Hall fell several times, before being washed away.

Mr Hall, 78, survived for four hours in the freezing water clinging on to a lamppost before he was eventually rescued.

Today he told a pre-inquest review he wants to know why signs were not put in place to prevent drivers using the flooded lane after they were turned back by police who had closed the main A6.

And he also demanded to know why officers did not inform his wife that there was a safe alternative route away from the rising waters.

At one point he told the hearing ‘With respect when you are waist deep in water for four hours you do feel perhaps more could have been done.’

The tragedy happened as Britain was battered by high winds and torrential rain that caused havoc across large parts of the country. 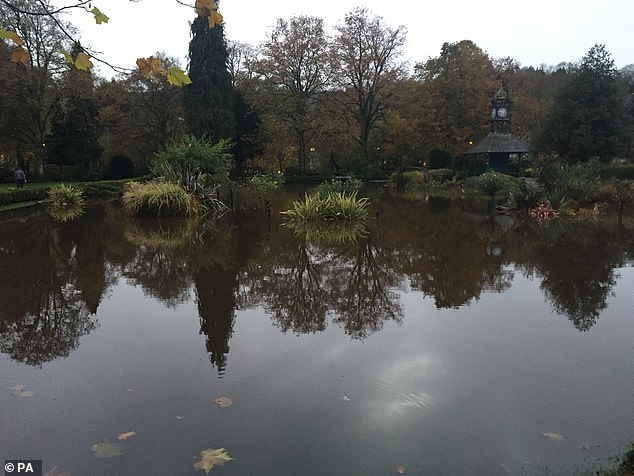 On the night of the tragedy his wife had picked him up from a black-tie event in Derby and they were returning home in atrocious conditions in the early hours of November 8.

At around 1am the couple, who lived in a £800,000 house at Ashford-in-the-Water, Derbyshire, were six miles from home when they found the main A6 closed by police.

Mrs Hall got out and spoke to an officer, then the couple took a side road towards the village of Winster, but their car became stranded in floodwater near Darley Dale.

‘At Four Lane Ends, which as the name suggests is clearly where four roads meet, there were no “road closed” signs on two of the roads,’ Mr Hall told the coroner.

‘It ended up with both myself and another gentleman who was also travelling down the road getting into deep water.’

Later he told Mr Peter Nieto, area coroner for Derbyshire: ‘There’s a number of roads that come off the A6, but there was no sign to say that the road we were using was closed. 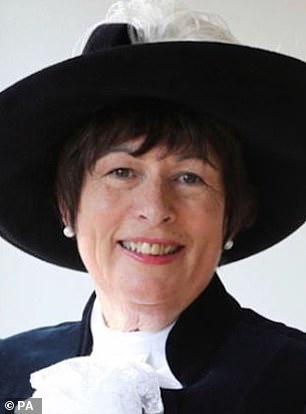 ‘I said to my wife “The water’s coming over the bonnet”, but at that point it’s too late, we were in the flow of the water.’

They abandoned the car and tried to walk but Mrs Hall fell and, despite her husband’s efforts to hold on to her, she was swept away

‘I’m not here to look for a guilty party,’ added Mr Hall. ‘I’m here to make sure it does not happen again.’

Mr Hall said his other issue was with the re-direction of traffic from the A6 by officers.

‘I’m surprised the officer was not able to guide us, as to what we could and couldn’t do to get home,’ he told Chesterfield Coroner’s Court.

‘We got from Derby without any problems then we came across a police vehicle blocking the road. Annie went to speak to the officer, when she came back she just said he’d told her we could not get through, but he had not proffered any suggestions.

‘If he had told us to go back to Matlock and then get round the back to Winster we would not have gone the way we did.’

At a memorial service a few weeks after the tragedy the businessman relived the tragic moment his beloved wife ‘slipped away’ as he battled desperately to save her from the rising water.

Mr Hall, who described his wife of more than 40 years as ‘one in a million’, recalled how they were forced to walk through raging torrents.

He said: ‘The water was at such a speed you could hardly pick your foot off the floor. Annie said, “I’m not sure how much of this I can take”.

‘We tried to walk along the wall and the boundary of the field and try and get up, all in the dark. Annie got very concerned, finding it difficult.

‘She fell over for the fourth time and I had hold of her hands but hadn’t got the strength to pull her back and she was swept away.

‘She just slipped away, so I was then on my own,’ he added.

Mr Hall was close to being washed away when two emergency services vehicles turned up and shone their headlights on him. He was then pulled to safety into a rescue boat.

After a search that lasted through the night Mrs Hall’s body was found later that morning in flooded farmland about two miles from their stricken car.

At the opening of the inquest into her death a pathologist gave the cause of Mrs Hall’s death as drowning.

She was described as ‘a stalwart of the local community’. She had grown up in Somerset and after school studied to become a psychiatric nurse.

She and her second husband moved to Derbyshire and set up a business manufacturing winches. Following a successful career Mrs Hall retired and had served as Derbyshire’s High Sheriff in 2017.

She dedicated herself to charity work along with being vice-chairman of Derbyshire Mental Health Trust.

The full inquest will be held at a date yet to be set.