Bungalow owner forced out of her home of more than 30 years by demolition plan says council is only offering her half the property’s £400,000 market price 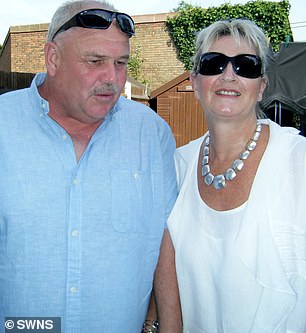 A homeowner forced out of her bungalow to make way for modern flats claims the council that bought it only coughed up about half of what it’s worth.

Lorraine Pearmain is threatening to take Lewisham Council is south-east London to court after she was handed a compulsory purchase order.

The 62-year-old lived in her two-bedroom bungalow with 64-year-old partner Lou for more than 30 years before she was forced out last summer.

She was one of the Excalibur Estate residents who bought a 1940s build through the 1990s Rent to Buy scheme.

The authority told 186 people that the estate in Catford was going to be demolished to make way for a new housing development. They were given two options – move into a new build, or sell their home.

Ms Pearson refused to accept a ‘rabbit hutch’ new-build and said the council agreed to buy hers for £235,000 – despite an independent valuer pricing it at £400,000.

‘My aunt was one of the first to move onto the estate so we have roots going back for years,’ she said. ‘It was a really lovely place, we couldn’t have asked for anything more.’ 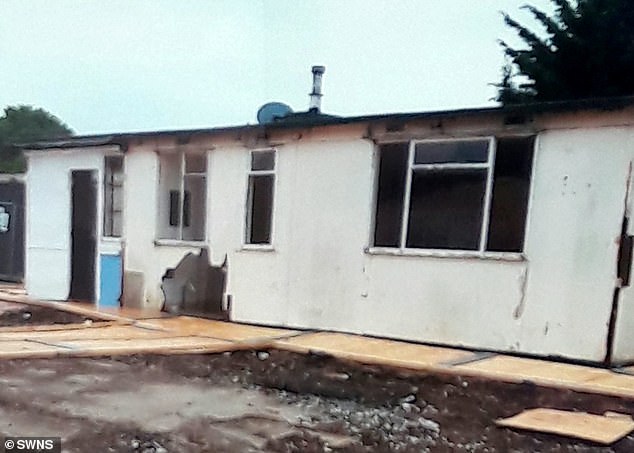 Pictured: Ms Pearmain’s home after she was forced to move out, leaving it derelict and ready for demolition

Nine years ago she and Lou were told their home could be demolished to make way for the development.

Lewisham Council put the plan to a vote in 2010 and despite strong opposition, 56 per cent of estate residents gave the development the go ahead. But Lorraine said the home she was offered was like a rabbit hutch.

‘We looked around a tiny house, it was like a rabbit hutch,’ she said. ‘We have a gardening business and had fig and banana trees – this place barely had anywhere to plant. I wouldn’t be able to fit my table and chairs in the kitchen, there was no dishwasher. 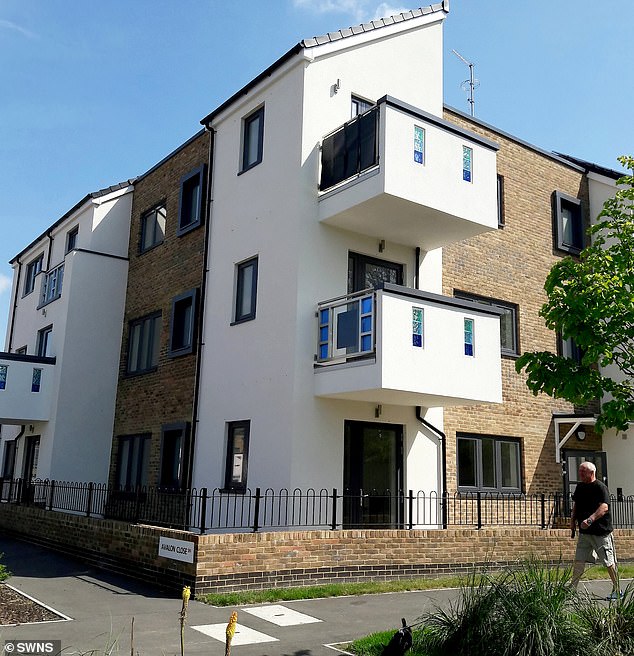 The estate’s residents had to make way for this property development, but Ms Pearmain was left angry by how much she was given for her home of more than 30 years

‘I know we are privileged to live in London and have a house but it was downsizing to the extreme.’

The couple refused to move into the one-bedroom new build and instead chose to relocate to another property in the borough.

Lorraine has now threatened to take Lewisham Council to court after she claimed they offered her only half of the bungalow’s estimated price.

‘We contacted a valuer who sized the house up, took photographs and said bungalows were popular so we could easily get £400,000 for it,’ she said.

‘He added that if we went through with out plan to extend it then it could potentially be worth up £600,000. But the council said we could only get £235,000 which was just terrifying to hear. 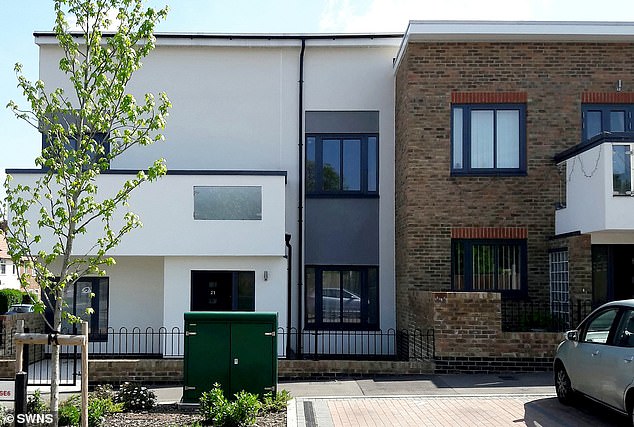 The modern estate (pictured) resulted in the demolition of bungalows in Catford, but Ms Pearmain says she was only offered about half of what she should have been

‘Over the years we have easily spent £35,000 on refurbishing it – we had decking, a fish pond, fig trees, banana trees and oak floors. We worked hard to make it our home.’

She said the move has been traumatic for her elderly and vulnerable former neighbours.

‘There is one man who has since passed away and one woman could only afford a mobile home in Kent with what she got – how is that right or fair?’ she said. ‘I want a home for life and I want peace.

‘I’m not on benefits, I am now living off my savings and it will cost £20,000 for a Land Tribunal but we are determined to go through with it. The Compulsory Purchase Act is unfair and not right – I want people to know this.’

A Lewisham Council spokesman said: ‘The council is replacing prefabricated properties built in the 1940s with 95 new properties, 39 of which will be for social rent. 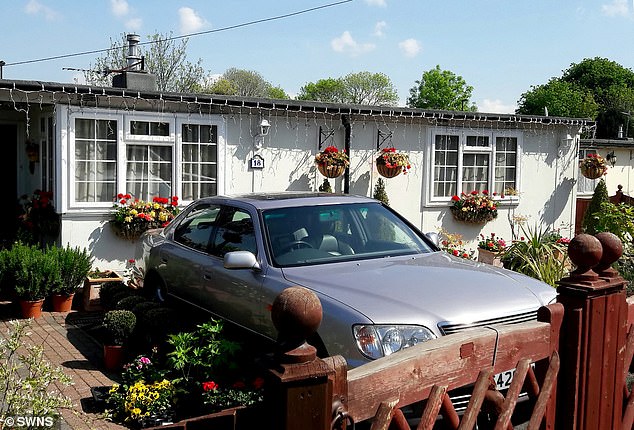 This is where Ms Pearmain now lives, but she said another home that the council tried to place her in was like a rabbit hutch 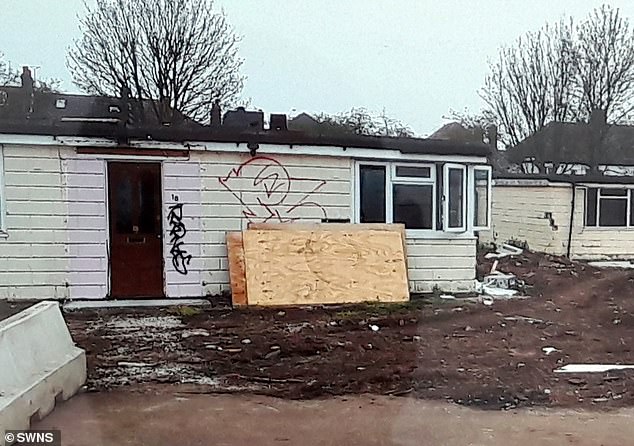 ‘The council only uses Compulsory Purchase powers as a last resort. All but one of the freeholder buybacks to date have been agreed by negotiation and every freeholder had the opportunity to instruct their own surveyor, paid for by the council, to negotiate for and advise them.

‘In addition to an agreed market value, freeholders are paid an additional 7.5 to 10 percent in compensation plus all their fees relating to the purchase and move. None of the freeholders have challenged the CPOs.

‘To date, of the 12 former resident freeholders, six have been rehoused by the council.

‘The remaining six have made their own arrangements, but all had the opportunity to be rehoused if they wished.

‘There are six freeholders remaining, five are resident and one is moving into a new build shortly. The council has dedicated officers to assist with moves for elderly residents.

‘They work across council departments and with family or friends to make the transition as easy as possible.

‘Officers will also continue to work with all households to agree the market valuation for their properties and assist them with their moves.’

Dramatic moment Trump fanatic with '1,000 rounds of ammo & machetes in SUV' is taken down on Inauguration Day