Britons emerged from lockdown to splurge billions in pubs and restaurants over the weekend.

Lockdown-weary Brits made the most of restrictions easing to throw parties in pub beer gardens, parks and beaches.

The hospitality sector had hoped to recoup some of its losses from the past year after outdoor service resumed in England on Monday – ahead of the rest of the UK.

It is estimated that some 50,000 pubs and restaurants selling alcohol served six million pints to mark ‘Super Saturday’ alone.

Many millions more were served on a takeaway basis by establishments without outdoor seating as queues snaked down the street.

The hospitality bookings website TheFork, formerly known as Bookatable, said pub and restaurant bookings were more than double those of July last year, which was when the first lockdown ended.

And a VoucherCodes.co.uk study with the Centre for Retail Research showed £2.8billion was spent in shops. 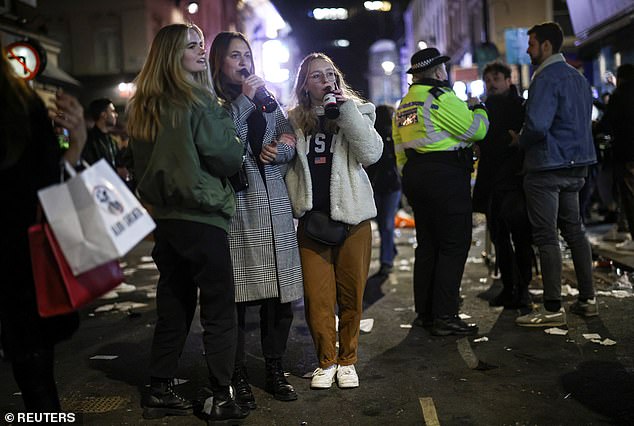 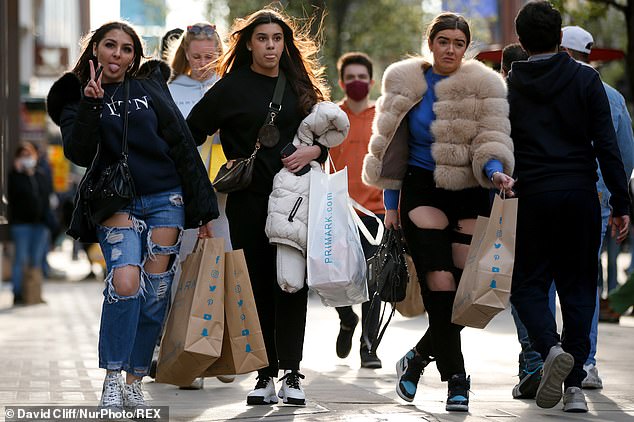 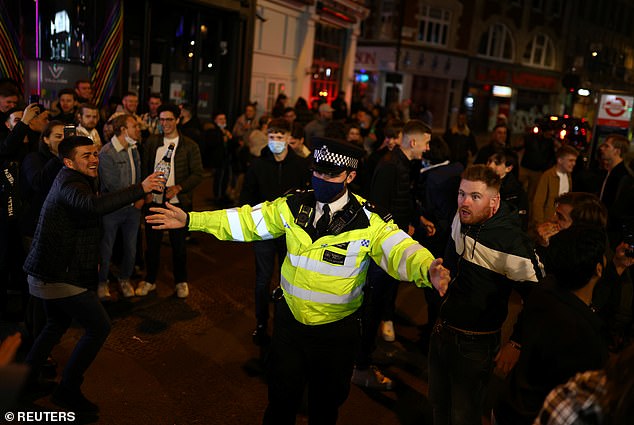 Revellers partied the night away in Soho, west London over the weekend

Restaurant and pub bosses are urging the Government to commit to a reopening of indoor hospitality in England on May 17 and not let plans be ‘derailed’ by talks of vaccine passports.

Chief executives from big chains including JD Wetherspoon, Young’s, Greene King and Pizza Hut have signed a letter to the Prime Minister calling for the road map out of lockdown to go ahead as planned and for coronavirus restrictions to be fully lifted from June 21.

Last week pubs and restaurants reopened in England for outdoor hospitality, but the 38 signatories warned around two-thirds were not able to do so and ‘none is breaking even’.

The letter reads: ‘We must be driven by data not dates – and the data say it is safe to confirm now the reopening of indoor hospitality on May 17 and the lifting of all social-distancing restrictions on hospitality on June 21.

‘This is vital as Government support for hospitality tapers away then, and without it many businesses will be unviable.

‘The Prime Minister set out the right path. He should stick to it and not let it be derailed by talk of vaccine passports in pubs and restaurants.

It comes as Environment Secretary George Eustice said it was ‘too early to say’ whether all hospitality businesses can reopen on May 17.

Mr Eustice said the impact of the recent easing of restrictions will be assessed ‘before moving to the next stage’.

A Government spokesperson said: ‘We are doing everything we can to back hospitality as it prepares to reopen, including offering pubs restart grants worth up to £18,000 – part of our much wider £352 billion support package.’

It follows an ongoing row over the potential introduction of Covid health certificates, or so-called vaccine passports, which could be used to access public settings such as theatres, nightclubs and mass events, and might also be used in pubs and restaurants to reduce social distancing.

The Equality and Human Rights Commission warned this week that coronavirus status certificates could create a ‘two-tier society’ which discriminates against certain groups.

‘Stupor Saturday’ saw people downing pints and cocktails outside pubs and bars, with many casting aside inhibitions, masks and any notion of social distancing.

And the revelries switched to parks and beaches on Sunday as people took advantage of the sun for boozy picnics and family gatherings.

Others celebrated freedom and a return to a more normal life with a shopping spree, bringing a familiar and welcome hum to streets robbed of people and trade due to Covid-19.

Images captured from locations across the country, including London, Leeds and Newcastle, showed streets busy with partygoers keen to make the most of their new-found freedoms.

‘The public appetite to get back to pubs and restaurants is impressive.

‘However, a risk for restaurants right now is people simply not turning up.

But some people ignored rules which state people must remain seated outdoors to eat and drink with groups limited to no more than six people or two households.

The hospitality sector will not reopen in Wales and Scotland until April 26 – with outdoor service for groups of six people in Northern Ireland not being offered until April 30.

Despite the busy scenes, the pub industry said the trade outdoors represented a fraction of normal business and called for the early reopening of indoor areas as covid cases continue to fall.

The change is not due to be made until May 17, under government plans.

Emma McClarkin, chief executive of the British Beer and Pub Association, said: ‘Whilst many have gone back to their local for a pint, it’s not all roses in the pub beer garden.

‘Even though they seem full, the reality is pubs are operating with just 20% of the space they’d usually have.

‘That’s not full capacity, that is restricted capacity and at levels that in normal times would be deemed very quiet.

‘It is for this reason we need pubs to open indoors and out as soon as possible and the restrictions to be removed to allow us a chance at trading viably and making any kind of profit.’

Kate Nichols, chief executive of UKHospitality, said: ‘It’s been great that so many people have come back to hospitality venues this week.

‘Don’t be fooled by the packed pub gardens, though, as it’s a reflection of the fact that the vast majority of venues are still shut. Only about 1 in 5 have space that lends itself to any kind of opening and, even then, operating viably will be an uphill battle.

‘Good weather will certainly help, though, along with the steps that venues are making to keep customers warm and dry.

‘Hopefully, good weather can see us through to indoor reopening on 17 May but with social distancing still in place, it will be a tough final strait until, fingers crossed, the Government can deliver on its commitment to drop restrictions in June.’ 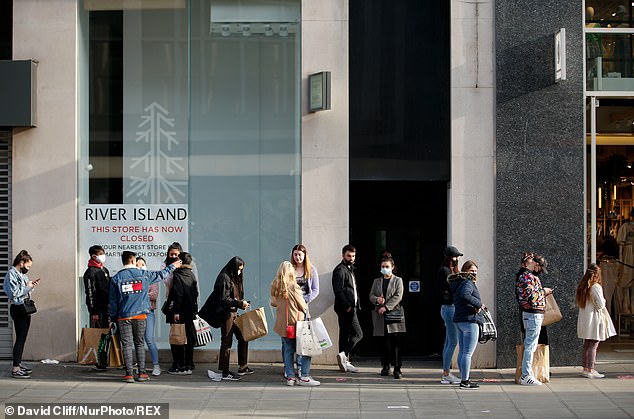 This comes as restaurant and pub bosses have urged the Government to commit to a reopening of indoor hospitality in England on May 17 and not let plans be ‘derailed’ by talks of vaccine passports.

Chief executives from big chains including JD Wetherspoon, Young’s, Greene King and Pizza Hut have signed a letter to the Prime Minister calling for the road map out of lockdown to go ahead as planned and for coronavirus restrictions to be fully lifted from June 21.

Last week pubs and restaurants reopened in England for outdoor hospitality, but the 38 signatories warned around two-thirds were not able to do so and ‘none is breaking even’.

The British Beer and Pub Association said indoor reopening should happen on May 17 and not be delayed.