British boy, two, fights for life after climbing on his sister’s bed and falling 18ft from Tuscan farmhouse during family holiday

A two-year-old British boy is fighting for his life after falling more than 18ft from an open window onto a stone terrace in northern Italy yesterday.

The child, who has not been named, was on holiday with his parents and five-year-old sister when he tragically fell.

They were staying in a holiday villa on a complex in Montespertoli, Tuscany, which is 12.4miles south of Florence. 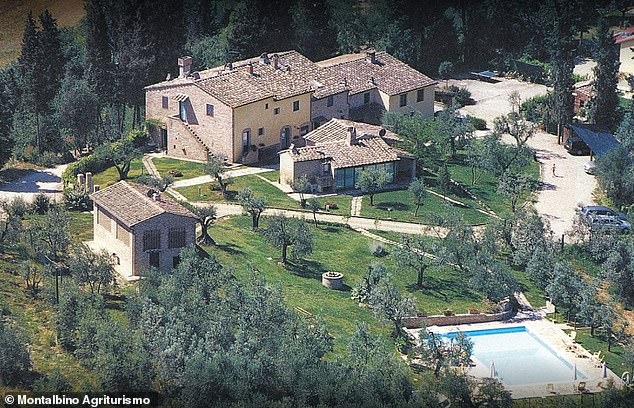 Two-year-old British boy is in critical condition after falling from the upstairs window of a farmhouse villa in Montespertoli, in the Tuscan countryside (resort, pictured)

Officials believe the child woke up into the night and went into his sister’s room, where he climbed onto her bed and headed to her window, which was only covered with mosquito netting.

The boy fell through the netting and on to the stone terrace below, where his cries altered his parents, who called the emergency services.

He was taken via air ambulance to Florence’s Meyer hospital, a top children’s hospital north of the city, in critical condition.

According to Italian media, the family were visiting Tuscany from London. They arrived at the farmhouse villa on Saturday and were due to stay for a week. 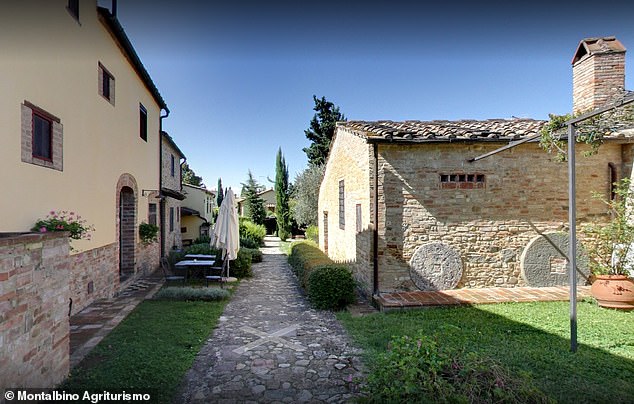 The boy is thought to have fallen through the window of his sister’s room which was only covered by mosquito netting after climbing up on her bed (resort, pictured)

The owner of the holiday complex, who gave her name only as Anna, told The Sun: ‘It’s all such a shock. The parents are very upset.

‘They only arrived here Saturday and were due to stay a week. All we know is the child fell out of the window, maybe they were playing. He is in a bad way and the mother is with him at the hospital.

‘The father was back a few minutes ago to collect the daughter and they are going to stay at the hospital tonight.’

A spokesman from the Carabinieri, the Italian police force, said: ‘Paramedics were called to the scene and we found the child on the floor. He was taken to hospital and is in intensive care.

‘It looks like he woke up as he went into his sister’s bedroom and then somehow fell out of the window.’

British woman, 30, left in a coma after hotel plunge in Ibiza

A British woman was left fighting for her life in hospital in Spain after falling 12ft from a hotel window.

Monica McGeachie, from Dunoon, Argyll, was celebrating her 30th birthday with her brother and five friends in Ibiza on July 28 when it is thought she fell through a window which had been left without a pane of glass in it.

She was taken to hospital with head injuries, a broken back, a broken shoulder and two broken ankles following the fall.

Medics placed her into an induced coma and she is still in hospital, where she is expected to remain for a month, reports The Scottish Sun.

Friends have set up a Just Giving page to raise funds for her recovery, and have so far collected almost £10,000.

Sister Joanne, 38, has slammed the two-star Piscis Park Hotel where Monica was staying, accusing staff of being reluctant to call emergency services after the accident.

She also claimed a security guard tried to drag Monica’s unconscious body away after the fall, and had to be stopped by onlookers.

Three tourists have died at the resort since 2015, The Sun claims.