British boy, five, fights for life in a coma after family horror crash in Italy: Dominic is saved at the scene by father who performed CPR despite his own legs being ‘shattered’ in the smash

A five-year-old British boy is fighting for his life in an Italian hospital after a horror car crash while visiting his family over Christmas.

Dominic Boschetti, from Bromsgrove, was in the car with his father Giuseppe when they were hit by a lorry in Montichiari, Lombardy.

Giuseppe had to give his son CPR at the scene despite shattering his own legs in the crash, with Dominic losing consciousness. 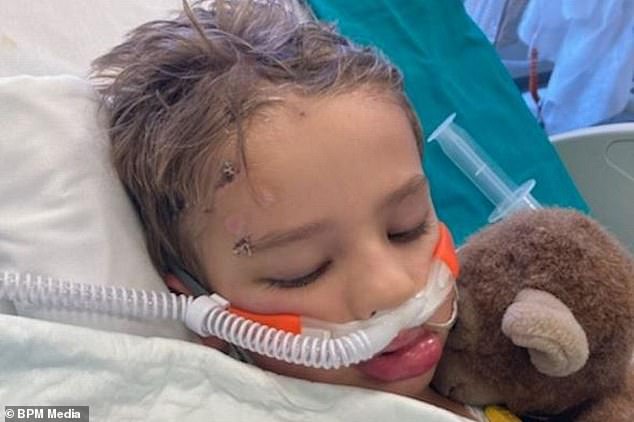 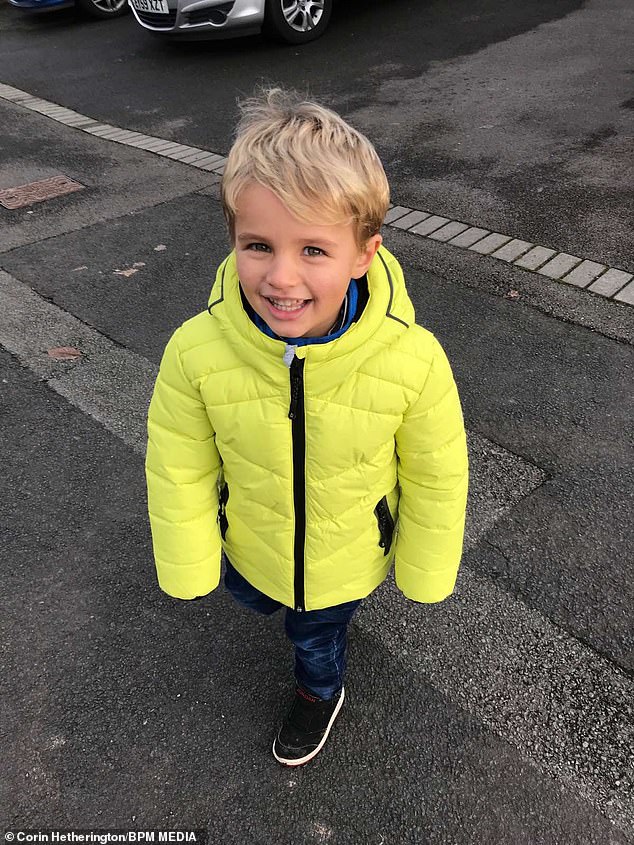 The five-year-old from Bromsgrove was in the car with his father Giuseppe when they were hit by a lorry in Montichiari, Lombardy

He is now hooked up to a life support machine, cuddling his teddy, with his mother Jordan at his bedside.

Dominic is now off the ventilator but he is still in a critical condition and the family say they are living a ‘terrible nightmare’.

Speaking to WorcestershireLive, his uncle and Jordan’s brother, Corin Hetherington, said: ‘Unfortunately there is no improvement yet.

‘Dominic’s eyes are open, but he doesn’t seem there.

Corin, from Redditch, who is also out in Italy supporting Jordan, said his sister was now with Dominic all the time. 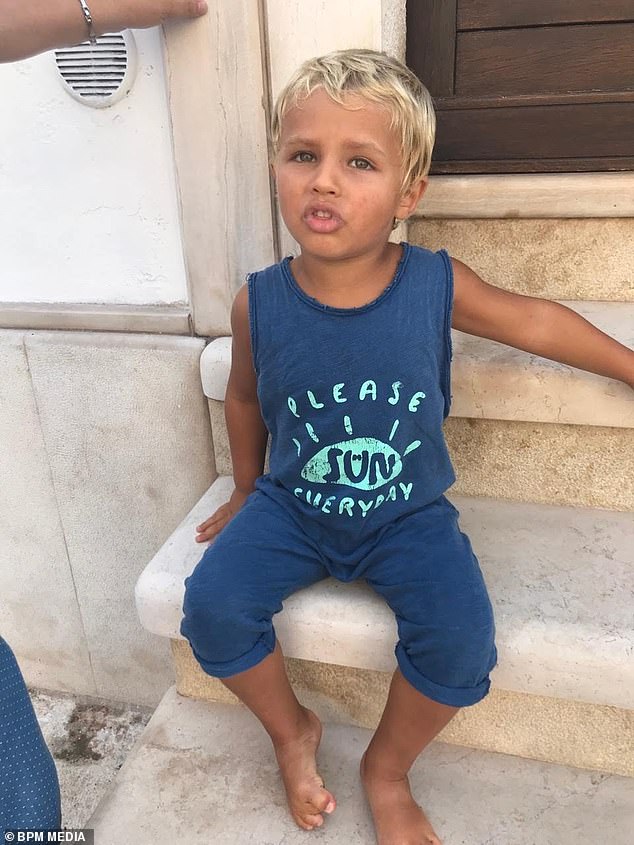 ‘Jordan is with Dominic and like a rock. She is being extremely strong and never cries in front of her son. She is amazing,’ he said.

‘He is off the ventilator but he is still in a coma and Guiseppe will be sent to a specialist hospital next week to begin rehabilitation on his shattered legs.’

He praised Guiseppe for his bravery and quick-thinking which saved Dominic’s life at the crash scene after the boy suffered a cardiac arrest.

‘They don’t know yet if Guiseppe can walk. I still physically can’t believe how he managed to get Dominic from the car with how his legs are,’ he said.

‘Maybe it was adrenaline or the love for his son to protect him, I don’t know.’ 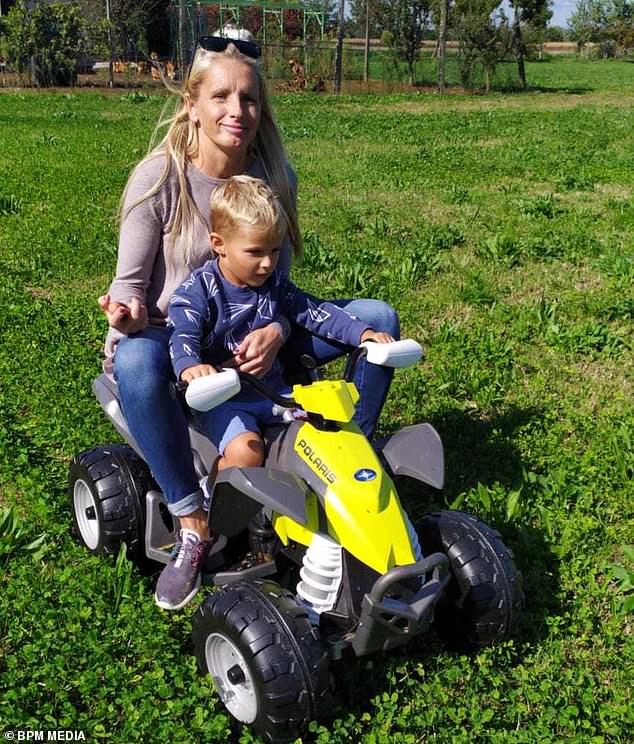 The GoFundMe appeal has a target of £25,000 to help Jordan as she spends months in Italy caring for her son.

It has had donations from across the world – with amounts ranging from £5 to an anonymous one of £1,000.

The family has sent thanks for support and donations from the public at their hour of need.

‘There is a wave of support behind us willing Dominic to get better,’ Corin said. ‘We want everyone to know how much we appreciate the love and support.’

‘The amount of love, support and amazing generosity we have received is nothing short of amazing.’