THIS is the shocking moments dozens of holidaymakers brawled and hurled chairs at each other at a Tui hotel restaurant in Turkey.

Exclusive video shows the outrageous scenes which erupted as families were forced to flee for safety at the Julian Club Hotel in Marmaris, Turkey. 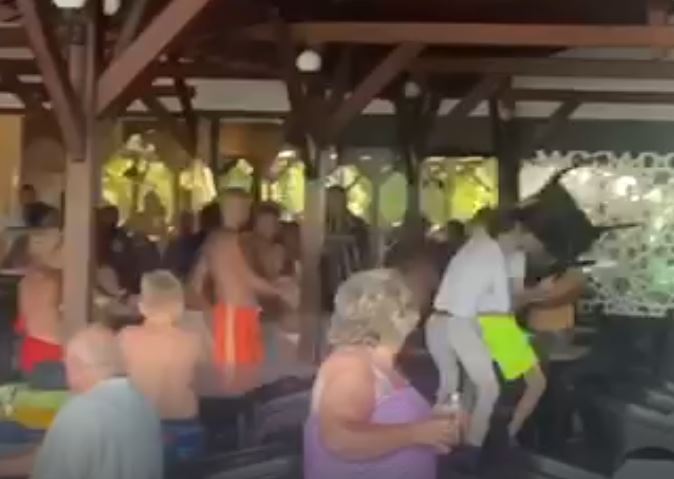 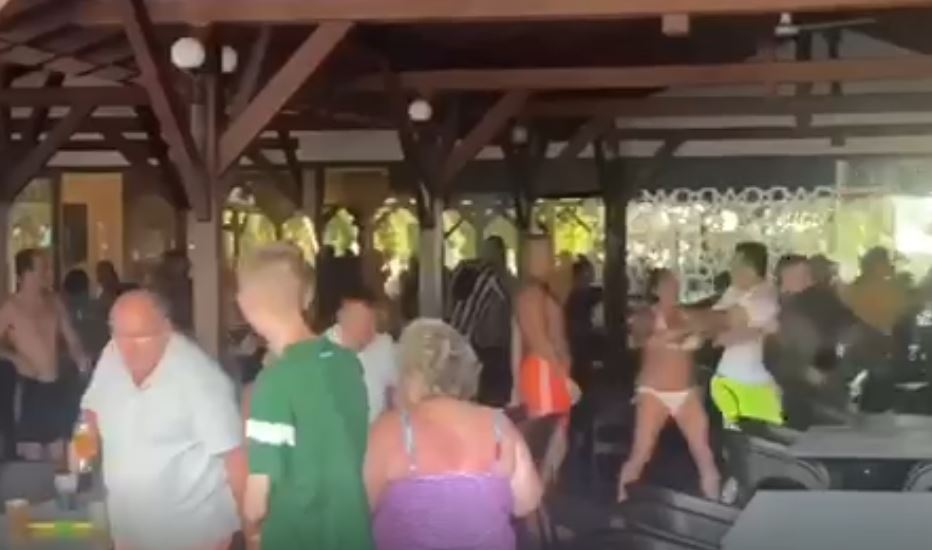 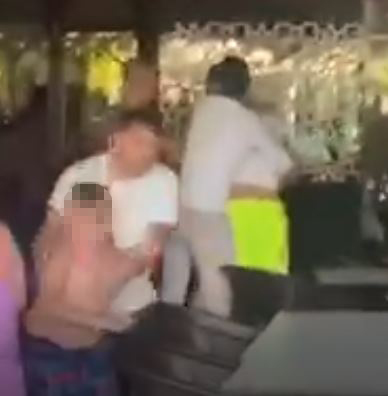 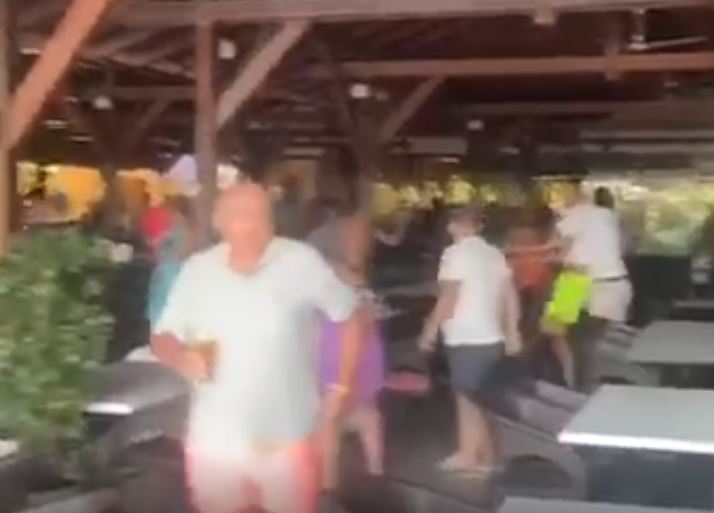 Connor Betts, 27, from Leamington, was on a Tui holiday with his partner Charlene, 33, and their kids when the brawl "between 30 and 40 people" erupted at 3.30pm on September 25.

The fight kicked off between a bloke- who Connor describes as a "Northern lad" about "6ft 6in and 18 stone" – and two other Brits, who he believes were from Essex and London.

Suddenly, dozens of others then piled in and spent around 15minutes brawling in the hotel's poolside bar and restaurant in what Connor branded a "riot".

Connor, a postman, added he believes most of the other people involved in the brawl were also Brits.

English voices can be heard shouting in the 20 second video he captured with his phone.

Footage shows chairs being thrown and a group of people brawling as shouts, screams and crying can be heard while holidaymakers flee.

One little boy can even be seen running to safety amid the chaos as others try and break up the confrontation.

Connor only managed to get a small clip on video before heroically stepping in to help others get away from the chaos.

He had to rescue his own little girl, 10, from near the bar after she became trapped by the brawling adults.

The dad-of-two slammed the fighting holidaymakers, and told The Sun Online: "It's stupid, makes us Brits look ridiculous and gives us a reputation."

He said he complained to a Tui rep about the hotel hell, but was only offered a £50 voucher in compensation.

Connor said the hotel was described to him as "family friendly", and Tui's website lists it as offering family rooms and having a children's pool.

TripAdvisor also lists the hotel as having "children's activities" and a "kids club". 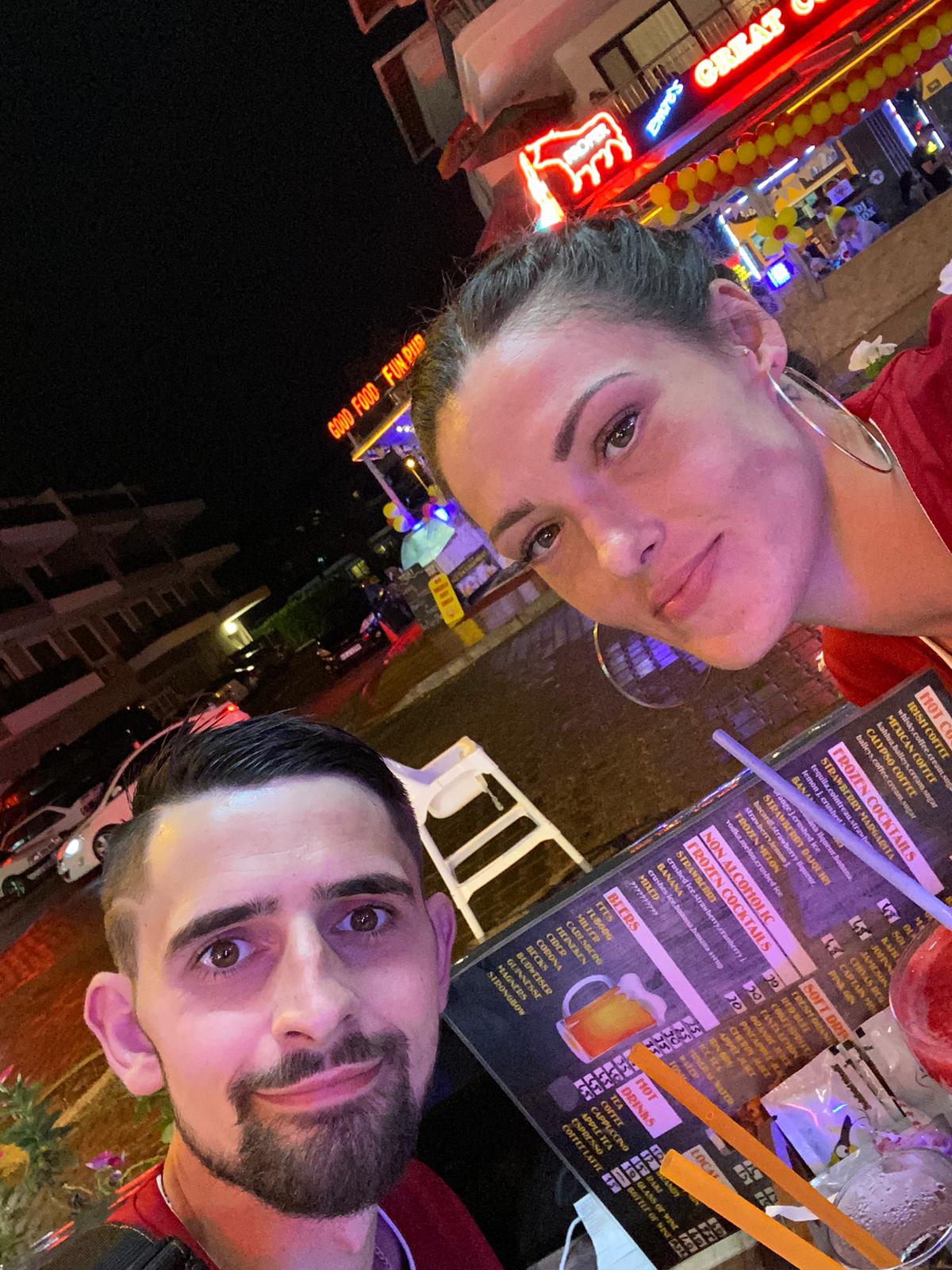 Connor told The Sun Online: "All of sudden, everyone just starting running in from their sunbeds to join in.

"Tables were thrown, chairs were thrown, legs snapped off chairs and tables broken in half . Honestly, I have never seen anything like it.

"We were supposed to be going to Tenerife but that got cancelled – so we were like 'right where should we go?'.

"They said the hotel was good for kids, really family friendly and that the entertainment is good, so we were like 'right, wicked'.

"And then the riot happened on the second day, and it was only like 3.30pm in the afternoon when it all kicked off. It was crazy, drunken stupidity."

He added a number of those involved in the brawl were arrested and fined, but claimed many were allowed to return to the hotel.

The family decided not to use the facilities at the hotel anymore as they no longer felt safe, saying there seemed to be "trouble every day". 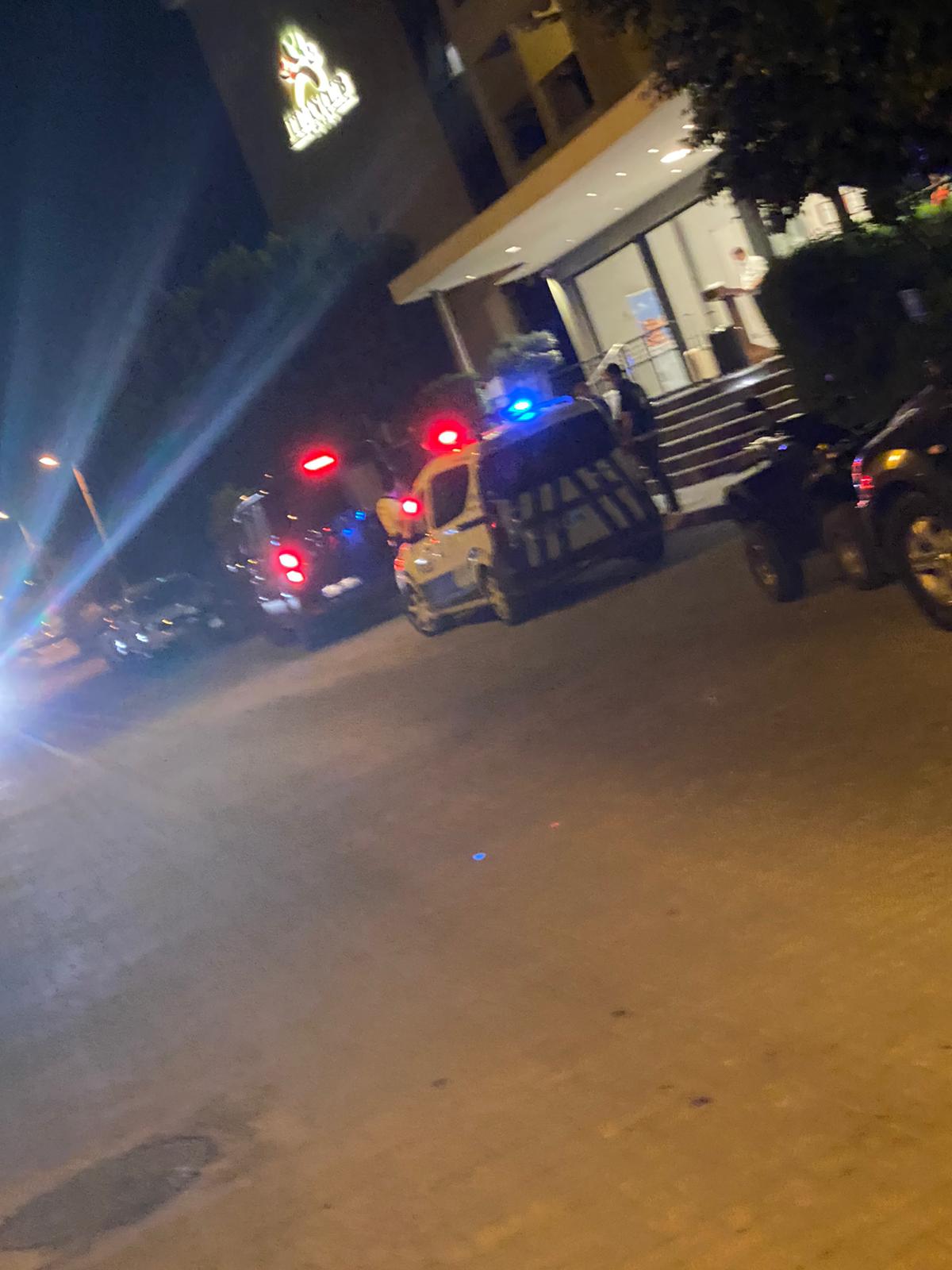 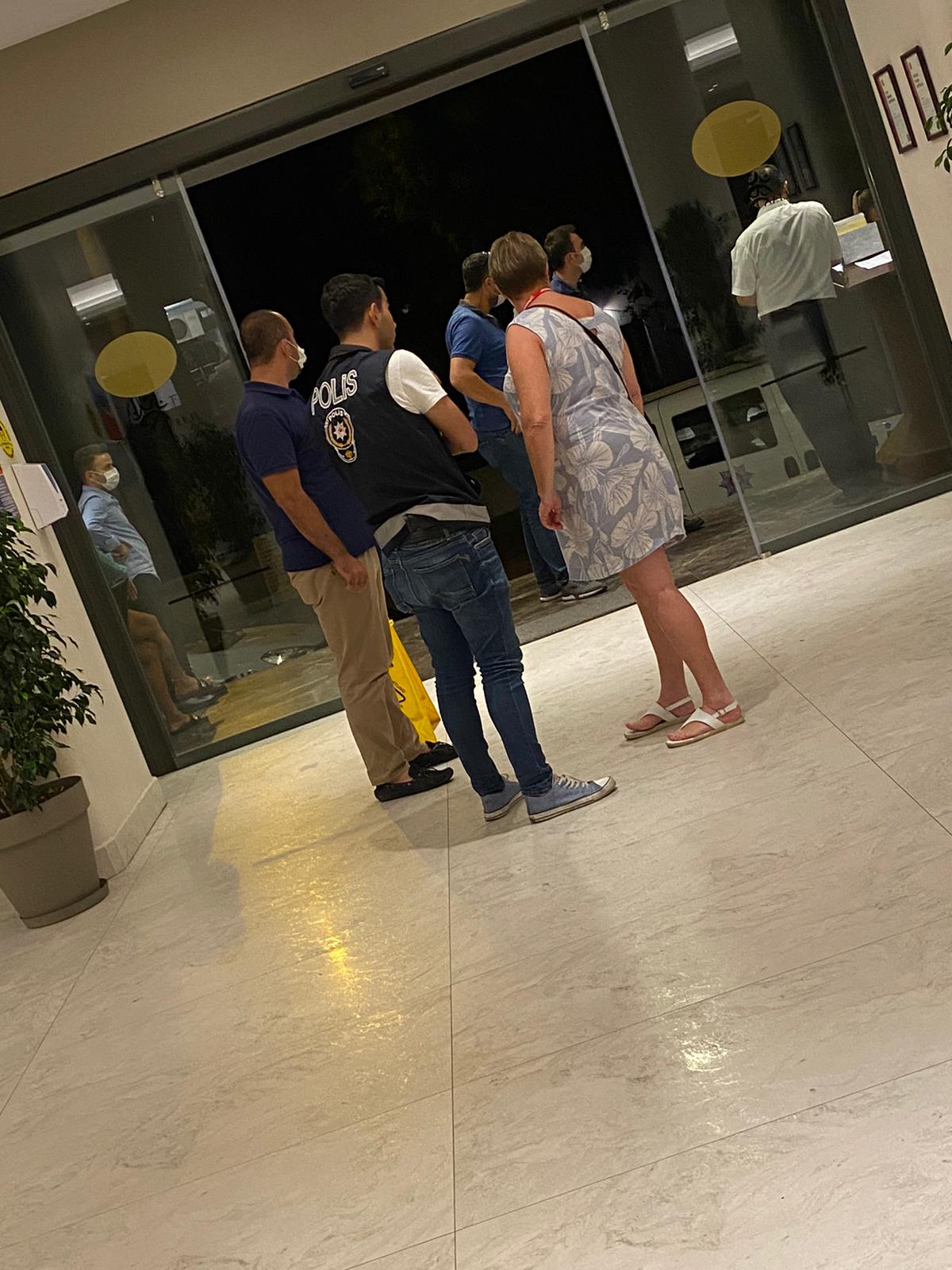 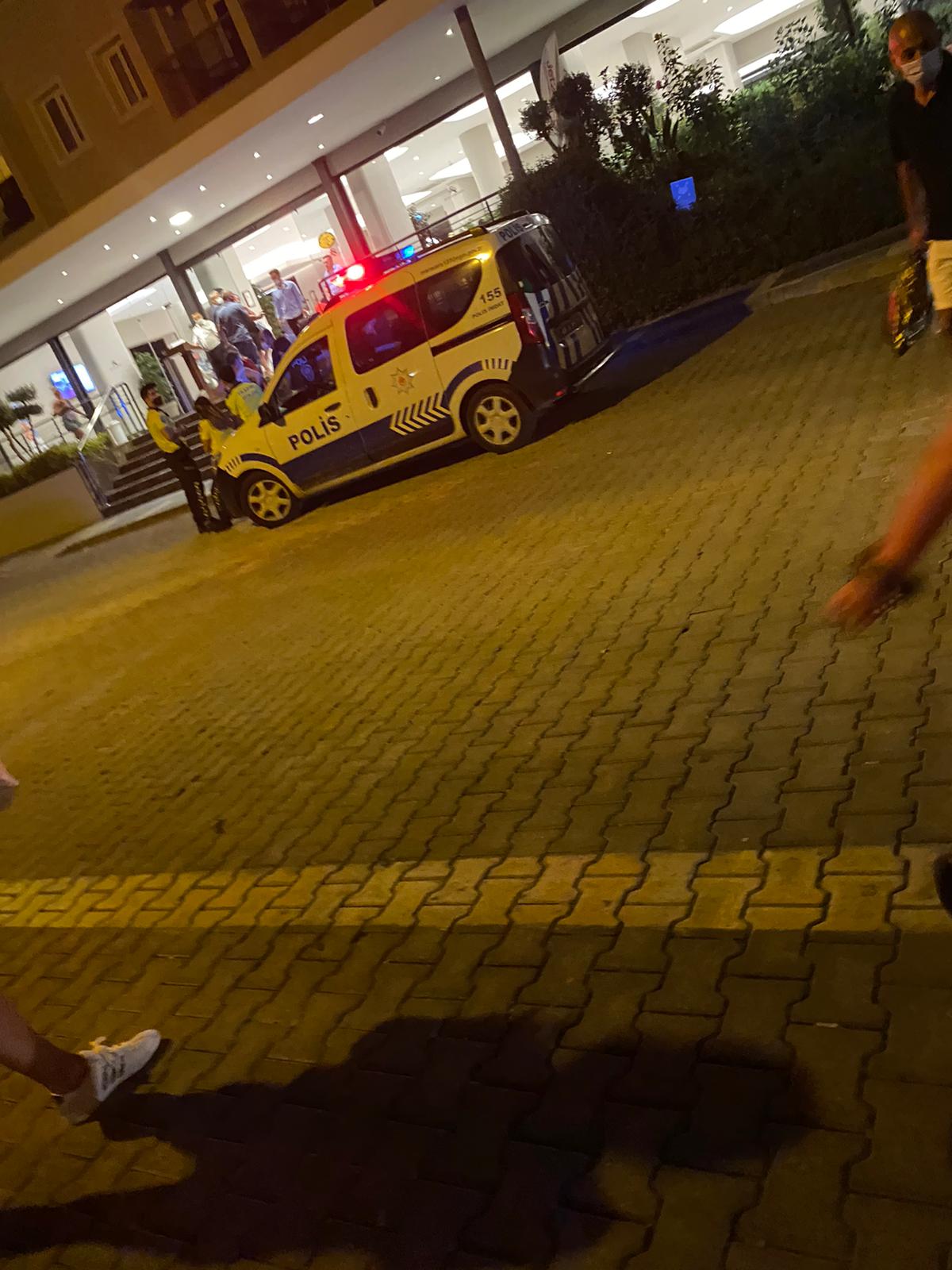 Connor told The Sun Online his son, 9, was in the pool when the brawl started, but he spotted his daughter stuck near the bar and jumped into action.

He said: "I chucked my phone on the sunbed and ran straight to her and got her out. My partner started crying.

"I pulled a young family out with a three-year-old, they couldn't get out of the bar because they would have had to go through the fight to get to an exit."

He added: "Everyone was walking on glass after that, one family even went home early because it was so awful.

"I wouldn't recommend the hotel at all. I feel bad for the staff. I have never seen anything close to that."

Pictures show police parked up at the hotel after the brawl, and hotel management told to The Sun Online they have a "zero tolerance policy" for violence. 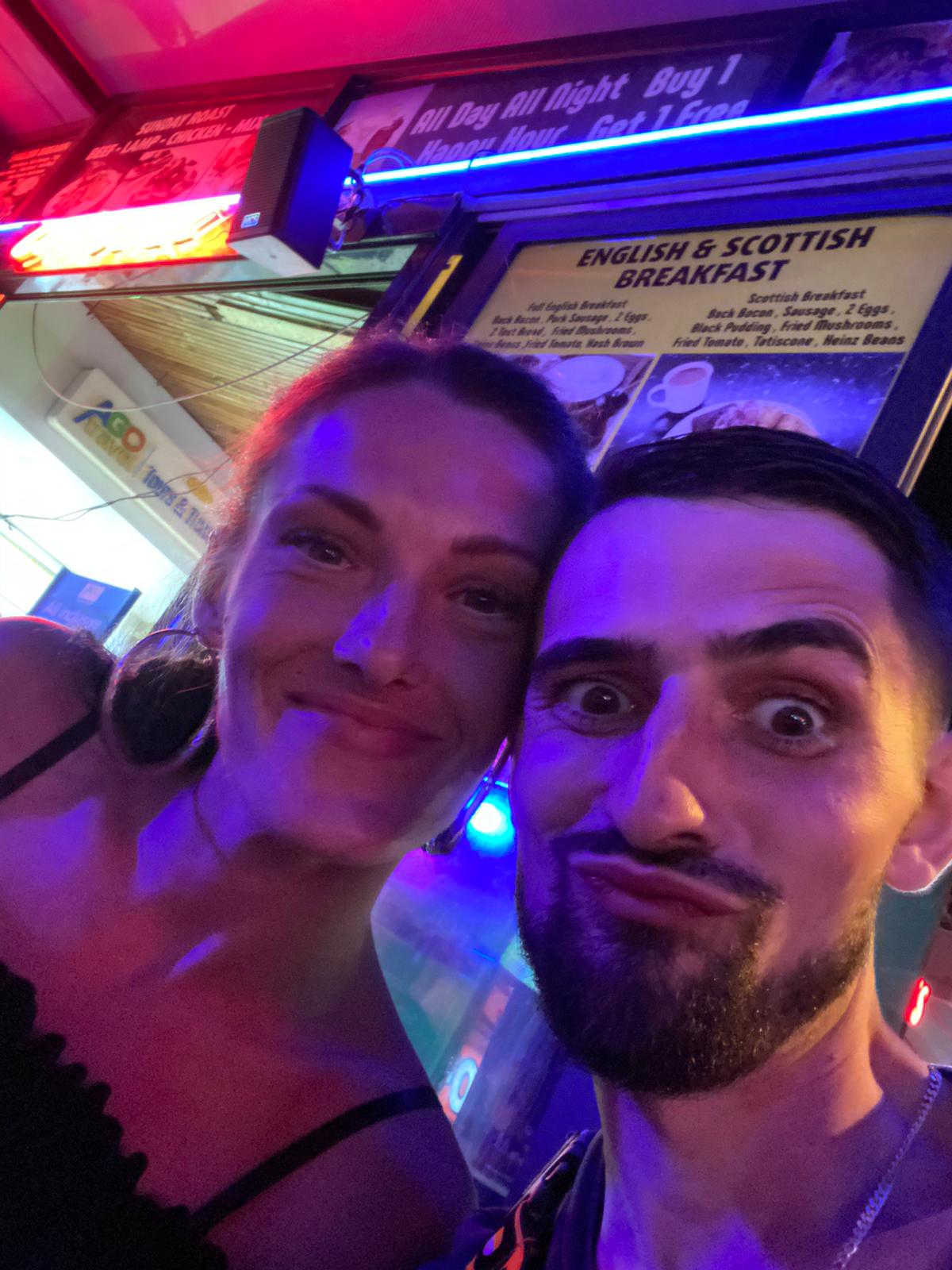 In a statement, hotel bosses said: "Our security measures are at the highest level where safety procedures are implemented with zero tolerance and with great precision.

"Any incidents that occur in our hotel are intervened immediately and effectively as we have high security and CCTV throughout our hotel.

"Necessary sanctions are applied with the zero-tolerance principle which we are very strict about.

"Should any guest be involved in a fight or an incident, we always inform their travel company holiday advisors.

"We acknowledge we had a fight between the customers, we dealt with this quickly and professionally.

"The police were called and the customers involved in the incident were evicted from the premises."