A YOUNG boy has had to have part of his bowel removed after he swallowed a magnetic fidget ball. 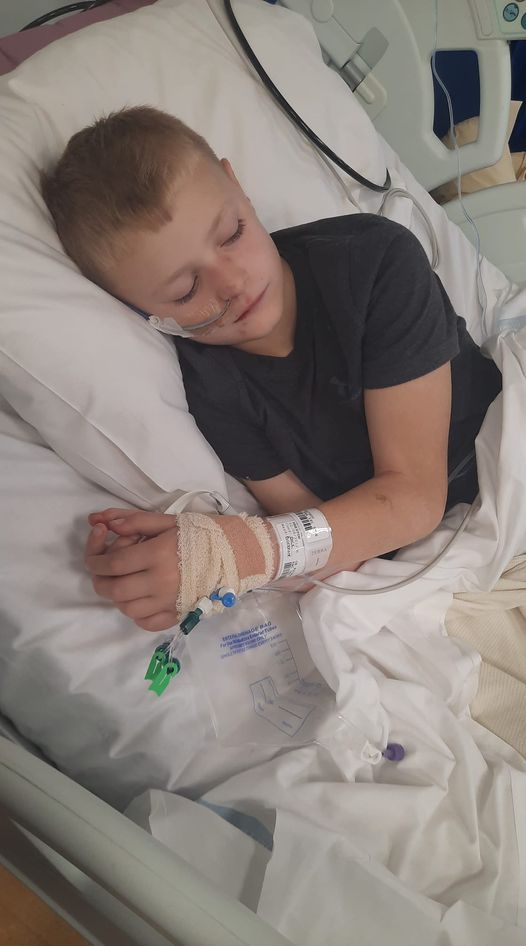 After taking her son to hospital she confirmed that the young boy had had to undergo emergency surgery which resulted in part of his bowel being removed.

According to Belfast Live, the opeartion was deemed necessary after the magnetic balls had come together inside his bowel.

His Auntie Claire explained that the family had only noticed that the young boy was ill during the late hours of Saturday night after he been playing with the fidget toy.

It soon emerged that he had had an accident while trying to copy a TikTok video.

She explained: "Preston had been using them (the balls) and was following some TikTok trend where people put them on their tongue in order to pretend that they have a piercing and he has swallowed three of them by accident.

"He had been given them and his mum had no idea that he had them until it was too late.”

After doctors completed a successful operation, the young boy was told that he cannot eat or drink for 48 hours as his condition is accessed.

But his devastated mother has taken to social media to warn other parents about the dangers of the popular fidget toys which she says are “too dangerous.”

She said: "So we all know that the new craze for kids are fidget toys, including these magnetic balls. If your kids have them please, please, please throw them in the bin now!

"This is no joke please throw them out if you have them, they are too dangerous and really should be illegal to sell."

Sister Claire also echoed these concerns to parents saying: "These are sold as educational toys and are very cheap to buy and will be something easily accessible to children.

"Parents need to be aware of the dangers of these toys because a small accident can have horrendous consequences.”

The incident comes a few years after a boy in the US was lucky to survive after swallowing thirteen magnets out of a toy.

He had allegedly ingested them after breaking open what appeared to be a Magformers tile toy.

The holes led to an infection as he was required to undergo treatment and have his colon removed.

Amazon, who stocked the product, were forced to take the product off the site after his mother’s warnings to others went viral.

She wrote: “Amazon has removed the products that were gifted to us.”

“This is a huge win in my book because as you can see it in the original product purchasing it says it age appropriate for baby's SMDH.”

Rate of Consumer Price Index inflation rose to 1% in July