A BOY of six wearing his late great-uncle's medals joined D-Day veterans at yesterday's Remembrance events in Normandy saying: "You're all my heroes".

George Sayer held hands with Gold Beach veteran John Quinn, 95, as he told how his great-uncle, who passed away 18 months ago, had been his idol. 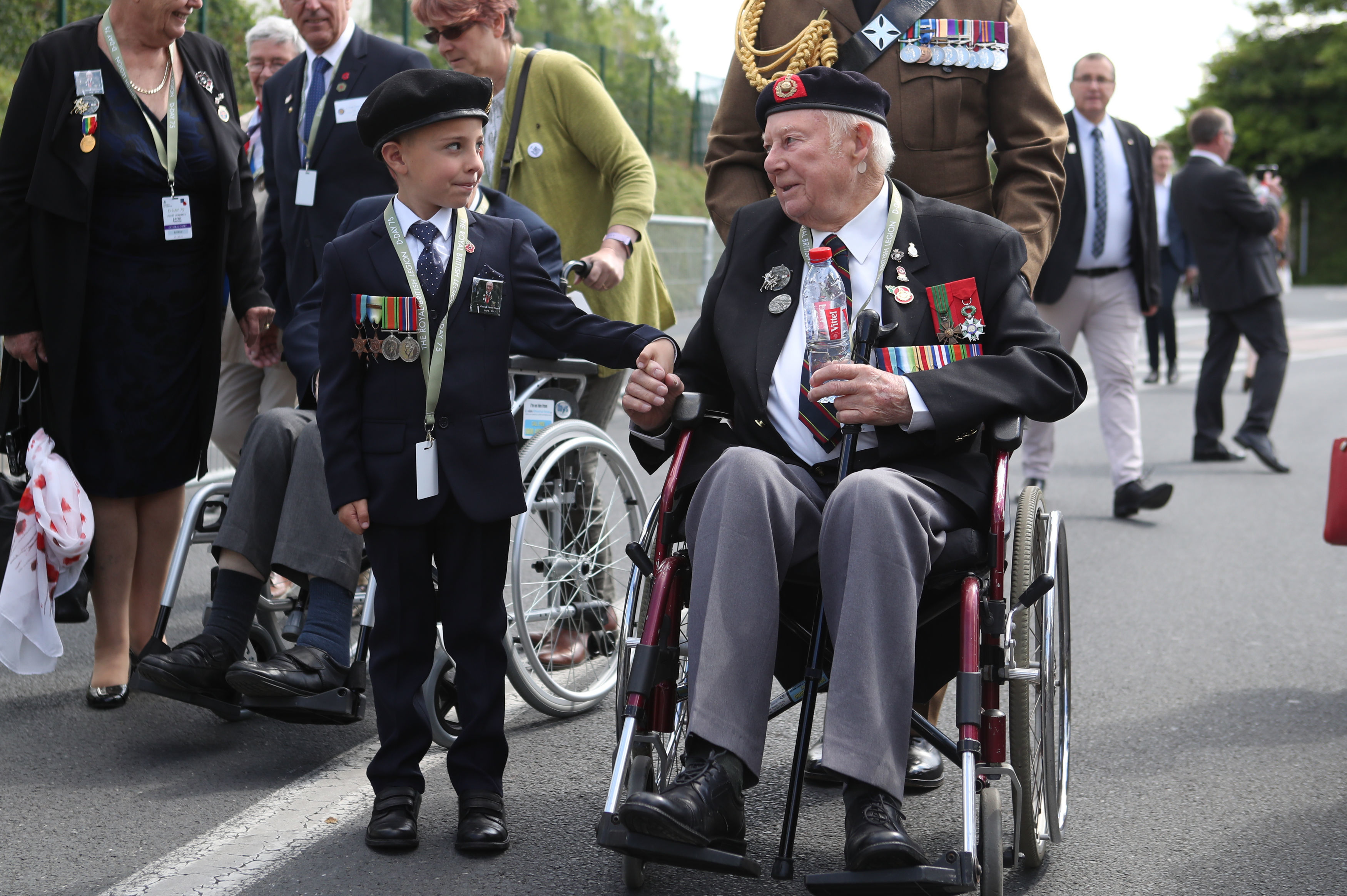 But the youngster, named after his relative, added: "Now he has gone, all these men are my heroes."

The lad, also sporting George's black beret, was allowed to join the veterans after borrowing the Royal Navy hero's medals.

He begged his family to let him go with them to the 75th anniversary D-Day Commemoration at Bayeux attended by Prince Charles yesterday.

It is tradition that every June 6 veterans make the ten-minute walk from the cathedral to the nearby Bayeux War Cemetery.

His great-uncle, from Norwich, who died aged 93, was in one of the first landing crafts to hit Sword Beach.

The family had planned to go to the commemoration with George before he died.

Now he has gone, all these men are my heroes

Gran Pat Sayer said: "So we decided to come as a family. There are 11 of us here to honour uncle George.

"His son Kerry asked that little George wear his medals."

Pat added: "We took Uncle George back to Sword Beach once.

"He said, 'All I can see is a red sea with arms and legs floating in it.'

"He didn't speak much about the war otherwise."

Mr Quinn, a former Royal Marine from Lincolnshire, was awarded the Croix de Guerre with silver star and has a mention in dispatches for his wartime service.

Yesterday's commemorations could be the last major anniversary of the D-Day landings attended by the heroes who faced Nazi gunfire on the beaches of Normandy in the summer of 1944. Here are some of their astonishing recollections of D-Day.

Ron Tungatt knew he had a crucial role in the engine room of landing vessel 419 in 1944.
He needed to keep the engines running so the troops and military hardware on board could be landed quickly and safely on Sword beach.
It’s what he’d trained for and he was ready. But, he admits, he was scared too.
He said: "My last thought before I went to sleep was ‘will I see daylight again?’ I prayed hard.
"I feel quite proud, I suppose.
"When you got to shore, the thought was always there that you could hit a land mine, or get bombed or shelled.
"But we got through it. And I think ours was a lucky ship. We went to the heart of the action and came through with barely a scratch."

As a 21-year-old, Pixie Jenkins, who was in Women's Royal Naval Service, helped drive troops and equipment to Newhaven Docks in East Sussex in the the build-up to D-Day and throughout the Normandy landings.
Now 100 years old, Pixie said: "I think the men that went over were wonderful and I hope the younger people today realise how fortunate they are to have people like that.
"I think so many youngsters today have forgotten about the men.
"They look at them and think 'they're old men now' – to them they're just old men.
"And they're not, they are wonderful, wonderful men that went over.

Ernest Green, 93, and Robert Barnett, 93, were both on HMS Redpole when it sailed to Juno Beach on June 6 1944.
Both men became emotional describing their starkest memory of D-Day – having to watch on as they saw Canadian troops killed in the water before them.
They were both manning guns on the ship, protecting the landing craft from air and sea attacks.
Mr Green, his voice cracking, said: "To see the chaps who were dead in the water.
"I'm sorry, I get emotional when I think of it."
Mr Barnett nodded as he continued: "We couldn't do anything."

Sid Barnes, 93, from Norfolk, served in the Royal Army Service Corps and landed on beach by Arromanches on June 6.
He returns every year to the town and attends commemoration events.
Mr Barnes said: "People are coming up to us to say thank you. But I think 'thank you for what?'
"We just did what we knew we must do. It is nice to know we are valued though.
"It's nice to take part to be here but it's very difficult as you remember the others who died."

He joined the Reserves in 1947 and remained on the active list until 1957.

George's grandmother Mrs Sayer added: "The service was amazing. We're going to to to make going to it a yearly thing.

"We just met John Quinn today. George talked to him about his great-uncle and told him that he was his war hero." 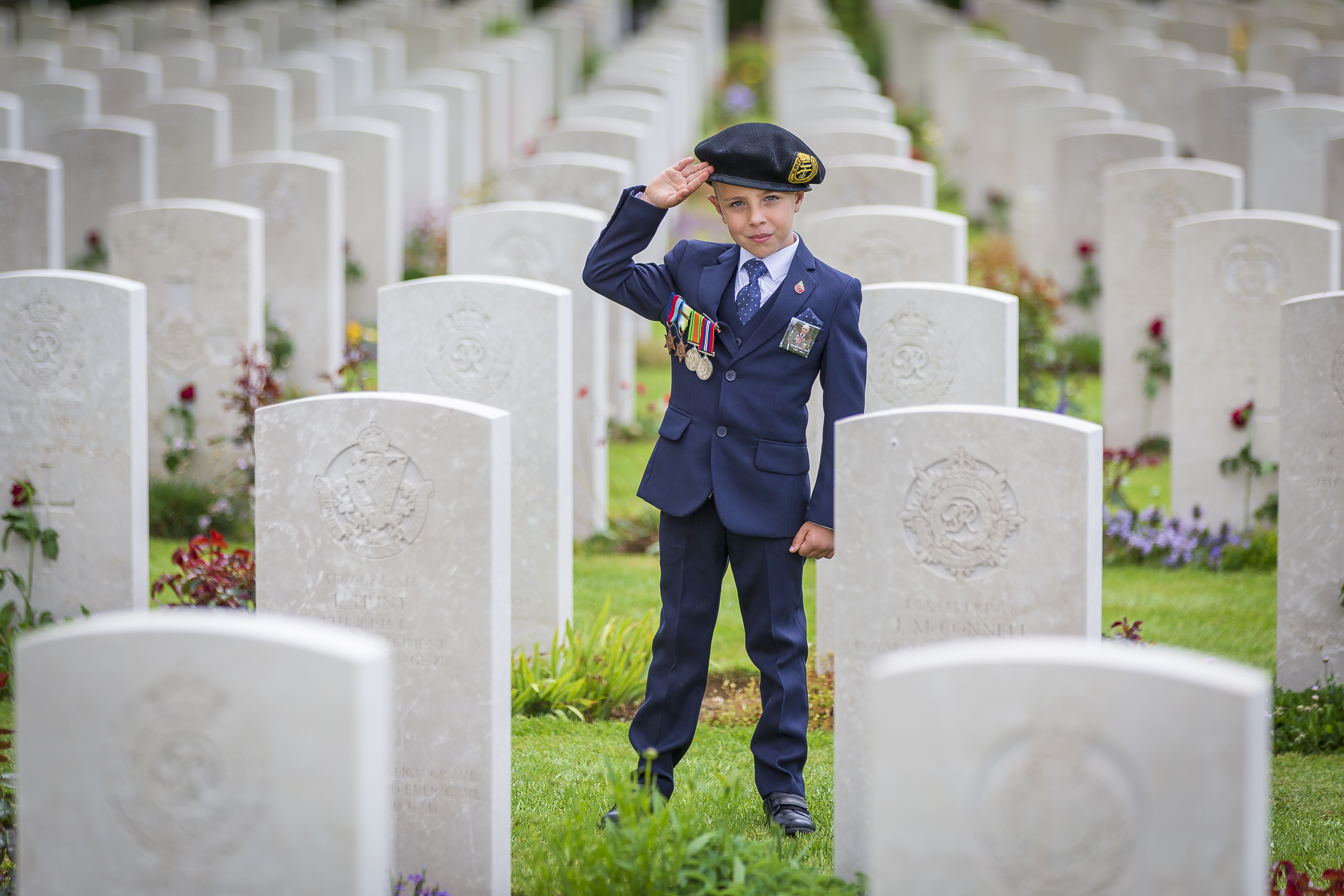 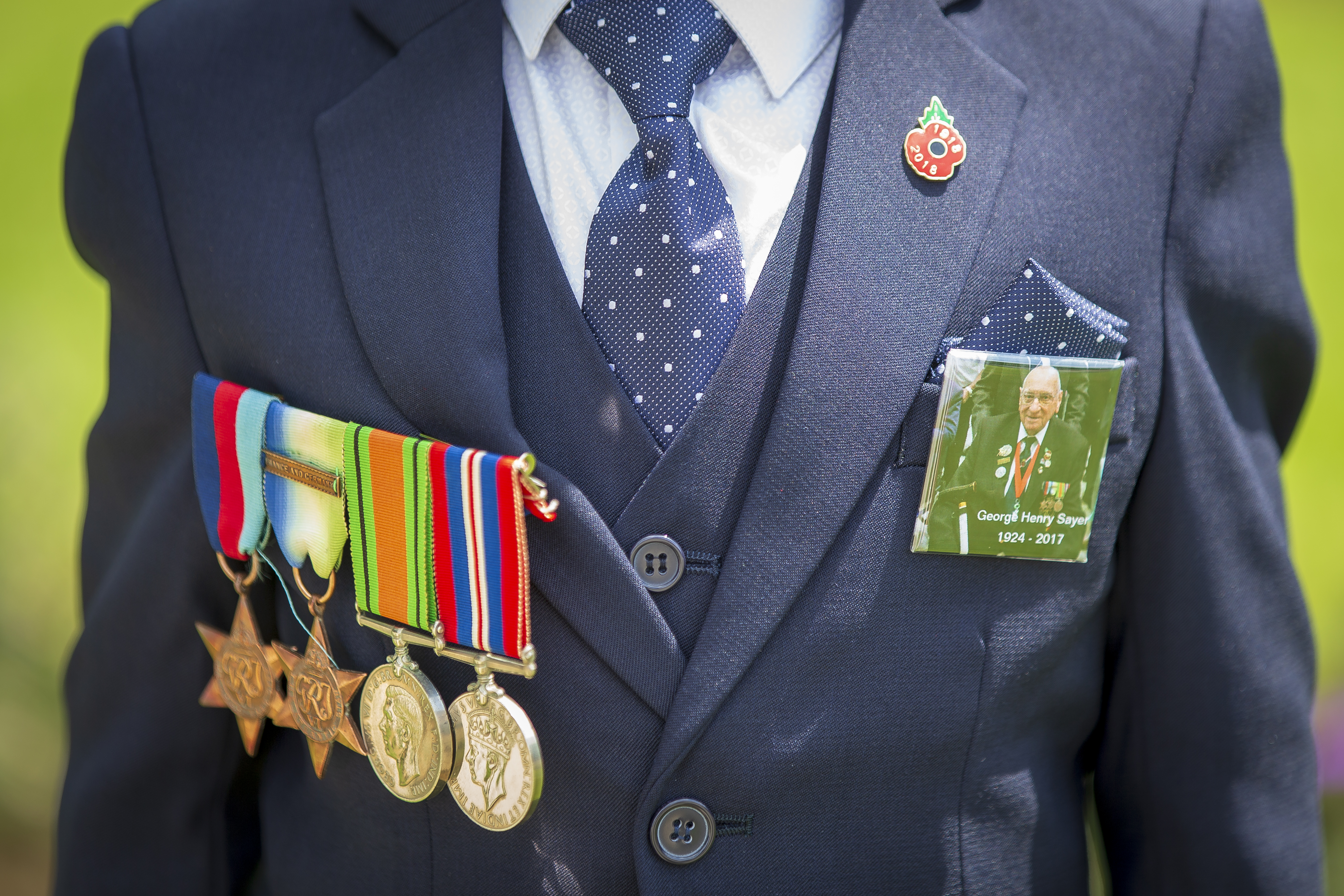