BORIS Johnson's police Range Rover hit an officer while escorting the PM to the Commons this morning.

A Met Police PC was struck by the vehicle as Mr Johnson was taken to Prime Minister's Questions. 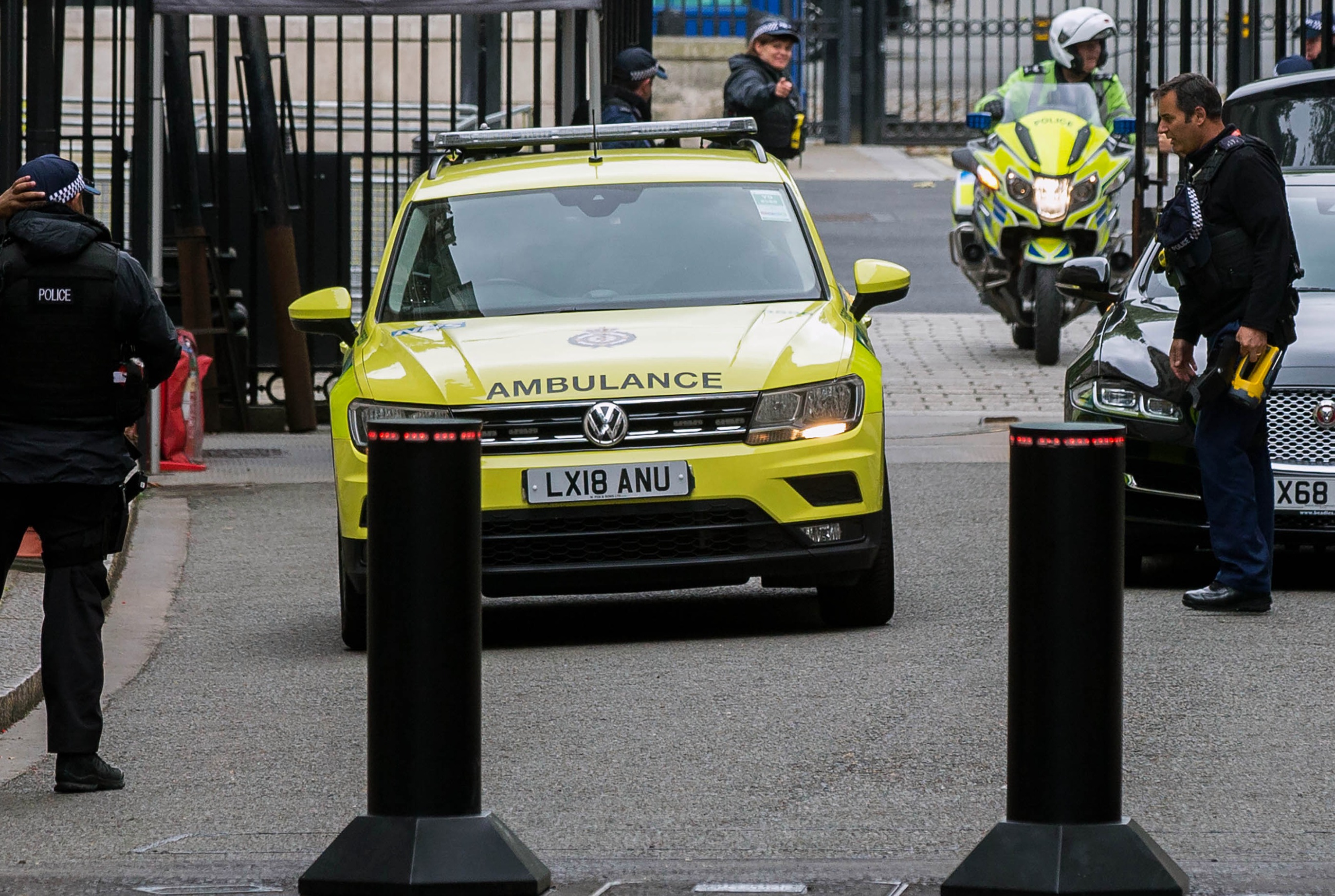 The 4×4 was travelling behind the the PM's car at the time of the collision.

It also hit the wing mirror of a parked police car.

Paramedics were called to the scene just before 11.55am.

The officer was treated in Downing Street. He appeared to be shaken but otherwise unhurt.

Officials have since confirmed the cop was offered medical attention "on a precautionary basis".

Bravely, he remained on duty afterwards.

A spokesperson from the force said: "A police vehicle was involved in a collision with an officer on foot at Downing Street at 11.51am.

"The officer was checked over and did not require hospital treatment. He remained on duty." 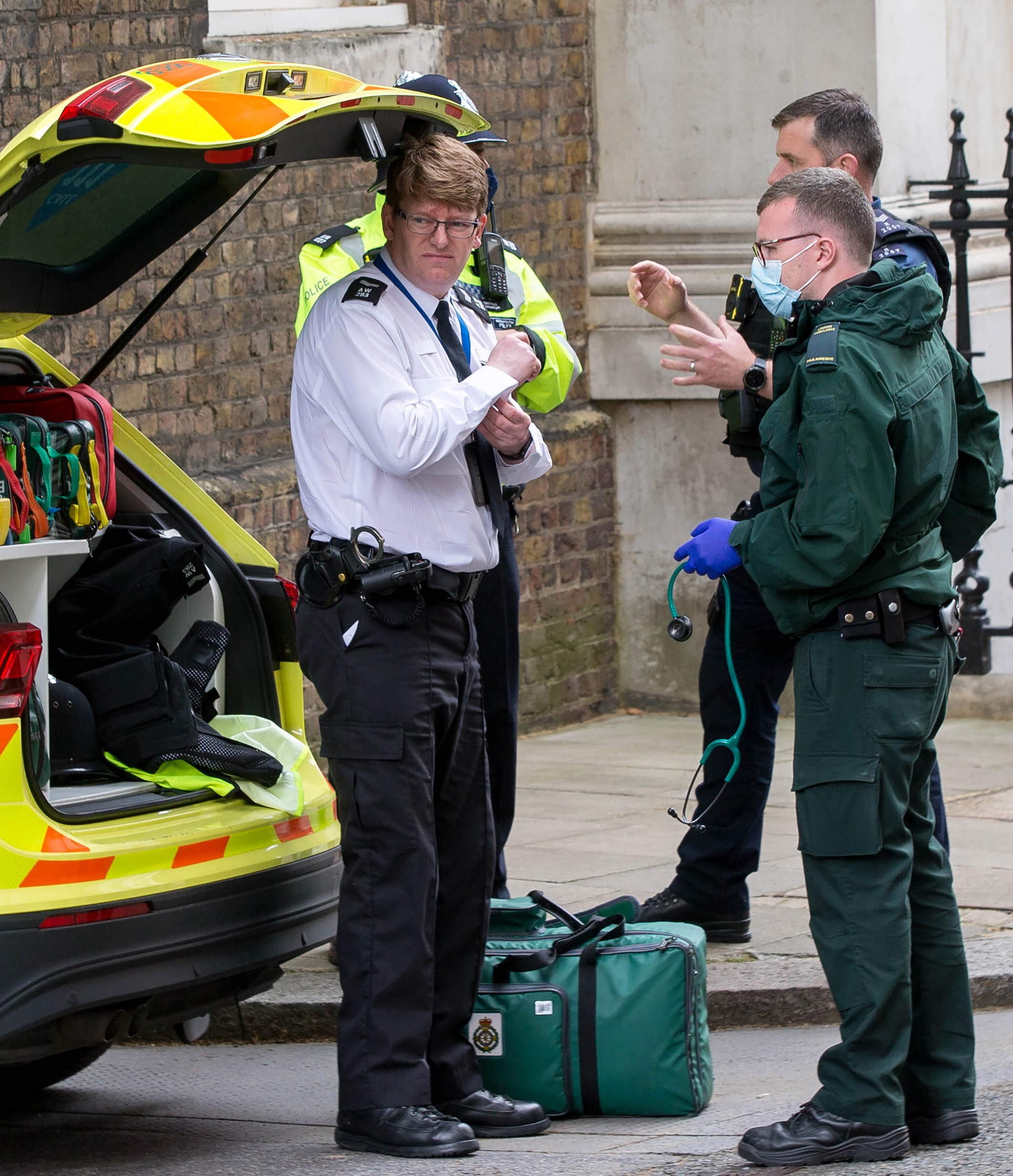 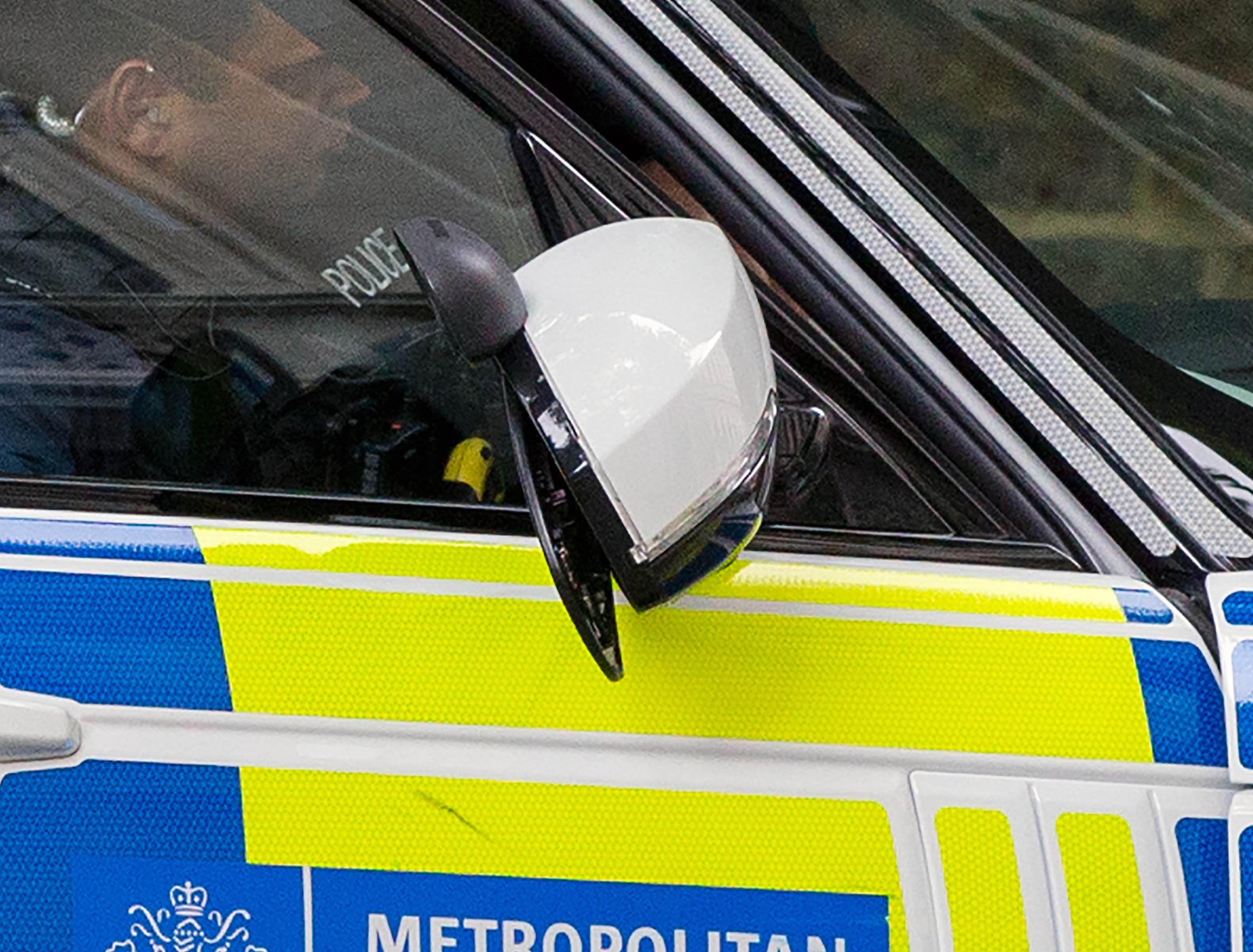 A photojournalist tweeting under the name Politicalpics said: "Policeman gets hit by Boris Johnson police back up car as he leaves for PMQs, walks away shaken but looks OK."

The PM's car is followed by two unmarked Range Rovers with security staff inside.

He is constantly flanked by a team of protection officers from the UK Special Forces and the Met Police.

In years gone by, motorcycle outriders would have gone ahead of his car.

However, the practice was axed during David Cameron's time as PM.

A London Ambulance Service spokesperson said: "We were called at 11.54am today to reports of an incident on Downing Street.

"We sent an ambulance crew.

"They treated a person at the scene but did not take them to hospital."

During PMQs today, Mr Johnson faced a tough grilling on Matt Hancock's affair with an aide.

The PM dodged questions on whether he'd sacked the former Health Secretary on Friday – after The Sun revealed hypocritical Hancock's liaison.

Mr Johnson initially stuck by the ex minister and said the "matter is now closed" before Mr Hancock threw in the towel and quit on Saturday night.

Labour leader Sir Keir Starmer blasted: "It's the same old story, isn't it it… while the British people are doing everything asked them, it's one rule for them, and another rule for everybody else."

A flustered Boris tried to hit back, saying: "I read the story with you and everybody else on Friday, and we had a new Health Secretary in place by Saturday… I think that speed was fast."

Who was Robert Mugabe? Former president of Zimbabwe who has died aged 95