Boris Johnson’s £2.5bn pledge to the jobless: Workers who lose their roles because of covid will be able to retrain as builders and other trades and those without A-levels will get free college courses in new skills drive

Boris Johnson will use a speech to promise guaranteed opportunities for life-long learning as he looks to help create a jobs recovery after the pandemic.

Chancellor Rishi Sunak last week, when unveiling his plan to support jobs after the furlough scheme is wound down next month, admitted not every job can be saved following the hit that Covid-19 has dealt the economy, with his focus turning to propping up ‘viable’ employment.

But the Prime Minister will use a speech on Tuesday to outline his intention to create conditions for people to upskill at any stage of their life in a bid to help those made redundant to retrain for new positions. 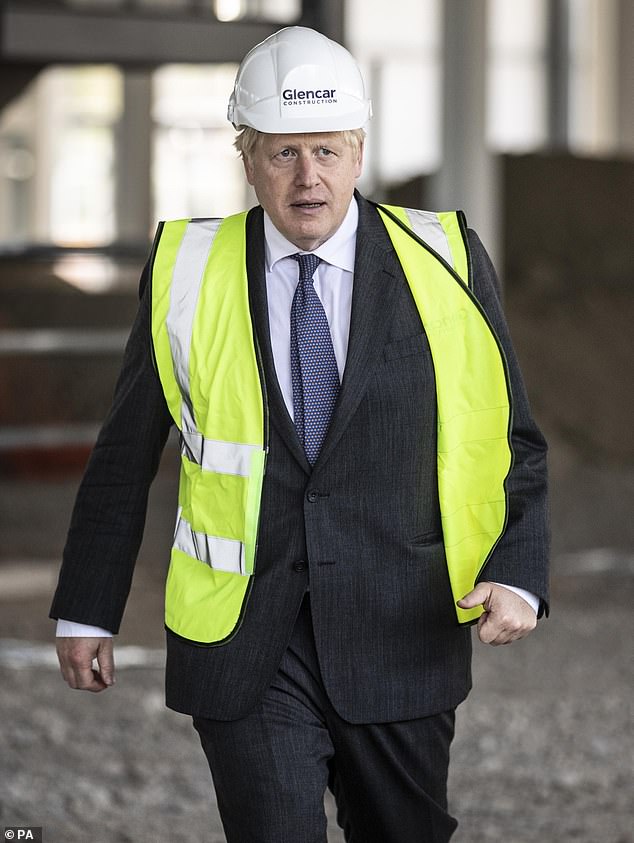 Boris Johnson, pictured visiting the construction site of the new vaccines Manufacturing and Innovation Centre near Didcot, is set to announce £2.5 billion to help those affected by the Covid lockdown train or retrain in essential trades such as building and plumbing

He is also expected to announce that workers who lose their jobs because of the Covid lockdown will be offered apprenticeships to retrain as builders, plumbers and other ‘essential trades’, according to the Telegraph.

Mr Johnson is planning to say: ‘As the Chancellor has said, we cannot, alas, save every job.

‘What we can do is give people the skills to find and create new and better jobs.

‘So my message today is that at every stage of your life, this Government will help you get the skills you need.’

The guarantee, according to Downing Street, will see adults without an A-level or equivalent qualification offered a free, fully funded college course to provide them with ‘skills valued by employers’.

They will also be given the opportunity to study at a time and location that suits them.

This offer will be available from April in England, and will be paid for through the National Skills Fund – which will be topped up with an additional £2.5 billion.

A full list of available courses will be announced next month, Number 10 confirmed.

The government is also committing £8 million for digital skills boot camps and, from next year, boot camps will be extended to sectors like construction and engineering, which it hopes will help the country ‘build back better’.

This is being expanded today to include 62 additional courses.

The Prime Minister is expected to add: ‘We’re transforming the foundations of the skills system so that everyone has the chance to train and retrain.’

As part of the measures, the Government plans to make higher education loans more flexible, allowing adults and young people to space out their study across their lifetimes, rather than undertake it all in three to four-year intensive blocks.

Ministers believe the shake-up will allow would-be students to take more high-quality vocational courses in further education colleges and universities, while allowing people to retrain for the ‘jobs of the future’. 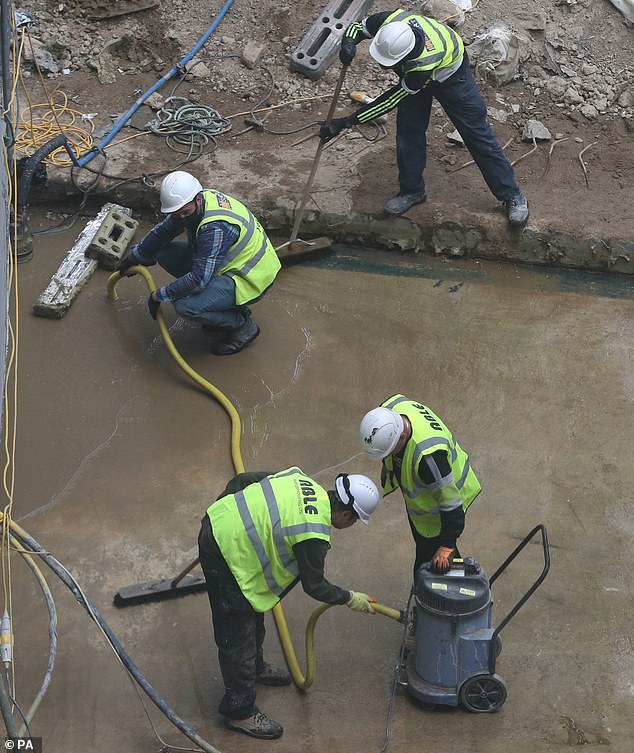 The government is also expected to announce an increase in apprenticeship opportunities with more funding for small firm apprenticeships, and greater flexibility training is structured

These reforms will be backed by continued investment in college buildings and facilities, with more than £1.5 billion earmarked for capital funding, No 10 said.

Apprenticeship opportunities will also be increased as part of the Prime Minister’s plan, with more funding for small and medium-sized enterprises taking on apprentices.

The Government will allow greater flexibility in how their training is structured, especially in sectors such as construction and creative industries, it is expected to announce.

As a result, only 10% of adults hold a Higher Technical Qualification as their highest qualification, compared to 20% in Germany and 34% in Canada.

This is despite the fact that five years after completion, the average Higher Technical Apprentice earns more than the average graduate, the Government says.

Because of this, Boris Johnson is expected to announce plans to make higher education more flexible to facilitate lifelong learning.

The scheme is expected to make it easy for adults and young people to break up their study into segments, transfer credits between colleges and universities, and enable more part-time study.

This new arrangement will provide finance for shorter term studies, rather than having to study in one three or four year block.