It’s Bobby Brown’s prerogative to dish some dirt in his A&E original biography — and he delivers.

Part one of the two-night event took place Monday and was chock full of juicy tidbits about the singer’s decades in the spotlight. The singer gave his unfiltered takes on his rise to stardom, getting booted from New Edition after clashing with his bandmates over his scene-stealing antics and then striking out on his own as a solo performer in Biography: Bobby Brown. The performer known for his Gumby ‘do lived an excessive lifestyle at the height of fame, dropping $1 million in a day just because, and that included an out of control sex life with him admitting he was a sex addict. Brown also detailed romances with Whitney Houston and Janet Jackson, and a fling with Madonna.

Despite how it ended, Brown and Houston had a full-blown love affair, which began at the 1989 Soul Train Awards. He recalled feeling good that night, being recognized for the first time for his solo career, then going backstage only to have the songbird dubbed “The Voice” hit on him. 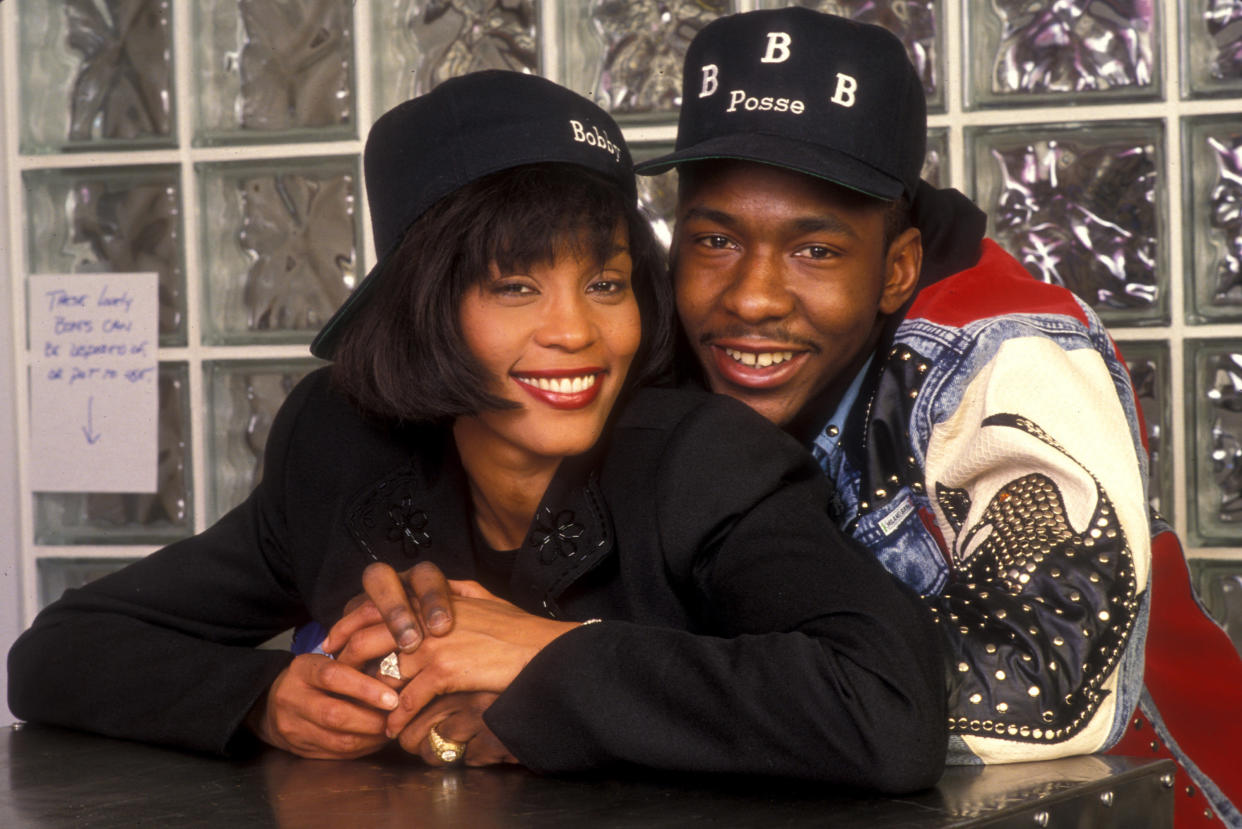 “I remember that night like it was yesterday,” Brown said. Not only did he pick up the award for Best R&B/Urban Contemporary Album of the Year – Male, but “it’s also when I fell in love.”

After performing “My Prerogative” and going backstage, “Whitney walked up and was bumping me. She just kept bumping me,” he remembered. “I turned around and I said, ‘You know you keep bumping me.’ She said, ‘I know.'”

“From there it was just love at first sight,” he continued. “Something about her eyes made me melt inside. I said, ‘If I ask you on a date, would you say yes?’ She said, ‘Of course.'”

Wasting no time, the next day they had their first date. It began with shopping in Beverly Hills, dinner at The Ivy and then “we just chilled for the rest of the evening.” But the bad boy was smitten. “Just the way she looked at me from day one until the last day that we were together was always special.” 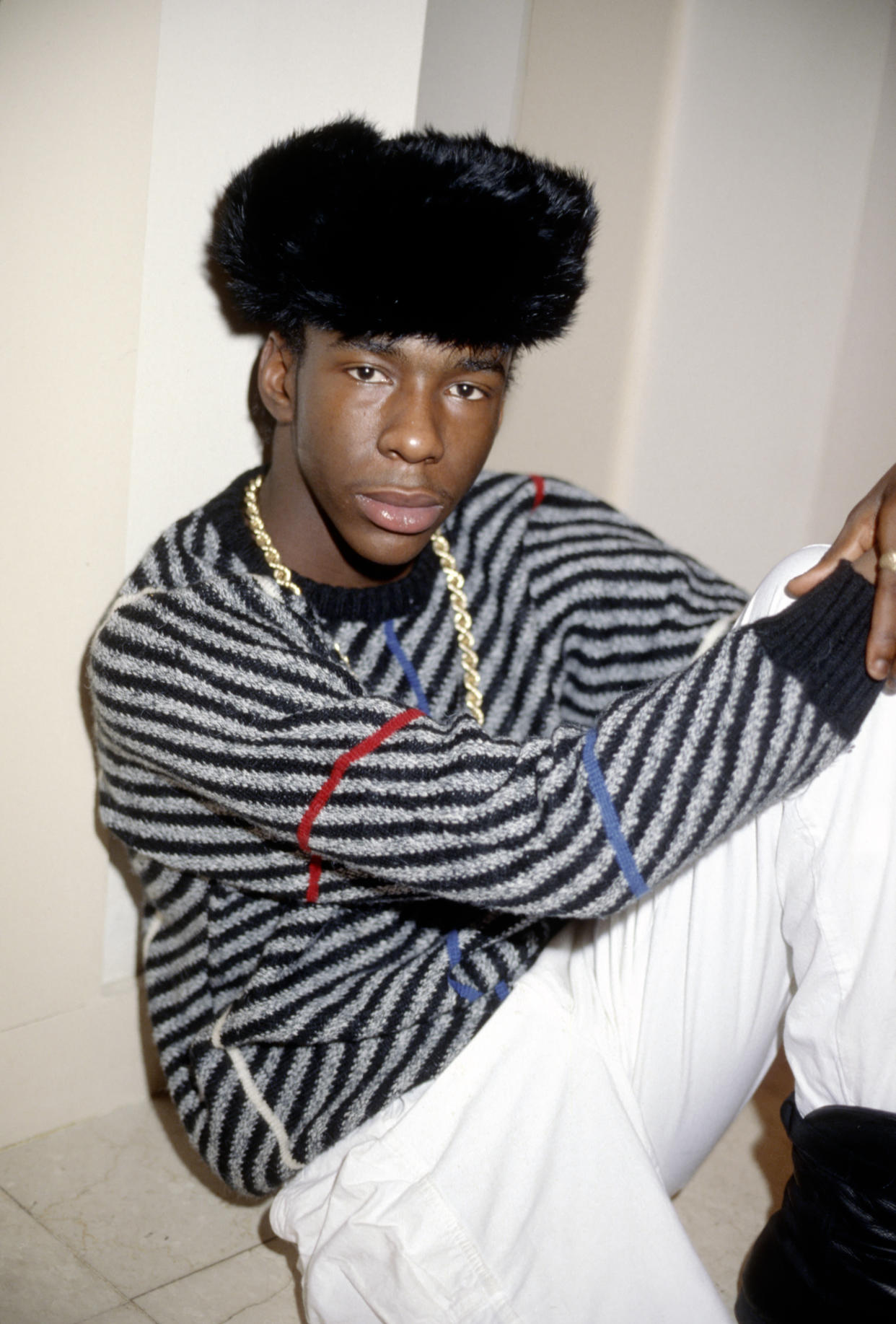 While night two of the doc gets into the sex, drugs and ultimate combustion of the pairing as well as the tragic death of their only child, Bobbi Kristina, Brown talked about his affection for Houston on the documentary’s first night. He also opened up about the “crush of my life,” Jackson.

“I had a big crush on Janet,” whom he dated prior to Houston. “What was it about Janet? Everything. Her little smile. Body. Her dance moves. Her little laugh.”

And while they “loved each other’s company,” they “didn’t have that long of a relationship. The reason me and Janet broke off, she couldn’t be with a man like myself. I’m from the projects. I’m hood. Her father” and manager Joe Jackson, “wouldn’t allow her to be with someone like me. Janet was the crush of my life, but I was about to meet the love of my life,” Houston.

He also spoke about a fling with Madonna. Asked if he slept with the Material Girl, he replied, “We didn’t do any sleeping.” 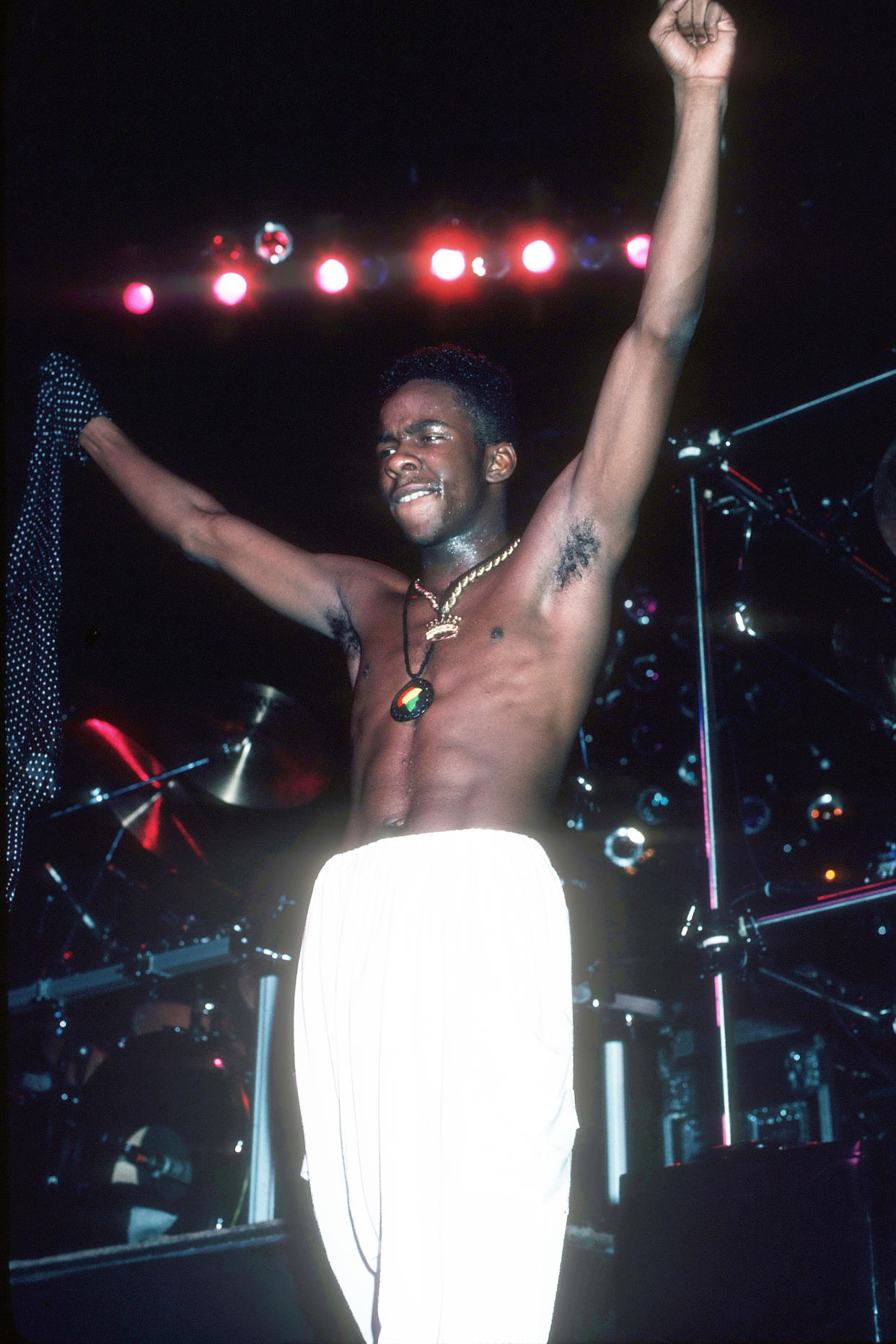 Now 53, remarried to Alicia Etheredge and a dad to seven (five living), Brown spoke at length becoming a sex symbol, at just 15, and wild times with women that followed. He laughed about his crazy sexcapades, having multiple groupies in different hotel rooms at the same time as well as a wild night with Mike Tyson and two dozen women. He also spoke about his onstage arrest for lewdness in 1989 — because simulating sex on the stage with audience members was part of his show in the Don’t Be Cruel era. However, he also acknowledged that his addictions went beyond drugs and alcohol.

“I believe I was a sex addict,” Brown admitted.

The doc also looked at Brown’s early years growing up poor in the Orchard Park Projects in Boston’s Roxbury neighborhood. He was diagnosed with bipolar disorder and started drinking at age 7 or 8. He watched as his best friend was stabbed to death. His mother, a teacher, was arrested and the victim of police brutality, leading Brown to be removed from his home by social services. While under state care, he was molested by a priest.

“Wow, I didn’t think I was going to talk about that,” he admitted as he detailed the violation.

And that was the vibe of the first two parts of the doc, which also touches on the heartbreaking deaths of his kids Bobbi Kristina and son Bobby Jr.

“My life hasn’t been easy,” he admitted. “Just trying to find ways to cope with the loss of so many individuals in my life.”