Black Covent Garden shop assistant wins £8,400 damages after manager branded her the ‘filth of society’ in row over the mispronunciation of her name

A black shop assistant has won a race claim after claiming her manager said she was the ‘filth of society’.

Aaliyah Stretch, who was one of the only black members of staff working at the Covent Garden store, corrected manager Silvia Georghe after she mispronounced her name.

An employment tribunal heard Ms Georghe then told her to ‘shut up’ and said ‘I can call you whatever I like’.

Both women become ‘aggressive’ and Ms Georghe was caught pushing her colleague on CCTV, a panel heard.

The following day Ms Stretch was encouraged to resign and felt the company had taken her manager’s side of the story, the tribunal heard.

Ms Stretch has now been awarded £8,400 as the panel ruled she was racially discriminated against and harassed. 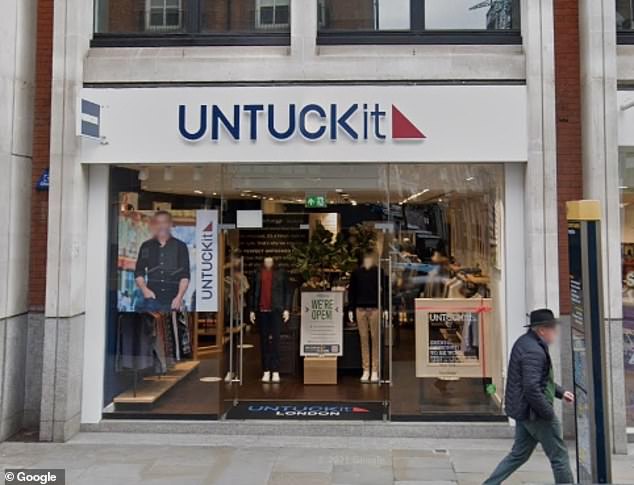 Aaliyah Stretch, who was one of the only black members of staff working at the Covent Garden UNTUCKit store (pictured), corrected manager Silvia Georghe after she mispronounced her name

Ms Stretch started working part-time as a shop assistant at UNTUCKit’s shop in Covent Garden, London, which sells an American brand of men’s clothing, in November 2019.

In December 2019 Ms Stretch emailed Vittoria Puccetti, the shop manager, asking to have a meeting after an incident had made her feel ‘uncomfortable’ and ‘upset’.

In the email she detailed how Ms Georghe had been ‘hostile’ towards her and had questioned where she had been after she had been told to put boxes away in the stock room.

The next day Ms Stretch asked to leave work on time and asked a colleague to take over a sale of £720.

But she was told she had to work overtime because she had been late the previous day due to a hospital procedure, the tribunal – held remotely in Central London heard.

On December 15, after arriving at work early, the tribunal heard Ms Stretch was kept waiting by Ms Georghe for ten minutes because she initially ‘did not want to speak to her’.

When her manager finally spoke to her, Ms Georghe ‘deliberately’ mispronounced Ms Stretch’s name which she found ‘extremely hurtful’.

After she corrected her, Ms Georghe said ‘I can call you whatever I like, shut up’ and told her she was stupid, the panel heard.

Ms Stretch was holding a kettle in the kitchen to fill the bucket to mop the floor at the time and said her manager lunged at her and pushed her before heading into her office. 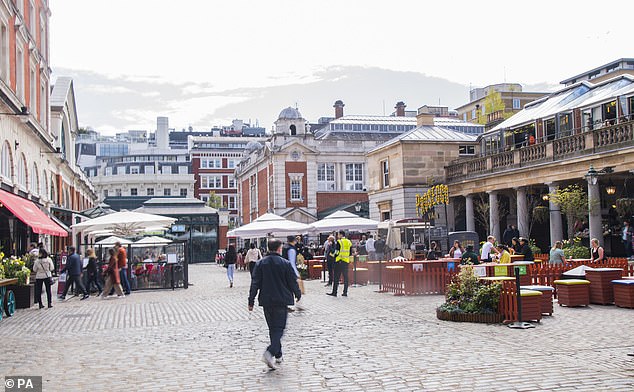 Ms Georghe denied trying to grab the kettle and described Ms Stretch as loud, aggressive, and said she was scared of her.

But Ms Stretch told the store manager this description was ‘racial stereotyping’ and ‘showed her distaste for black people’.

The tribunal heard Ms Stretch later wrote a letter outlining her complaints of bullying and said that on this occasion Ms Georghe had also described her as the ‘filth of society’.

She also told the panel she had heard Ms Georghe say she found black men ‘loud’ and ‘intimidating’ and found Woolwich, London, ‘frightening because so many black people live there’.

Ms Stretch suffered a panic attack on her way to work on December 19 due to ‘recent events’.

When she went into work the following day, she was handed a letter by Mark Barrett, the company’s director, who had watched the CCTV and decided both had been ‘aggressive’.

Mr Barrett suggested it was best she resigned to avoid disciplinary action, the tribunal heard.

Ms Stretch later resigned and then reported the matter to the police.

The tribunal heard she has suffered with anxiety since the ‘ordeal’.

The panel – headed by Judge Sarah Jane Goodman – concluded: ‘Keeping Ms Stretch in the staff room because [Ms Georghe] did not want to speak to her, calling [Ms Stretch] stupid and refusing to apologise for mispronouncing her name is offensive and humiliating, the more so as it came from a manager.

‘It came against a background of more minor unpleasantness the previous day.. Plainly both behaved aggressively in this episode in the kitchen, but at least on Ms Stretch’s account it appears she was provoked.

‘I conclude that Ms Stretch is unlikely to have made up her description of Ms Georghe’s comments about black people, and that the comment about being the “filth of society” did betray Ms Stretch’s race operating on Ms Georghe’s mind in her hostility to her

The tribunal accepted Ms Georghe’s behaviour amounted to race related harassment and concluded that the decision to discipline Ms Stretch and not Ms George was discriminatory because of race.

Judge Goodman added: ‘On the CCTV evidence both were aggressive, but Ms Stretch was not believed, and Ms Georghe was.’

Ms Stretch will be awarded compensation plus interest amounting to £8,400 from her former employer.