Home » World News » Black and Latino adults feel more hopeful for the state of the country and less fearful since November’s election, a new survey says 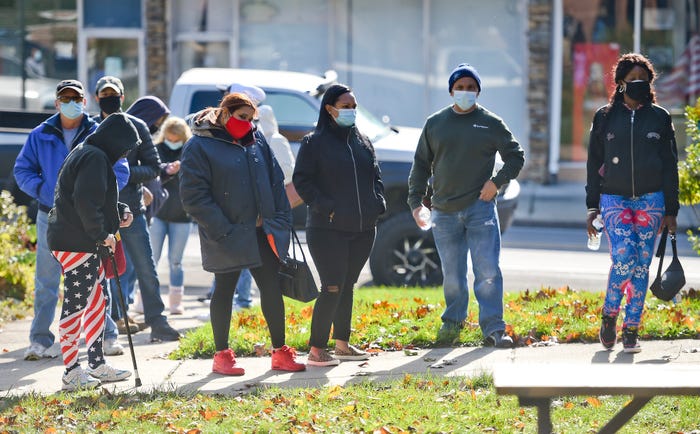 Black and Latino adults in the United States feel more optimistic about the state of the country in the wake of November's presidential election, according to a new survey.

The Pew Research Center released a data analysis finding that Black and Latino adults are more at ease with the country's current climate than they were in June — which was during the height of the protests and civil unrest following the deaths of Breonna Taylor and George Floyd.

According to the Pew Research Center, in June, 48% of Black adults and 50% of Latino adults said they were "hopeful" about the state of the US. That changed significantly in November.

The November version of the survey found that 64% of adults from both demographics expressed more confidence. In comparison, 50% of white adults and 54% of Asian adults said they were more hopeful and enthusiastic about the country's direction.

This year, Black and Latino communities across the country have struggled to recover from the COVID-19 pandemic. A study from Cornell University, the US Private Sector Job Quality Index, and RIWI  in August showed that Black and Latino workers were more commonly laid off during the second wave of the virus.

The coronavirus has hit Black Americans the hardest, and a CDC report in September highlighted that almost all coronavirus-related deaths of children and people under 21 have been Black or Hispanic.

According to the report, white and Asian adults maintained about the same amount of fear since surveyed in June, at 66% and 65%, respectively.

Pensioner who harassed lollipop lady is jailed for 10 months