Black AIG trainee, 23, will get damages payout after saying she was a victim of ‘unconscious bias’ despite tribunal ruling bosses were RIGHT to sack her for claiming pay while being OFF work

A black finance worker has sued City giant AIG after her boss dismissed her complaint she was the victim of ‘unconscious bias’.

Investment apprentice Julie Nyeko told senior manager Brenda Monaghan she was worried she was being unfairly treated due to her race.

She insisted colleagues needed training to identify prejudices they might not be aware of.

Ms Monaghan, a managing director at the international finance firm, was monitoring the trainee due to perceived issues with her attendance record and work ethic.

The senior executive dismissed her claim when it was raised at a meeting to discuss the 23-year-old’s work, an employment tribunal heard.

Ms Monaghan ‘shut down’ Miss Nyeko and ‘effectively told her race discrimination doesn’t exist’ on her team, saying it had ‘a number of women’ and ‘one Indian’.

Miss Nyeko was later sacked for gross misconduct over her absences, failing to do work required and claiming for pay on days she had not worked. 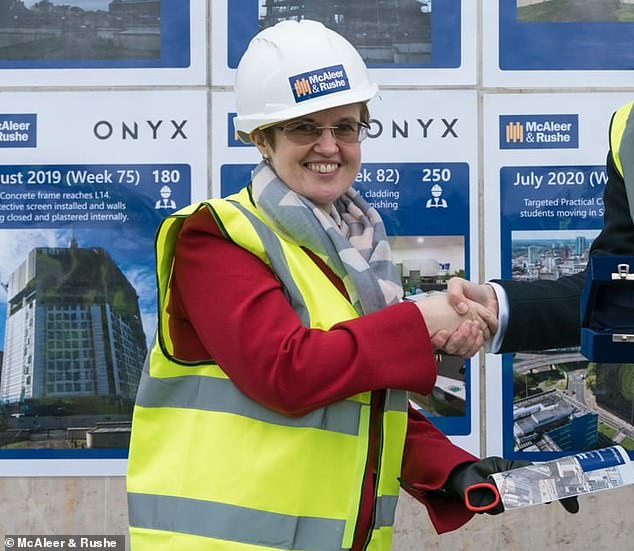 Now the junior investment worker has successfully sued AIG after bringing a victimisation case to an employment tribunal over the unconscious bias claim.

The term is defined as a social stereotype about certain groups of people that individuals form without being aware of it.

She is now in line to receive compensation following the hearing today in central London.

In a meeting about her performance in January 2020, Miss Nyeko told Ms Monaghan – MD of AIG Europe’s global real estate division – that she was the sole carer for her young disabled brother.

She complained she believed she may be the victim of unconscious bias.

A tribunal report said: ‘She told Ms Monaghan she was concerned there was ‘unconscious bias’ against her… as she was not being included or being tasked with completing interesting work.

After, Ms Monaghan drafted an email to Miss Nyeko saying: ‘The team is well diversified with a number of women – arguably more than most real estate teams.

‘I have not experienced/seen any bias on the team which has many cultural backgrounds including one Indian (Naveen).’ 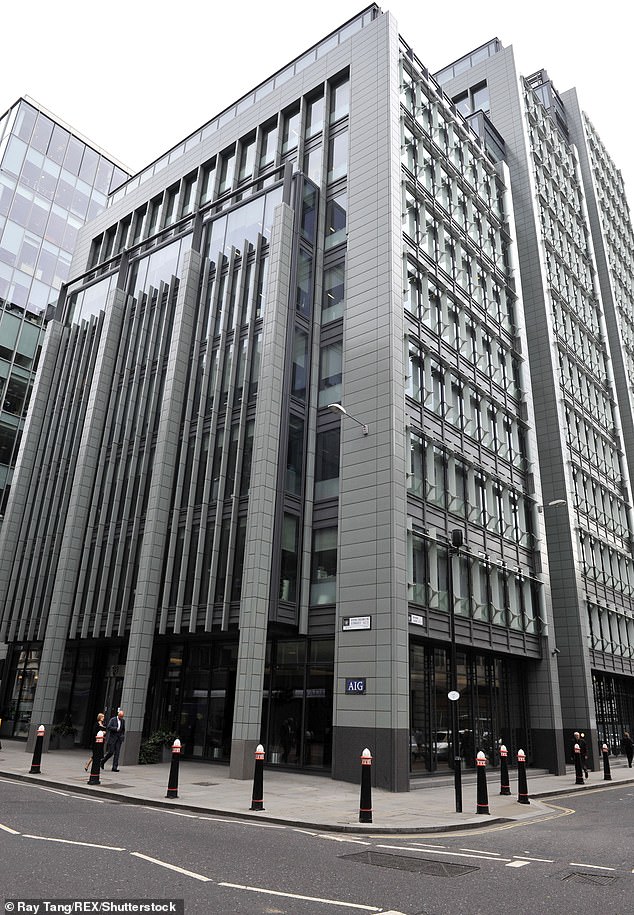 Ms Monaghan, a managing director at the international finance firm (pictured, its London office), was monitoring the trainee due to perceived issues with her work ethic

The tribunal also heard Ms Monaghan, in response to Miss Nyeko revealing she cares for her younger brother, was ‘dismissive’ and told her ‘get up earlier’.

Later that month Miss Nyeko flew to Uganda for a family emergency but lost her visa which meant she could not arrive back in the UK before her annual leave finished.

But the tribunal heard Ms Monaghan and Ms Torsney lacked ‘sympathy’ and even accused her of lying about being in Uganda.

Miss Nyeko was subjected to a disciplinary investigation then sacked for gross misconduct for claiming for pay on days she did not work.

The tribunal concluded Miss Nyeko was victimised when she complained of unconscious bias as Ms Monaghan and Ms Torsney had a ‘continuing negative attitude’ towards her.

In its ruling it said: ‘Ms Monaghan effectively told a junior black employee that race discrimination did not exist on the team.

‘The tribunal decided that dismissing a junior employee’s concerns in this way, without any undertaking to reflect or discuss the matter again, both ‘put down’ and ‘shut down’ Miss Nyeko.

‘Ms Monaghan challenged Miss Nyeko, asking her for examples of unconscious bias and asking her directly whether she believed that Ms Monaghan had exhibited it.

‘This would have been very challenging to Miss Nyeko, a junior employee, who, the tribunal finds, was attempting to raise the issue in a non-confrontational way.

‘Ms Monaghan contradicted her by saying the team was diverse. She did not undertake to look into the matter of unconscious bias, or to discuss it again.

‘The tribunal took into account the fact Miss Nyeko was a graduate trainee and Ms Monaghan was a senior manager, with considerable authority over her.

‘She was a graduate trainee/apprentice and was hoping to be kept on as an employee after her training was complete. She had raised serious concerns, only for those to be dismissed by a manager who was in a position of control over her and her future career.’

The tribunal also said Ms Monaghan and Ms Torsney were ‘antagonistic and aggressive’ towards her when meeting with her about caring for brother.

But it ruled AIG Europe did not wrongfully dismiss Miss Nyeko, as claiming for pay on days she did not work was ‘sufficiently serious’ to warrant dismissal.

Miss Nyeko will be awarded compensation for victimisation at a later date.

She will also receive compensation relating to a successful claim for unlawful deduction of wages on five days.

Public divided over whether Boris Johnson should resign, says poll