THE BBC was caught in a bias row last night after it hosted a giant Donald Trump baby blimp on its daily current affairs show.

A replica of the huge inflatable appeared on the BBC Two Victoria Derbyshire show, sparking an avalanche of complaints. 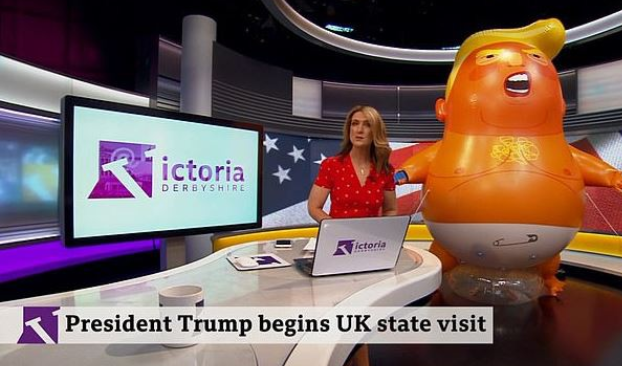 The blimp depicts the US President in a nappy and clutching a mobile phone.

Protesters will fly the larger 20ft version in the capital during Mr Trump’s three-day visit.

One Twitter user said: “No longer can we be proud of the BBC. Why do we pay for this biased rubbish? Shame on you.”

Another added: “The BBC is meant to be a reputable and impartial state broadcaster. They could have fooled me.”

A BBC spokesperson said: “We featured a smaller version of the blimp to illustrate the protests due to take place and highlight the controversy about whether the blimp should fly.” 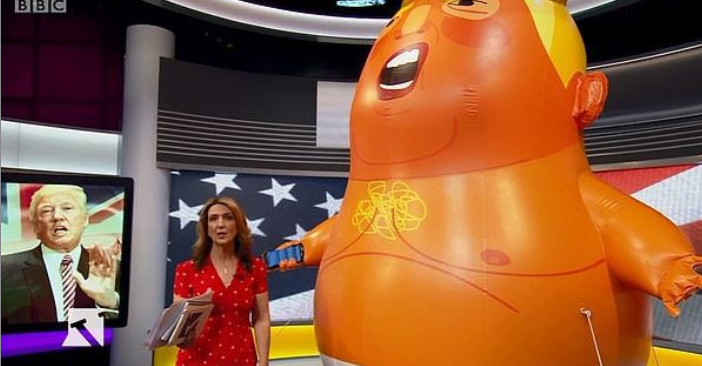 Teenagers ‘refuse to pay for taxi before threatening to kill staff’

Migrants celebrate as they land on beach near stunned sunbathers