A ballet school is at the centre of a probe into claims of ‘inappropriate sexual behaviour’ by a staff member towards students.

Fee-paying Ballet West in Taynuilt, Argyll, is drafting in a senior legal figure – likely to be a QC – to examine the allegations, and has informed police.

Concerns were raised on social media and not directly with the school, which said a member of staff had resigned ahead of the internal investigation.

It is understood media inquiries were made to the principal of the school, Gillian Barton, on Sunday. The claims relate to alleged inappropriate touching and none of the alleged victims is under 16.

Last night, ITV News said its investigation had heard from more than 60 women – former students, staff and parents – who had given their accounts of the staff member’s alleged ‘inappropriate behaviour’ going back as far as 2004 and as recently as 2018. 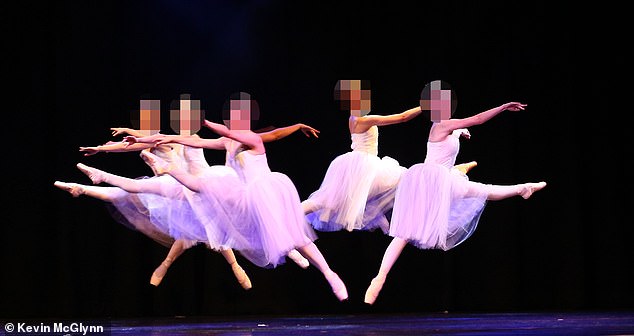 Fee-paying Ballet West in Taynuilt, Argyll, has been rocked by a sex abuse probe into a staff member after 60 ‘victims’ came forward to give their accounts of ‘inappropriate behavior’. Pictured: Ballet dancers perform at Corran Halls in Oban, Scotland

One, ‘Woman A’, said she ‘was groomed and had a sexual relationship with [the staff member] when [she] was a student’, adding: ‘I was 16 years old. He abused his position of power.’

She said: ‘He [had] easy access to come in and out of my room whenever he wanted. You can’t get away from him. He’s very charming and he is powerful.’ Another former student, ‘Woman B’, claimed the staff member started a sexual relationship with her when she was 16.

She said: ‘They were really responsible for what happened in your dance career… he was calculated in what he did. I think he picked his victims very carefully.’

One former colleague of the staff member, who wishes to remain anonymous, said that the alleged inappropriate conduct drove them to quit their job, adding: ‘I felt I was pimping for him by bringing in these new students who were so excited [and] I could see previous girls who were left broken.’

The school’s Board of Trustees said it had been made aware of the accusations earlier this week.

It added: ‘We have no complaint from any student about such behaviour and, to our knowledge, no complaint has been made to the police or other authority.

‘However, given the nature of the accusations, the board initiated an immediate internal inquiry to establish the facts. 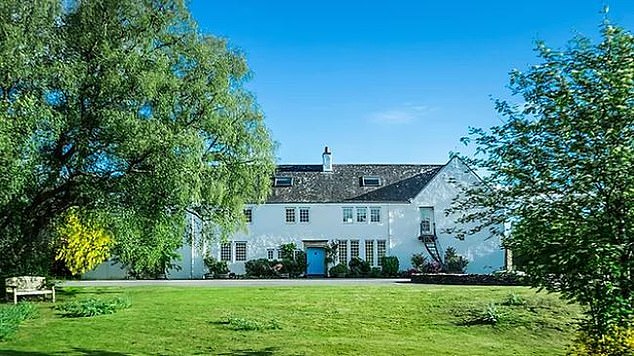 Pictured: Ballet West in Taynuilt, Argyll, where former students, staff and parents have given their accounts of the staff member’s alleged ‘inappropriate behaviour’ going back as far as 2004 and as recently as 2018

‘A senior member of staff [has] emphatically denied any wrongdoing and will co-operate fully with any investigation. He has offered his resignation so that an investigation can be undertaken freely, and students and their families can have confidence in the process.’

The board added that the member of staff ‘will vigorously contest any allegations’ and resigned ‘to ensure the school is not brought into disrepute’.

Its statement went on: ‘We have also started the process of undertaking a full, independent inquiry which will be led by a senior legal figure with no connection to the school.

‘The school regards any issue involving students and staff with the utmost seriousness.’

A Police Scotland spokesman said: ‘We can confirm that officers have been made aware of concerns regarding inappropriate behaviour. However, there has been no criminality established to date.’