Infection causing elephants to suffer ‘extremely sudden deaths’ kills another 12 of the animals in Zimbabwe, taking total so far to 34

A bacterial infection causing elephants to suffer ‘extremely sudden deaths’ has killed another 12 of the animals in Zimbabwe – taking the total death toll from the outbreak to 34.

‘A total of 34 carcasses have been found… but some others have not been located,’ Zimbabwe Parks and Wildlife Management Authority director Fulton Upenyu Mangwanya told parliament.

The animals died between August 24 and September 23 this year in and around the wildlife-rich forests between the famous northwestern Hwange National Park and the town of Victoria Falls.

‘They were found lying on their bellies’ suggesting they had an ‘extremely sudden death,’ Mangwanya said. 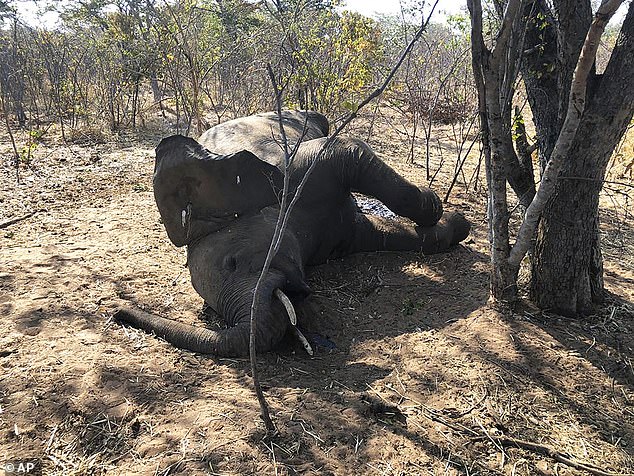 A dead elephant is seen in Hwange National park, Zimbabwe on 29 August, 2020. Wildlife authorities said today that a further twelve more elephants have died in Zimbabwe, raising the death toll from a suspected bacterial infection to 34 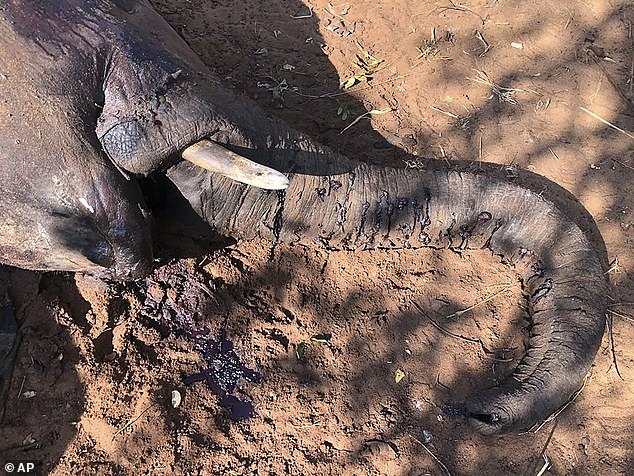 Tests conducted in Zimbabwe so far point to a disease called haemorrhagic septicaemia, which is caused by bacterial infection, he said.

Rangers have ruled out cyanide poisoning or poaching because the animals were found with their tusks intact.

Mangwanya said wild animals are more susceptible to disease during the country’s dry and hot season, which is roughly from August to November.

In recent years Zimbabwe has suffered through successive droughts made more severe by global warming, leaving animals with less water and vegetation. 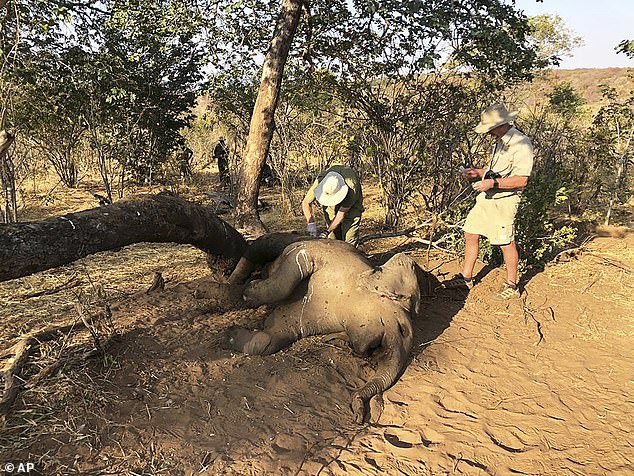 Samples have been sent to a laboratory in Britain and others will be dispatched to South Africa and the United States for further tests and analysis.

Neighbouring Botswana, home to the world’s largest elephant population of around 130,000, lost around 330 elephants early this year from cyanobacteria poisoning.