Australians could soon fly for a much-needed overseas holiday, but a government minister has hinted a UK-style traffic light system could see certain countries shut off.

Tourism Minister Dan Tehan promised Australians that they will be able to travel overseas by Christmas at the latest, but explained where they could go to remains to be decided.

In a virtual address to the National Press Club on Wednesday, Mr Tehan empathised with travellers who were denied the opportunity to go overseas during the pandemic. 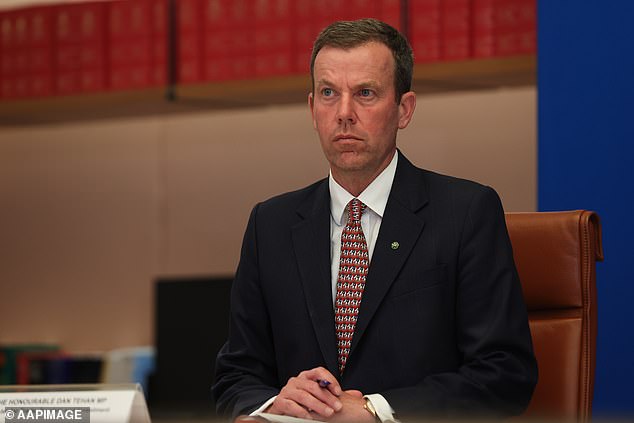 ‘It’s another reason why everyone should get vaccinated and we have to stick to the national plan that will see our international border open up – at this rate by Christmas at the latest,’ Mr Tehan said.

But although the national plan states that travel will be allowed once 80 per cent of people aged over 16 are fully-vaccinated – travel destinations are still undecided.

Mr Tehan is set to head overseas next week for ‘critical trade talks’, and hinted that a system similar to that seen in the UK, US and elsewhere will be in place.

‘People will be able to freely travel outside of Australia, with no restrictions or no limitation,’ Mr Tehan said.

‘Obviously, it will be dependent on the requirements that are put in place of the countries that they are travelling with’. 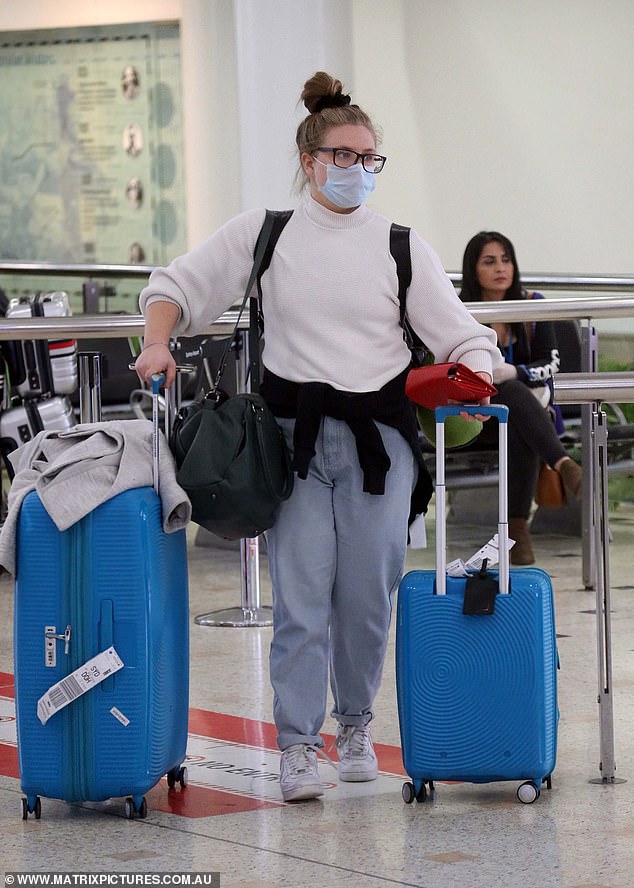 Mr Tehan also hinted at a system for classifying potential risk levels of different countries, similar to the traffic light system used by the UK (pictured, a Sydney traveller)

Currently the traffic light system in the UK records countries as red, amber or green according to their risk levels of Covid-19.

Only British residents can enter the region from a red-listed zone, and they must quarantine as well as taking two Covid tests.

If anyone who travels to the United Kingdom has been in an amber listed country, they must take a test in the three days prior to travelling and also pay for their own Covid test on or before day 2 of their stay in the country.

If travellers are vaccinated they do not have to quarantine, and if they aren’t they must quarantine for 10 days and have another Covid test on or after day 8.

Travellers from green listed countries must take a Covid test in the 3 days prior and within 2 days after arrival, and no quarantine is required unless a positive result is recorded. 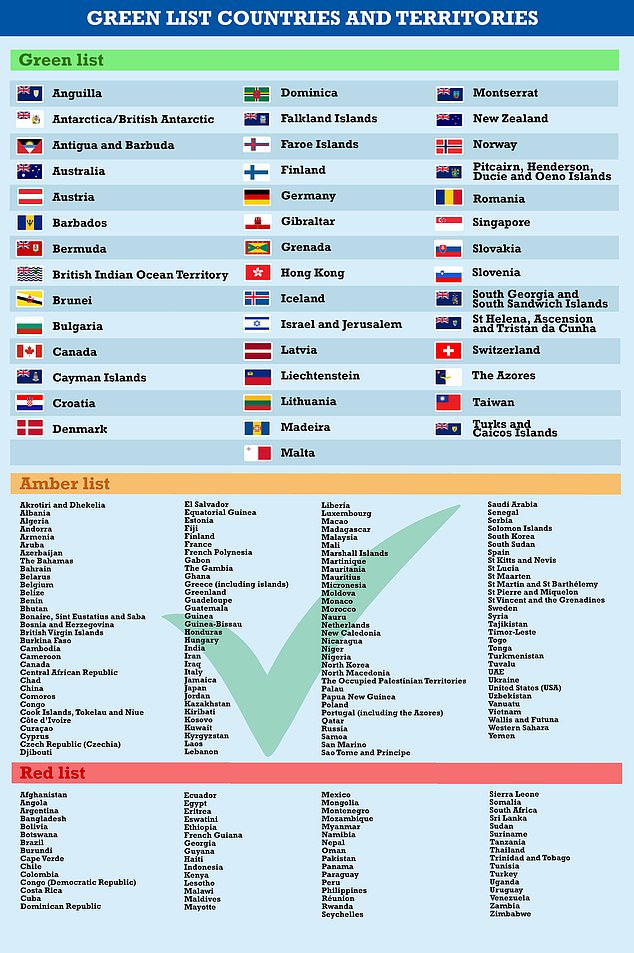 The UK’s traffic light system ranks countries in terms of their risk, classifying them as either green, amber or red zones (pictured, a list of countries classifications) 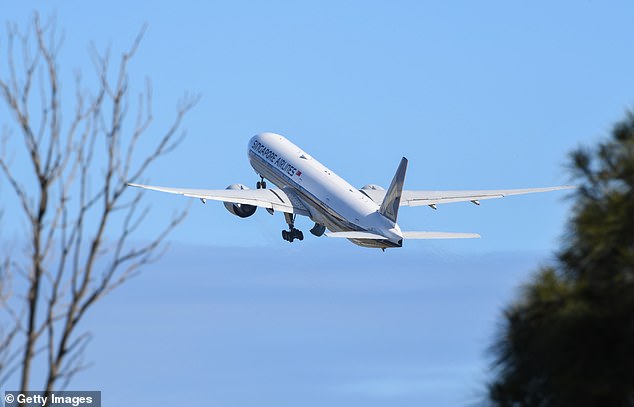 Negotiations are in place with countries for ‘travel bubbles’ and Mr Tehan will fly overseas next week for ‘critical trade talks’ (pictured, a flight out of Kingsford Smith Airport)

Currently negotiations are in place for ‘travel bubbles’ with other countries, and the Minister for Tourism confirmed the vaccination certification QR code system has been sent to overseas Australian embassies for checks.

‘What we’ve seen so far and all the reports back, is that the QR code system – which has obviously been modelled on the international aviation organisation’s model of what they think is needed in a QR code – seems to be interoperable with most of the countries that we’ve been dealing with,’ he said.

‘So that when those international borders open and as I said in my speech, hopefully at the latest by Christmas, that Australians will be able to travel with a QR code linked to their passport which will be able to show proof of vaccination.’

The announcements come as Qantas launches flights from December 18, offering holiday-starved Australians the chance of Christmas overseas, or back Down Under for those still locked out of the country. 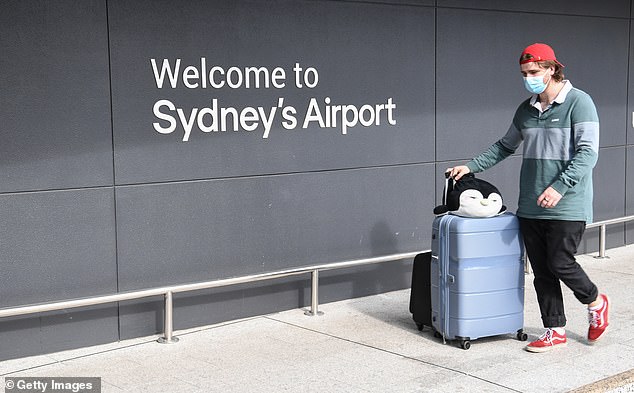 Where can I go and how much will it cost on December 18?

The country’s flagship airline has provided the exact date holiday-hungry residents can book flights to popular destinations like the US, UK, Canada and Singapore.

Biosecurity laws banning outbound travel without an exemption will end on December 17 – the day before flights are set to resume.

Qantas has scheduled flights to London, Los Angeles, Vancouver and Singapore to commence from December 18.

Australians will additionally be able to pack their bags for a highly-anticipated holiday to Tokyo and Fiji from December 19, and Hawaii the following day.

Keen travellers will be expected to fork out around $1600 and $2300 for a one-way ticket to London and Los Angeles, with a return flight costing slightly less.

The announcement will come as welcome news to holiday-starved Australians who were told by Qantas boss Alan Joyce last month he expected flights to a few selected cities to resume in mid-December.

Qantas said it also plans to restart flights between Australia and New Zealand from mid-December 2021 as long as the trans-Tasman bubble had re-opened by that date.

The airline has predicted Victoria will be the first state to open its borders to NSW from early December, while hardline Western Australia will be the last.

However only vaccinated passengers will be able to book a flight after Qantas confirmed it would ban un-jabbed passengers on international flights.

Chief executive Alan Joyce previously said the mandate was intended to protect those passengers who were fully vaccinated, as the jabs reduce the chances of catching and transmitting the virus. 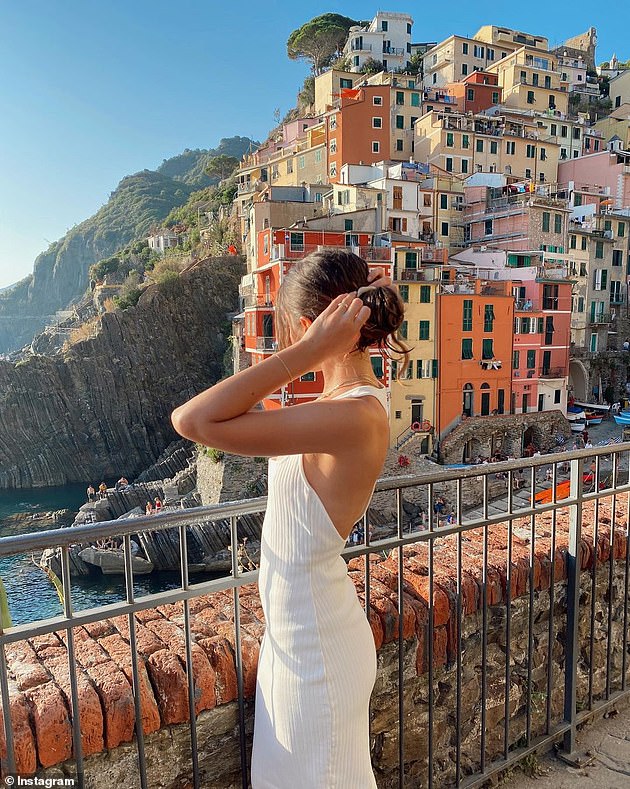 Qantas has scheduled flights to London, Los Angeles, Vancouver and Singapore to commence from December 18 a spokesperson has revealed (pictured, a tourist in Italy)

‘Qantas will have a policy that internationally we’ll only be carrying vaccinated passengers,’ Mr Joyce said.

‘Because we think that’s going to be one of the requirements to show that you’re flying safe and getting into those countries. We’re hoping that can happen by Christmas.’

Qantas has been pushing for vaccination reform throughout the pandemic, instituting mandatory jabs for its 22,000-strong staff.

‘Frontline employees – including cabin crew, pilots and airport workers – will need to be fully vaccinated by November 15, 2021 and the remainder of employees by March 31, 2022,’ the company said in a statement. 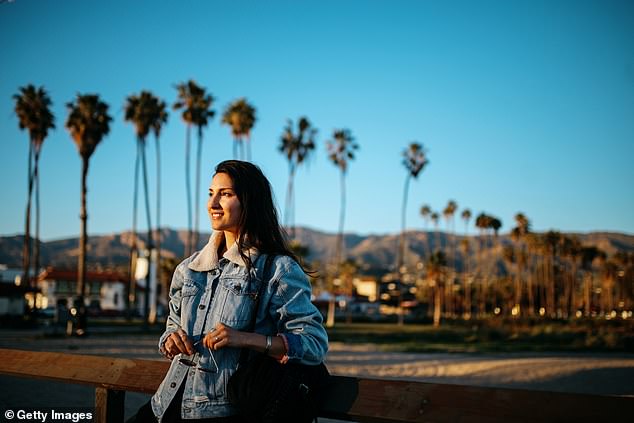 ‘There will be exemptions for those who are unable for documented medical reasons to be vaccinated, which is expected to be very rare.’

Travellers arriving from overseas to NSW will soon be able to quarantine at home instead of a hotel, Premier Gladys Berejiklian has also revealed.

The trial will let 175 people who have received both doses of a vaccine approved by the Therapeutic Goods Administration to quarantine at home for seven days – instead of 14.

Prime Minister Scott Morrison expects the program, run by the state and federal governments, to let more Australians come home and boost the supply of workers from overseas.

The government will likely expand the system – if successful – to the broader public once 80 per cent of the population have received two doses of a Covid-19 vaccine. 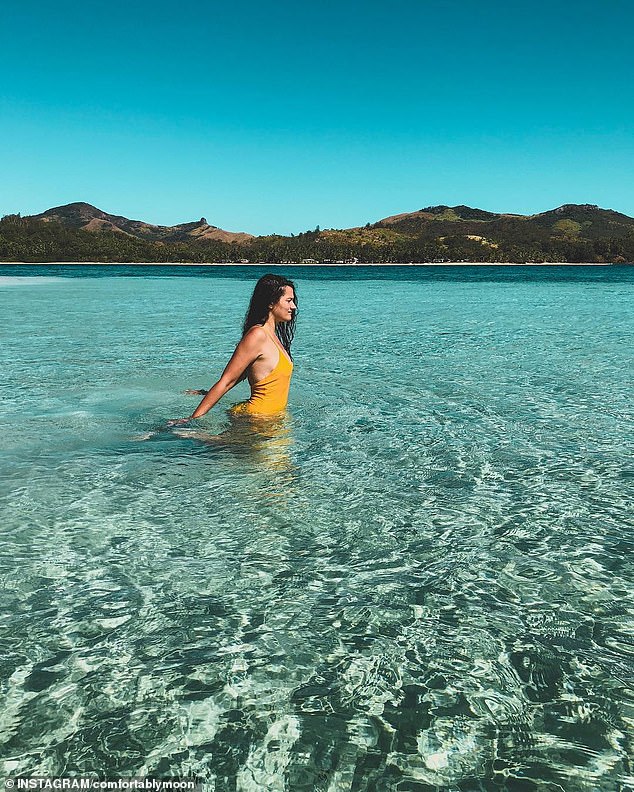 Qantas has confirmed it would ban unvaccinated passengers from travelling on international flights (pictured, a tourist in Fiji)

NSW Tourism Minister Stuart Ayres said 30 people a week would take part in the trial with different types of accommodation, age groups and conditions to be tested.

‘Today is an important step on the reopening of NSW to the rest of the world,’ the minister said.

‘Our roadmap is really driven by the fantastic vaccination take-up rate by NSW citizens, and because of that, today we are able to announce the next step on the reopening strategy.’

Mr Ayres reiterated that the home quarantine trial would only be extended to fully-vaccinated people with TGA approved vaccines who lived in NSW.

Mr Morrisom said the announcement was the ‘next step’ for Australia to reopen, with the pilot program to be run in partnership with the Commonwealth.

‘NSW has carried the lion’s share of quarantining returning Australians and will be leading the way with this trial that could set the standard for the next phases of the way we live with Covid-19,’ Mr Morrison said in a statement. 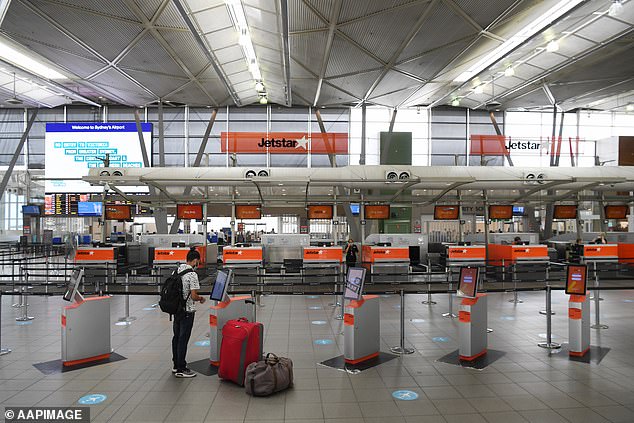 A home quarantine program is being trialled, hoping to be enforced when international travel is again allowed (pictured, Sydney’s Domestic Airport)

As of September 21, 73.4 per cent of Australians over the age of 16 have had their first dose.

The 10 million milestone was also broken, accounting for 48.5 per cent of the population fully vaccinated.

NSW and ACT are still leading the vaccination race, with 83.6 and 83 per cent of their respective populations having received their first jab.

The nation’s capital has 58 per cent of their population fully vaccinated, and NSW has 55.5 per cent.

Queensland and Western Australia are lagging behind, having only 61.5 per cent and 61.2 per cent having received one dose.

Victorians have rushed to vaccination clinics of the last month, showing a 74.4 per cent rate of first doses, and a low 45.2 per cent fully vaccinated rate.

Where will you be able to jet off overseas this December?

When is the Elizabeth Line due to open and where will the former Crossrail routes go?