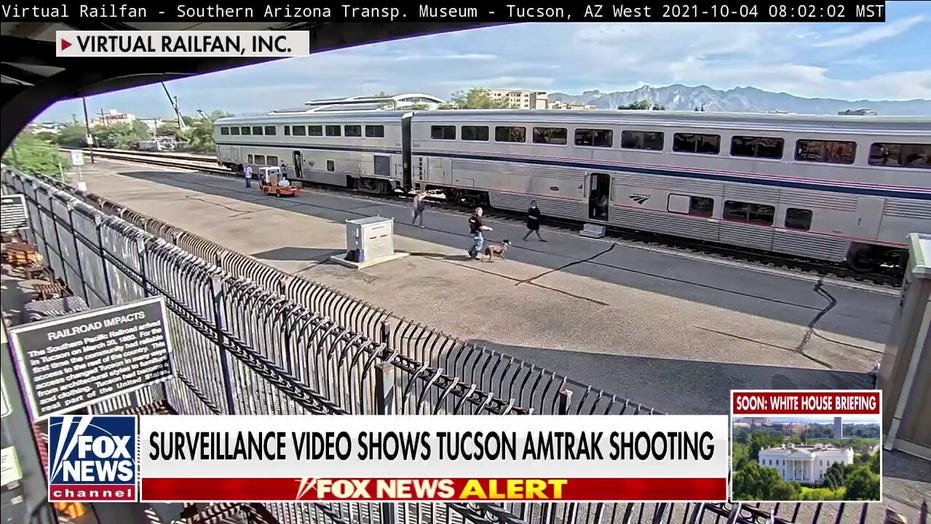 Shots rang out at the Tucson, Ariz., train depot and one person was in custody, authorities said.

An Arizona police officer was shot Monday and one person was taken into custody at an Amtrak station, according to media reports.

The shooting occurred around 8 a.m. at a train station in downtown Tucson, the Tucson Police Department told Fox News. The Sunset Limited, Train 2, was traveling from Los Angeles to New Orleans, Amtrak spokesman Jason Abrams told Fox News. The 137 passengers and 11 crew members on board were evacuated from the station.

No injuries were reported to the crew of passengers, Abrams said. Amtrak is working with local and federal authorities, he said.

Multiple shots can be heard from inside a train before a man, who appears to be a security officer with a dog, boards in the middle of the second-to-last car through an open door. Two bystanders back away and then run past a baggage cart, joining four others as they usher each other into the last car and the door slides shut. 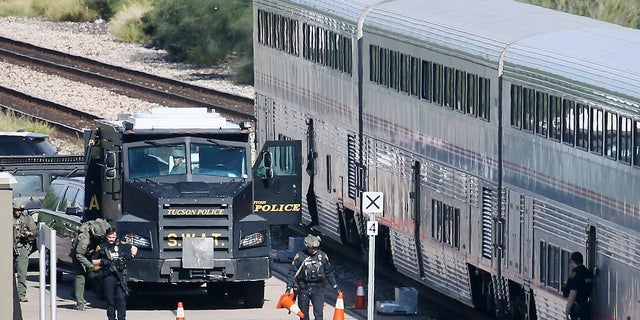 A Tucson Police Department SWAT truck is parked near the last two cars of an Amtrak train in downtown Tucson, Ariz., on Monday. One person is in custody after someone opened fire Monday aboard an Amtrak train parked at the station in the city’s downtown. (Mamta Popat/Arizona Daily Star via AP)

A witness said two men approached another on a train saying they wanted to speak with him. As they left the train, shots were fired, KOLD reported.

Evan Courtney was in a lounge car when people suddenly came running in yelling: “Shots fired!”

“I grabbed my backpack and ran,” he told The Associated Press via Twitter direct messaging.

He later tweeted photos of officers embracing each other.