SIX airplanes carrying Americans and Afghan refugees are being held "hostage" at an airport in Afghanistan, GOP Rep. Michael McCaul claimed on Sunday.

McCaul, the top Republican on the House Foreign Affairs Committee, told Fox that the flights have been cleared to depart Mazar-i-Sharif airport by the US State Departmentbut “the Taliban will not let them leave." 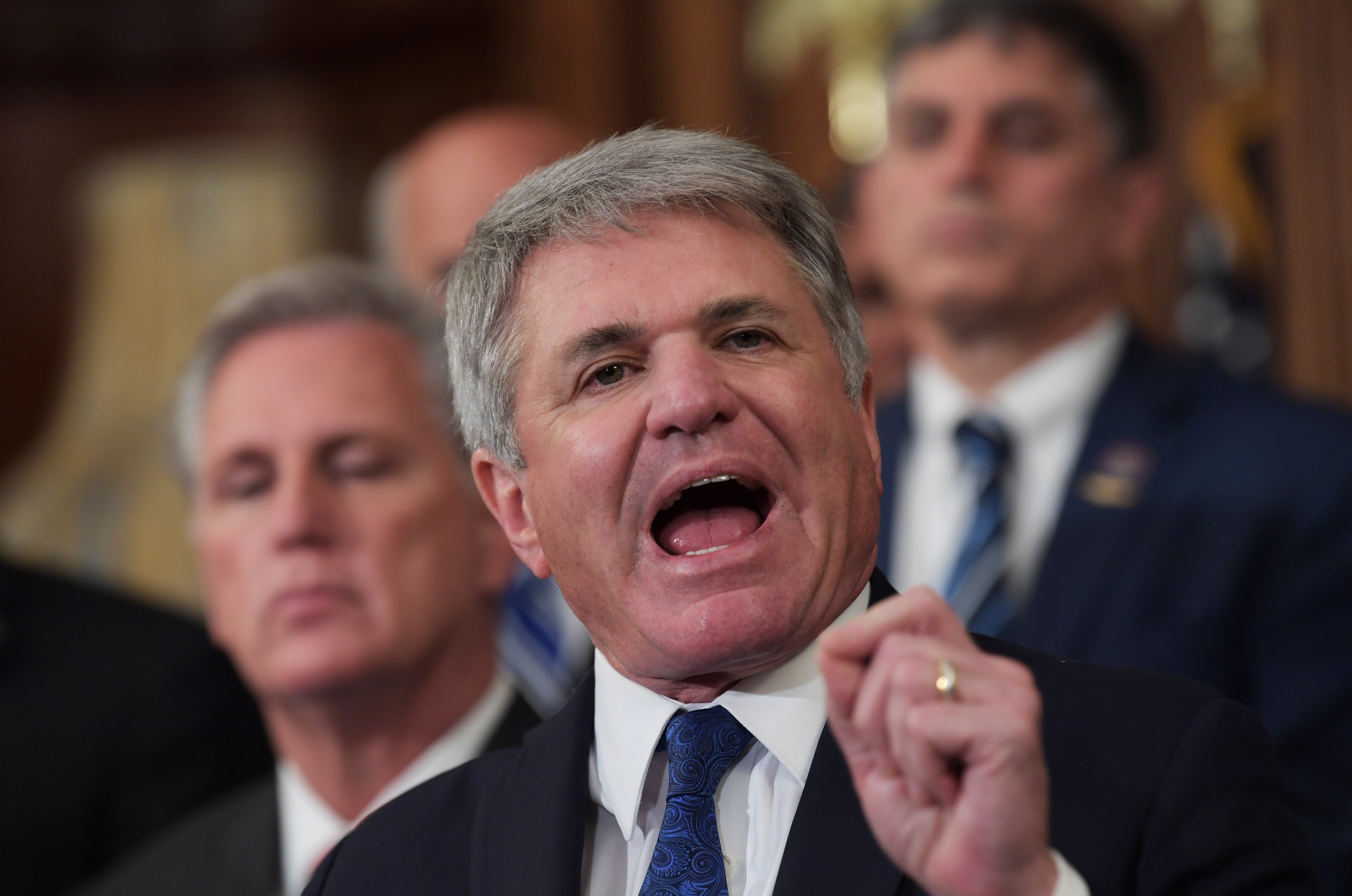 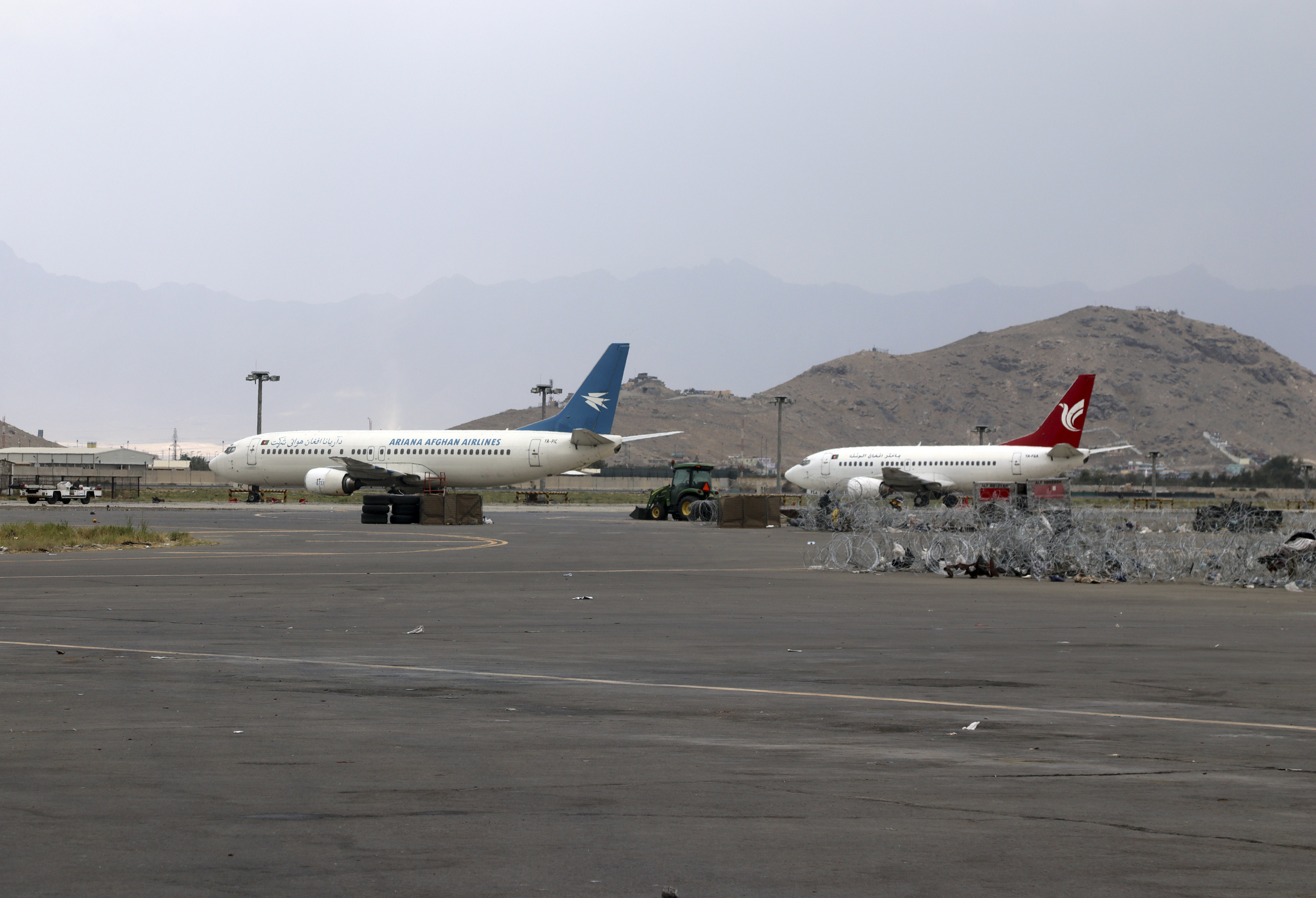 ​​“In fact, we have six airplanes at Mazar-i-Sharif airport, six airplanes, with American citizens on them as I speak, also with these interpreters, and the Taliban is holding them hostage for demands right now,” the Texas congressman said.

When host Chris Wallace pressed McCaul on what demands the Taliban were making, he responded: "Well, they are not clearing airplanes to depart. They’ve sat at the airport for the last couple days, these planes, and they’re not allowed to leave."

He continued: "We know the reason why is because the Taliban want something in exchange. This is really, Chris, turning into a hostage situation where they’re not go​ing to allow American citizens to leave until they get full recognition from the United States of America."

McCaul also told the network that he has received information "in the classified space" that the number of Americans still trapped in Afghanistan is "in the hundreds."

A worker at the Mazar-e-Sharif airport confirmed to the AP that several aircraft he believes were chartered by the US are parked at the airport.

The Taliban have prevented them from leaving, saying they wanted to check the documents of those on board, many of whom do not have passports or visas, the source said.

The State Department has informed members of Congress about the ongoing situation, a senior congressional source told CBS News.

"The Taliban is basically holding them hostage to get more out of the Americans," they said.

Ascend, a non-governmental organization that teaches leadership to young women through sport, said it has had two planes waiting at the airport for six days in lieu of Taliban permission to leave.

Between 600 and 1,200 people — including 19 American citizens — are waiting for the flights at a location outside the airport, the source told CBS. 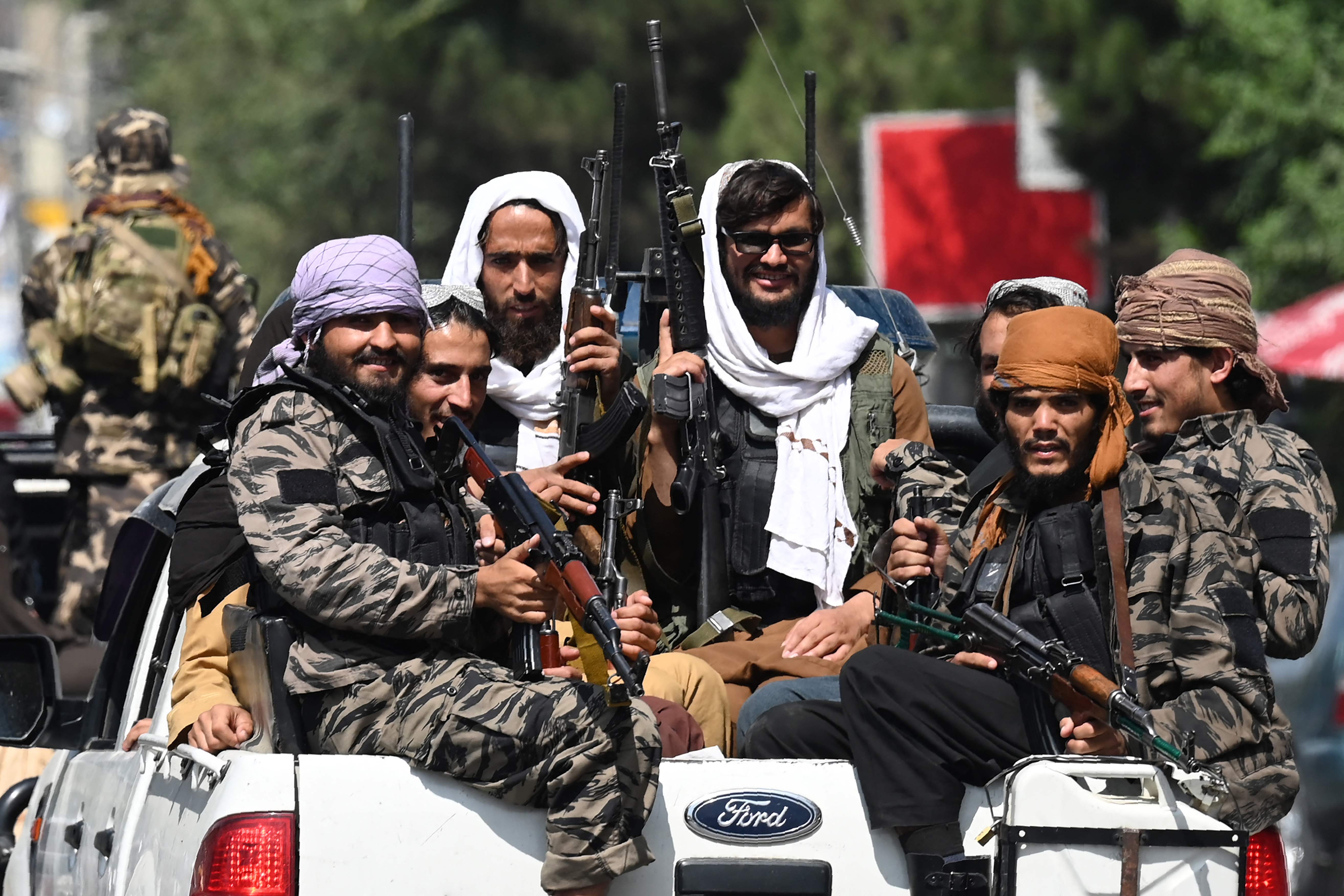 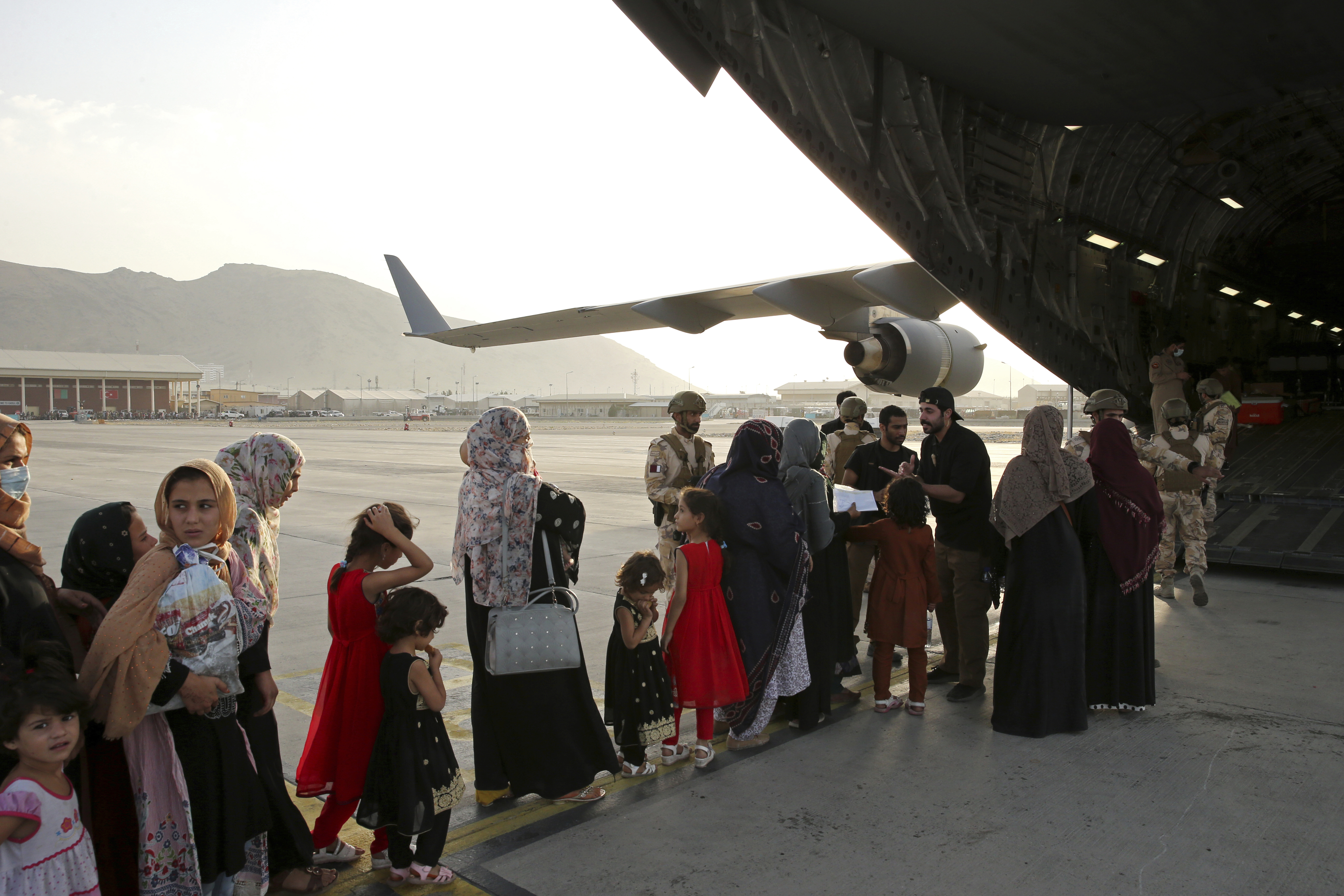 The White House told CNN it didn't have any information on this specific situation but noted the US no longer has resources in Afghanistan.

"We understand the concern that many people are feeling as they try to facilitate further charter and other passage out of Afghanistan. However, we do not have personnel on the ground, we do not have air assets in the country, we do not control the airspace — whether over Afghanistan or elsewhere in the region.

"Given these constraints, we also do not have a reliable means to confirm the basic details of charter flights, including who may be organizing them, the number of U.S. citizens and other priority groups on-board, the accuracy of the rest of the manifest, and where they plan to land, among many other issues," a spokesperson said.

The State Department has said it will hold the Taliban to its commitment to allow people to leave Afghanistan freely.

"We will hold the Taliban to its pledge to let people freely depart Afghanistan. As with all Taliban commitments, we are focused on deeds not words, but we remind the Taliban that the entire international community is focused on whether they live up to their commitments," a State Department spokesperson said.

McCaul, meanwhile, warned the Biden administration not to trust the Taliban.

"I think in many respects because this administration ignored the warnings of the intelligence community assessments, overrode the top generals, we find ourselves in this very precarious, dangerous situation where the Taliban is now dictating terms to us," he said.

He also claimed that "Zero" Americans have been evacuated from the country since the US military officially ended its two-decade mission in Afghanistan last Tuesday.

"We have hundreds of American citizens left behind enemy lines in Afghanistan as I speak. And also, very sadly, the interpreters who worked with our special forces, almost all of them were left behind," he said.

"And that was a promise that the president made. I’ve said all along, this president has blood on his hands. And, this week, this last week, we had 13 servicemen and women come home, flag-draped coffins at Dover ​[Air Force Base].

“​This problem’s going to get worse, not better, and it’s — we have left them behind. That’s the basic creed of the military,” he added.

Thirteen US service members were killed in a suicide bombing attack by an ISIS-K terrorist at Kabul airport late last month.

Biden has been widely criticized over the attack, and for the chaotic nature of the US's withdrawal generally.

The president has attempted to shift the blame to his predecessor Donald Trump who brokered a deal with the Taliban to withdraw completely withdraw troops from the region during his final months in office.

When Trump's administration announced the agreement in February 2020, McCaul praised the then-president.

"I applaud President Trump, and Secretaries Pompeo and Esper for reaching an agreement with the Taliban and a corresponding joint declaration with the Afghan government.

"It is critical that a residual force remains in place until a lasting peace is achieved."

McCaul shifted tone in August when the Biden administration was overseeing the final withdrawal.

"To blame this on the prior administration, I think, is ill-conceived, because the fact is, this was a conditions-based agreement," McCaul said on August 16. "And the conditions were not being followed by the Taliban." 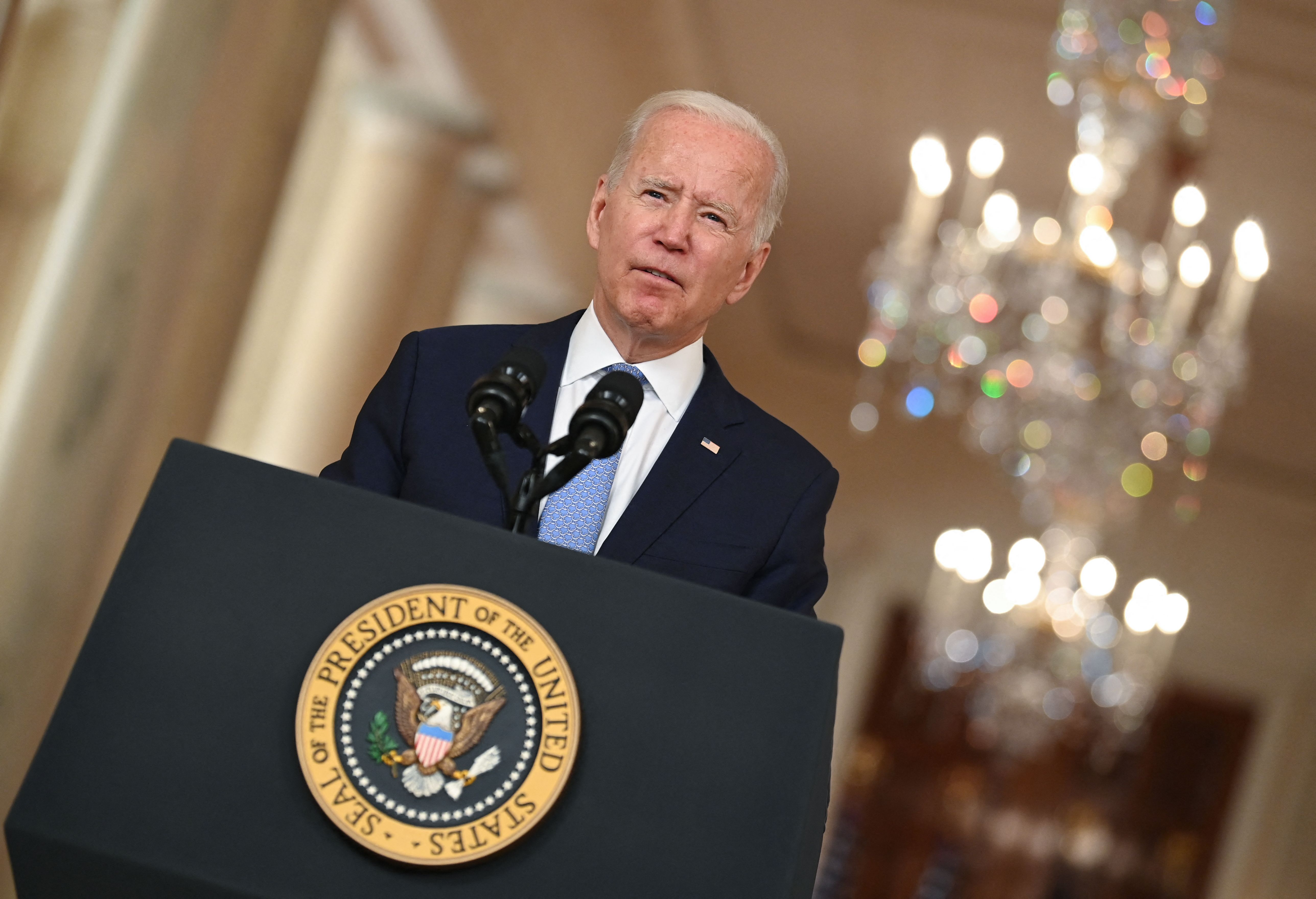 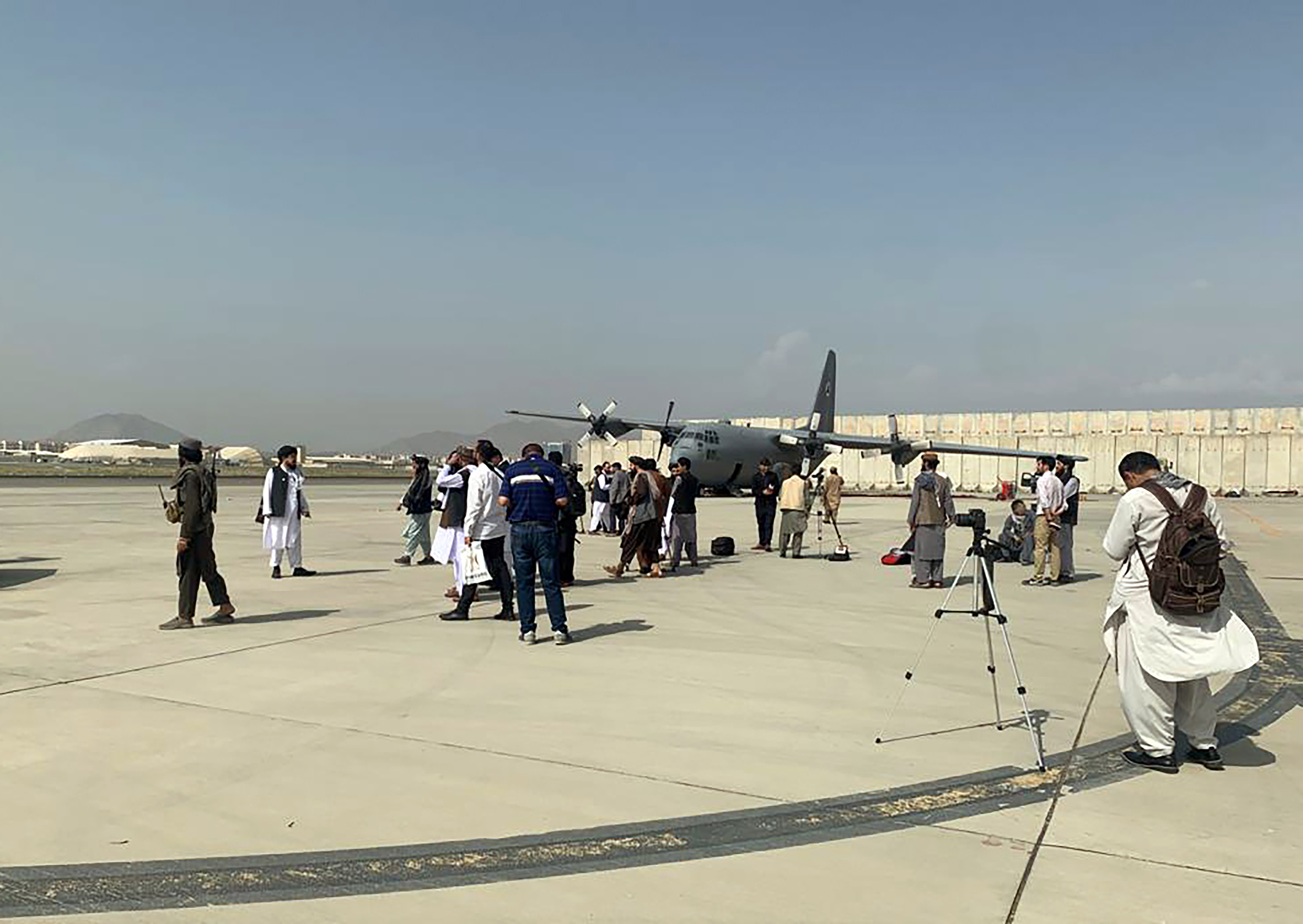