In some cases it would have meant travellers being denied boarding, leaving them out of pocket for the entire cost of their flight or holiday.

In seven of 15 telephone calls that consumer champion Which? made to agents for British Airways, easyJet, Jet2, Ryanair and Tui they were given confusing or incorrect information. 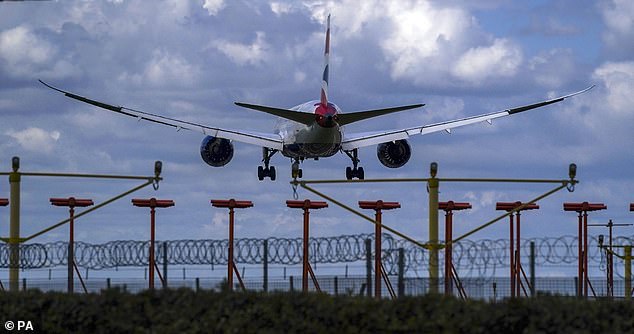 Researchers for Which! contacted several airlines and asked them about Covid testing requirements for people flying from England to Portugal 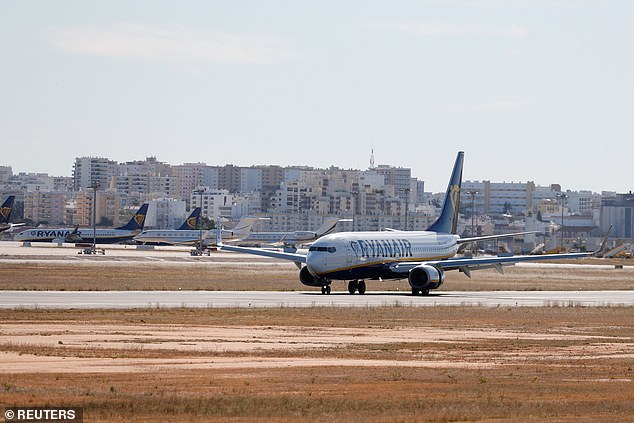 Airlines such as Ryanair, pictured at Faro Airport In Portugal, were asked about the rules

It came as Transport Secretary Grant Shapps appeared to confirm that the traffic light system for travel could be scrapped or at least simplified.

He also suggested that ministers will look to ‘reduce’ the number of tests double-jabbed travellers must take when travelling abroad.

At the time of the research, passengers were required to take a pre-flight test to enter, regardless of their vaccination status or having previously been infected.

Only PCR tests – not rapid lateral flow swabs – were accepted, with only children aged under two exempt.

But Which’s undercover researchers were given wrong or contradictory information in seven of the 15 calls made to the carriers.

The investigation comes as ministers consider whether to scrap the requirement for the vaccinated to take costly PCR tests upon their return from most countries.

It is being looked at as part of a wider shake-up which could see the amber and green traffic light categories scrapped and replaced with a system based on a traveller’s vaccination status, rather than the Covid risk posed by each overseas destination.

The changes could be brought in next month.