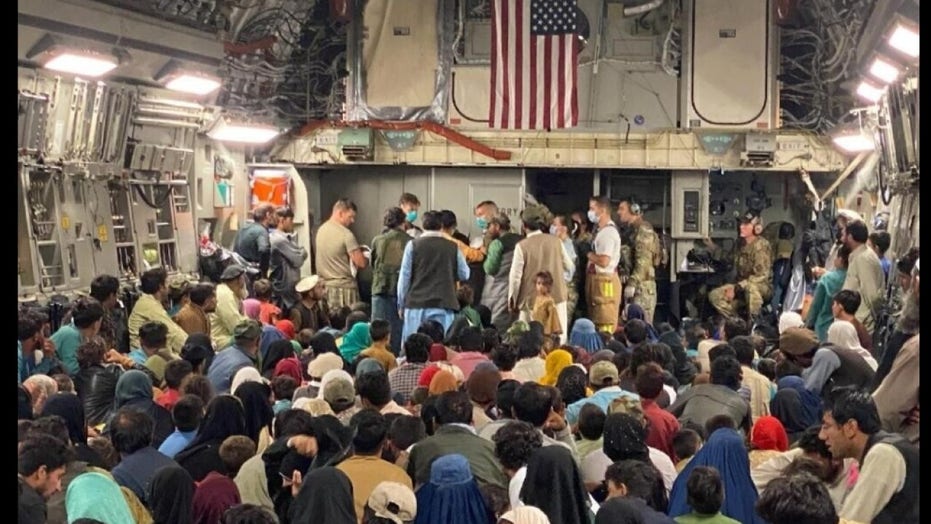 A U.S. Air Force crew on an evacuation flight out of Kabul this week helped save hundreds of lives – and delivered a new one before touching down safely at a coalition airbase.

“The hard part, she did by herself,” she said of the Afghan woman whose healthy newborn daughter arrived minutes before landing. “The baby was perfect. [She] was small, a little bit small, definitely didn’t make full term, but came out crying – so she seemed to be doing well in this world.”

While working on another patient who had passed out in the rear of the plane, she said she was alerted to another issue at the front, in the restroom. 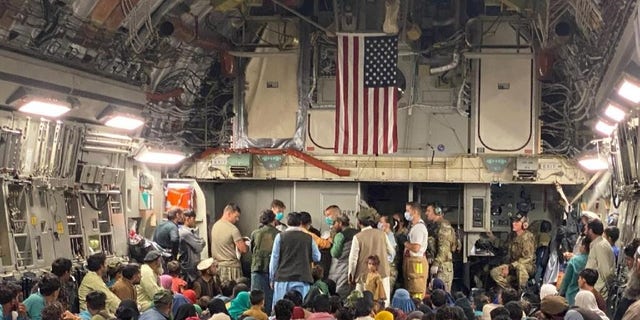 She said at first, it was clear the woman was having a medical issue, but due to the language barrier and her gesturing, they thought she was suffering from an upset stomach due to the pressure in the C-17’s fuselage.

“I had no idea she was pregnant just because of the clothing,” she said. “It’s very hard to tell. She was completely covered head to toe, couldn’t even see her eyes.”

But she and a loadmaster, Technical Sgt. Leah Schmidt, soon realized the woman was in labor.

“We did not have a lot supplies,” Green said. “So we did the best we could.”

That included using a lanyard from Schmidt’s flight suit to tie off the umbilical cord. A member of the Air Force Ravens security team lent her scissors to cut the cord – and the crew determined they had just delivered a healthy baby girl.

“To be perfectly honest, it was unexpected,” said Capt. Dennis Conner, the aircraft commander and a C-17 pilot with the 701st Airlift Squadron, based out of Joint Base Charleston. “But we understood [the crew] had a situation downstairs…Our initial thought was hey, what do you guys need from us and what can we do?”

The pilots, who were circling the airfield and waiting for their turn to land, said they called the tower to report a medical emergency and request permission to touch down and to be met by an ambulance and EMTs.

“It was the smoothest landing I’ve ever seen Capt. Conner make, so it was perfect,” said Lt. Col. Wesley Adams, another pilot with the 701st.

“It was very smooth,” Schmidt agreed. “We could barely feel it.”

Then, before the air crew could escort the new mother and her healthy baby girl to first responders on the ground, they found a blanket to shield her from view and uphold her modesty so they could escort her through the crowd to the ground crew.

“It tops anything I’ve ever been through in my 16 years of doing this,” Schmidt said.

The new mother walked down the stairs on her own, Schmidt said, where the medical team took her for additional care.

“The only reason why this mission was successful like it was is because of the crew,” Capt. Conner said. “We’ve been flying together for so many years, and we do have a couple of members that aren’t permanent with us, [including Green], but I’ve never seen a crew stand up to a situation more than these guys and gals have done.”

The evacuation flight carried hundreds of people out of Kabul to safety – including many children. They are among more than 80,000 people evacuated from the country since Aug. 14, including over 4,400 Americans. At least three other babies have been born during the evacuation effort, according to U.S. officials – all of them in Germany.

Worst of coronavirus pandemic is ‘yet to come', WHO warns – as crisis is 'speeding up'