Academy could be stripped of funding by Ofsted over students using ‘homophobic, bullying and derogatory language’ and LGBT pupils claiming teachers ‘failed to support them’

One of the country’s leading academy chains has been warned its school could be stripped of funding over rampant homophobic, bullying and derogatory language by students.

The Ark Schools academy chain has been ordered to make drastic and urgent improvements to the Ark Kings Academy in Birmingham by the education watchdog.

A recent Ofsted inspection found that secondary pupils did not feel safe, while ‘bullying, derogatory language and homophobic behaviours are commonplace’.

As a result, the Department of Education has handed the school a Termination Warning Notice, threatening that Government funding will be withdrawn if changes are not made immediately.

Regional Schools Commissioner Andrew Warren warned that the school would be transferred to an alternative academy trust if improvements were not made.

A spokesman for the trust said work was already underway to improve the school. 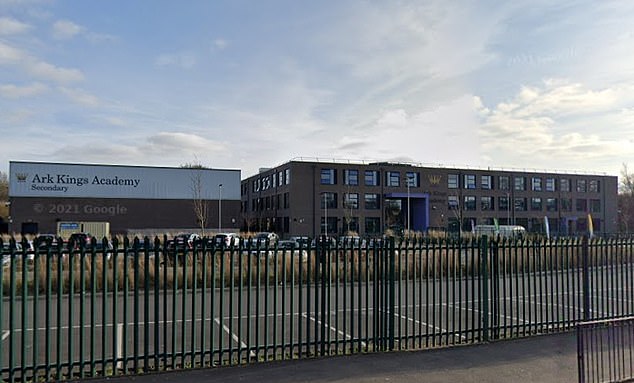 Ark Schools has been warned its school Ark Kings Academy (pictured above) could be stripped of funding over rampant homophobic, bullying and derogatory language by students

The school was deemed ‘inadequate’ in four out of five areas in its latest inspection, which took place in March this year.

During their visit, inspectors found pupils had ‘no confidence that staff will support them when they raise concerns’.

The DfE said the school’s leaders had not recognised these issues so they could not take the ‘right steps’ to prevent them.

In the school’s Ofsted report, pupils said there were ‘high levels of bullying and prejudiced behaviour’ which went unrecorded.

‘Pupils feel that they have to tolerate the frequent sexual harassment towards them,’ the report said.

It added: ‘Some pupils, particularly those who identify as LGBT, experience repeated name-calling and prejudiced behaviour. This means that pupils do not feel safe in the school.’

Ofsted noted that pupils with special educational needs and disabilities were also more likely to receive sanctions than their peers, with a ‘high and increasing’ number of suspensions. 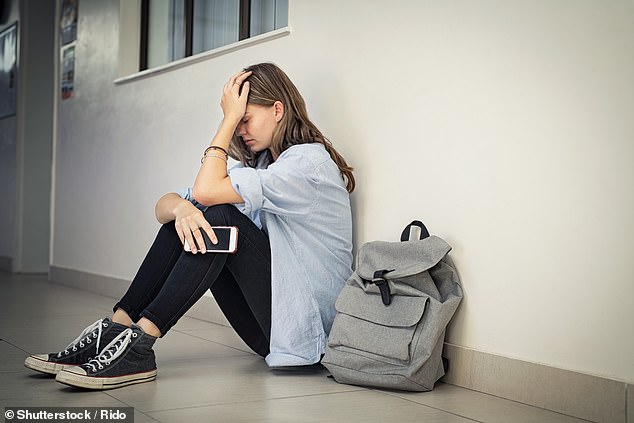 In the school’s Ofsted report, pupils said there were ‘high levels of bullying and prejudiced behaviour’ which went unrecorded, and they had to endure sexual harassment (stock image)

Inspectors also found that teachers were using suspensions and exclusions to manage behaviour, creating a ‘culture of sanctions’ while failing to recognise good behaviour.

It judged the academy, which educates pupils aged three to 16, to be inadequate, and said school leaders did not make ‘adequate checks’ on pupil absences, while ‘too many pupils are truant from lessons’.

Ark Schools is one of the largest academy chains in the country, operating 39 schools all over the country including in the West Midlands, London, Essex and Hampshire.

Regional Schools Commissioner Andrew Warren said in his notice to the school: ‘I need to be satisfied that the trust has capacity to deliver rapid and sustainable improvement at the academy.

‘If I am not satisfied that this can be achieved, I will consider whether to terminate the funding agreement in order to transfer the academy to an alternative academy trust.’

‘We had identified many of the issues prior to the inspection and had taken action to begin to address these ahead of the inspection.

‘That work has gathered pace since, and we are very confident the school will improve rapidly over the coming months.

‘We have appointed an executive principal and a new secondary principal to lead this work and the school will have the support and resources of our large, successful network to ensure all pupils experience a consistently high-quality education.’

The school was formerly named one of the most improved schools in England after their GCSE results rose by 27 per cent in 2013, while the national average was down by six per cent.