Home » World News » A lawyer for alleged victims of Robert Hadden, a former New York gynecologist accused of sexually abusing patients for 2 decades says the case is ‘just getting started’ 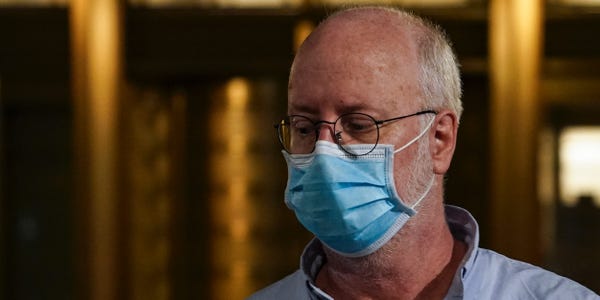 A lawyer for dozens of women who have accused Robert Hadden of sexual abuse said the case is "just getting started" after the former New York gynecologist was charged with six federal counts tied to illegal sexual activity on Wednesday.

"I'm grateful that the prosecutors at SDNY have decided to look closely at this case, and I hope that they will do everything in their power to hold the University and each and every one of Hadden's enablers accountable," Anthony DiPietro told Insider on Thursday.

Hadden, who used to work at Columbia University and NewYork-Presbyterian Hospital, was indicted in the Southern District of New York on Wednesday. He faces six federal counts of "enticing and inducing individuals to travel interstate to engage in illegal sexual activity," the Justice Department said.

DiPietro said he believes other staff at Columbia and NewYork-Presbyterian Hospital were aware Hadden was abusing women and girls.

"Hadden's arrest and criminal prosecution have been a long time coming, and yet I feel like this is just getting started," he said. "Countless other high-ranking individuals at Columbia University and The New York Presbyterian Hospital were aware of Hadden's misconduct over his 20-year tenure, and yet they did nothing but cover up his serial sexual abuse of patients."

Columbia and NewYork-Presbyterian condemned the allegations against Hadden in statements to Insider.

"Nothing is more important to Columbia than the safety of our patients, and we condemn sexual misconduct in any form. We commend the women who have spoken out against Robert Hadden and will cooperate fully with the US Attorney's Office," Columbia University said in a statement.

NewYork-Presbyterian said: "The trust that patients place in their physicians is sacred. Robert Hadden's abhorrent actions violated that sacred trust and damaged women's lives. We will continue to condemn his horrific conduct and provide our full cooperation to law enforcement as it works to ensure that justice is served."

Acting US Attorney Audrey Strauss said in court filings on Wednesday that Hadden abused dozens of women and girls during exams between 1993 and 2012 in which he "inappropriately touched, squeezed, and even licked his victims." The charges he faces involve six women and a minor victim.

Several women have spoken out publicly to say they were victims of Hadden, including Marissa Hoechstetter and Evelyn Yang, the wife of former presidential candidate Andrew Yang.

Hadden surrendered his medical license in 2016, two years after the Manhattan district attorney charged him in connection to accusations of sexual abuse. He took a plea deal at the time and avoided jail.