Home » World News » A 25-year-old man ‘had the audacity’ to make himself a pizza as he stole cash and a delivery car from a California pizzeria, police say 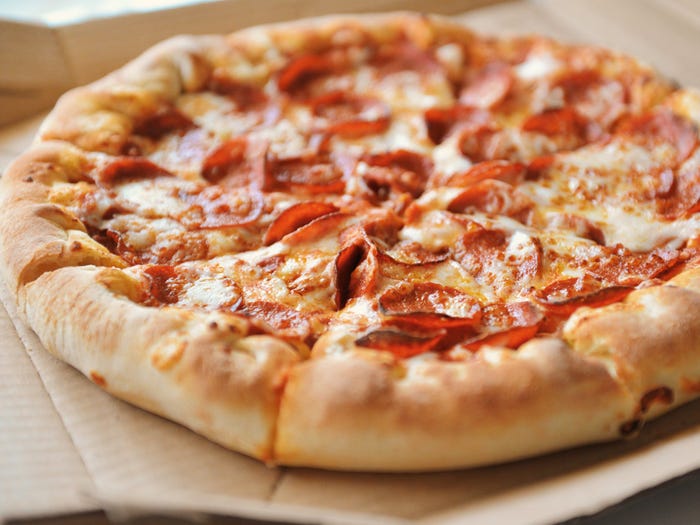 A man accused of breaking into a restaurant in California and making himself a meal while stealing from the establishment is in police custody, according to local reports and police.

Oscar Alexander Sanchez, 25, is accused of breaking into Big Slice Pizza restaurant in Fullerton, California on November 8, according to the Orange County Register. During the reported burglary, Sanchez prepared his own pizza pie before leaving the scene in the shop's delivery vehicle, according to the report.

Video of the incident from surveillance cameras was published online by the Fullerton Police Department on Friday and shows a man wearing white gloves and handling dough in the restaurant.

"This guy had the audacity to not only break-in, but also steal their tablets and cash!" the Fullerton police department said. "Before he stole their delivery car to leave, he couldn't resist his craving and helped himself to making a pizza pie!"

When staff returned to the restaurant following the burglary their car, $500, beer, and electronics were missing, KCAL/KCBS reported. Sanchez reportedly was in the restaurant for about two hours.

"Seventeen years of business, first time it happened," restaurant manager, Rafael Calles, told the news station.  "For us, it was a big hit because we had to close the store, make a report, call service to restore the service for the store, so we can keep in operation."

According to the Orange County Register, Sanchez was taken into custody on Wednesday and has numerous charges against him including suspicion of grand theft and burglary.

Intruder breaks into home, cleans it and makes beds