VACCINES will be delivered 24/7 at a huge new jabs hub as Britain surges ahead in the race to beat Covid.

Plans for a vaccination centre that will stay open 24 hours a day were confirmed by Whitehall sources after it was yesterday revealed the UK has given 10 times more jabs than many of its European neighbours. 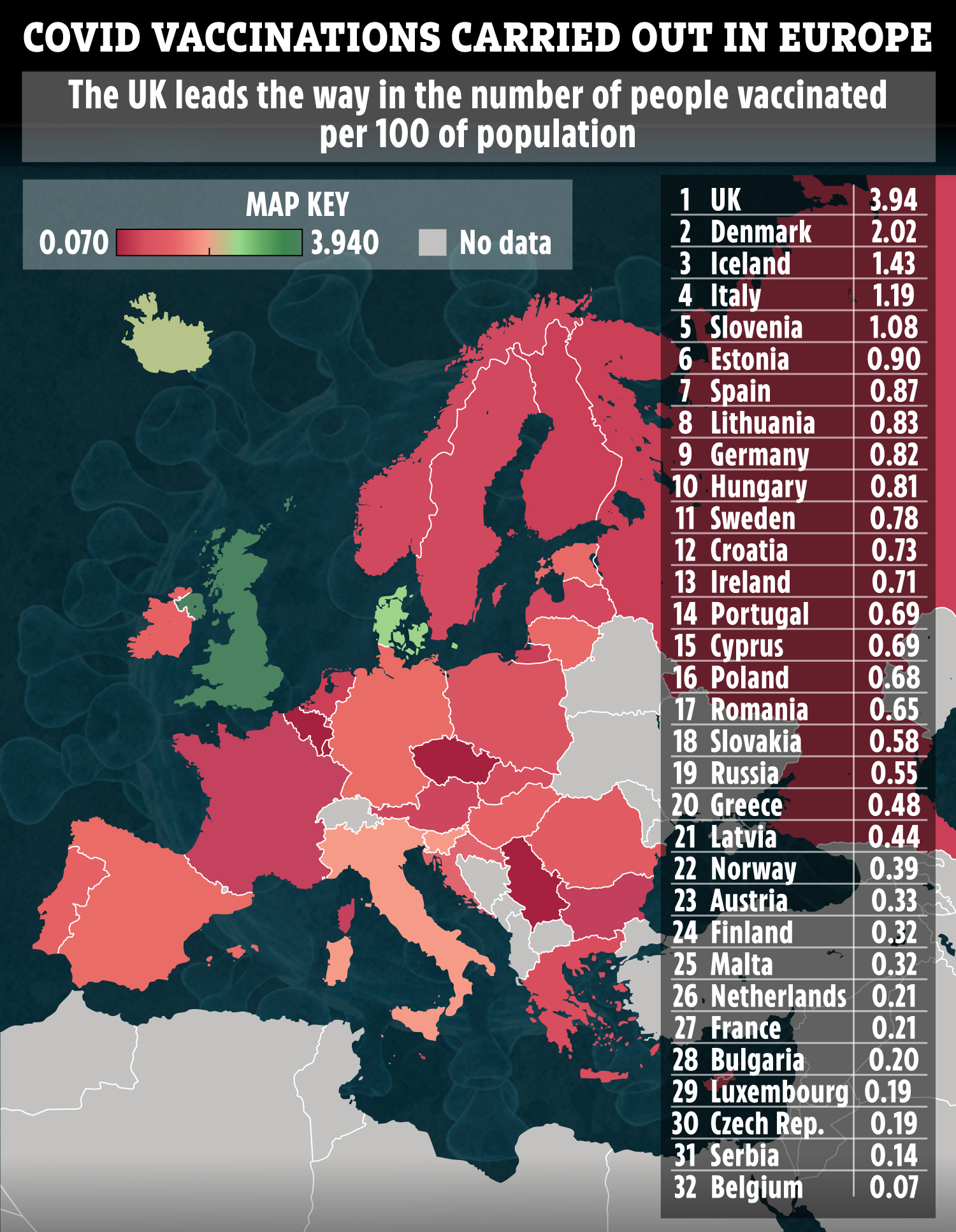 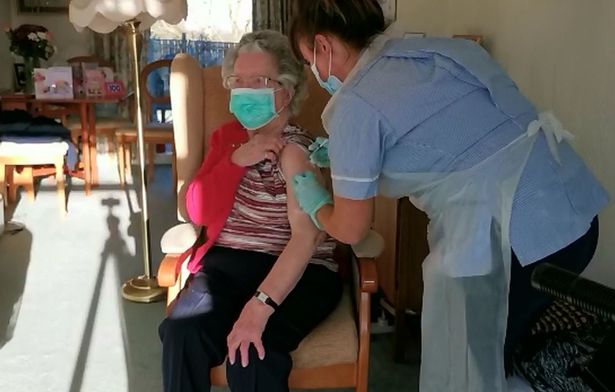 Drug companies manufacturing the vaccine say they have enough stock for jabs to be delivered throughout the day and night.

And now a new round-the-clock centre will be trialled to test demand, The Telegraph reports.

A senior Government source said: "As well as more daytime appointments we are considering a pilot where vaccinations are offered for longer hours."

More than 2,431,648 people across the UK – almost four per cent of the UK population – has now received a jab.

Globally, only Israel, UAE and Bahrain have currently vaccinated more of their populations than the UK.

The UK was the first to approve the Pfizer vaccine last month and Margaret Keenan, 91, from Coventry became the first person in the world to receive the jab on December 8.

And Britain has ordered a total of 350m vaccinations from seven different firms – including 100m of the Oxford/Astrazeneca jab. 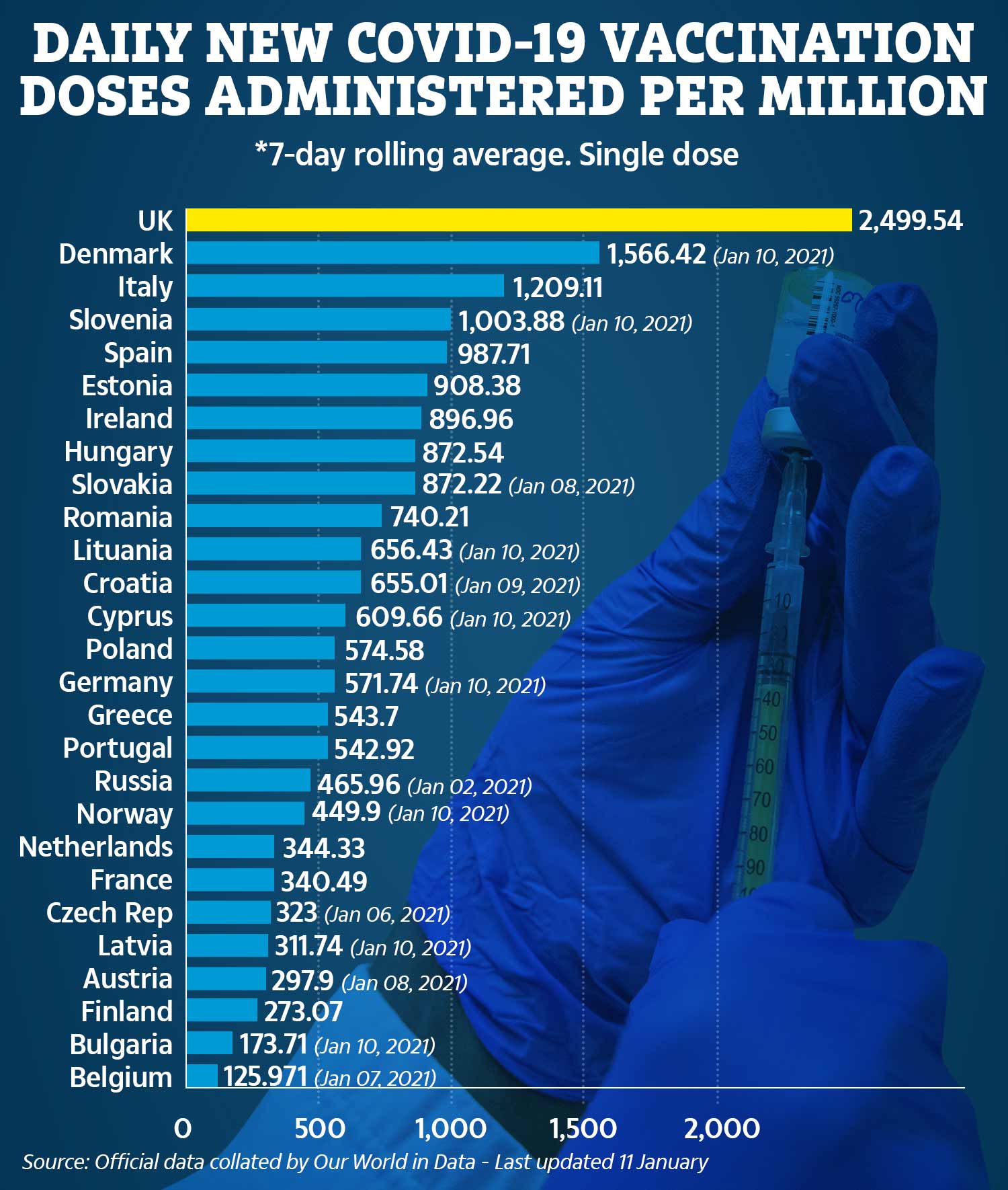 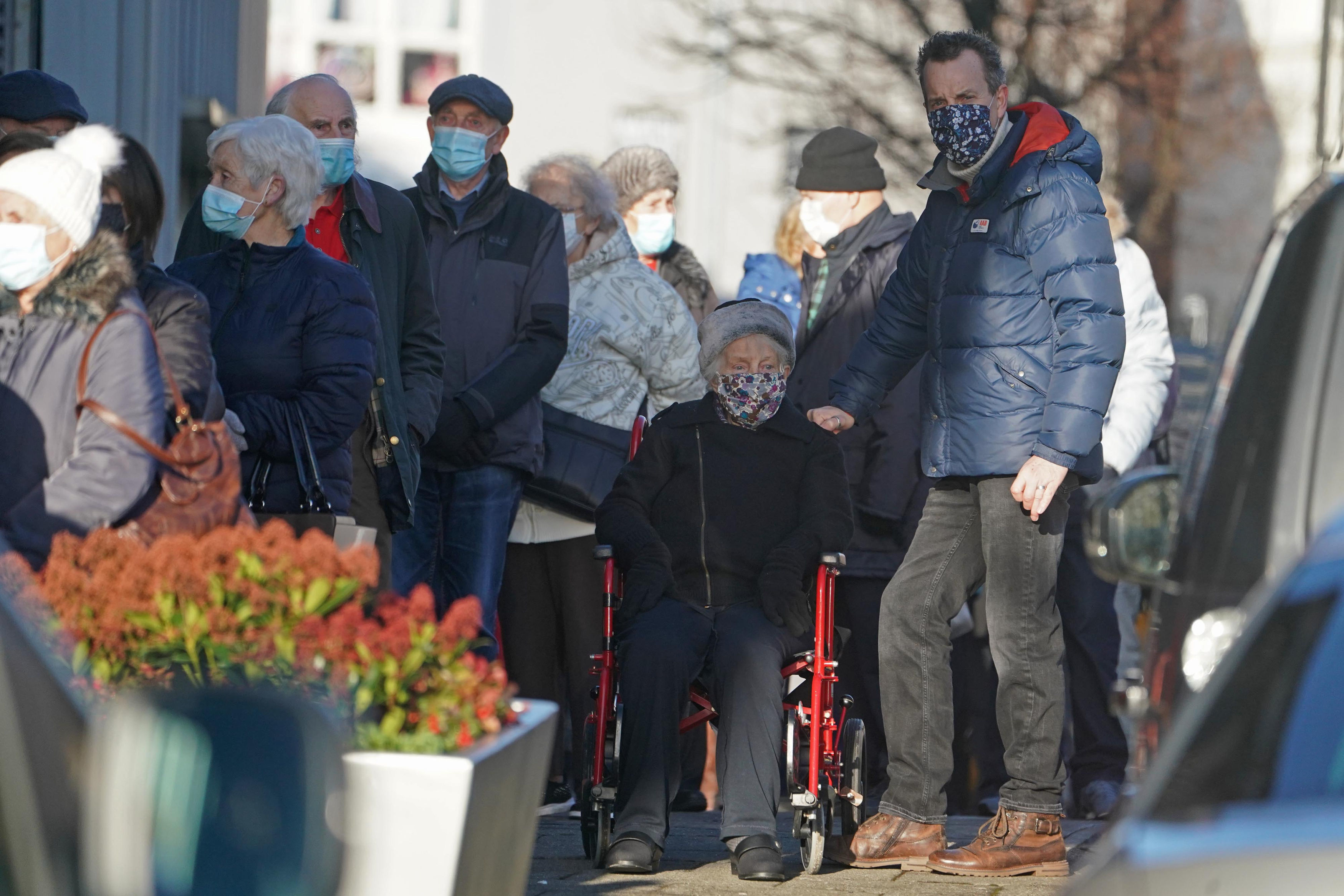 Health Secretary Matt Hancock has vowed that every adult will be offered a jab by the autumn.

The bid to roll out the vaccine as quickly as possible comes amid a devastating surge of coronavirus cases, with deaths now reaching levels not even seen during the peak of the first wave in April.

Yesterday was the second deadliest day ever in Britain's fight against the virus.

But experts say that, without the efforts of Pfizer and AstraZeneca/Oxford, far more could have become ill as a super-infectious mutant strain takes hold in every region of England.

Professor Adam Finn, a member of the Joint Committee on Vaccination and Immunisation, said the vaccine roll-out will already have prevented thousands of people from having to be admitted to hospital.

And he hinted teachers could be among the next to be offered the jab after more than 13million of the most vulnerable Brits get it by mid-February.

The JCVI, which decides the order in which people should receive the vaccine, will meet on Thursday to discuss the next steps for roll-out.

But some GPs leading the roll-out say they've been forced to 'pause' jabs to allow other parts of the country to catch up, The Telegraph reports.

Surgeries vaccinating hundreds of elderly people every day have had their promised deliveries cancelled.

Ministers say vaccine supply was the "limiting factor" behind the delays.

Meanwhile, GPs in some areas are ready to begin offering jabs to the over-70s – but have been denied the supplies by local NHS leaders, it's claimed.

Sources say they are deliberately trying to spread out 'limited supplies' nationally in order to avoid a postcode lottery.

The balloons WILL fly in the Macy's Thanksgiving day parade