Stunning 12-bedroom Grade II listed Somerset manor house once owned by novelist Evelyn Waugh could be yours for offers over £5million after agents slash its asking price by £500,000

The grand Georgian manor that was once owned by novelist Evelyn Waugh is on the market for £5million and agents have now dropped the asking price by £500,000.

The author of Vile Bodies, Brideshead Revisited and Sword of Honour bought Combe Florey House in Taunton, Somerset, in 1956 and his family lived there until 2008.

In the Waughs’ time there, the house was often filled with glamorous guests like poet John Betjeman, actors Peter Cook and Alec Guinness, and writers Salman Rushdie and Muriel Spark.

The stunning 12-bedroom property is a Grade II listed 18th century manor house designed with red ashlar sandstone in the style of renowned architect James Gibbs and is located near the Quantock Hills and Exmoor National Park, areas of outstanding natural beauty. 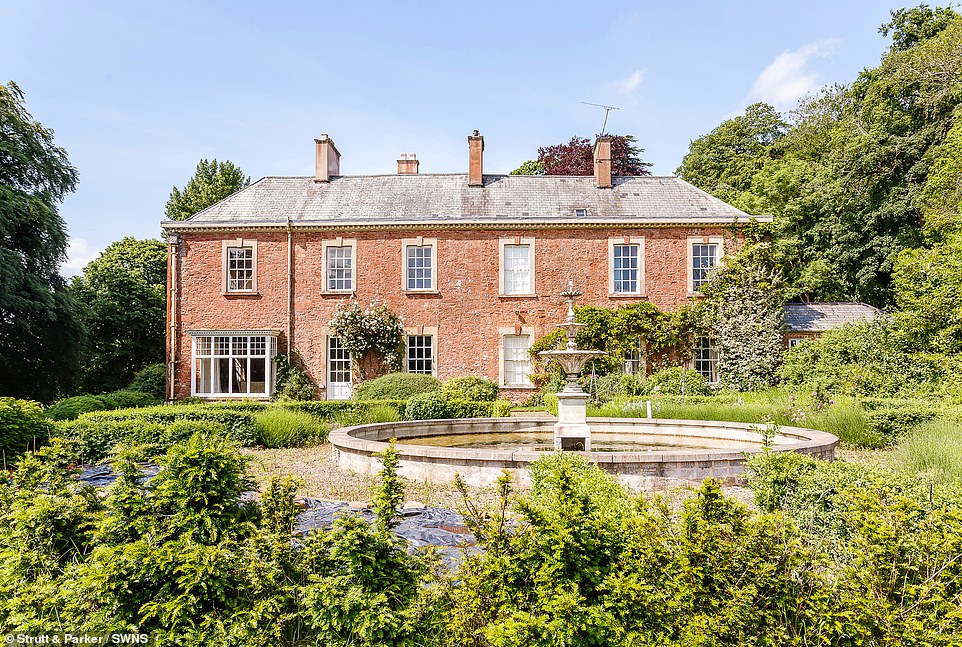 Combe Florey House (pictured), a grand Georgian manor where writer Evelyn Waugh lived and died is now on the market for £5million – after estate agents dropped the asking price by £500,000 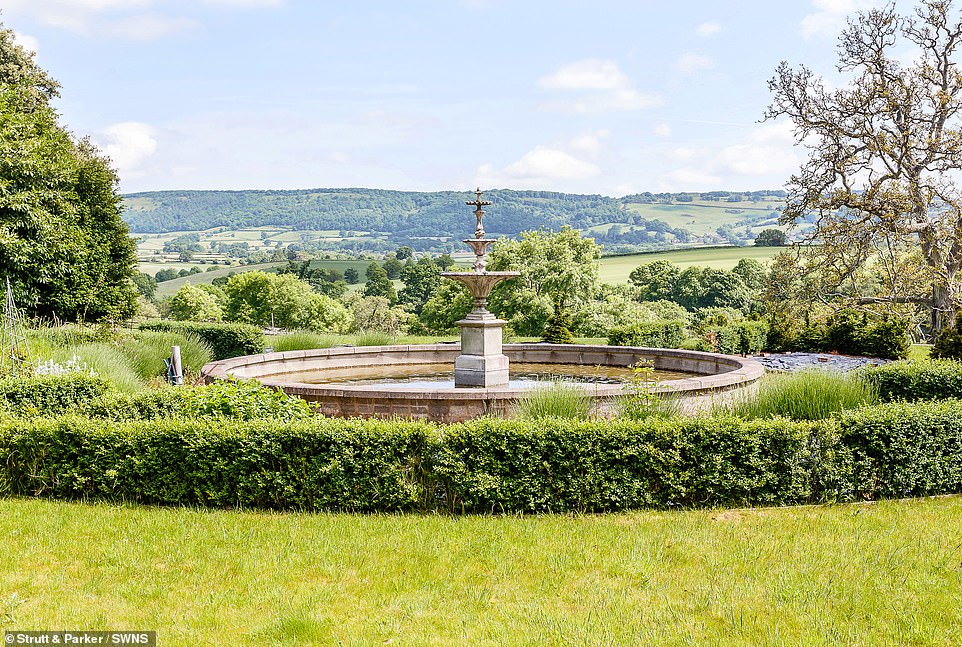 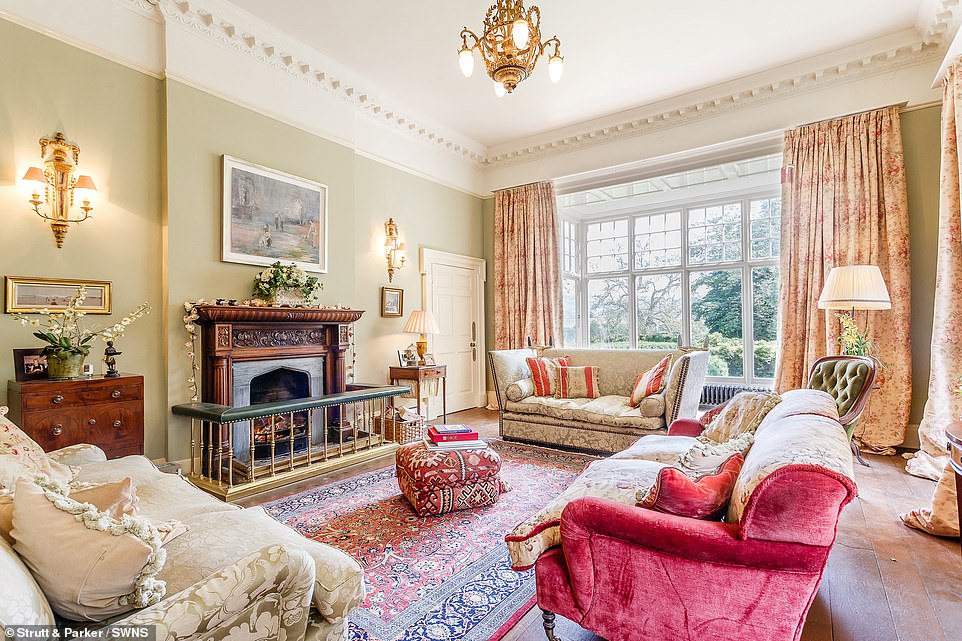 Fine ceiling mouldings, panelled doors, panelling, chimneypieces and original stone and wooden floors have all been conserved and, where appropriate, restored in the exquisite 18th century property 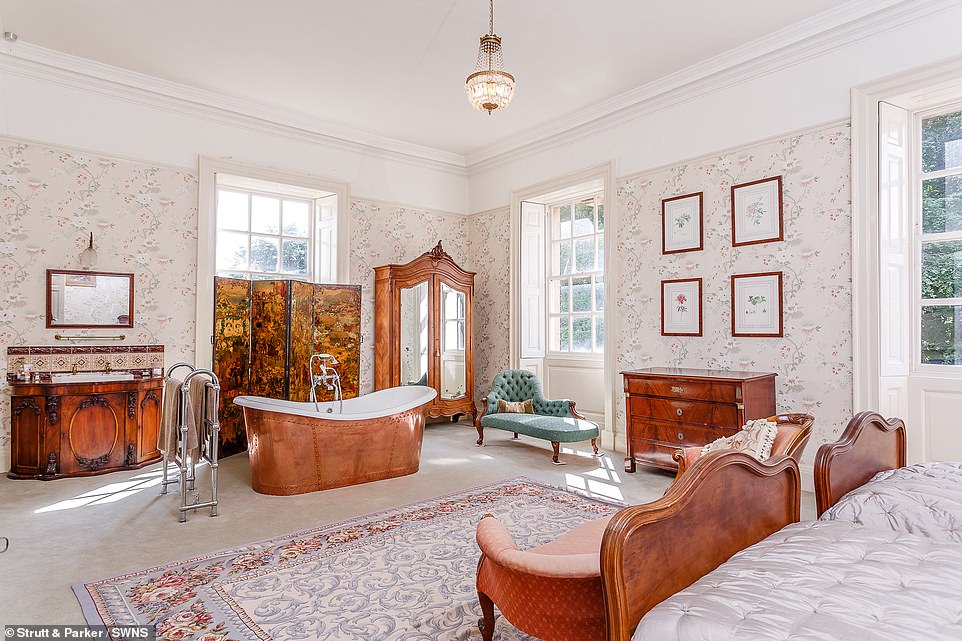 A second guest bedroom which incorporates an enjoyable roll top bath and cloakroom with W.C within it. In addition, there are two further bedrooms and a further bathroom and a shower room 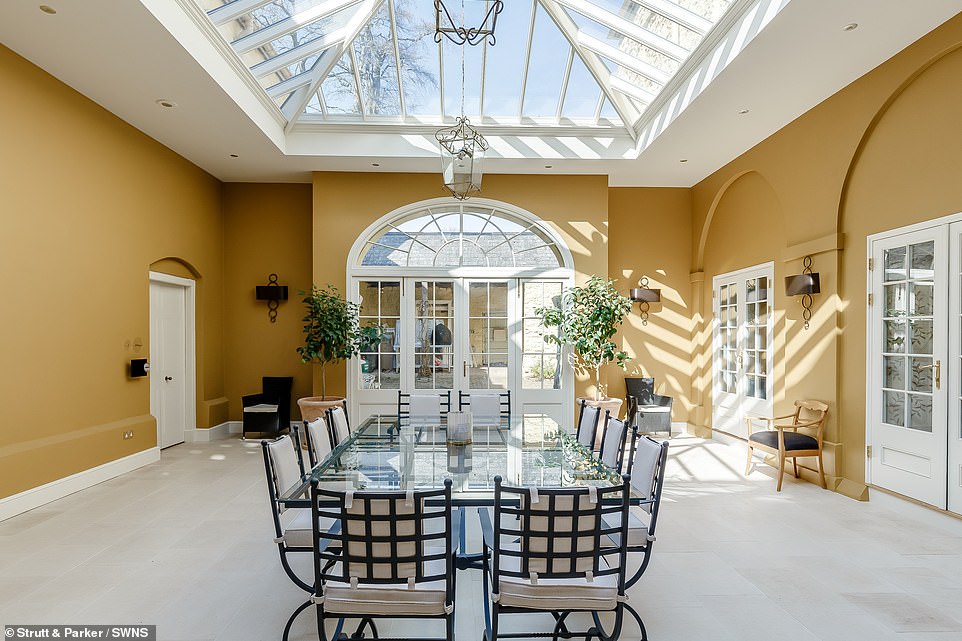 The drawing room, library and dining room form a trio of fine reception rooms which are complimented by the informal sitting room, family room, study and kitchen/breakfast room (with direct access to the family room and the boot room) 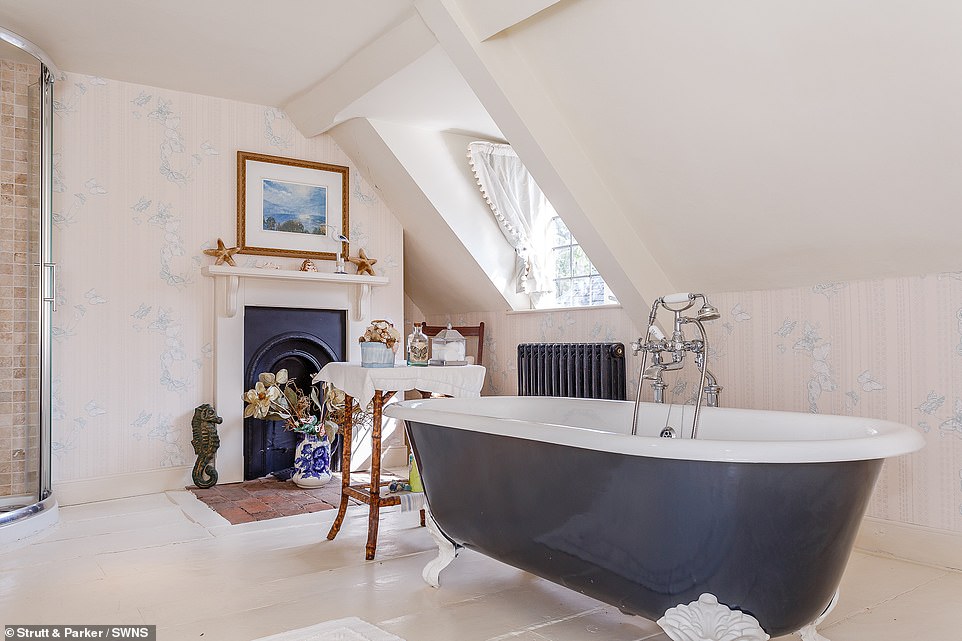 The sale also includes a three-bedroom cottage within the grounds known as The Keepers Cottage and it is currently on the market with Strutt & Parker for £5 million. 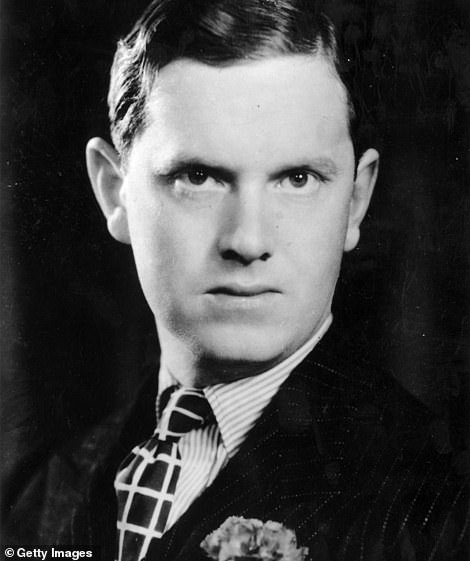 The property was originally put up for sale last year in April for £5.5million but estate agents have since dropped the asking price.

A manor house has been on the site for many centuries, but the previous building was destroyed in the Civil War, and the present 17th century house was extensively remodelled by William Frauncies in 1730.

The property was sold to the Perring family in 1799 and sold again in 1896, before being purchased by the writer Evelyn Waugh as his family home in 1956.

The property measures just under 22,000 square foot and approximately 35 acres of garden and grounds.

Waugh bought the house for £7,500, three-quarters of his annual income at the time, and lived there for ten years before he died of heart failure aged 62.

His son Auberon, a writer and journalist, then bought the house off his mother.

It is thought there was an Elizabethan house on the land which was pulled down after the Civil War and this property was built to replace it. 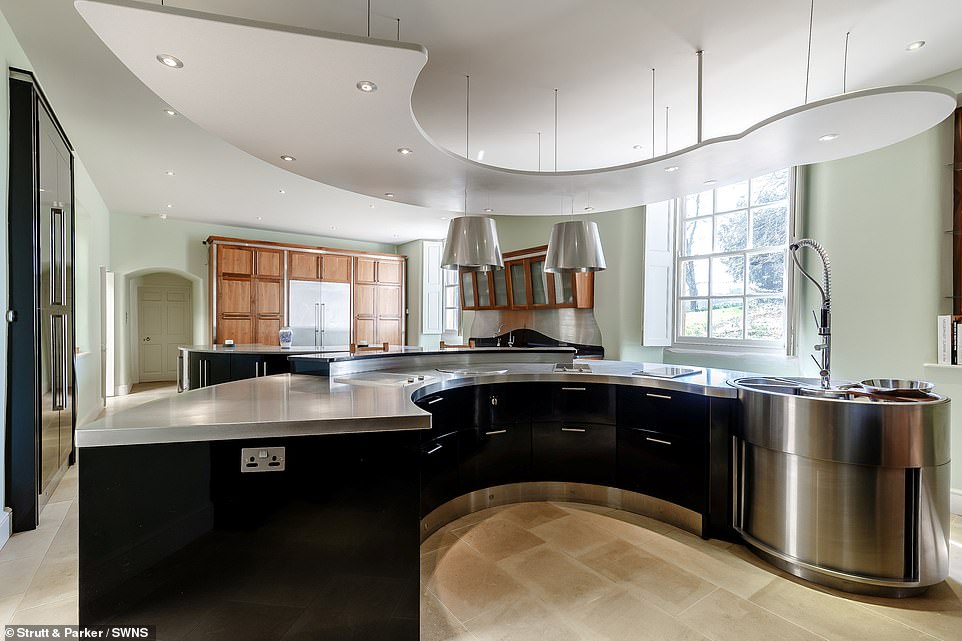 The kitchen has two electric ovens, a four ring electric hob, two dishwashers and a fridge. There are also two cloakrooms. There is under floor heating throughout 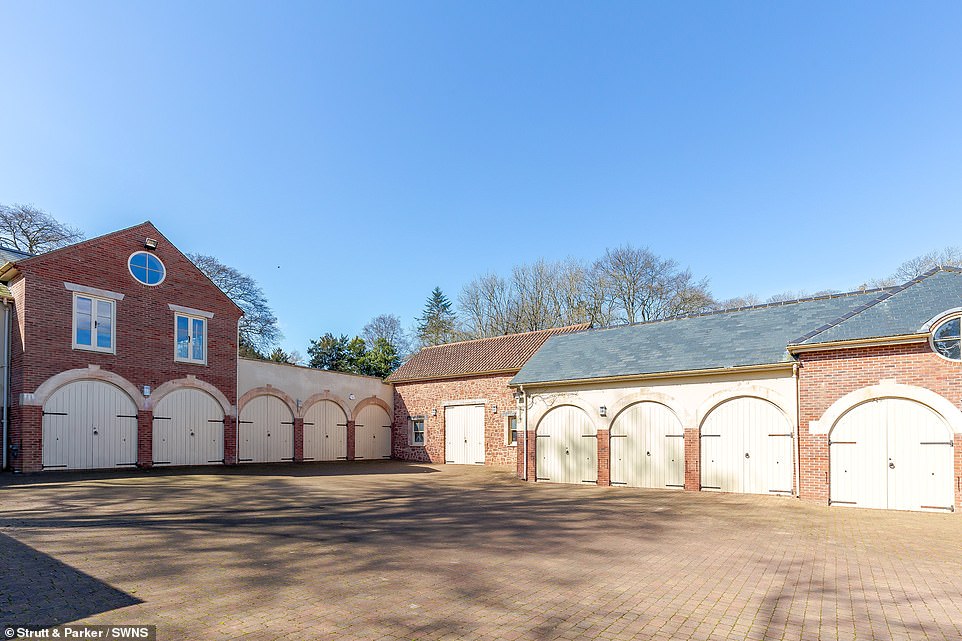 The Keepers Cottage, garages, workshops and fuel stores replicate the appearance of a traditional range of ancillary country house buildings to include a coach house, stores and kennels around a central courtyard enclosed by automated carriage gates and flanking walls 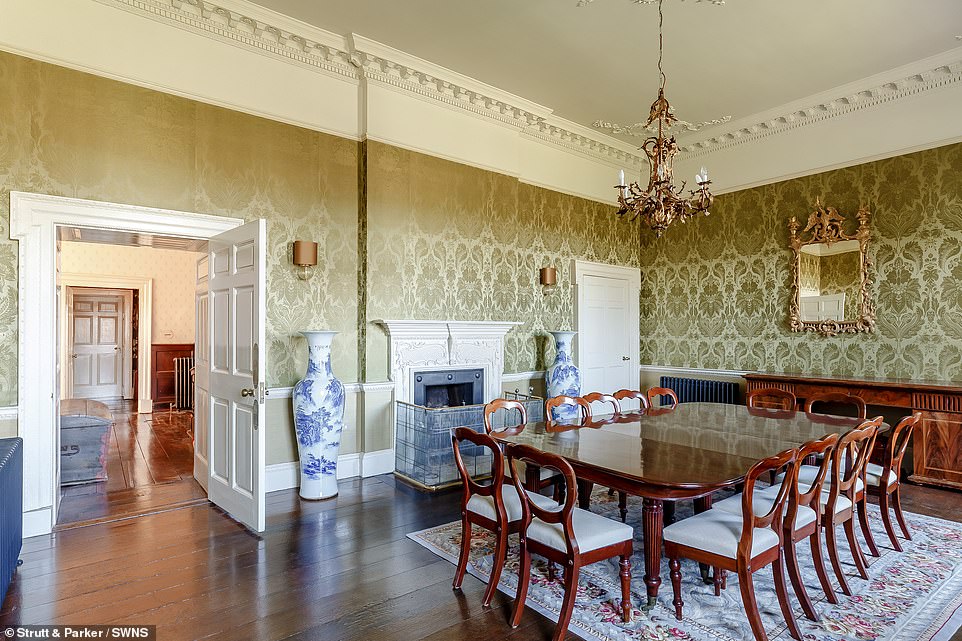 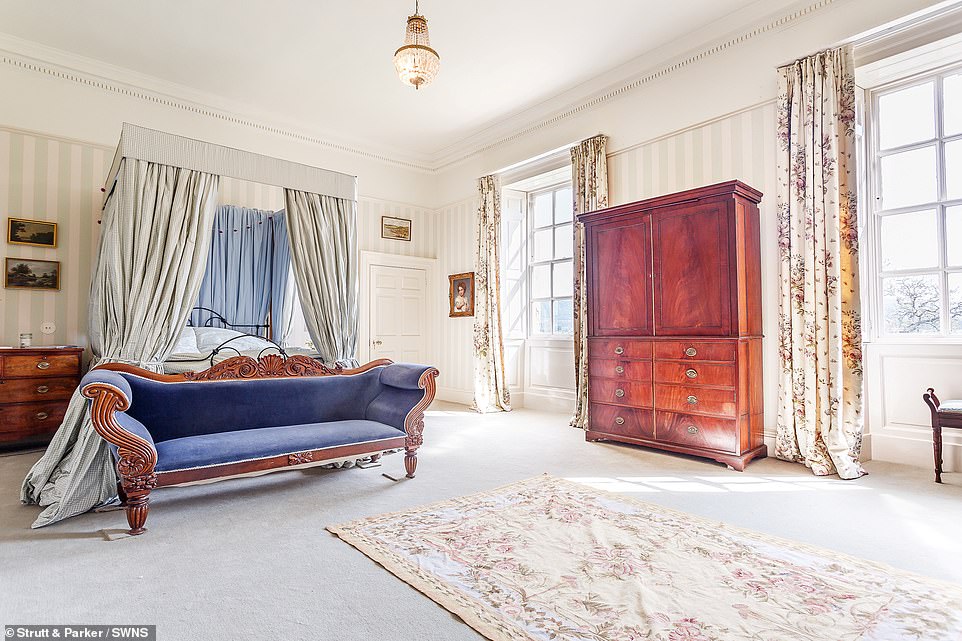 Each bedroom is spacious and bright – overlooking the beautiful location near the Quantock Hills and Exmoor National Park, areas of outstanding natural beauty 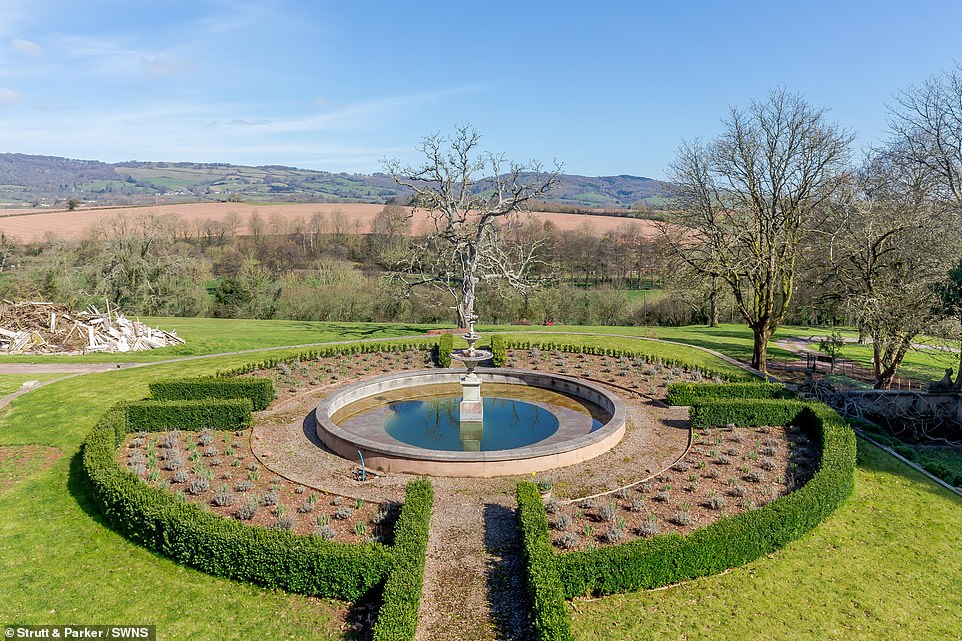 A long private drive climbs through established parkland, passing between the house and the lake and leads to a gravel forecourt in front of the house 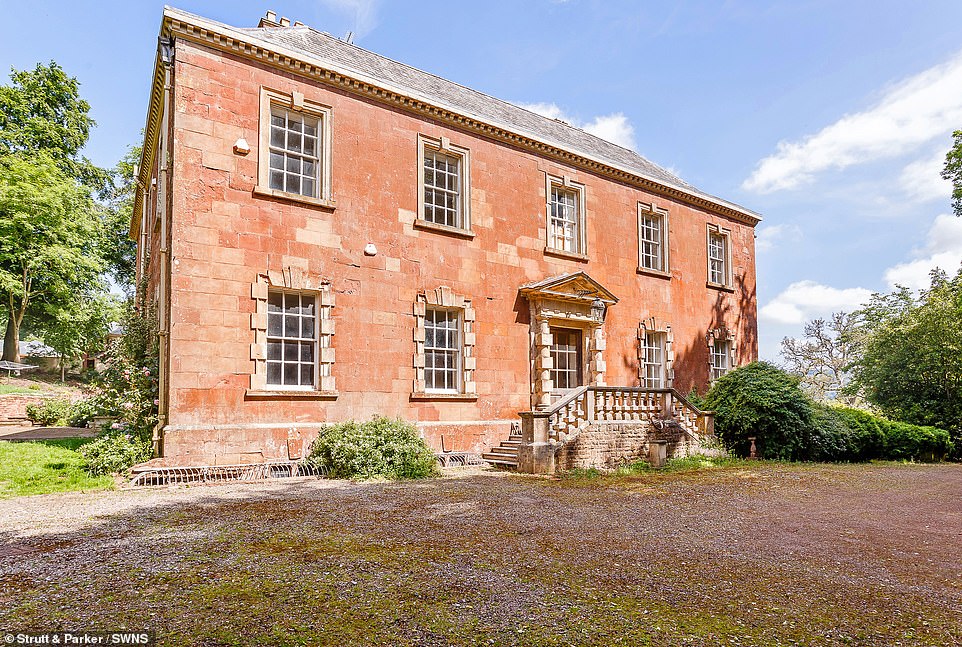 It is believed an earlier Elizabethan house was situated closer to the village church and was pulled down after the Civil War. It is understood to have then been replaced by a new house at the present site. The 17th Century house was extensively remodelled by William Frauncies in 1730

The house was extensively remodelled by William Frauncies in 1730 and has lots of 18th century features like the newel staircase in the entrance hall.

There are also fine ceiling mouldings, panelled doors, chimney-pieces and original stone and wooden floors throughout. 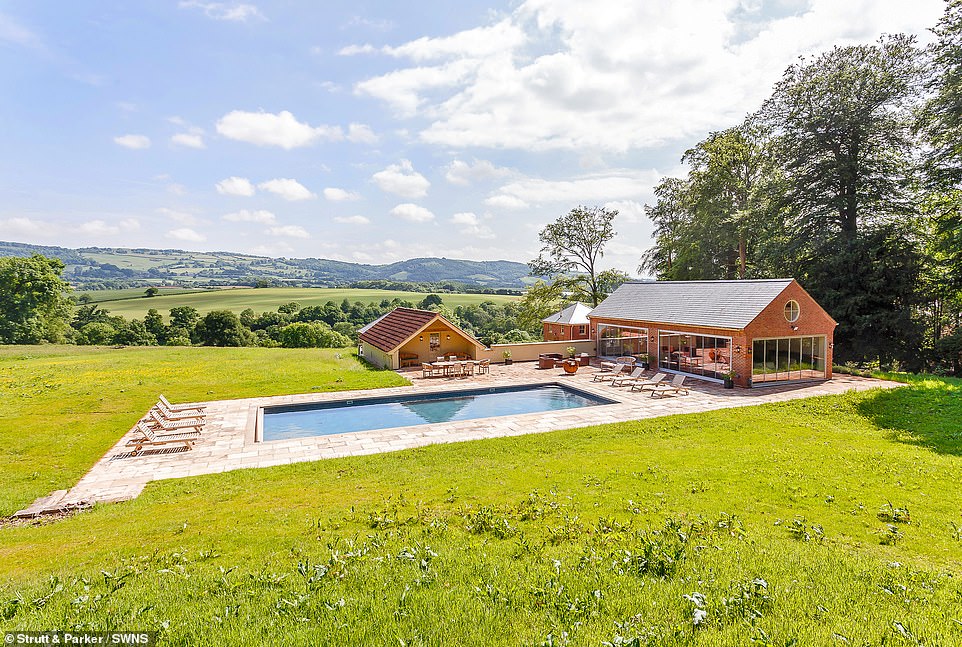 Adjacent to the pool is the pool room with a hall, shower room with a WC and a cloakroom. There is also a changing room and a plant room 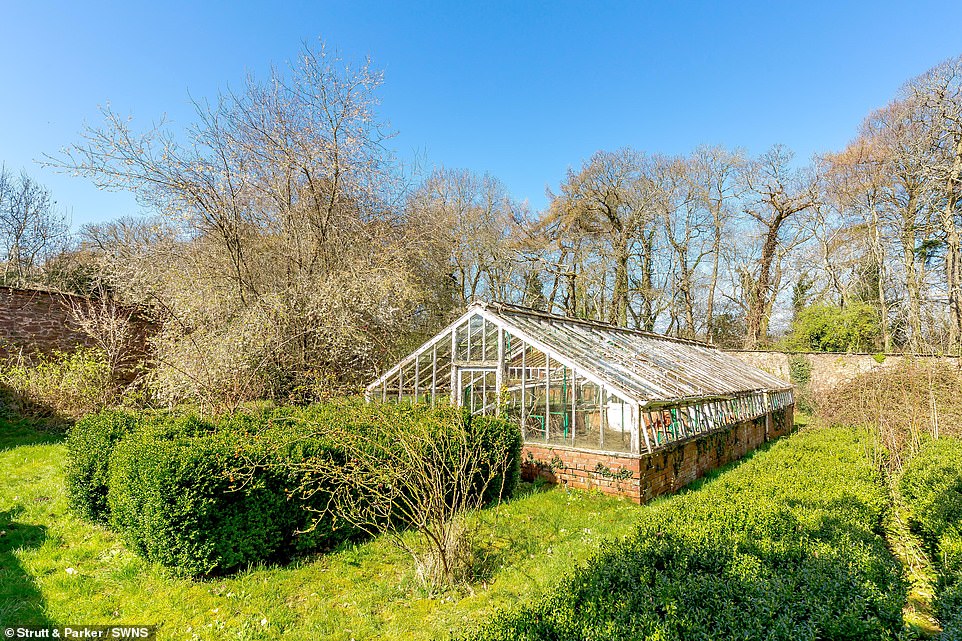 As a whole Combe Florey House extends to 34.56 acres (13.98 ha) with undulating parkland and pasture land forming the majority of the holding. The parkland is home to magnificent trees and two areas of established copse 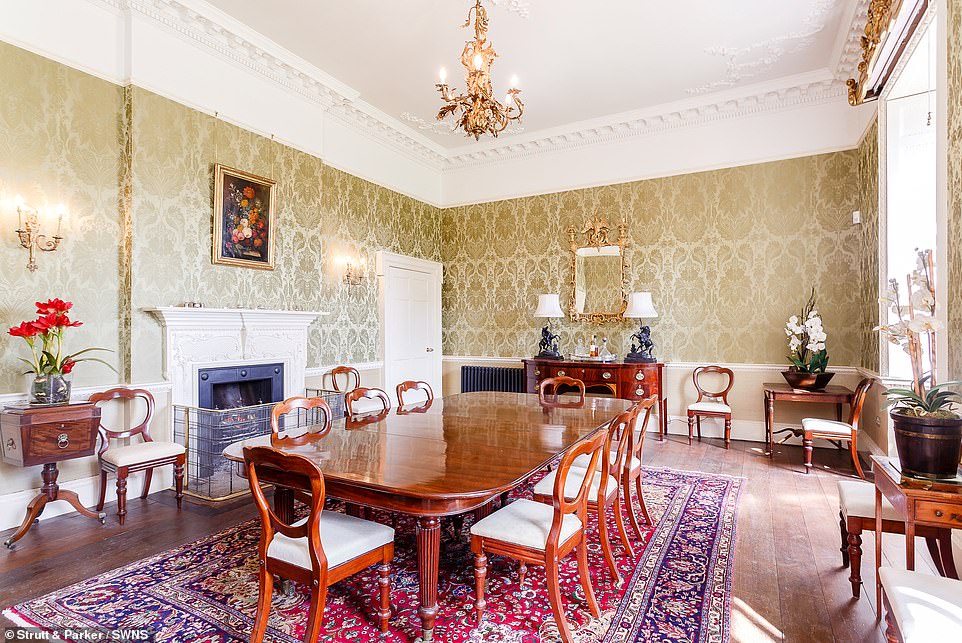 The property has a spacious hall and the rooms have vaulted ceilings and stone floors. It is arranged as: boiler room, large laundry/utility room, two wine cellars and two store rooms 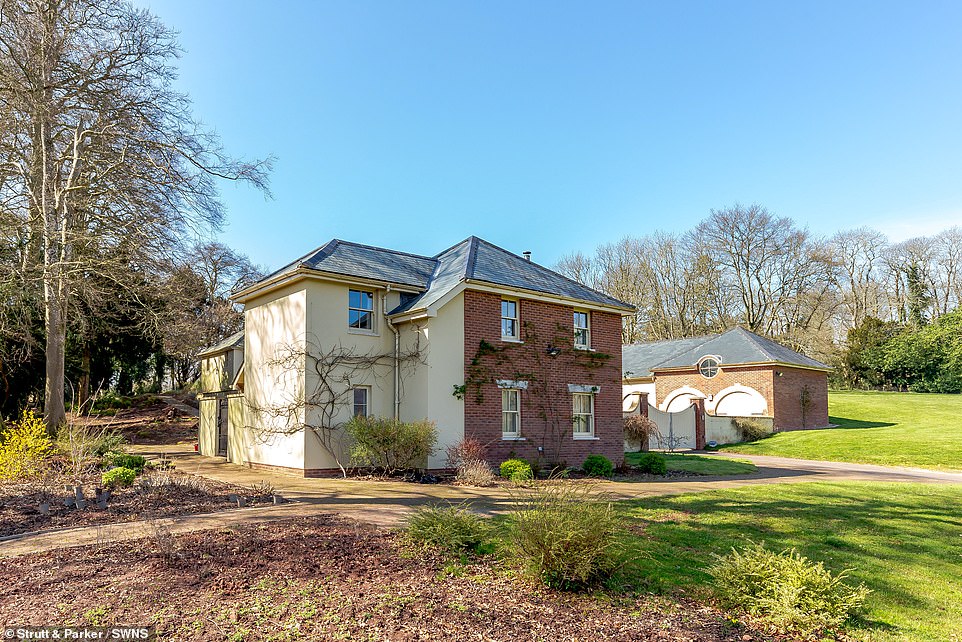 Keepers Cottage is situated to the north of the house, adjacent to the coach house and garaging. The accommodation comprises a hall, sitting room, kitchen and cloakroom on the ground floor, and three bedrooms and a bathroom on the first floor. 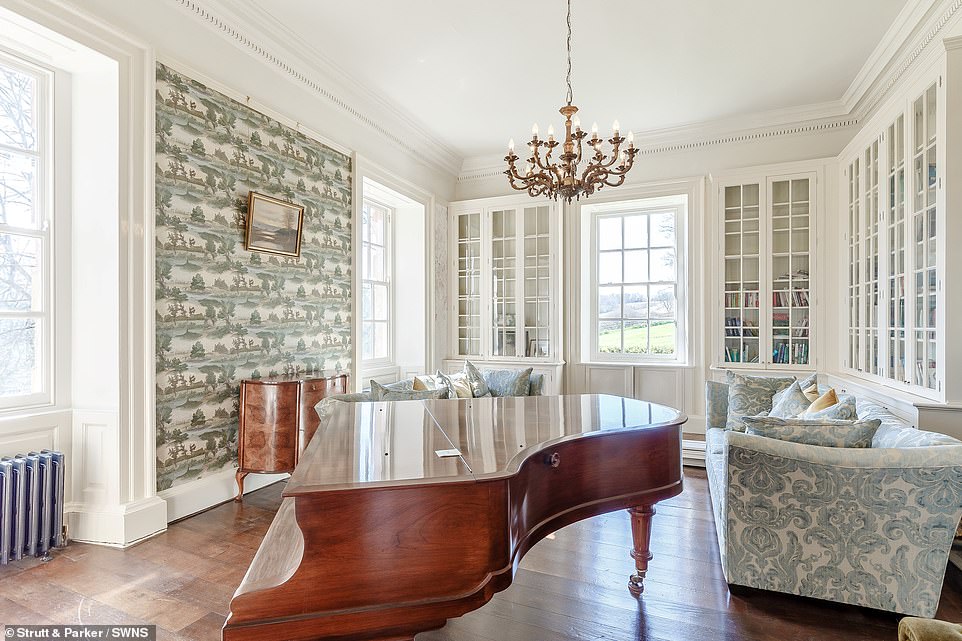 Combe Florey is a small picturesque village situated 6 miles (9.7 km) northwest of Taunton and close to the Quantock Hills and the West Somerset Railway. The village has the Farmers Arms public house, a village hall and the Grade I listed church of St Peter and St Paul (13th century origins) 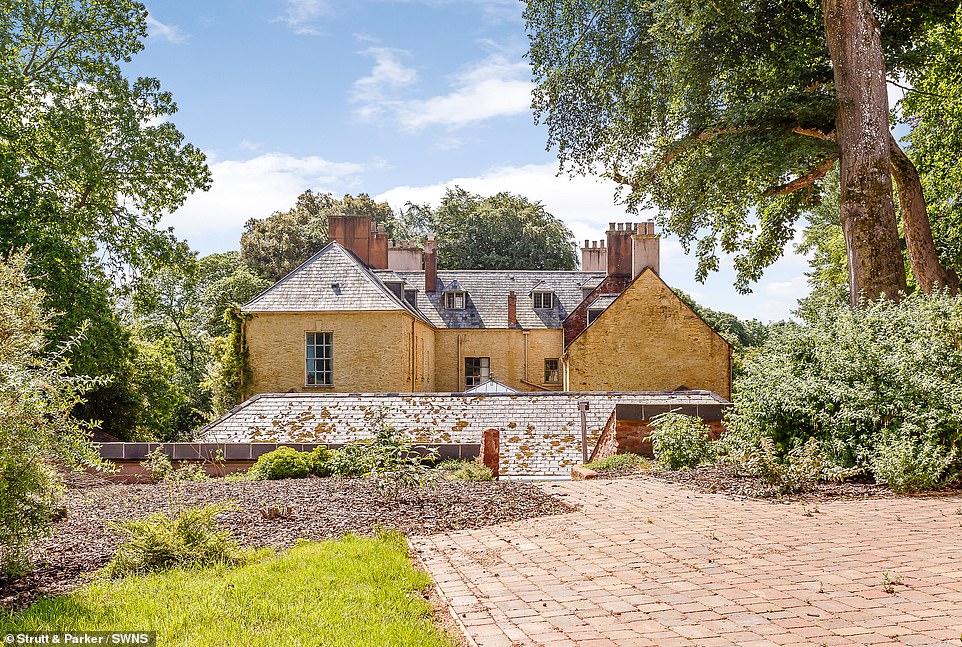 A further garden area of wide open lawn borders both the tennis court and the swimming pool. The heated swimming pool is edged by a wide flagstone terrace and is located in front of the pool room and the Summer House/Party Barn.

There is also a three-bedroom cottage, workshops and a coachhouse, as well as the party barn and pool house.

The grounds include a pond and fountain, a courtyard, three interconnecting walled gardens and some parkland and pasture.

Oliver Custance Baker, from estate agents Strutt & Parker, told MailOnline: ‘It really is a beautiful property. It has already had been viewed by several potential buyers.’

You can view the listing for the property here.