The Netflix series Grace and Frankie is a show about two older women whose husbands announce that they are leaving them for each other. Grace, Frankie, Robert, and Sol are in their 70s at the start of the series. Surprisingly, the show has had mass appeal for older and younger generations alike. 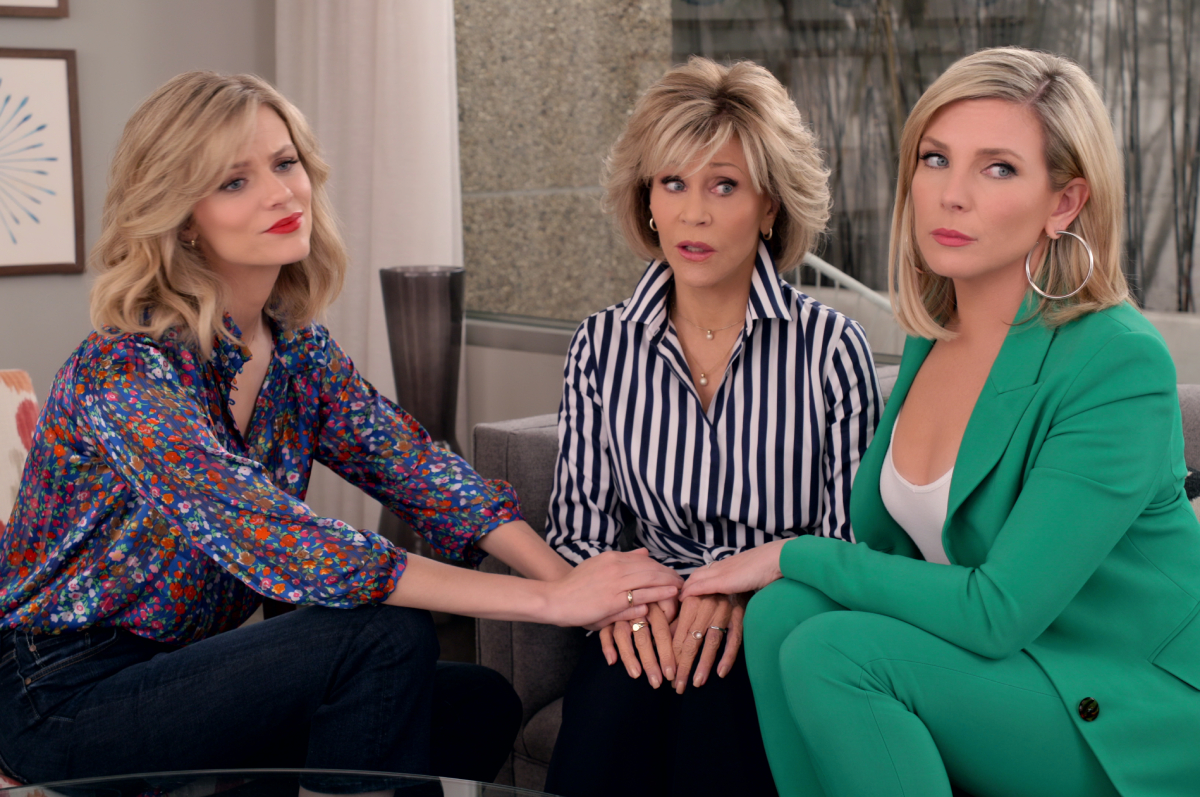 Grace and Frankie bring to light issues of ageism, ableism, and sexism, important topics for both older and younger generations.

For a show centered around characters in their 70s, it might be surprising that many fans of the series are from younger generations. On a Reddit thread, many fans in their 20s expressed their love for the show. One fan commented, “25-year-old guy here and I LOVE it. I’d probably go as far as saying it’s one of my favorite Netflix Originals. I love me a good comedy that’s actually hilarious.”

Grace and Frankie also follows the stories of the titular characters’ children. Frankie’s sons Bud and Coyote and Grace’s daughters Brianna and Mallory navigate the difficulties of adulthood. They deal with divorce, addiction, dating, and first-time parenthood.

Grace and Frankie is about more than just delivering laughs, although the series is definitely hilarious. It brings to light issues faced by an older demographic that younger fans might not think about. “As a 21F I feel like it gives me a good perspective on the struggles of older women,” a fan commented on Reddit.

Grace and Frankie covers topics from Alzheimer’s disease to vaginal dryness. The shows titular characters even invent products to help older women. One of these inventions called the Rise Up, is a toilet that gently lifts the user up. The invention was inspired by an incident where Grace couldn’t get off the can because of her knee.

The series also helps alleviate some of the scariness and uncertainty about getting older. Seeing two women in their 70s who are vibrant, funny, and business savvy helps to do away with the falsehood that older people can’t still have active and engaging lives.

“I’m a 22-year-old female and I love this show! I think it helps me get exposure to a demographic who I rarely interact with and makes me feel very optimistic for the future,” a fan said on Reddit. Robert and Sol also show that it’s never too late to start over. The couple come out as gay and get married in their 70s. They become active in their community and fight back against homophobia.

‘Grace and Frankie’ will end after 7 seasons

The first four episodes of Grace and Frankie Season 7 are currently available on Netflix. The remaining 12 episodes will drop sometime in 2022. After many years, Grace and Frankie is coming to an end, but not without having had a positive impact on younger and older generations alike.