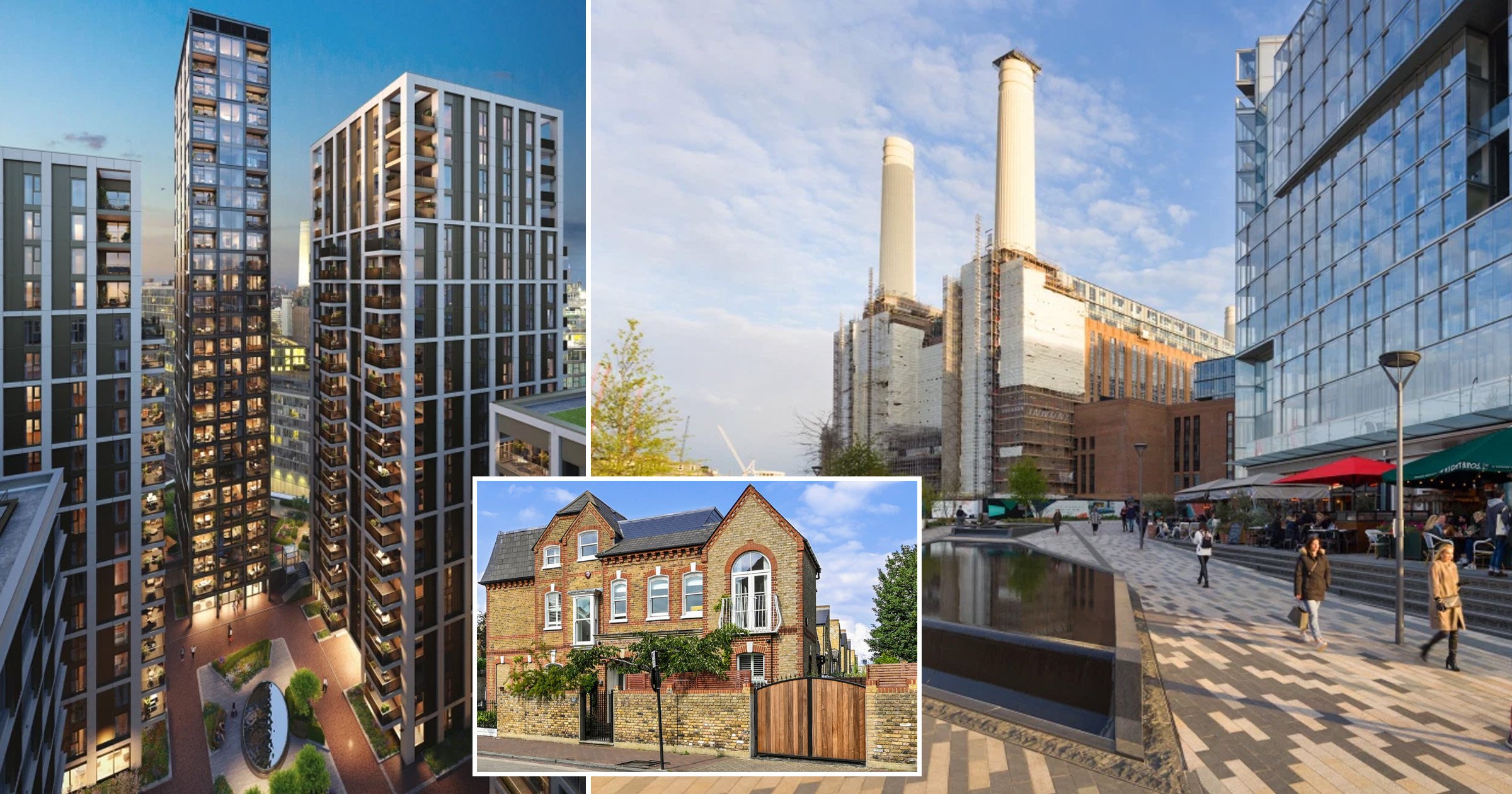 When a rescue centre for stray dogs relocated from Holloway in 1871, Battersea was chosen as its new location because it was on the outskirts of London and much quieter.

Some 150 years on, Battersea Dogs & Cats Home is world-famous, and the neighbourhood is now regarded as very central.

Although not cheap, it’s always been a popular place to live due its amazing park, proximity to Chelsea, plethora of pubs and restaurants and ease of getting around.

It lies at the western end of the Nine Elms regeneration scheme and is changing fast with developments being delivered including a revitalised Battersea Power Station, and the Northern Line extension opening this autumn.

‘We tend to see a lot of young buyers drawn to Battersea who go on to upsize within the area,’ says Jack Hargreaves, manager of Dexters in Battersea.

What’s on offer in Battersea?

An incredible £9billion is being poured into transforming Battersea Power Station into a new mixed-use riverside destination.

This will incorporate the original grade II* -listed power station alongside a number of state-of-the-art buildings and includes leisure venues as well as 4,239 new homes.

Prince of Wales Drive, from St William, is another landmark scheme, consisting of 926 homes set in landscaped gardens close to the park and river, and five minutes’ walk from the forthcoming Battersea Power Station Tube stop.

One to four-bed apartments in the final phase, Upper Park Residences start from £785,000 and residents have use of a host of amenities, such as a cinema room and bar.

The lack of affordable homes for sale in Battersea is being addressed by Latimer, which is offering a range of one and two-bed shared ownership apartments at Windsor Apartments.

Each features a good-sized balcony or terrace, a high-end kitchen and bathroom and underfloor heating throughout, and residents will have direct access to Battersea Park through a reclaimed railway arch.

Homes in two further buildings, Bowden House and Malvern House, are due to launch this winter.

Two and three-bed apartments are on offer at Linden’s Viewpoint next to the Thames.

All have private outside space and the developer is currently covering stamp duty costs on selected plots, from £659,000.

Every home in Avanton’s Coda – where the next phase, the Terrace Collection, launches shortly – also has a balcony or terrace. From £770,000 for a two-bed.