BBC host grills Jon Ashworth on ‘where Keir Starmer is’

During Sunday’s BBC Breakfast, hosts Roger Johnson and Nina Warhurst spoke with a number of MPs about how they felt about Matt Hancock’s recent resignation. The pair also interviewed Shadow Secretary, Jonathan Ashworth via video link about the Health Secretary’s decision. However, the segment took an unexpected turn when Warhurst began to grill the MP over Keir Starmer’s whereabouts.

Ashworth began by telling the hosts that Hancock’s resignation is a “personal tragedy” although, he went on to agree that it was the right thing to do.

“I hope he resolves the situation he finds himself in,” Ashworth explained. “But, to be frank, it shouldn’t have come to this last night.

“Boris Johnson should have had the guts, the spine, the awareness and the judgements to sack him.

“It’s not just the situation he found himself in for breaking the rules when he writes the rules himself.” 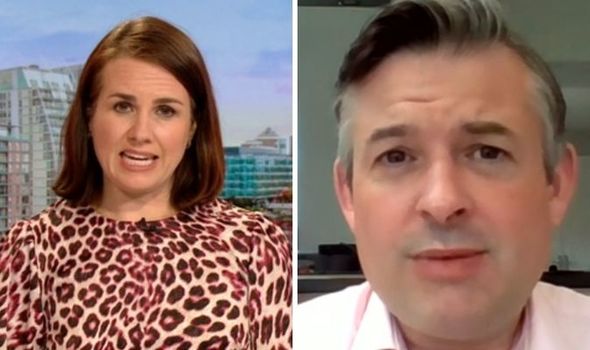