THERE has been more than a dozen Dancing on Ice judges over the years who have kept fans entrained with their skating opinions.

Mr Nasty' judge Jason Gardiner is now living in a tent after being axed from the show. 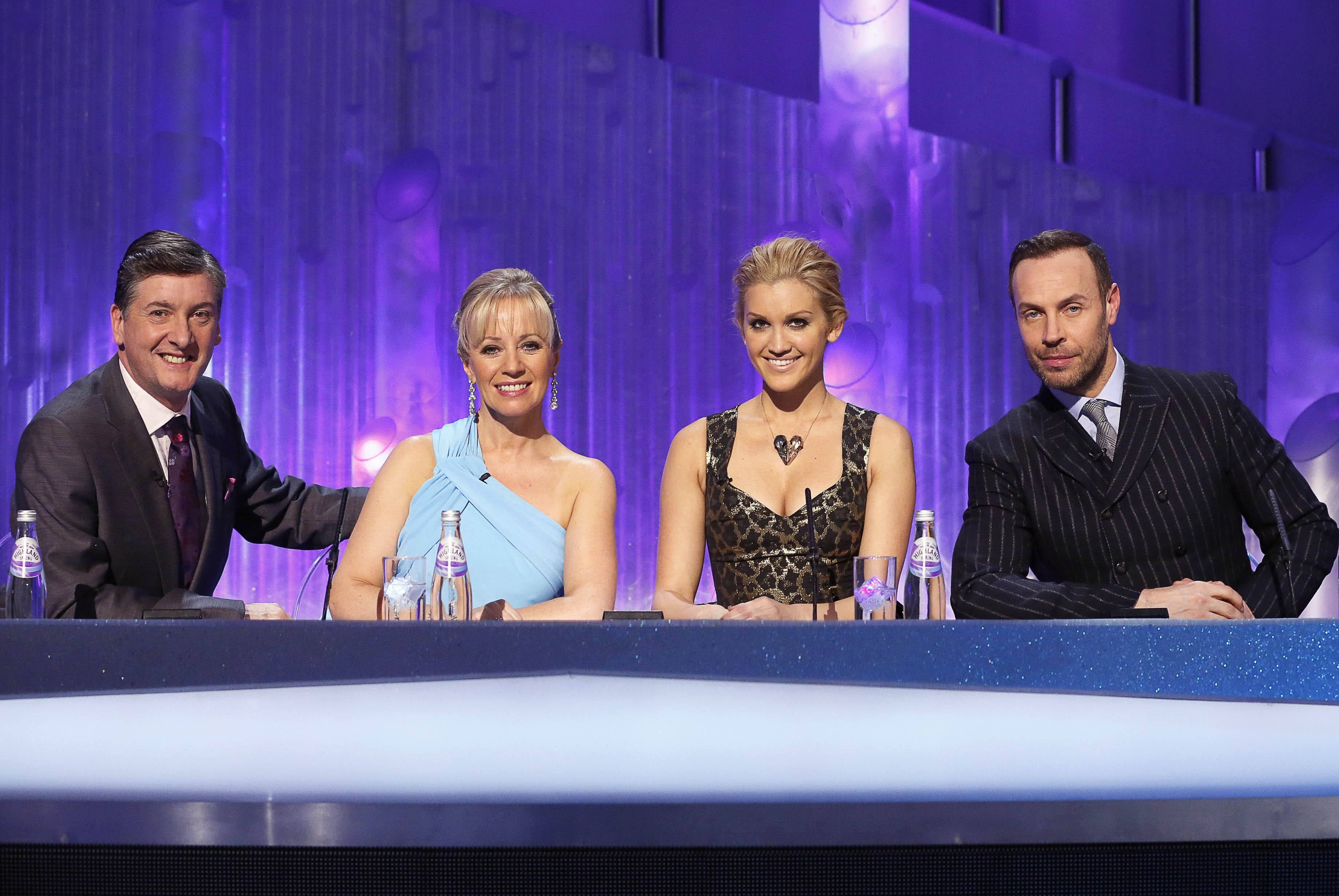 The 49-year-old star has admitted that he didn't realise how "toxic" filming the ITV series had been until he took a step back and became an eco warrior.

From stalking nightmare to being axed from the show – we take a look at where the ex-judges are now. 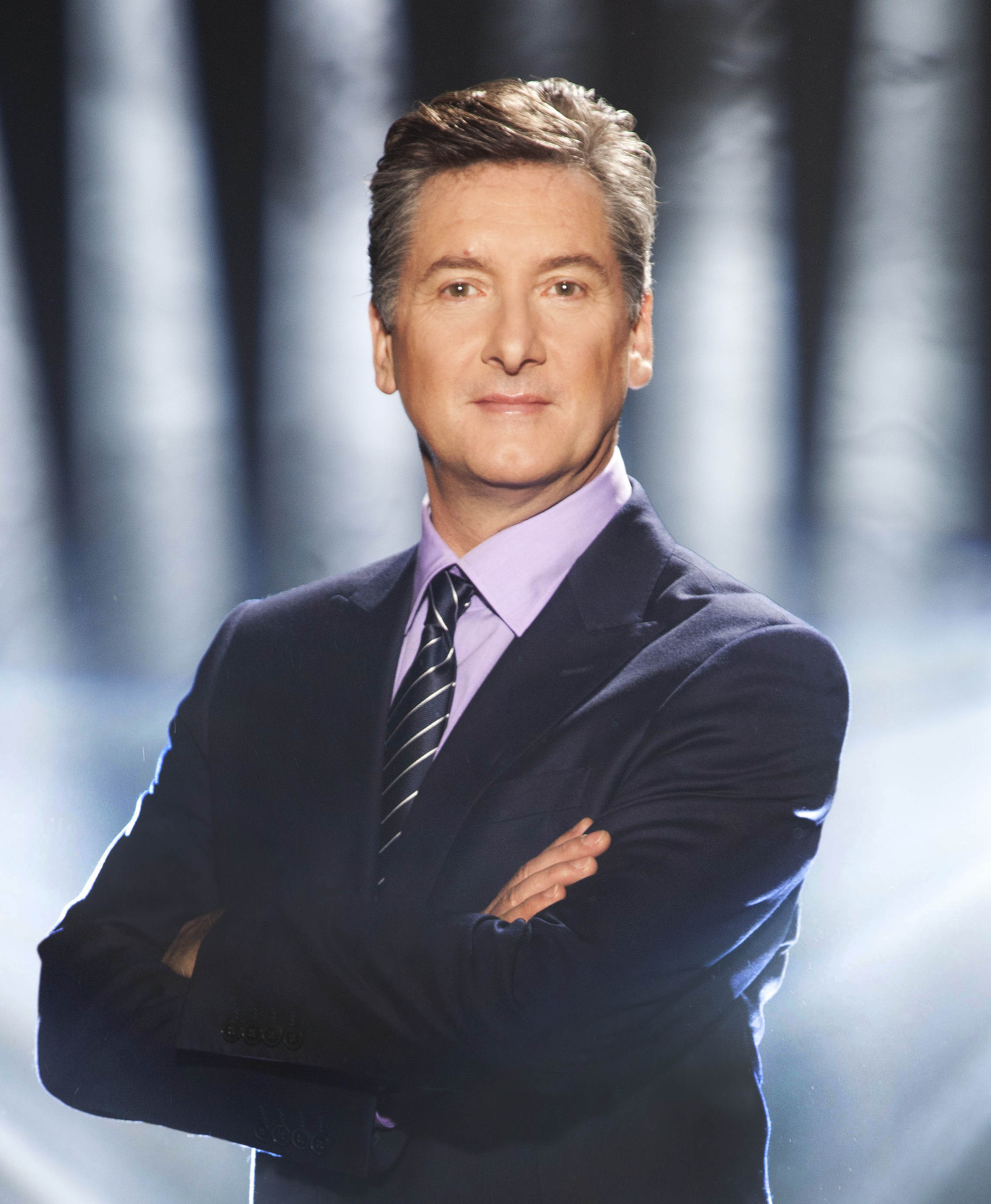 The former competitive figure skater, who won Gold at the 1980 Olympics and was 1980 European champion, offered plenty of advice to the celebrity contestants for eight years.

The show was taken off air in 2014, but Robin's did not return as a judge when it made a surprise comeback in 2018.

Since then Robin has been a regular guest presenter and commentator for BBC Sport, for the European and World Figure Skating Championships and the Winter Olympics.

He has also performed on stage. He played the Prince in Rodgers and Hammerstein's Cinderella, Munkustrap in Cats and Frank N Furter in The Rocky Horror Show.

He was has been appointed as President of British Ice Skating (BIS) after being elected as the organisation's vice-chair earlier this year. 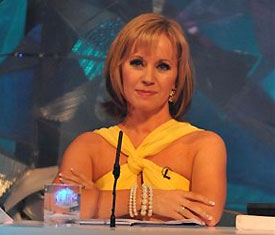 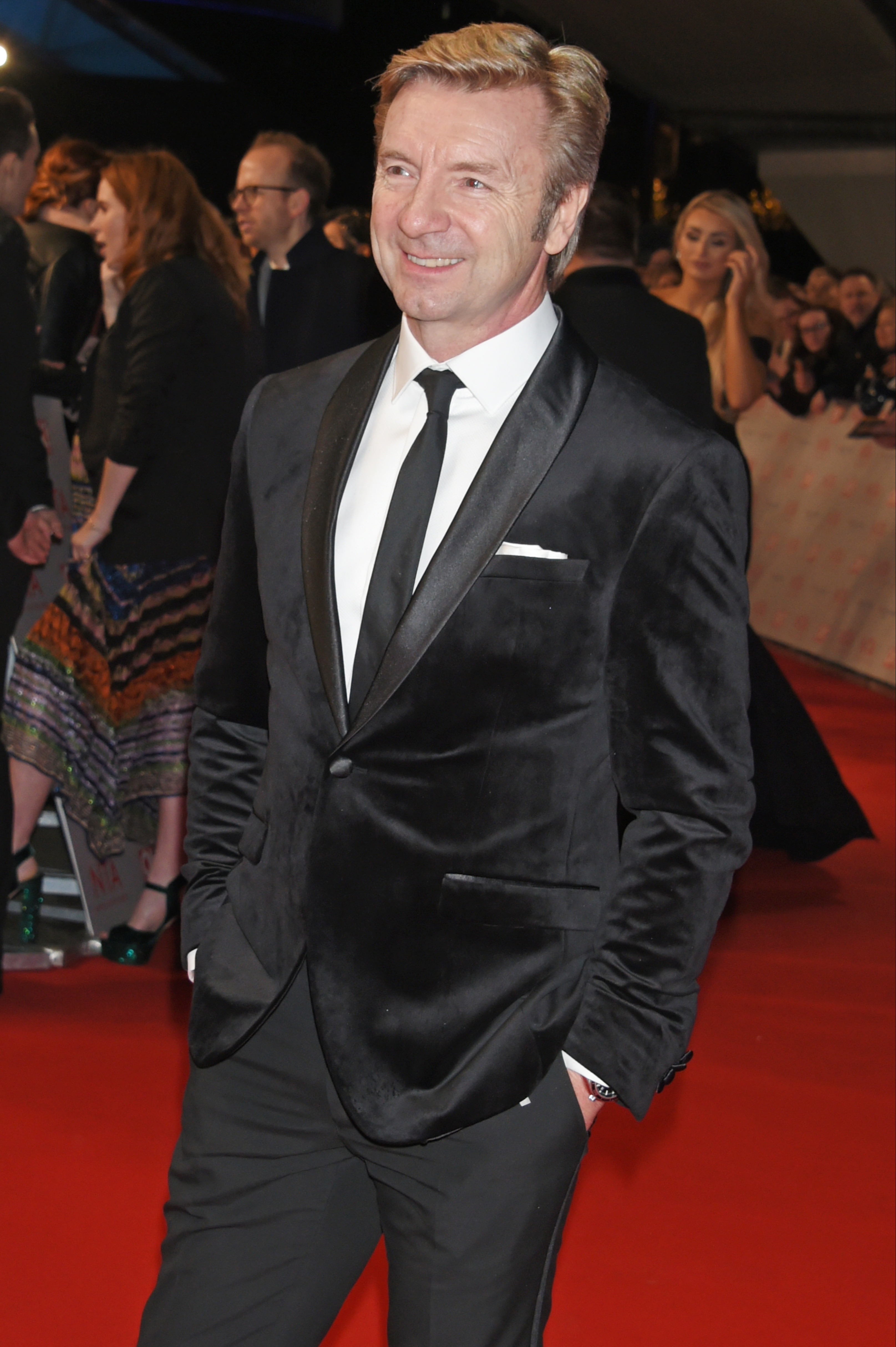 Karen Barber was also an original panellist until 2011 when she became head coach.

The former ice dancer, who competed at two Winter Olympics with fellow judge Nicky Slater, was on hand to help the contestants with their routines in 2011.

It was in her first year as coach that she got in a big fight with her former co judge Jason Gardiner, before she returned to the judging panel in 2013 where she remained until 2014.

Karen was married to skating coach Stephen Pickavance when romance blossomed between her and Christopher.

The pair's relationship came to light when they were caught kissing outside a restaurant in London in January 2011; a few days later, Karen confirmed that she and Stephen had ended their 21-year marriage some time before.

The exes remained on good terms for their teenage daughters Emma and Laura. 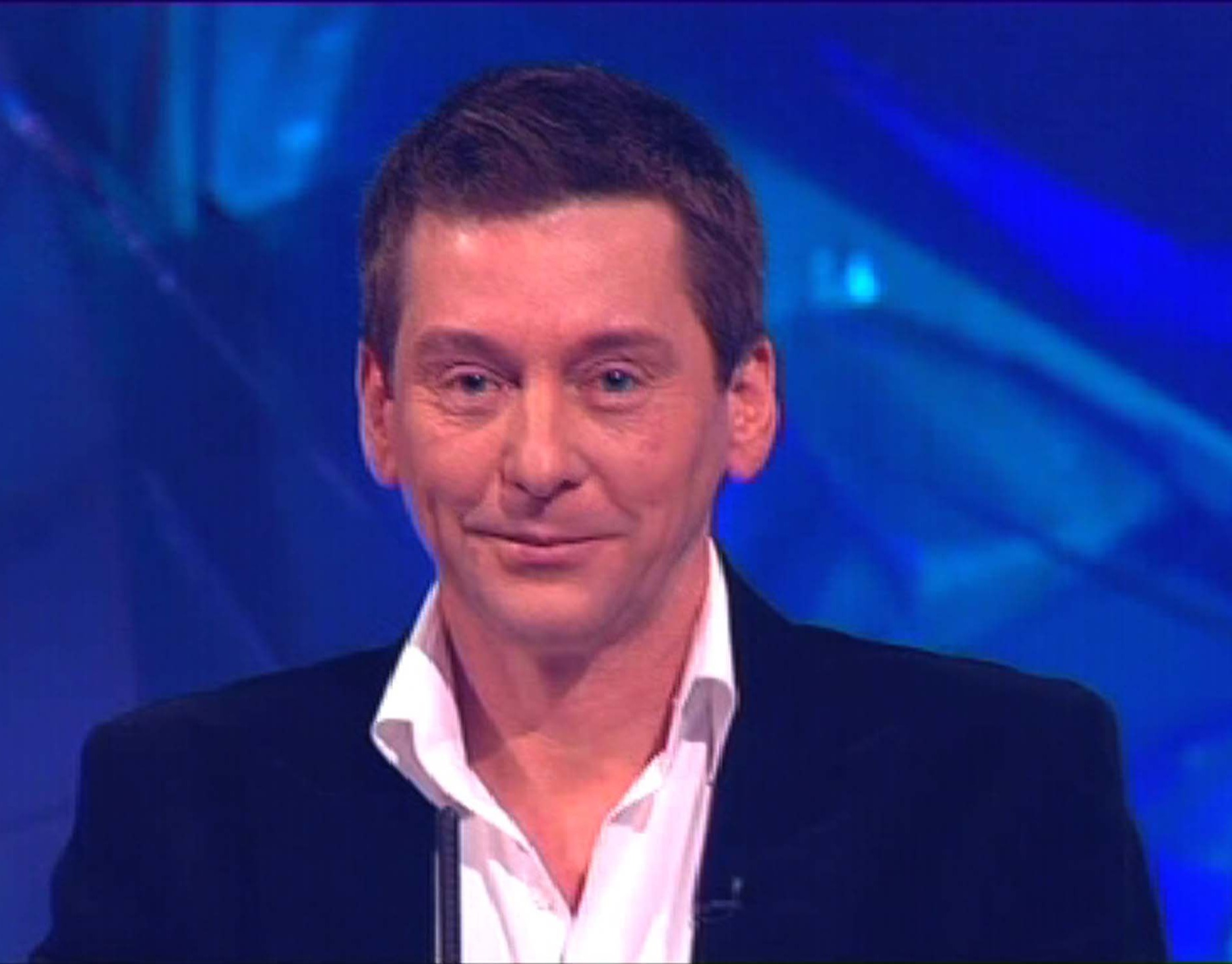 Since his retirement from competitive skating, Slater has worked as an 'in vision' expert and commentator on ice skating for both ITV and Channel 4.

Nicky appeared as a judge on the BBC One spin-off show Strictly Ice Dancing in 2004 and went onto join the ITV celebrity skating show Dancing on Ice as a judge in 2006, a role in which he continued for five years.

In 2010, it was announced that Nicky would not return as a judge for the sixth series in 2011

He was already very familiar with fellow judge Karen Barber, as the pair skated together for Great Britain for two Winter Olympics and they won bronze at the 1983 European Championships.

Afterwards, Nicky said: “Karen coaches the celebrities and spends a lot of time with them, so I think she gets too emotionally involved, whereas I find it easier to stay subjective.” 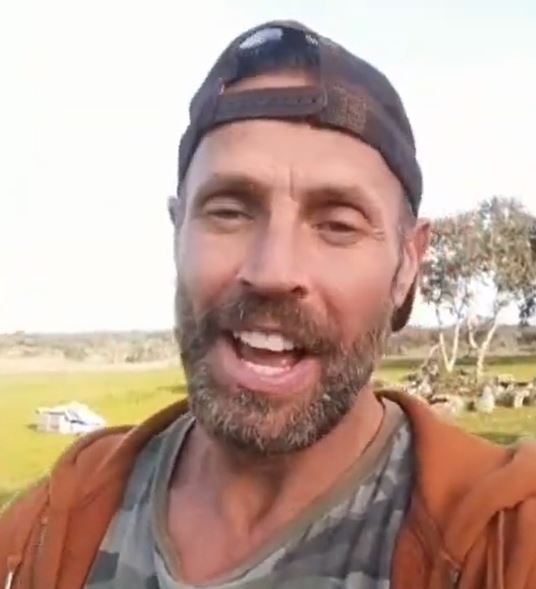 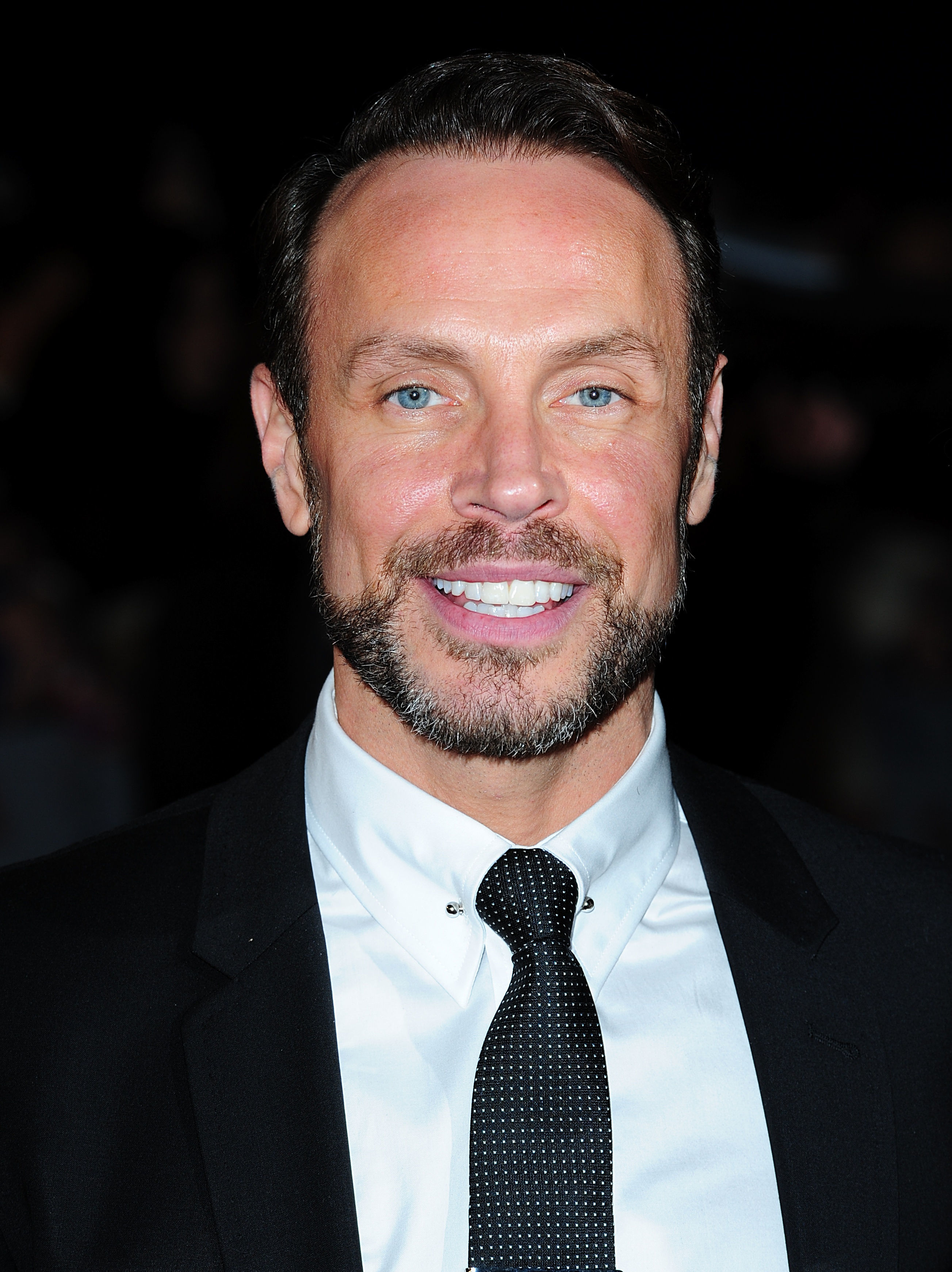 Jason quit the show in August 2019 – jumping before he was pushed after learning that bosses were secretly trying to replace him following his feud with contestant Gemma Collins.

He has since become at one with nature; living in a tent while studying soil, planting flowers, and even scavenging in skips after escaping the celebrity world.

He shared to The Irish Mirror: "I have found a new life that isn’t about the toxic environment of the TV industry. My tenure on Dancing on Ice was always marred with controversy and lots of issues but the problem is, I didn’t realise how toxic it was until I left.

"It took me a while to decompress from it, I’ll be honest." 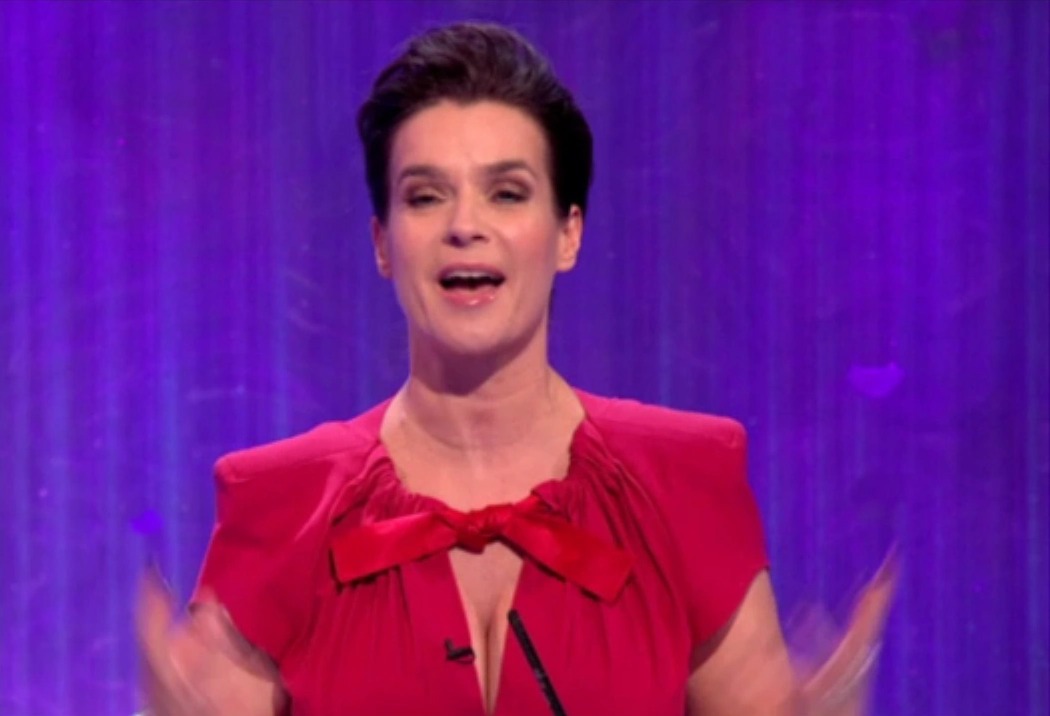 Since 1991 Katarina has been working as figure skating expert for American and German TV channels during World Championships and Olympic Games.

In between Katarina recurrently dives into the world of film and theatre.

Katarina’s outfits on the show sent fans wild, who claimed they were seeing too much of her cleavage.

“And the thing is when you wear those dresses and you try them on in the dressing room you are standing up – but when you sit down, everything slides down a little further so I should’ve watched it and I’m watching out now,” she explained on This Morning.

She added: “I hope they still listen to me about what I have to say and they don’t just look at the dress.”

The star has also experienced some moment terrifying moments away fro the camera.

An obsessed fan who followed Katarina across Germany and the United States was found guilty of sending obscene and threatening letters to the figure skating star. 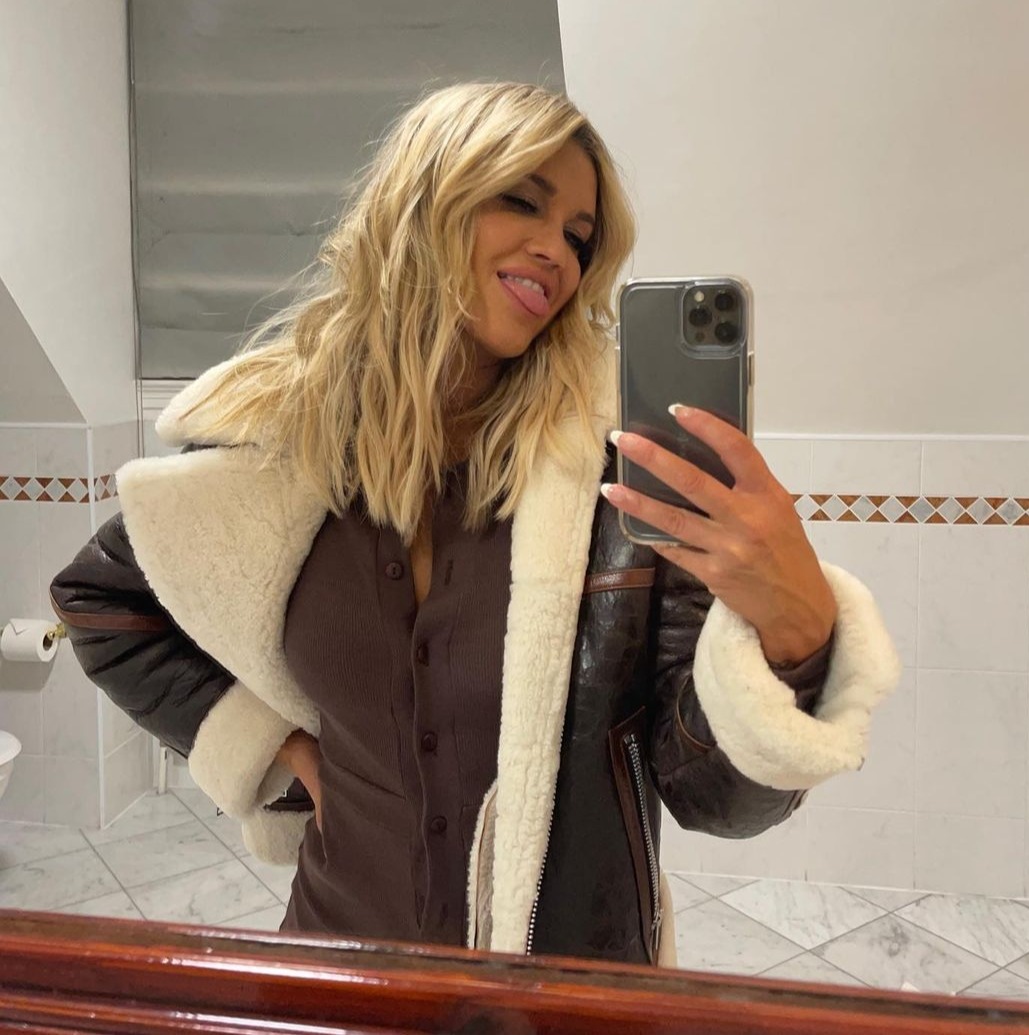 Within months of bagging runner-up spot in I’m A Celebrity in 2012, Ashley landed a judging position on Dancing on Ice.

The Pussycat Doll star spent two years on the judging panel until the show took a break in 2014.

She then appeared as a judge on BBC musical contest Let It Shine in 2017.

The pair made it all the way to the final but lost out to Stacey Dooley and Kevin Clifton.

Ashley is now a regular on Heart radio, alongside Britain's Got Talent judge Amanda Holden. 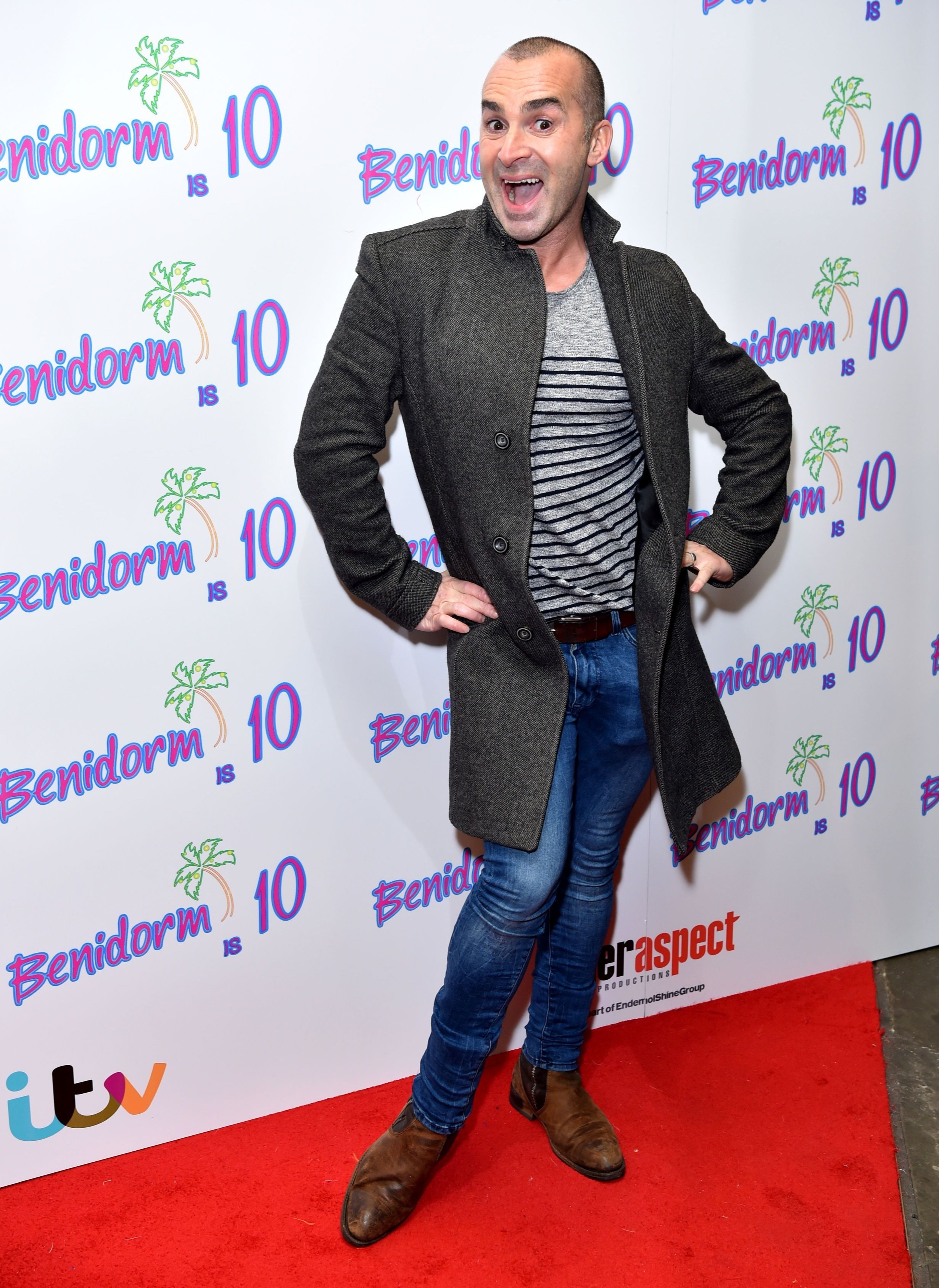 He performed in the West End as part of the award-winning original cast of Miss Saigon.

He went on to star in Cats and Closer to Heaven, and performed with a number of pop acts including the Spice Girls, Take That and Björk.

In 2011, it was announced that Louis would become a new judge on the ITV show Dancing on Ice with Robin Cousins, Katarina Witt and Karen Barber.

In 2013, Spence entered the Celebrity Big Brother and survived three evictions, however he was evicted two days before the final.

He took part in the second series of reality programme The Jump in 2015 but was eliminated on day two.

In August 2018, Spence took part in Celebs on the Farm, and was eliminated on day 9. 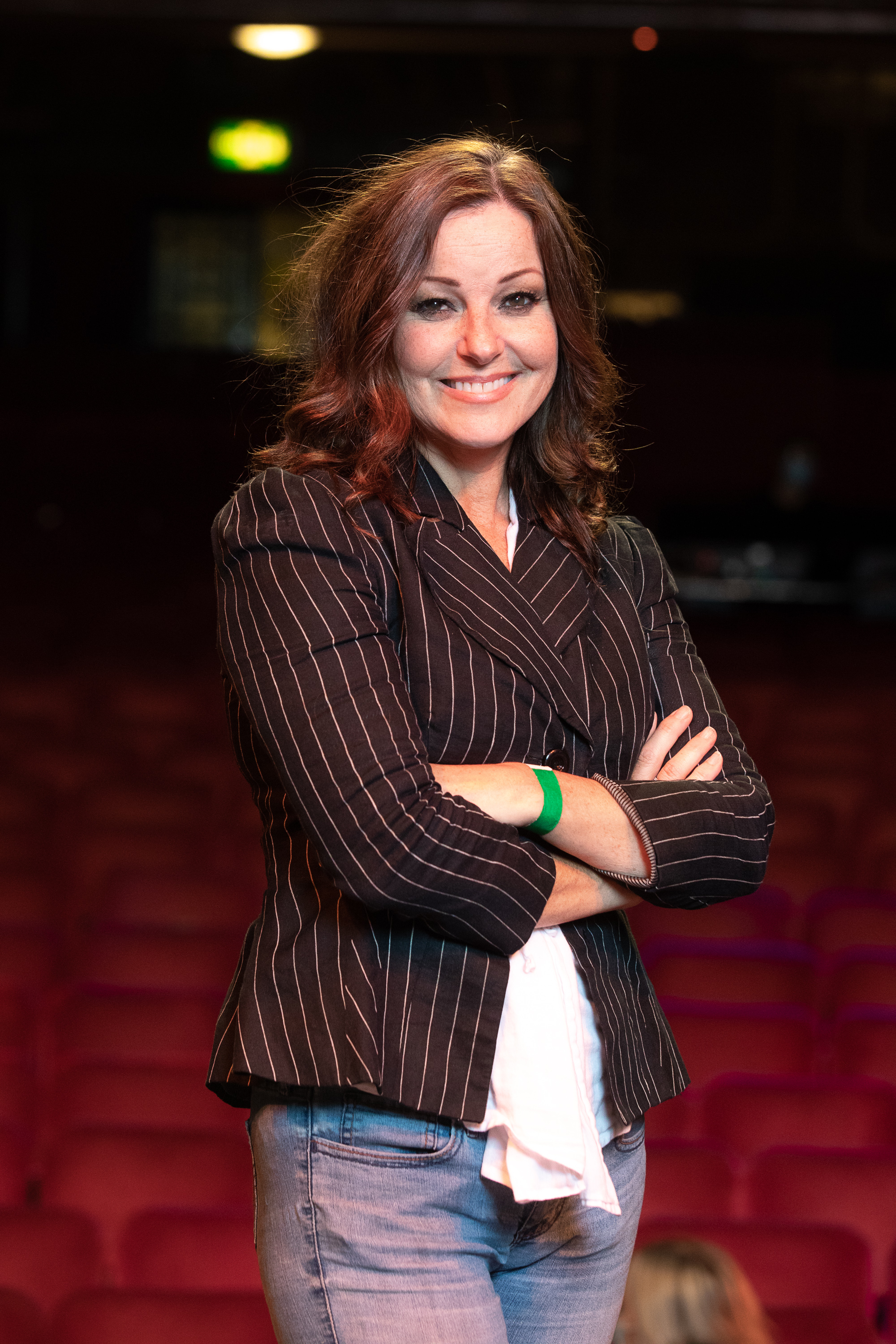 She began her professional stage career in 1986, before making her West End debut in Cats in 1987.

A five-time Olivier Award nominee, she won the 1995 Olivier Award for Best Actress in a Musical for her role as Amalia Balash in the London revival of She Loves Me.

She joined the Dancing on Ice panel in 2008, but she faced some criticism as she had no real skating experience.

"You've got quite a few people on the panel who are experts on the skating and I just don't think it only comes down to that,” she explained.

“I've had nearly 22 years in the business and so I really want to bring that experience of watching people doing very, very different shows; everything from Chicago to Cats.

"I'll really be looking at how people throw themselves into it and the kind of risk they're prepared to take. I don't mean a physical risk but not worrying about looking silly, whether they commit, whether they've taken criticism from the week before and advice and applied it. They have to learn from what everyone says and develop."

In 2010, Ruthie left the show and returned to the role of Roxie Hart in Chicago.

Since then, she has appeared in various stage shows including Blithe Spirit and Billy Elliot the Musical.

Last year, Ruthie went into the I’m A Celebrity, she took on a series of stomach-churning tasks and finished in 11th place. 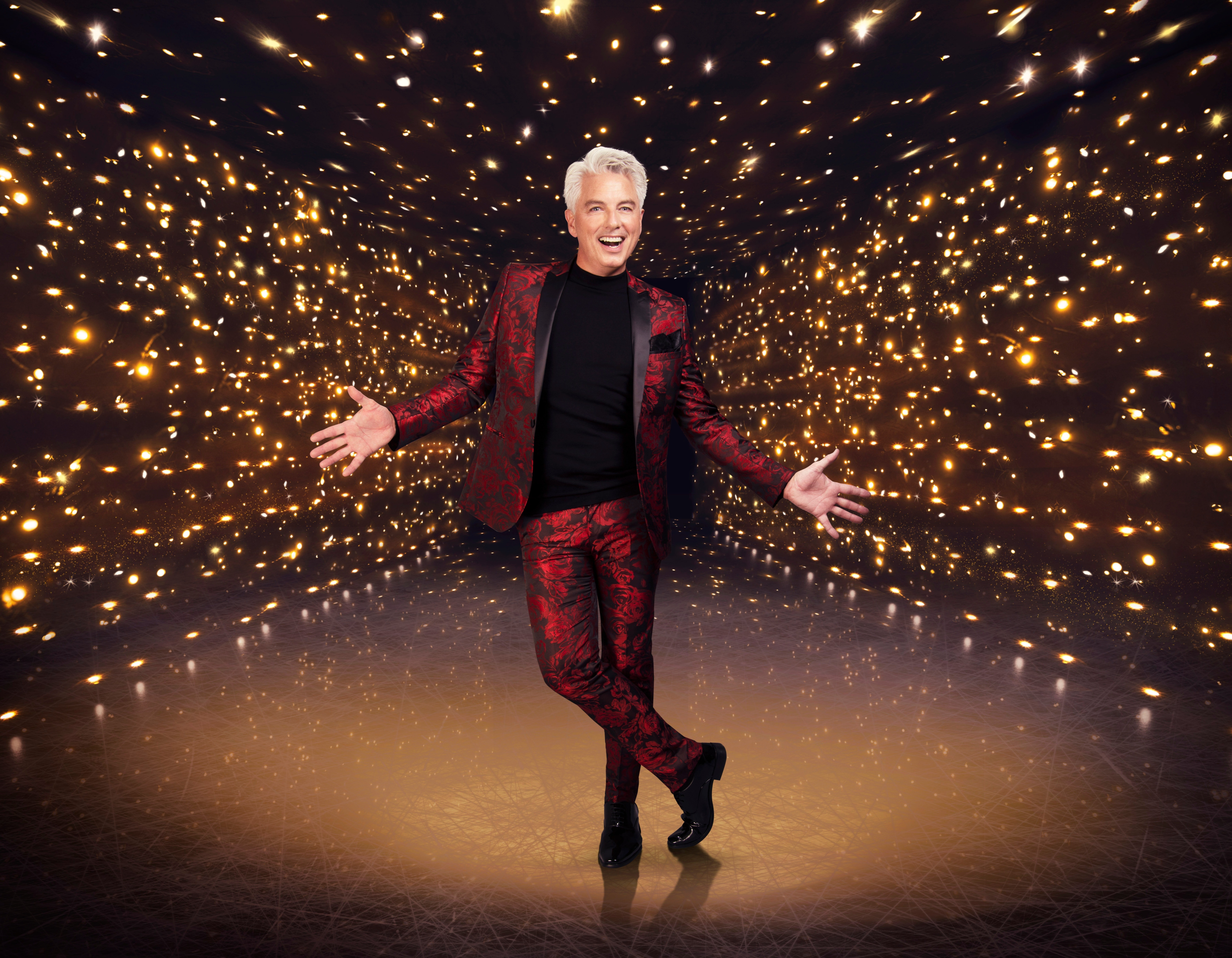 The 54-year-old star was accused of repeatedly exposing himself on the sets of other shows.

Barrowman, who found fame in Doctor Who and spin-off Torchwood, was on the prime-time show’s panel for two years.

A TV insider said: “This will be devastating for him.

“Clearly ITV feel it’s not a good look to have someone like John centre-stage on a family­-friendly show.”

Barrowman was axed from Dancing on Ice after admitting he should not have exposed himself on sets.

The entertainer was accused of flashing at the cast on Doctor Who and its spin-off Torchwood.

He played Captain Jack Harness and was a TV regular until ten years ago.

Eastenders Christmas Day spoilers – what time is it on and what happens in tomorrow night's episode?

'Street Gang: How We Got to Sesame Street' Trailer Reveals the Origins of the Beloved Children's TV Show