Home » TV & Movies » What Was Broadway Star Nick Cordero's Net Worth From Stage and TV?

By age 41, Broadway star Nick Cordero already built an impressive acting resume on both the stage and small screen. The actor died from COVID-19 complications on July 5 leaving behind a lengthy body of work. 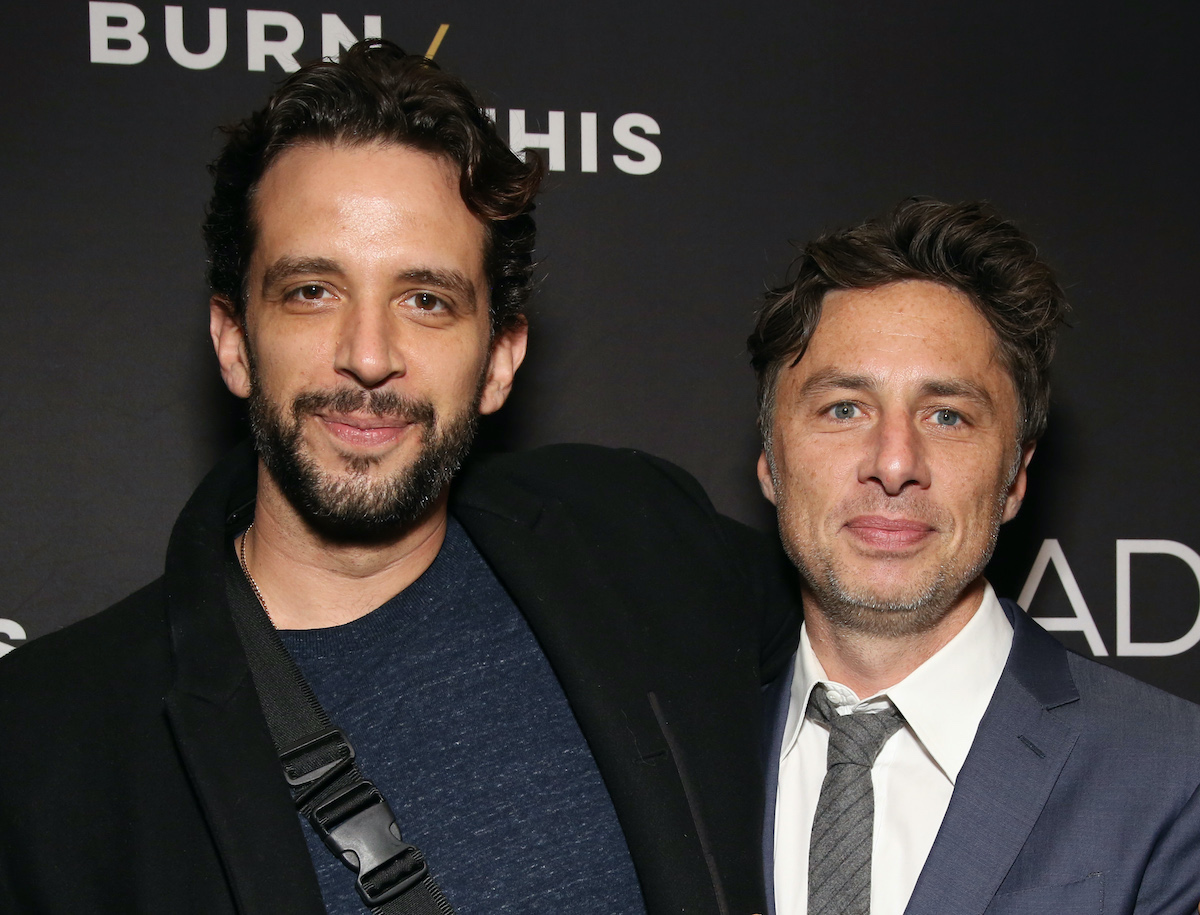 He made his Broadway splash in 2012 as “Dennis and Record Company Man” in Rock of Ages, Variety reports. Cordero later went on to score both a Tony nomination and a Drama Desk nomination for playing “Cheech” in Bullets over Broadway in 2014. At the same time, Cordero was honing his television career, appearing in series like Queer as Folk in 2005 and Blue Bloods in 2017.

Cordero’s net worth is reported to be as high as $7 million to an estimated $5 to $1 million. He is survived by his wife Amanda Kloots, a former Radio City Rockette and fitness expert. The couple also has a 1-year-old son.

Despite only making his Broadway debut in 2012, Cordero packed a number of roles and recognition into his time on stage. Following Rock of Ages and Bullets Over Broadway, Cordero went onto appear in Waitress on Broadway. He took on the part of “Earl,” the angry husband of the main character “Jenna.” Cordero was the second stage actor to play “Earl,” the first on Broadway.

Musician Sara Bareilles wrote the score for Waitress and shared a tribute to Cordero on Instagram. “He was light. Kind and gentle. Talented and humble. Funny and friendly. The best laugh. Sending so much love to the love warrior @amandakloots and little Elvis, and an immense hug to any one who is feeling the loss of this giant heart. Rest In Peace dear Nick. We love you. ❤️”

God has another angel in heaven now. My darling husband passed away this morning. He was surrounded in love by his family, singing and praying as he gently left this earth. ⠀ I am in disbelief and hurting everywhere. My heart is broken as I cannot imagine our lives without him. Nick was such a bright light. He was everyone’s friend, loved to listen, help and especially talk. He was an incredible actor and musician. He loved his family and loved being a father and husband. Elvis and I will miss him in everything we do, everyday. ⠀ To Nicks extraordinary doctor, Dr. David Ng, you were my positive doctor! There are not many doctors like you. Kind, smart, compassionate, assertive and always eager to listen to my crazy ideas or call yet another doctor for me for a second opinion. You’re a diamond in the rough. ⠀ ⠀ I cannot begin to thank everyone enough for the outpour of love , support and help we’ve received these last 95 days. You have no idea how much you lifted my spirits at 3pm everyday as the world sang Nicks song, Live Your Life. We sang it to him today, holding his hands. As I sang the last line to him, “they’ll give you hell but don’t you light them kill your light not without a fight. Live your life,” I smiled because he definitely put up a fight. I will love you forever and always my sweet man. ❤️

Cordero went onto play “Sonny” in A Bronx Tale the Musical. He was the original cast member on Broadway from 2016 until 2018. Cordero was nominated for a slew of awards. He won “Outstanding Featured Actor in a Musical” from the Outer Critics Circle for Bullets Over Broadway. He also won the Theatre World Award for the same production in 2014.

Kloots and Cordero met while working together on Bullets Over Broadway, NBC News reports. The couple married in 2017.

In addition to Queer as Folk and Blue Bloods, Cordero also appeared in series like Law & Order: Special Victims Unit. He was featured on the series in 2015 and 2019 playing a dual role of Anthony Marino and Robby Marino.

Other television credits include the series Lilyhammer in 2014 and Mob Town in 2019. Cordero was also close friends with actor and Scrubs television star, Zach Braff. Braff tweeted when Cordero died. “Nick Cordero passed at 11:40am today with his mother and wife by his side. I can honesty tell you I have never met a kinder human being. Don’t believe that Covid only claims the elderly and infirm. I am so grateful for the time we had. ‘We’ll catch up some other time.’”

Braff shared another photo of Cordero on Twitter. Adding, “Nick Cordero fought as hard as he could for 90 days. Wear a mask. F**k Covid.”