Home » TV & Movies » What is Simon Cowell’s net worth, how old is his son Eric and who's the Britain's Got Talent judge's partner?

SIMON Cowell is one of the most influential figures in showbiz, able to unearth new stars and launch careers.

He's essentially redefined Saturday night TV and he's back on our TV screens with the new series of Britain's Got Talent. Here is everything you need to know. 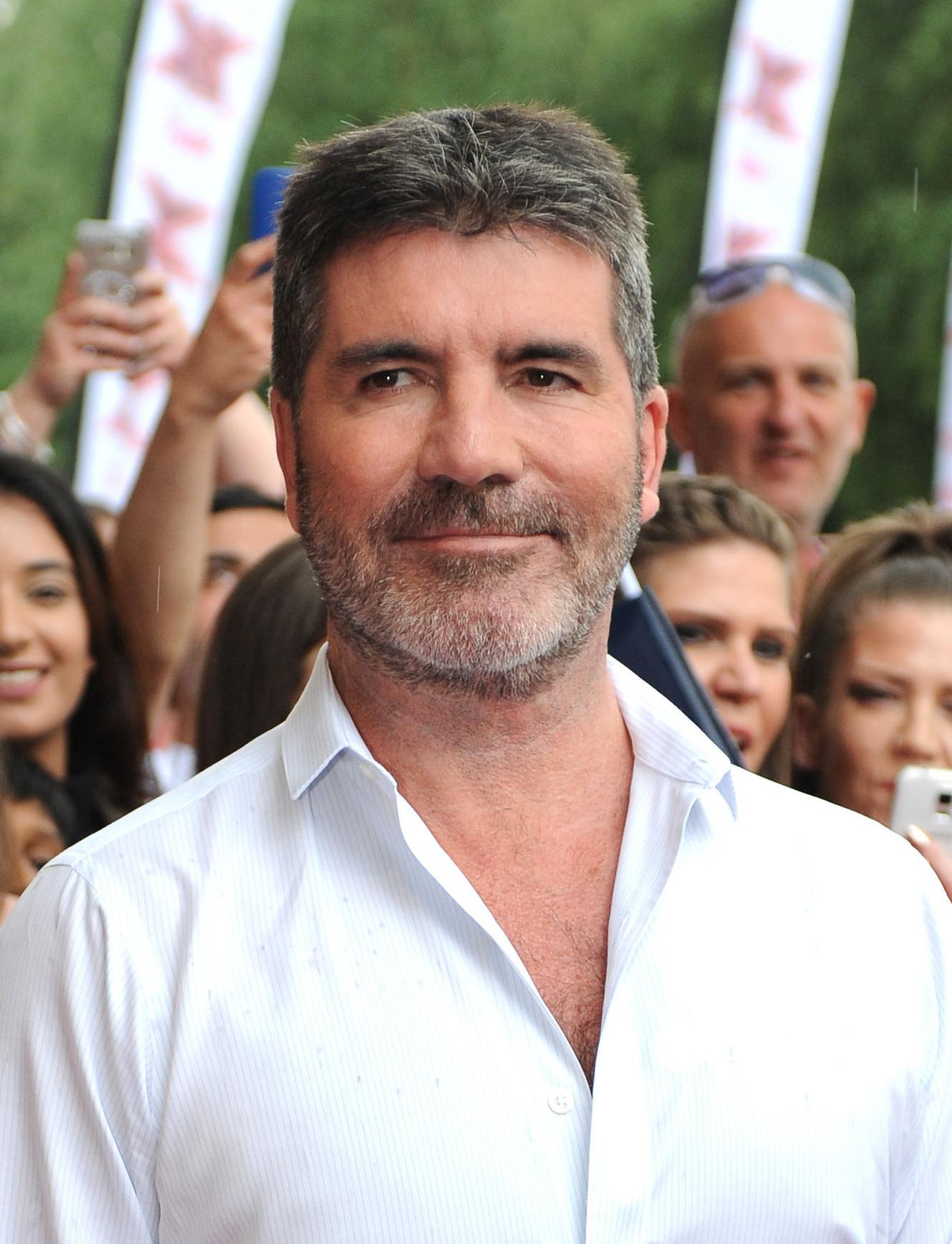 How did Simon Cowell become famous?

He was already well known within the music industry as a successful producer, but Simon, 59, rose to wider fame when Pop Idol launched in 2001, with him as judge.

He became known for his harsh verdicts on talent show acts and his clashes with 2001 Pop Idol winner Will Young, who he famously hated and found “arrogant”.

He was then asked to judge American Idol from 2002, staying in the role until 2010 and becoming famous for his controversially harsh comments.

In the UK, Simon’s fame became truly meteoric with the launch of The X Factor in 2004. The first series was watched by 7.4 million people per episode on average, and at the show’s peak in 2010, the series that discovered One Direction it had 14 million viewers.

His fame grew with the launch of a variety talent show Britain’s Got Talent in 2007 – which returns to TV on April 6.

He also became a judge on America’s Got Talent and manages a growing list of globally famous pop acts. 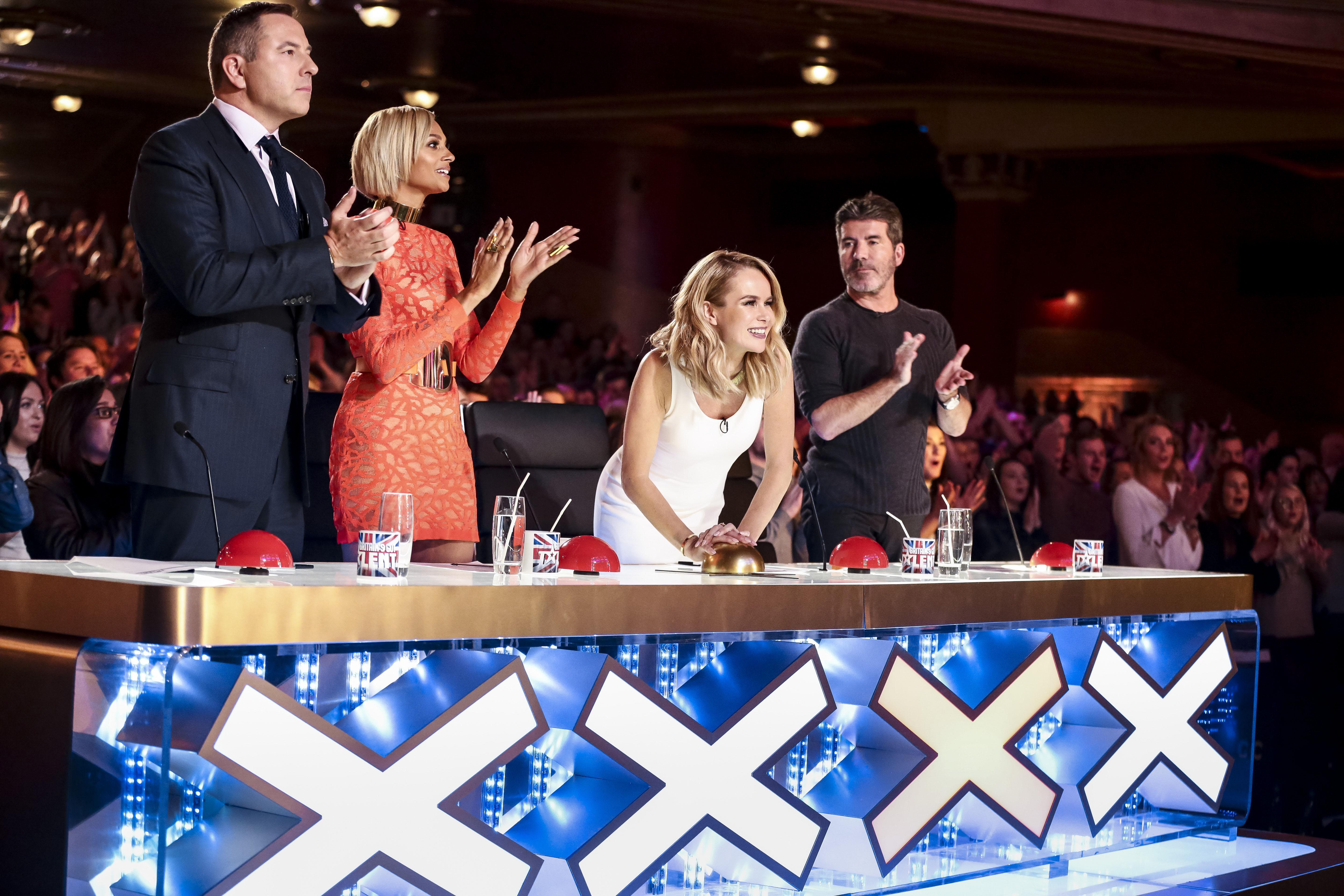 Simon left school at 16 and got a job at the record label EMI, working in the mailroom.

He was disappointed not to be promoted quickly enough and left the company for a while before returning.

His first hit was Sinitta’s hit So Macho in 1986, with his own record company Fanfare Records.

However, he nearly went bankrupt when the company folded in 1989.

Simon then restarted his music career at BMG, signing novelty acts like the Power Rangers, the Teletubbies, and puppet duo Zig and Zag.

He also signed Robson and Jerome, and boybands Westlife and 5ive.

Simon now runs Syco Entertainment, which has sold over 200 million albums and achieved 200 No1 singles from artists discovered by The X Factor.

Besides his own signings, Simon has also launched the careers of other artists through his TV talent shows.

In 2017 Niall Horan revealed that he quit Syco to launch his solo career, in a bid for a fresh start. 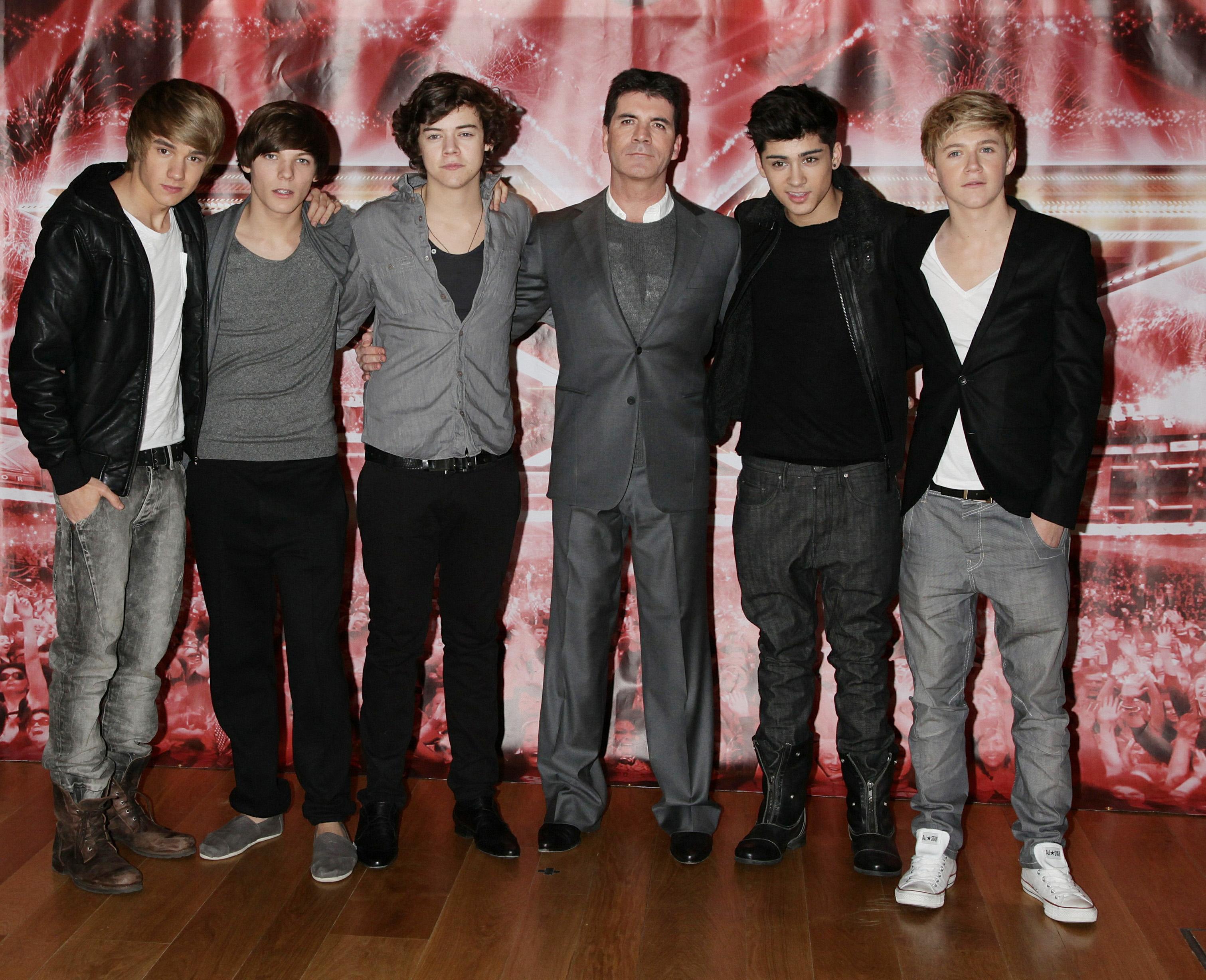 Is Simon Cowell married and how many children does he have?

For a long time, Simon was well known for his womanising ways and said he was not interested in steady relationships, marriage or kids.

But he is now in a relationship with socialite Lauren Silverman, and the pair have a son, Eric, who was born in February 2014.

The pair embarked on an affair which resulted in Lauren getting pregnant in 2013, while she was still married to Andrew.

He and Lauren have been together since, but are not married.

Recently, The Sun Online exclusively revealed how Lauren rushed to Simon's rescue during his charity event when he couldn't hold back his tears.

He was overcome with emotion after watching a video of him spending time with terminally-ill children and Lauren showed what a supportive partner she is by continuing Simon's speech where he had left off. 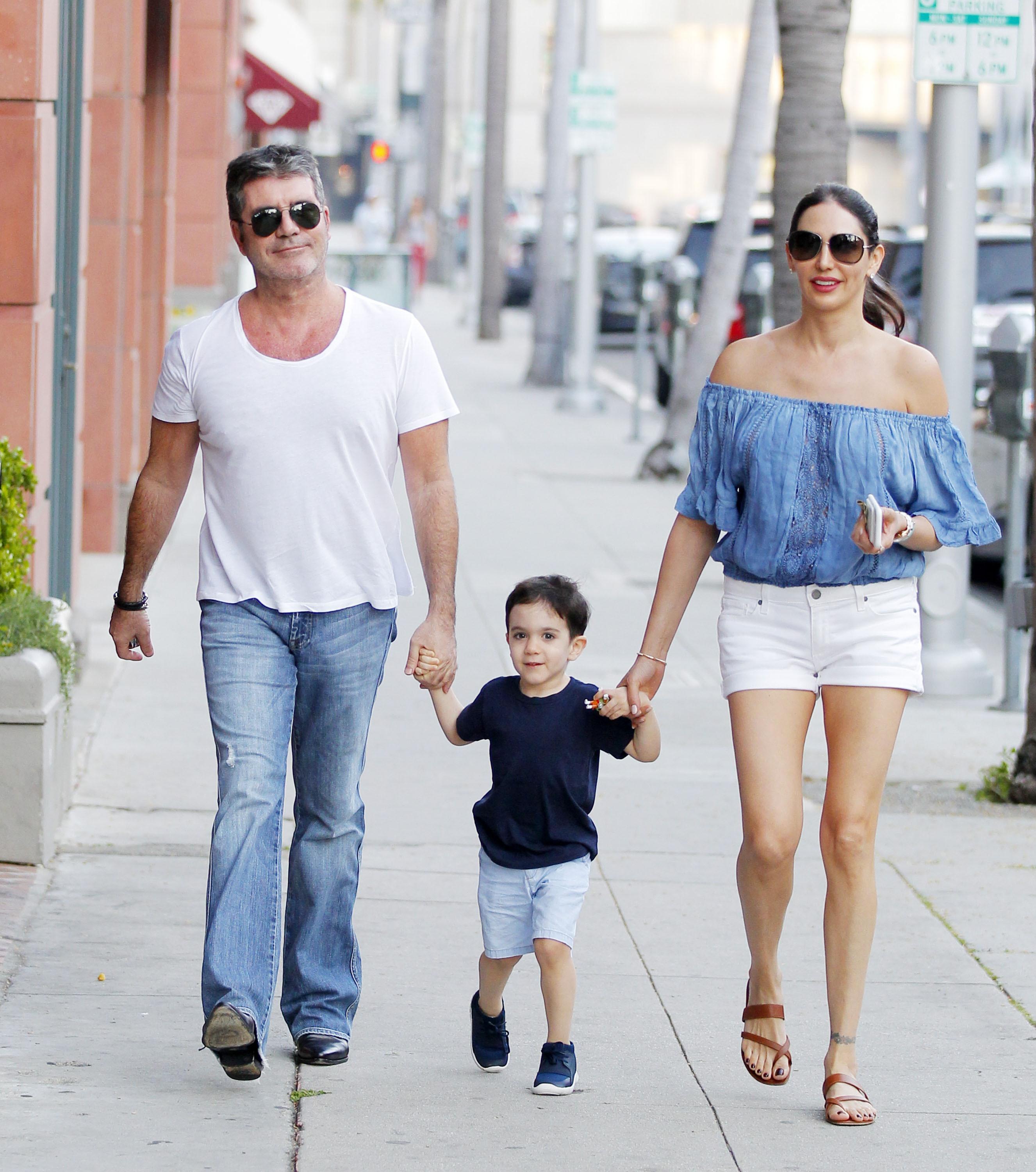 Who has Simon Cowell dated in the past?

Before settling down with brunette beauty Lauren Silverman, Simon was a notorious lothario, with a rotating cast of gorgeous girlfriends.

His most famous ex is Sinitta, who he met when she was signed to his record label Fanfare Records and he produced her hit So Macho, in the mid-eighties.

Simon also dated page 3 girls Jackie St Clair and Georgina Law – who had Simon’s blessing when she sold a kiss and tell story about her relationship with him.

TV presenter Terri Seymour managed to tie Simon down for a whopping seven years, making it his longest known relationship to date. The pair split in 2008, but remain close friends and speak every day.

Simon also had an affair with Dannii Minogue when she started as a judge on The X Factor. 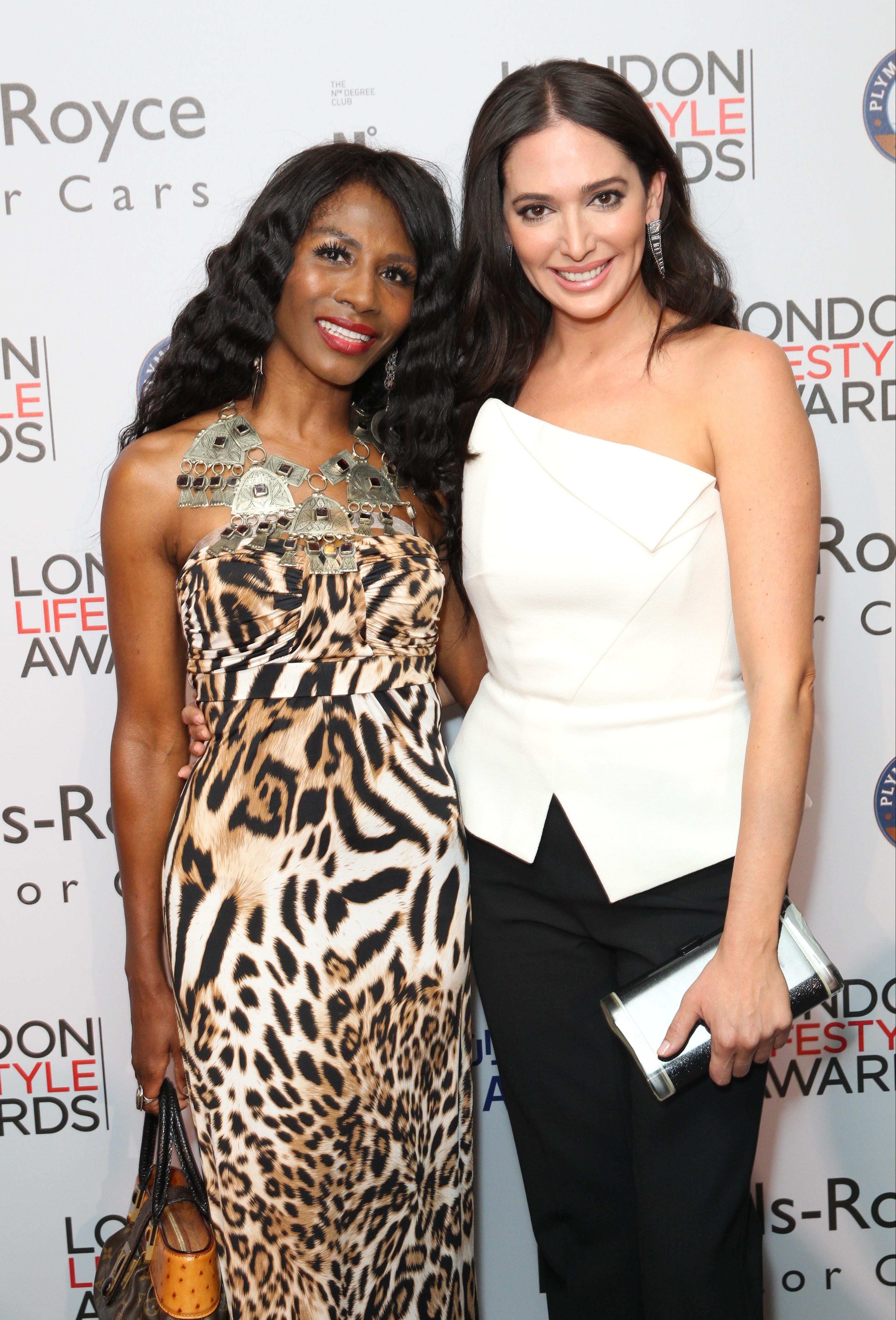 Katie Price has also confessed to a night of passion with Simon in 2003, which she called the first night she had spent with a “proper man” after loving his hairy chest.

Katie's ex-fiancé Leandro Penna also claims he ended their relationship after Katie snuck off to Simon's London mansion for sex in 2012 – though Katie denies this.

Simon is still good friends with many of his ex-girlfriends, and he, Lauren and Eric frequently spend family days with them.

In Christmas 2016 they holidayed in Barbados with Sinitta and Terri Seymour, both Simon’s exes. Both women brought their new boyfriends along, while Terri brought her daughter Coco too, who is around the same age as Eric.

What is Simon Cowell’s net worth?

Simon is worth more than £300million for his Syco Entertainment company.

The Sun Online revealed that his company made £38 million in just one year, which equates to £73,000 a day.

Simon himself is listed on Forbes 2017 World's Highest-Paid Celebrities list at No50 with $43.5million.

Syco manages TV shows like The X Factor, which has its own version in 45 countries, and the Got Talent format, which has aired in nearly 200 countries.

It also manages Simon’s music business with artists like One Direction and Little Mix – so it’s no surprise Simon is a very wealthy man.

Where does Simon Cowell live?

Simon Cowell spends his time between London and Los Angeles.

His London home is in Holland Park, known as the city’s "golden postcode" because the houses there are so expensive.

His notable neighbours in the £10 million mansion include the Beckhams and Elton John.

But the Holland Park mansion is nothing compared to Simon’s lavish Beverly Hills pad.

He designed the 9,335 square foot property himself and was involved in every aspect of its completion.

The luxury pad boasts six bedrooms and six bathrooms and includes a professional tanning salon, a state-of-the-art gym, a luxury spa, a swimming pool, and a live-in butler’s and maid’s quarters. 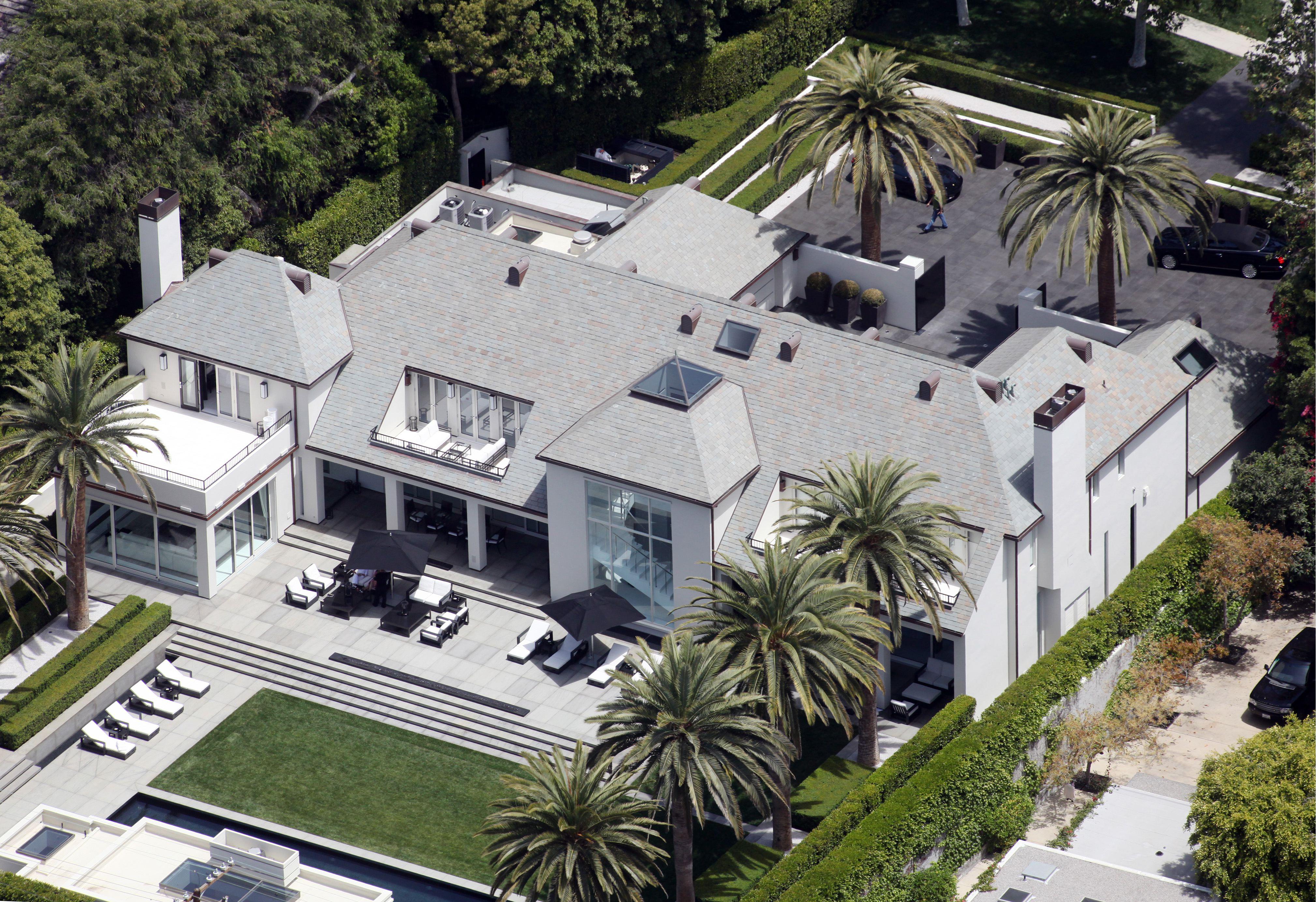 Is Simon Cowell out of touch with the public?

According to Amanda Holden and Stephen Mulhern, yes!

His Britain’s Got Talent co-stars claim he has no clue about ordinary everyday life.

Amanda Holden, 47, revealed Simon was baffled by a comic’s supermarket shopping jokes on the ITV show, back on TV on April 13, 2018.

“Later, I had to explain to him how you get £1 back on a trolley.

"That was another phenomenon for him.

“He orders fish and chips and baked beans on toast, so we all think he’s a man of the people. He’s changed.”

Mulhern, 41, host of ITV2 spin-off Britain’s Got More Talent, added: “We also found out that he’s never had a Twix.

“Come on, how crazy? It’s bizarre that he’s never had one.”