Home » TV & Movies » 'WandaVision': Is This Sweater a Huge Clue About What's Next for Monica Rambeau?

Is the MCU about to broaden its… Spectrum? 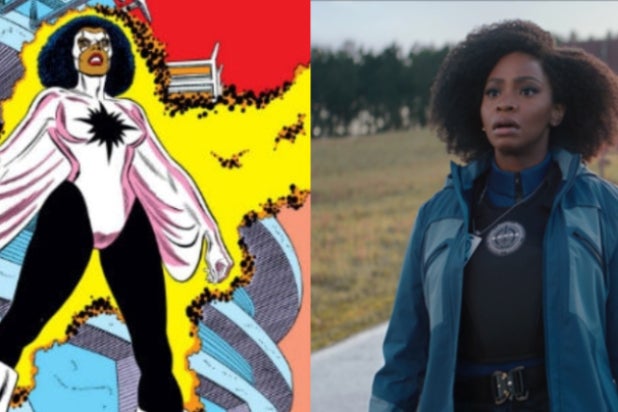 Ever since Monica Rambeau debuted as a little girl in the 1995-set “Captain Marvel,” fans have been expecting to see her show up at some point with super powers. After all, in the comics Monica Rambeau is the civilian identity of the superhero known as Spectrum.

Spectrum is of course only the latest name Monica has used. She was previously known as Phaser, and before that Photon, and originally as the second Captain Marvel (a title she held long before Carol Danvers). But since 2010 she’s been known as Spectrum, and whichever name she uses, her powers include super speed and the ability to convert her own body into energy and back again — thus, the alias “Spectrum.”

Alas, though an adult Monica (played by Teyonah Parris) turns out to be one of the main characters of the Disney+ series “WandaVision,” so far she doesn’t appear to be anything other than a normal human — albeit, one who also works as a combination astronaut/secret agent for the government. And perhaps this is how it’s going to stay for the rest of the show’s run.

But if some “WandaVision” merchandise isn’t just a misdirection, that might change before the season is out.

So, over at Disney’s online store, you can buy a pretty smart looking “WandaVision”-branded pullover sweater. The official description reads as follows: “Take on the role of S.W.O.R.D. agent in this pieced construction pullover. Inspired by WandaVision on Disney+, the gray and black top features raglan sleeves and an embroidered logo patch that will let everyone know you’re a not-so-secret agent.” 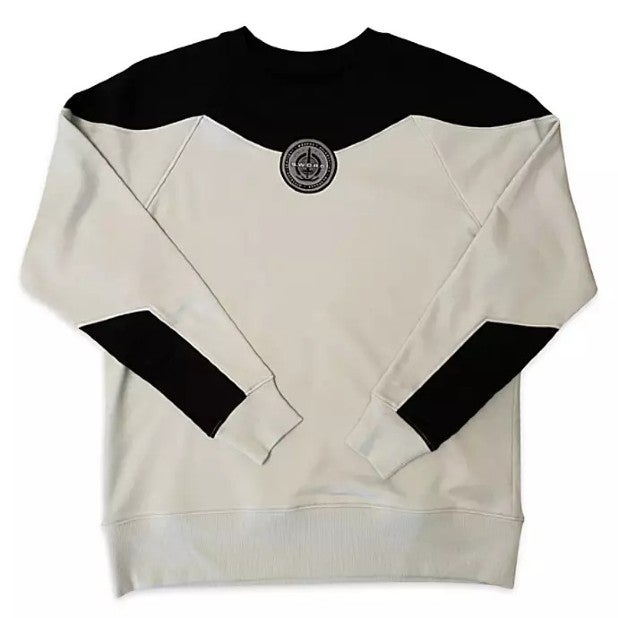 On the surface, this is just a stylish black and white sweater. But the S.W.O.R.D. logo is placed in the same spot we’ve seen it on every S.W.O.R.D. agent’s shirts. And we can’t help but notice the color scheme and pattern bear a striking resemblance to this: 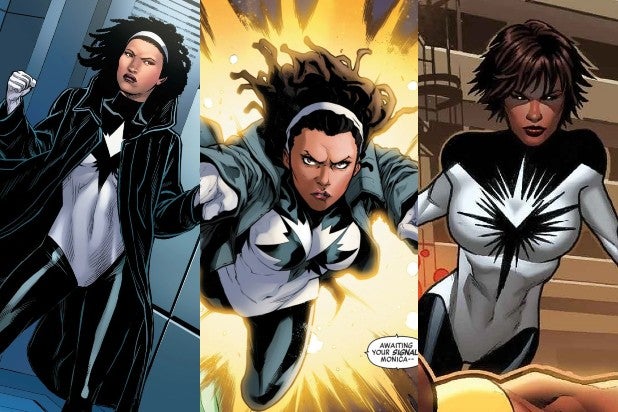 That’s Monica Rambeau in her full Spectrum get-up, which seems unmistakably the vibe that sweater is going for.

So what does it mean? We can only speculate for now, obviously. But if we had to take a guess, that black and white pattern is probably used for official S.W.O.R.D. combat gear in the MCU. Of course, yes yes, if you’ve been watching “WandaVision” then you know we haven’t actually seen anything like that outfit yet. The S.W.O.R.D. agents so far all wear standard issue government/law enforcement plainclothes, or HAZMAT suits.

But the Marvel Cinematic Universe has a history of coming up with plausible-sounding explanations for the colorful outfits superheroes like to wear in comics. For instance, Captain America’s corny outfit started out as the costume he wore during USO performances. And Natasha Romanoff’s comic-book catsuit was reimagined as a customized S.H.I.E.L.D. tactical uniform for the MCU (which explains how she’s changed it up so many times over the years).

And well, given that the S.W.O.R.D. sweater looks so much like Spectrum’s costume, we’re willing to bet at minimum that Spectrum is Monica’s S.W.O.R.D. codename (remember, her mom’s code name was “Photon”). And it sure seems a waste to debut the costume without the powers.

If so, does she already have those powers, or is she about to acquire them. A possible hint to that might have happened in episode 4, when Monica got sucked into the energy field surrounding Westview. Just before she approached the field, she asked FBI agent Jimmy Woo why he hadn’t tried to drive into town. He explained that “it doesn’t want me to,” adding “you can feel it too, can’t you? Nobody’s supposed to go in.” Somehow, Monica was able to resist that compulsion to stay away.

Another clue might be the moment in Episode 5, when Monica visibly winces at the mention of Captain Marvel. In the movie, Carol Danvers was Monica’s beloved aunt. Something clearly happened between them since the 90s but what is never explained. But again, that’s all just speculation.

All we know for sure is that the next time we see Monica in the MCU, it’ll be in “Captain Marvel 2,” and that it would certainly save a lot of time to introduce her superhero alter ego in “WandaVision” rather than have that film be her origin story.