Virgin River star Martin Henderson has shared a tribute to the cast and crew of the popular Netflix show upon filming the 50th episode.

Taking to Instagram, the actor, who plays Jack Sheridan in the romance drama, shared a sweet snap which sees him standing next to co-stars Alexandra Breckenridge, Annette O’Toole and Tim Matheson.

WATCH: Have you caught up with season four yet?

He wrote in the caption: “We just completed shooting the 50th episode of Virgin River. Who knew we’d all still be here telling this wholesome love story for the ages!!??

“Big congrats to our extremely hard-working crew and our talented delightful cast for always striving to make this the best for you incredibly passionate and oh-so-discerning audience.

“We do it all for you!! Thank you for watching, maybe we’ll make at least 50 more!! #virginriver @netflix #50episodes #happyhalfcentury.”

The cast are currently filming for season five of the show, which is expected to be released sometime next year. 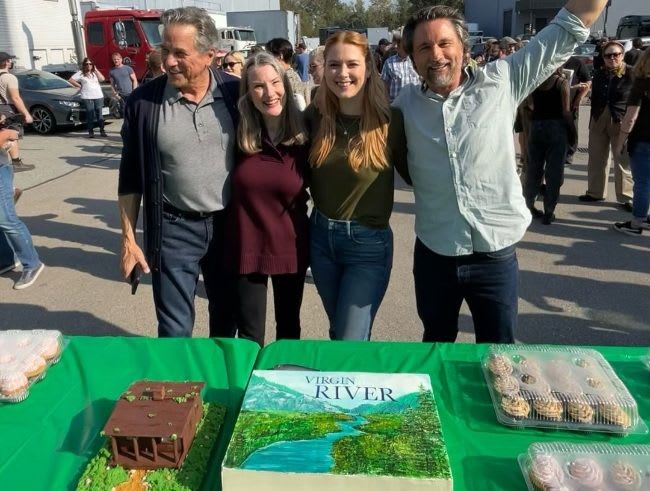 The cast have filmed their 50th episode

Chatting about what fans can expect from the upcoming season in an exclusive interview with HELLO!, Annette, who plays Hope, said: “There is a big thing that happens right in the middle of the season that brings the community together in a very big way,” she said. “It’s a kind of timely topic that’s happening in our country and I’m really glad that they’re going there.

“I don’t think we’ve ever done anything like this. It’s an important issue and I’m glad that we’re getting into things like that on the show.

“I don’t know if that will continue but it certainly is something that the town gets to all come together and be part of and work together,” she added.

The comment comes after Alexandra Breckenridge, who plays Mel Monroe in the series, revealed that fans are in for a series unlike any other, which she described as likely to “leave people on the edge of their seats”. 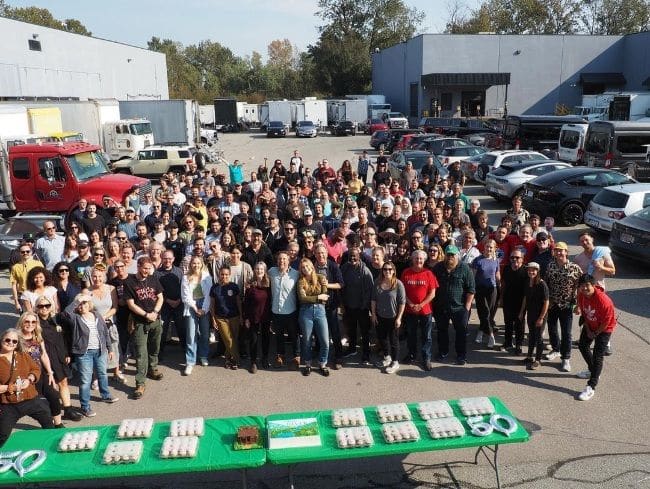 When asked about the new episodes during an interview with New Beauty in the summer, she said: “I think this season has started out well and we’re getting into a few episodes soon that are pretty heavy.“

“They’re really intense and I think that they’re some of the best episodes we’ve ever done,” she continued. “I never say that either! I think that there’s a high sense of drama that starts to come up this season that it’s going to leave people on the edge of their seats. At least, I hope. I’m excited to get into that.”

'I Know What You Did Last Summer': Biggest Difference Between the Amazon Series and the 1997 Horror Movie