Home » TV & Movies » Vigil: Who drowned Jade? 5 questions we have after episode 3 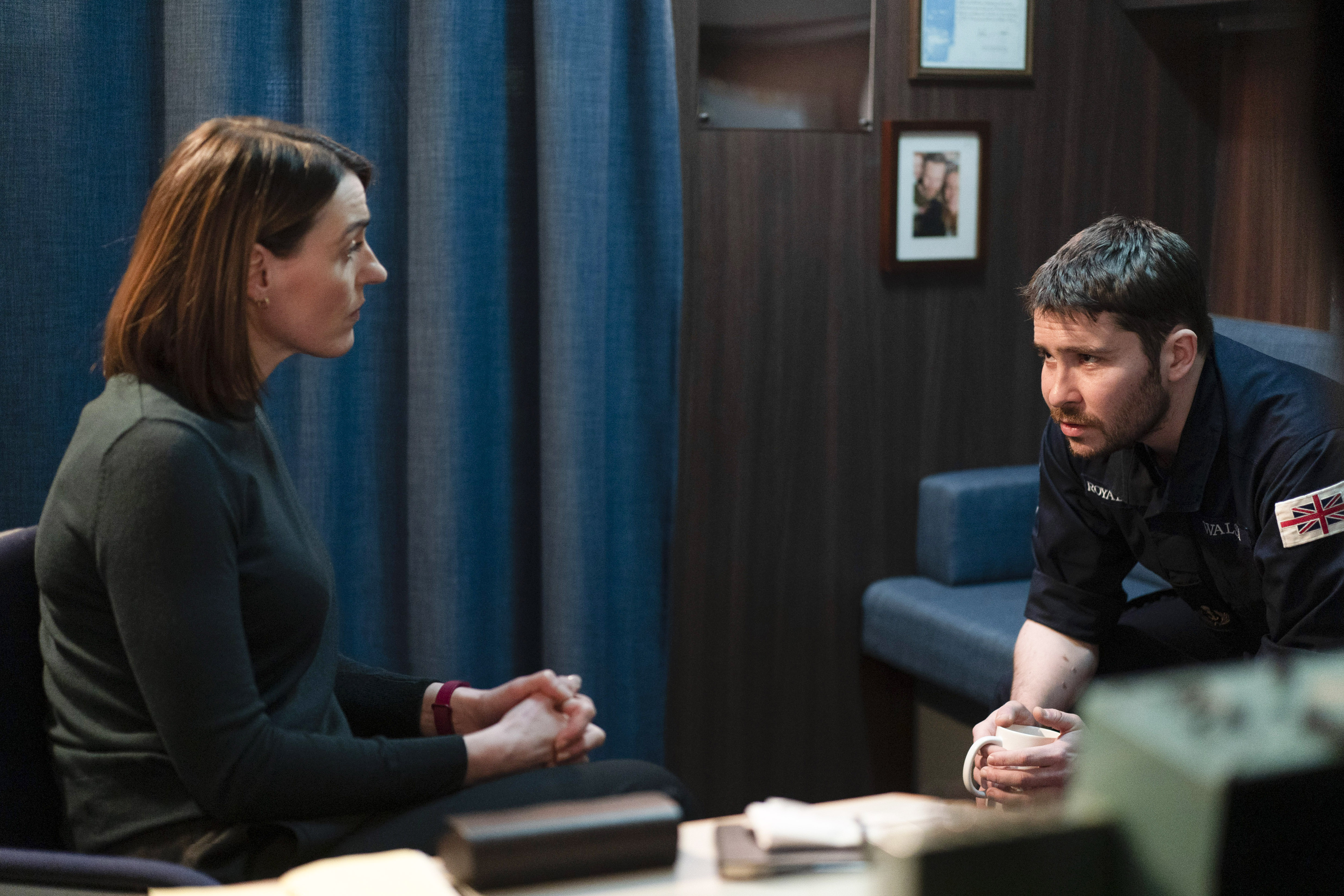 The most gripping murder mystery on the telly continued on a the HMS Vigil on Sunday night, far below the depths of the North Sea.

There were new developments and further complications in the case, as the suggestion of a wider conspiracy within the armed forces slowly began to develop.

DCI Silva and DC Kirsten Longacre (Rose Leslie) were determined to do all they can to reach the bottom of it. As always, though, there were more questions raised than answers as the truth still remains well and truly hidden.

Here are five burning questions we have after episode three of Vigil.

Episode three picked up in the aftermath of Jade Antoniak’s (Lauren Lyle) drowning, with her body recovered following DC Longacre’s attempts to save her.

Craig’s girlfriend was found drowned ‘by someone much bigger than her’, and the hunt is still on for her killer.

Before her death Jade expressed suspicions in the navy’s involvement in Craig Burke’s (Martin Compston) death and of infiltration within the peace camp by MI5.

DC Longacre believes they deaths are a coordinated attack connected to the death of Craig on board the Vigil. Could the person responsible for the murder be the man who attacked DC Longacre in her home, too?

Was Craig spiked with LSD?

The USB stick left by Craig contained a drug test relating to a hair sample taken from one of the crew members on the HMS Vigil. It tested positive for LSD, appearing to directly contravene a ruling from the navy that all the crew had tested negative to drugs during a scandalous event in Florida, which ended up with two men declared dead.

DC Longacre is convinced that he was keeping the sample to try and prove that he was spiked, and to use as ammunition to prove the navy’s corruption – but what will it prove?

How will the iIllicit photo of Tiffany Docherty impact the case?

Another key piece of information stored on the USB stick showed illicit pictures of the boat’s doctor Tiffany Docherty (Anjli Mohindra) with a mystery man, who could only be identified by a dragon tattoo on his arm.

Thanks to a coded message sent to DCI Silva, she spotted a picture of CPO Elliot Glover (Shaun Evans) on his desk with his tattoo on show, and it was confirmed that Elliot was the man in the picture.

We have a few questions on this one. While it proves that the doctor and Craig were having an affair, what bearing will it have on the case?

Could Commander Newsome have a sinister role in all this?

Disgruntled member of the crew Tara Kierly (Lois Chimimba) informed DCI Silva that Craig had a ‘s*** list’, with incriminating files on everyone. After being informed, Tara also revealed that she informed Commander Newsome (Paterson Joseph) about the files.

What incriminating information was on those files, and was Commander Newsome perhaps so desperate to keep it hidden that he’d be willing to help orchestrate Craig’s murder?

Who is Harmison who killed two people in Florida? And how was it covered up?

Drunken CPO Gary Walsh (Daniel Portman), who is facing discharge from HMS Vigil, let slip that Harmison – a previous crew member on the Vigil– was responsible for the deaths of two men in Florida, which appears to have been covered up by the Navy.

Harmison’s negligence led to the gruesome deaths of two workers, and very nearly a major nuclear explosion. Following the scandal, he transferred to the Middle East under mysterious circumstances, and Craig knew all about it.

Who is the one responsible for covering up these scandals? And how will the effects be felt in the coming episodes? Only time will tell.

Vigil continues next Sunday at 9pm on BBC One.

The Wedding Singer Turns 23! See the Cast of the Hit Comedy Classic Then and Now