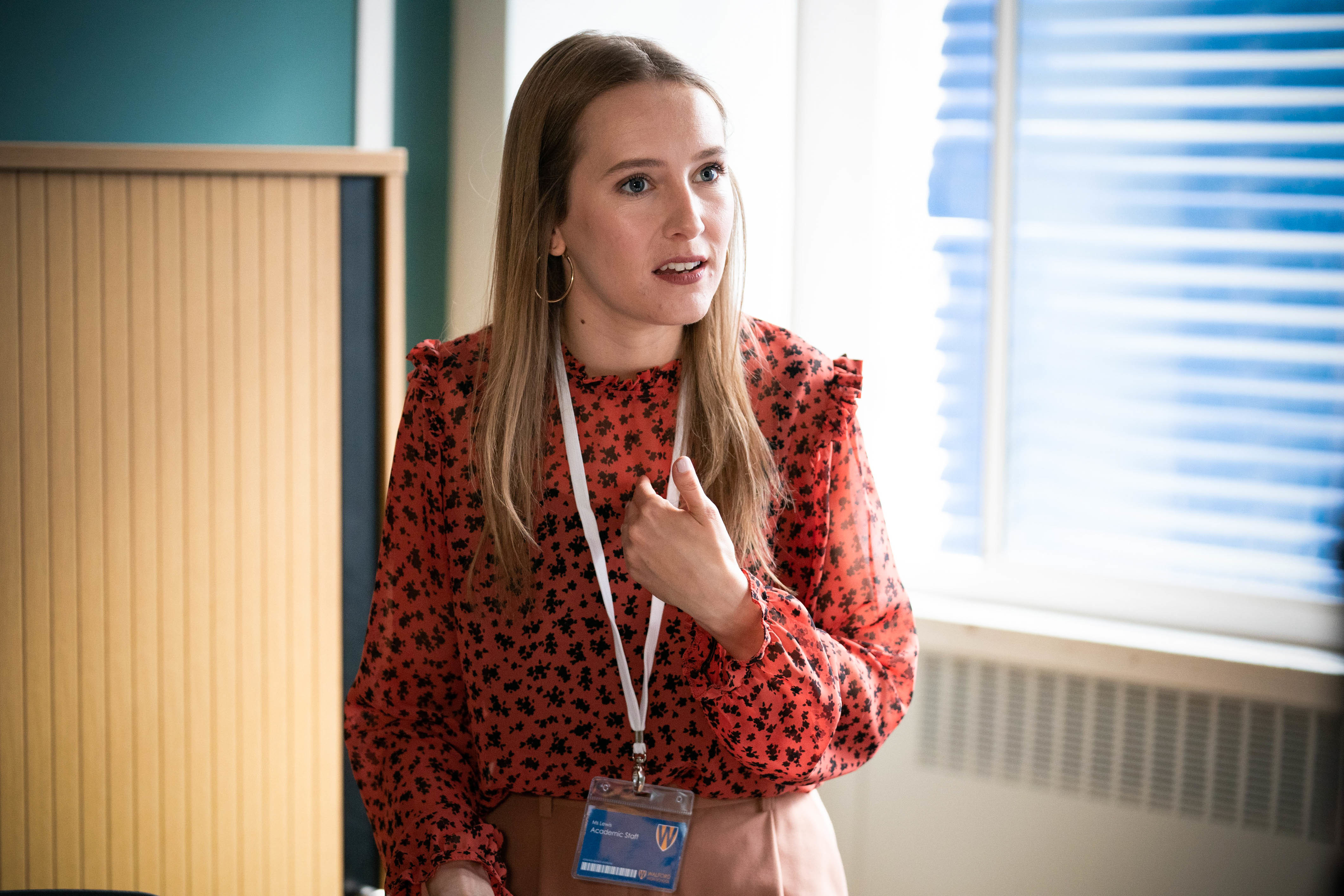 As Rose Ayling-Ellis prepares to say goodbye to her EastEnders role of Frankie Lewis, she’s been involved in some ground-breaking and important storylines and is set to feature in another in episodes to be aired soon which highlight women’s safety on the streets and online.

Frankie is excited to start a new job as a teaching assistant, supporting deaf children. As she’s signing with a girl called Esme, she notices Amy (Ellie Dadd), Denzel (Jaden Ladega) and Nugget (Juhaim Rasul Choudhury) mimicking what she’s doing. She tells them off, but following this the three of them take inappropriate photos of her and use them to make a video, which they post online.

When Frankie complains about this to her boss, she isn’t satisfied with the way he deals with the issue.

Hoping to put these troubling events behind her, Frankie goes out clubbing with Lola (Danielle Harold), Felix (Matthew Morrison), Dotty (Milly Zero), Whitney (Shona McGarty), Vinny (Shiv Jalota) and Finlay (Ashley Byam), but it’s not long before a man starts hassling her on the dance floor, ultimately trying to kiss her. Frankie decides she’s going to go home, turning down Lola’s offer to come with her.

And, on the way home, she realises she’s being followed. The man from the club has come after her, and he confronts her in a deserted street.

Frankie is terrified for her safety, until a passer-by intervenes and she manages to escape back home, to the safety of Mick (Danny Dyer) and Shirley (Linda henry). They’re both concerned about what happened, with Mick stating that the important thing is that Frankie escaped without any physical harm.

Will that be the end of the ordeal for Frankie?