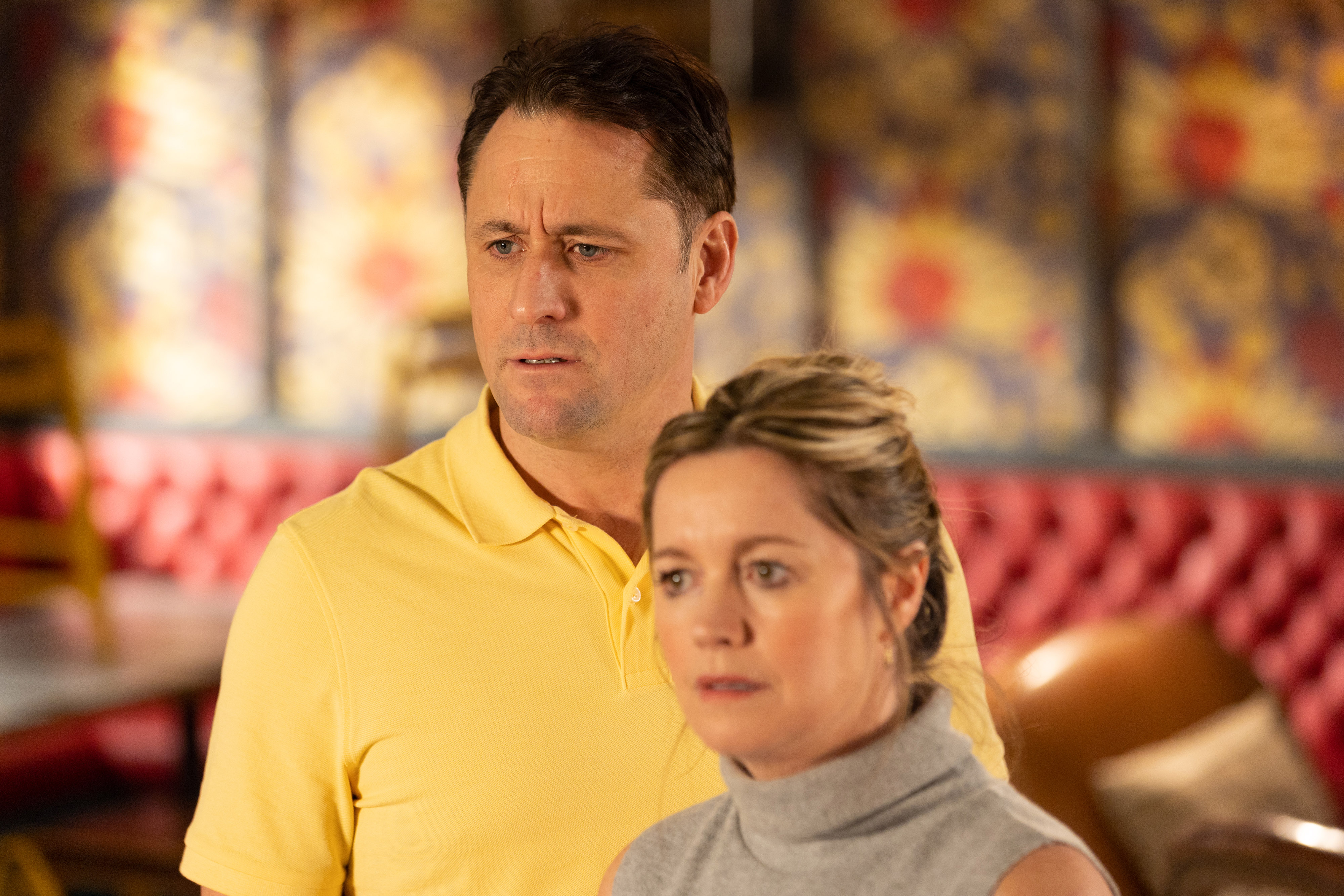 The popular couple have been through a lot over the past couple of months, from the death of their beloved Verity (Eva O’Hara) to Eric Foster’s (Angus Castle-Doughty) reign of terror, which culminated with Diane getting shot with a crossbow.

The incident sent shockwaves through the village, with Eric subsequently arrested for his crimes, while Diane and Tony have done their best to move on and start anew.

But the landlords of The Dog are set to receive more news next week, after Mercedes – hot of son Bobby Costello’s (Jayden Fox) sentencing – stops by their pub to drown her sorrows.

Pictures of the scene in question reveal Mercedes behind the bar she once owned, pouring herself a drink, ready to drop a bombshell on Tony and Diane.

The former landlady makes a huge confession, rendering the couple speechless. The question is: just what is has she revealed?

Could it perhaps be the way in which Verity died? The lawyer, as fans know, lost her life after killer Bobby crushed her with a bookcase.

Her death, however, was ruled an accident. Maxine Minniver (Nikki Sanderson) reckoned that Eric was to blame, and after his siege, it’s possible that other residents have come to believe this too.

Bobby’s role in Verity’s demise remains a secret, with his other crimes known to the police. Could the child perhaps confess to the lawyer’s death on the day of his sentencing?

If so, is this perhaps the confession that Mercedes makes? Will Tony and Diane finally discover what happened to Verity?

You’ll just have to tune in to find out.

Hollyoaks airs these scenes on Wednesday January 25 at 7pm on E4.

We Should Give The Bachelorette a Break for Keeping Luke Around